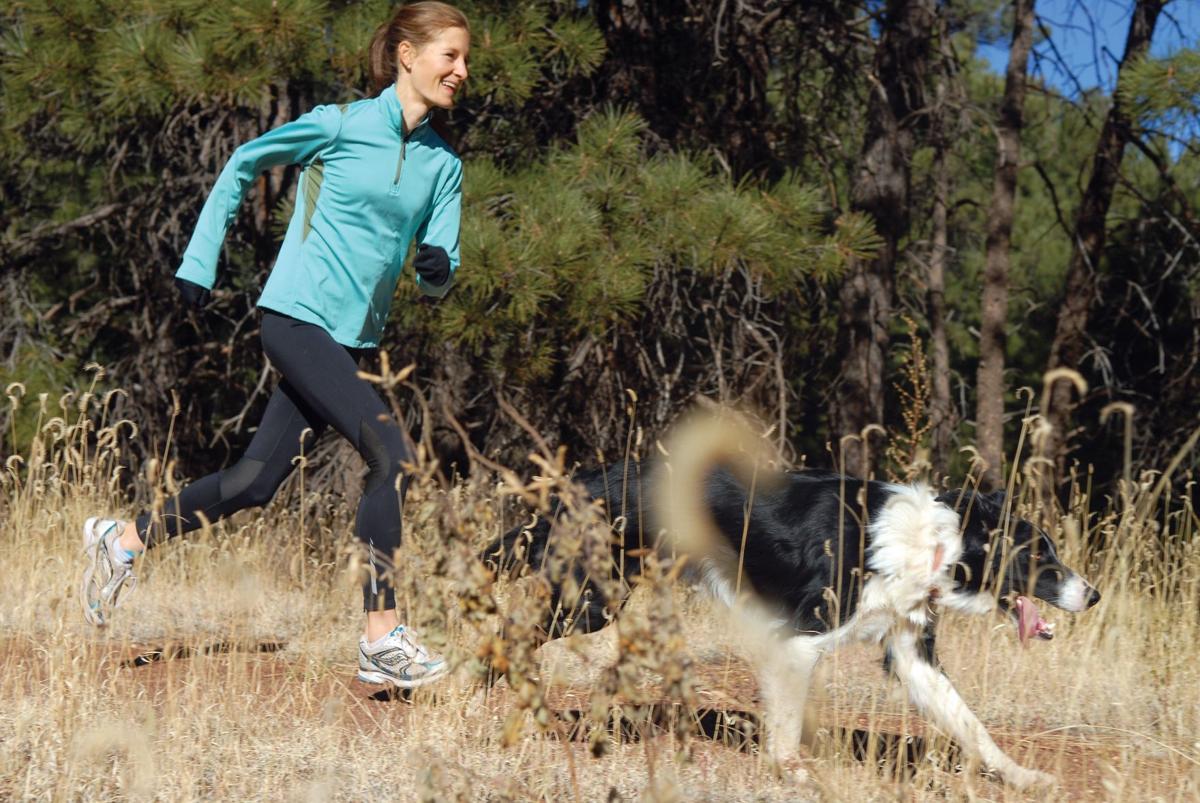 Alicia Shay runs on the Flagstaff Urban Trail System with her dog Tanner. Shay is an elite runner who does coaching with the RunSmart Program. Shay lost her husband, Ryan, who was also an elite athlete, as he had heart complications at the US Olympic Trials in New York in 2007. 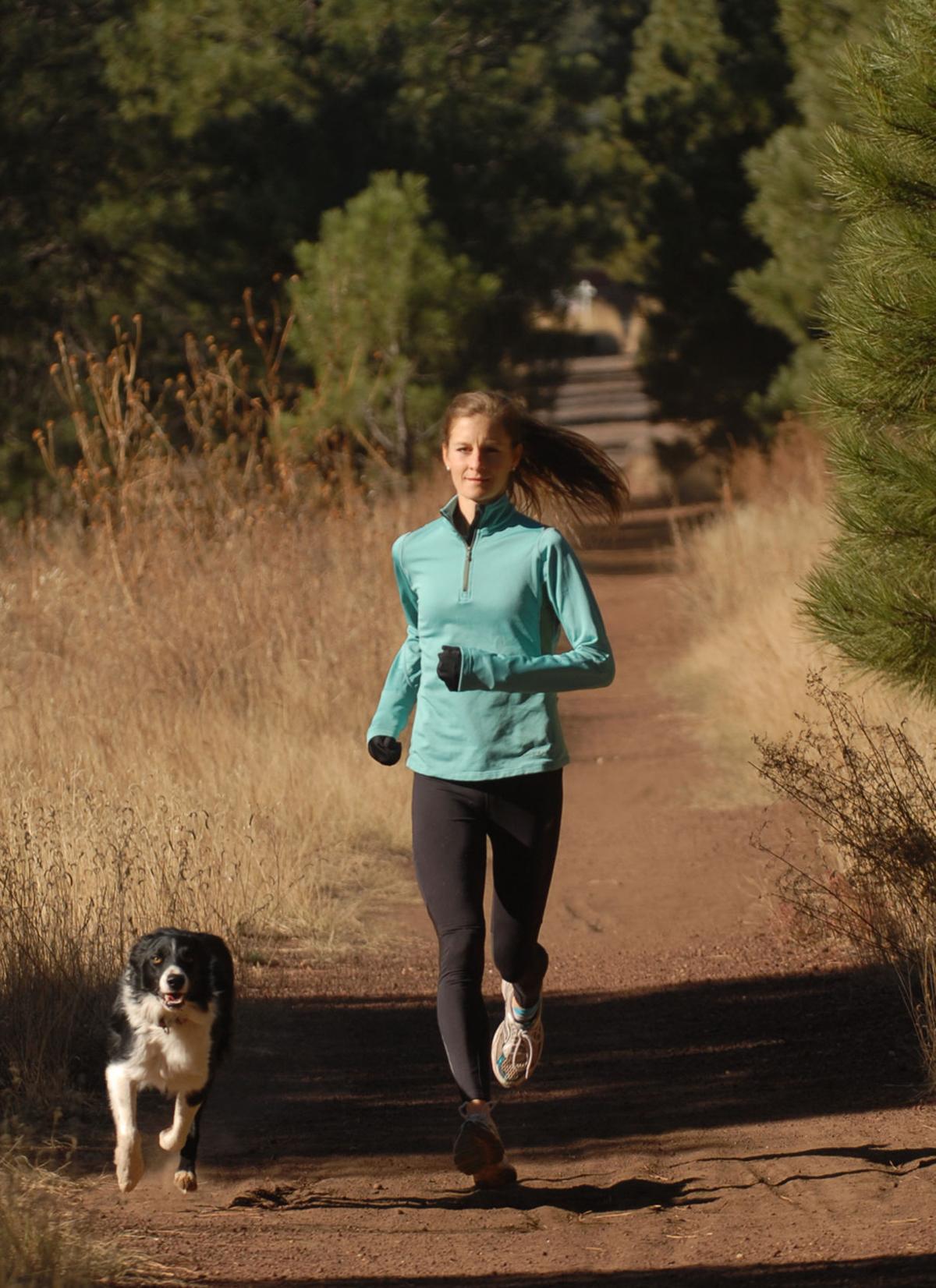 By MICHAEL SMITH Special to the Daily Sun

Last Friday marked 10 years since the passing of Ryan Shay, an elite marathoner who lived in Flagstaff.

It was a shocking, heartbreaking event that sent our community reeling.

It was the unexpectedness of the loss: Shay’s heart failed racing the US Olympic Trials Marathon in New York City.

It was his youth and strength: Shay was 28 and even among the country’s elite marathoners, known for his capabilities to push himself farther than most.

It was who he left behind: a mother and father lost a son, seven siblings lost a brother. But Shay had just married only months before, and that morning Flagstaff’s Alicia Craig (Vargo), lost her husband of four months, her best friend, her training partner, her love.

There is no sense in such an early loss, and the sorrow that followed. However, when we remember Ryan, the 10 years that have passed show us a stunning example of the healing that can occur, and just what a community can get through together.

In the fall of 2007, Flagstaff was humming with activity in the buildup to the Trials, a race held once every four years to determine the US Olympic marathon team. Our town was full of athletes deep in preparation for the race. One of those runners was a barrel-chested Michigan legend who was in his second year of calling Flagstaff home. A former NCAA champion from Notre Dame, Ryan Shay was someone I had heard stories of for years: tough, unbreakable, the workhorse.

He and Alicia, a former NCAA champion herself at Stanford, lived in my house for much of 2007 before their wedding. There I witnessed Shay’s grit firsthand. His training was so focused and intense. He believed no one would out work him, and what I was witnessing made me believe that too.

I can remember him passing me going opposite directions in Buffalo Park during a winter blizzard, not seeing his silhouette until right in front of me, charging, then gone into the white again. I was happy to simply be out shuffling through such conditions. Shay was running the same pace he did the other 364 days that year, insulted the blizzard would propose otherwise.

Alicia provided balance in Ryan. She was unfazed by his stubbornness, a confident equal who he would listen to. Alicia brought out a playfulness in him. I’d hear their giggling in the kitchen together, and I’d think, how would all the folklore of Shay hold up if anyone could witness the softness brought out in this love? I was reminded of this for a final time, in 5 a.m. darkness on Nov. 3, 2007, sitting on a bus waiting to move us Trials participants to the start line.

With my head resting against a window, it looked like everyone was loaded until I made out two last silhouettes emerging toward the bus. I recognized the outlines as Ryan and Alicia. In a brief moment their figures merged. She leaned forward in an embrace and watched him step away.

At 7:30 the race began, sending us speeding through eerily emptied city streets into Central Park. That is where Shay fell, although unknown to us racing until the end.

The finish of the Trials leaves one both trashed physically and blurred with a concoction of joy and sadness unavoidable at the end of a race years in the making. In this state, we heard “Ryan Shay was down.” That combination of words sent a spiraling disbelief through me that I still have never shaken.

The word didn’t fit in marathon racing. An early exit to a race is called “dropping out,” but more than that, the word didn’t make sense in a sentence that referred to Ryan Shay. I marvel at what that initial puzzlement speaks about the impression Shay must have left on me, that a man could have lived his life in such a way that the mere suggestion of his falling was to sincerely consider that something would have had to take his life to not finish.

When Ryan Shay went down, the running community, in Flagstaff and well beyond, was stunned.

The aftermath was a blur. I don’t remember flying back to Flagstaff. But I remember thinking that Alicia couldn’t come back here, to a house she shared with Ryan, surrounded by memories of him.

Incredibly, she did, and when I finally saw her she looked different, the grief tangible, impossible, exhausting. I remember Alicia quiet for a long time, preferring to stay in despite invitations. Nothing seemed to ease the unfixable. A too-early death is all it takes to teach you there are some occurrences in life for which there are no words to say.

We’d do anything to take away the grief, and for athletes themselves accustomed to answering physical pain by calling upon themselves to be superhuman, the inability to resolve the other kind of pain within one of their own leaves an aching helplessness. There is no quick fix to make it all go away. That is maybe the greatest lesson these years have taught me and what makes the next part that happened in Flagstaff so special.

There are no words, only time. Time, time, time. Not every step was forward. There were some days any sign of healing seemed distant, Ryan’s death close and hovering.

Silently, Alicia reminded us how to be brave. Like any distance, we had to find a way through one mile at a time; this was also how to navigate days. Our community became closer by supporting each other’s journey through our own reflections and sorrow, through showing up, over and over again through an array of unglamorous exercises of love: making meals together, humor, and of course, running.

For Alicia, that took years. It meant pausing her track and road pursuits while she restored physically and emotionally. The Peaks offered the perfect solace: the trails forcing one to abandon a once rigid requirement of pace for a deeper invitation to abandon time and stay longer, run farther.

I lose track of the years in that period. Maybe there’s some way that time stopped in all the miles behind those mountains. With her border collie, Tanner, Alicia became an expert in the trails over those years. Her joy was unmistakable, as the most fortunate of us had the experience of trying to stay up with her floating down some single-track, the sound of her laughing ahead.

Alicia didn’t just find her way back into her own running; it also brought her into the life of others. She began coaching athletes, guiding with nurture and wisdom beyond training. She hosted athletes here for altitude stints, and became a willing guide for visitors to explore the trails.

Here she found a co-pilot in adventure in Chris Vargo, an elite trail racer, himself delivered to the mountains through a transformation of his own.

Chris could match Alicia in spirit and curiosity. They started each day tackling new routes in the Grand Canyon and Peaks, finishing each day with a promise to go again tomorrow. Nothing could keep them from the mountain: when snow came they simply strapped on skis to reach their same summits, and when they realized they could get another hour in the Peaks if they didn’t have to drive, they simply moved beneath them.

In all the rebuilding that the years brought this town since Ryan died, Chris delivered us the final piece. Only Chris brought Alicia a joy we hadn’t seen in those years. Chris and Alicia married in 2016, and this last July they welcomed a little girl, Skylar Mae, into the world.

Young runners fill our trails every year and some will remind me of Ryan, charging through Buffalo after their own dream, strides full of power and strength. Ryan Shay seemed like the strongest of us all.

The absurdity of his heart stopping that morning, 30 minutes into a marathon, hasn’t lessened with a decade gone by. The lack of answers leaves us with a reminder of the frailty of this brief time we have, even when youth and speed have us feeling invincible.

Frailty is reality, even for the strongest of us.

I have no answers. However, what has emerged in the Flagstaff running community is perhaps more valuable. We’ve been taught we need each other, and simply by the agreement to keep showing up, we can get through the darkest times. And the next time we must pick each other up to step forward, there’s a woman in our town whose life here is just that reminder of what’s possible.

Alicia showed us that despite tragedy and its unbearable toll, with time there is life waiting to be lived. If you see Alicia either tearing down a trail, or with her beautiful family, you might see her strength like I do, a little nod to Ryan, each and every day.

We miss you, Ryan Shay!

Michael Smith is the Director of Men's and Women's Cross Country and Track and Field at Northern Arizona University. He also is the founding coach of Team Run Flagstaff. This column ran in two parts in the print editions of the Daily Sun, on Nov. 5 and Nov. 7, 2017.

Myles Schrag is coordinating editor for High Country Running. He invites submissions on any aspect of the local running scene, as well as submissions for the “To Imogene: A Flagstaff Love Letter” book project. He can be reached at myles.schrag@adinapublishing.com.

Alicia Shay runs on the Flagstaff Urban Trail System with her dog Tanner. Shay is an elite runner who does coaching with the RunSmart Program. Shay lost her husband, Ryan, who was also an elite athlete, as he had heart complications at the US Olympic Trials in New York in 2007. 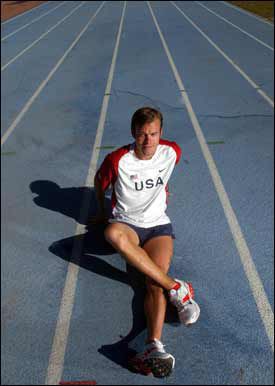 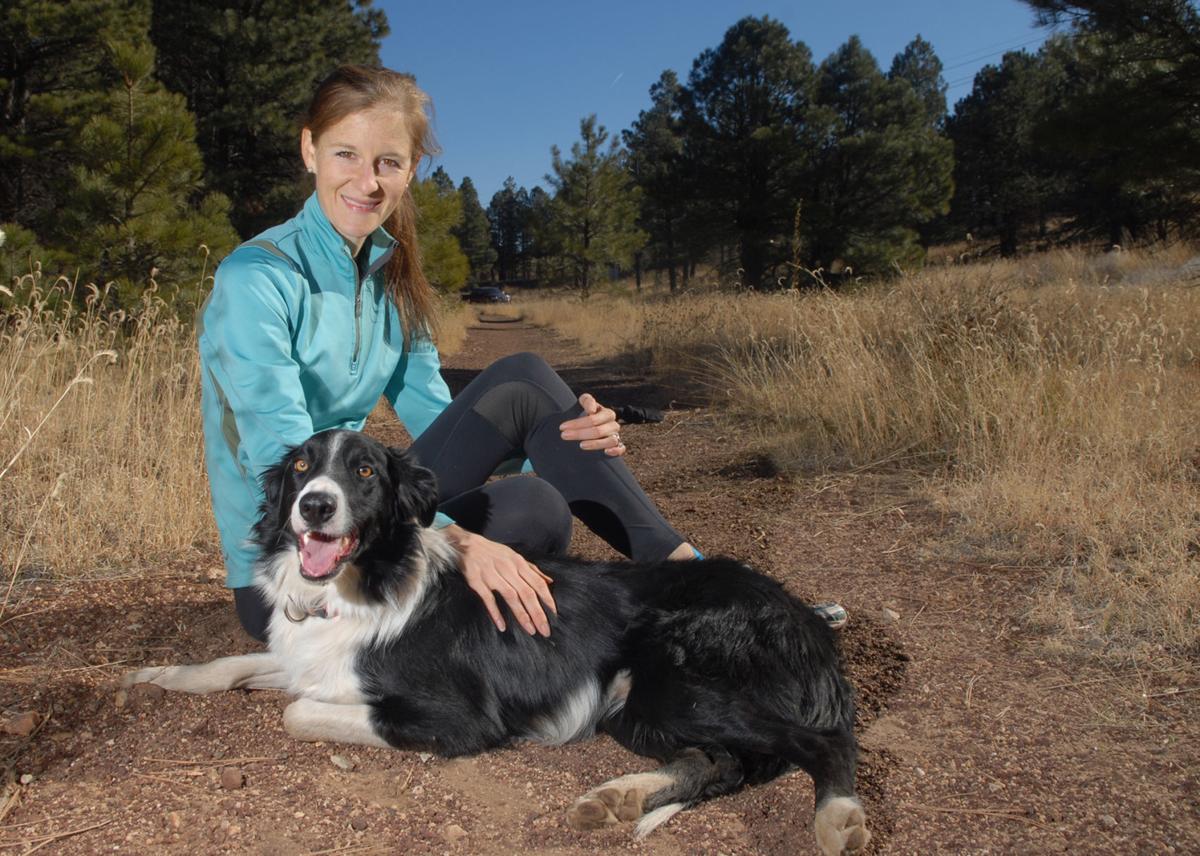