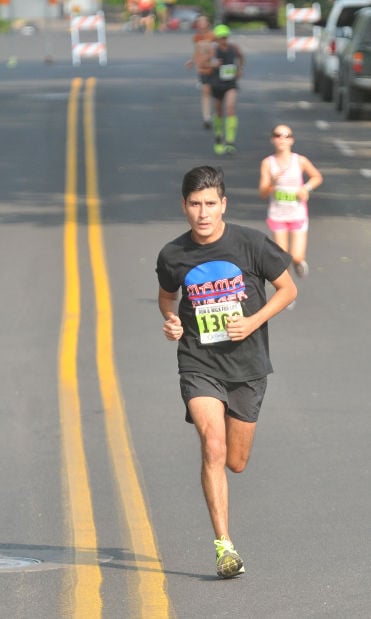 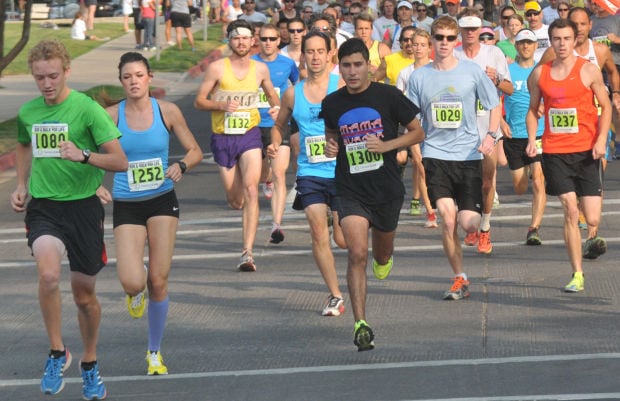 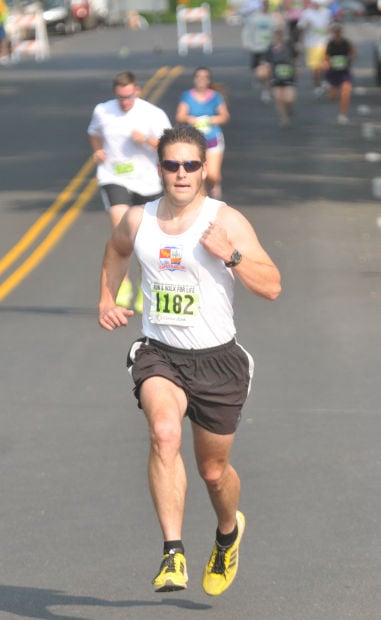 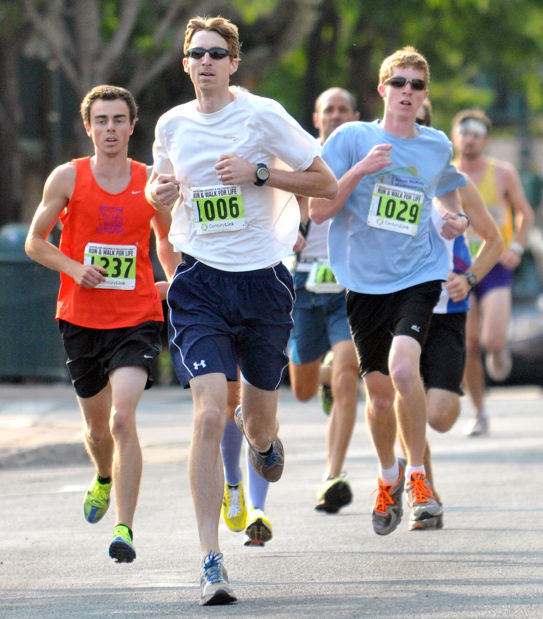 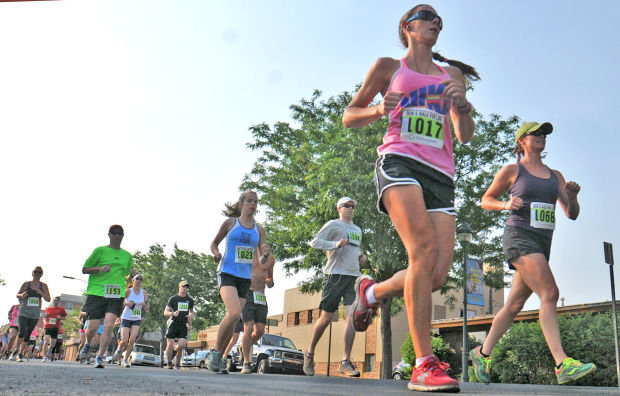 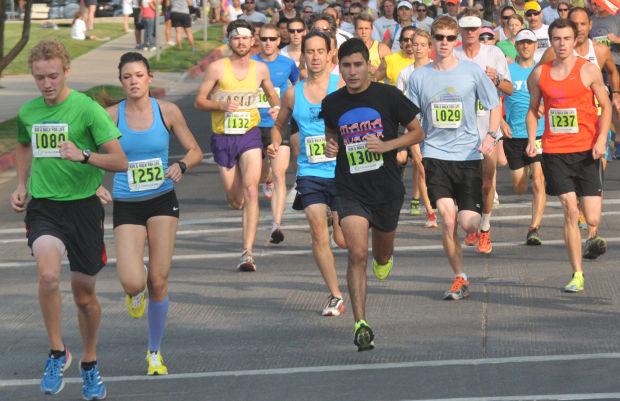 The race, which benefits end-of-life treatment to residents no matter their financial situation, started and ended at Flagstaff's Wheeler Park and weaved in and out of business and residential neighborhoods in between.

Eric Heins, Northern Arizona University director of track and field and cross country, was at the start/finish line to ceremoniously get both the 10K and 5K -- in which he later placed second -- under way for the runners.

"It was really fun and a great honor to be invited out here to start the day," Heins said. "It's such a great environment here in Flagstaff for running and road running and it's great to finally get here and support it."

Heins said being able to be in Flagstaff on a weekend when a Run Flagstaff Running Series race was being held was fortuitous. He added he enjoyed the chance to both serve as a sort of master of ceremonies and run in the 5K.

"I haven't been training too hard," he said. "I tried a 5K earlier in the week on a treadmill just to test things out and I ran two minutes faster today on the roads, so I'm happy with my finish."

Heins finished in 17 minutes and 36 seconds, just behind first-place finisher Gary Plank who won in 16:09.

Mercado, who won the 10K portion of the day's events with a time of 33:12, was pulled out of a weeklong break from his professional season schedule. His boss twisted his arm into competing, a move that paid off with a first-place finish.

"It was a good race," Mercado said. "I was in the middle of taking a week off after running in the U.S. Half-Marathon Championships in Duluth, Minn., last weekend and I was taking a break. Bernadette Chavez, the owner of Mama Burger, asked me to run in this race and I can't turn her down."

Mercado added that he had a good time running the race, which he said is the whole point anyway.

"Bernadette asked me to run a race, so I did it," Mercado said. "She's my boss and friend, so she asks me to jump, I say, 'How high?' As bad as I felt after being out of shape after a week, I did it for her."

Known as one of the fastest courses of the six-race summer schedule, the Run for Life course traversed the streets of downtown Flagstaff. Known for setting personal records for racers because of the few hills and overall flatness, the Run for Life race is a runner's favorite.

Flat with only a few slight uphills, the course did give 10K winner Mercado trouble because he isn't used to running at elevation.

"It's definitely a shock to the system and my calves are just screaming at me right now and getting used to running at elevation is a challenge," he said. "There were a few decent hills and I'm not used to the altitude. Every time going up an uphill felt pretty awful."

The Run for Life is one of the few races that is held on pavement, which caused female race favorite Sara Wagner to not compete as she prefers trail races, according to Northern Arizona Trail Runners Association's Neil Weintraub.

Bill Harris can be reached at bharris@azdailysun.com or 556-2251.

Look to the Chargers and Seahawks to make the playoffs

US Open: Can Phil Mickelson make the cut after A +4 Round 1

US Open: Can Phil Mickelson make the cut after A +4 Round 1

An injury could cost Jacob deGrom an award

An injury could cost Jacob deGrom an award