After compiling winning records in her first two seasons as coach of the Coconino Panthers girls basketball team, Cassie Schrader is ushering in a virtually new set of girls for the 2022-23 campaign.

The Panthers are expecting to have three main contributors returning from the past season -- in which they went 10-8 (8-4 Grand Canyon Region) and reached the 4A Conference play-in round -- but graduated a majority of the bench, and, specifically, the leadership of guard Wynter Huskie.

As Coconino takes on the June period, in which most of the players who either compete in club basketball or other sports are able to play with the Coconino squad, the group is making the slow transition to form its new identity with the young core. Many of the young players will make their debut at the varsity level come the winter.

“It definitely feels like a new unit. It’s my first time having this young of a varsity team. And it might take some time to have the girls make real chemistry,” Schrader said.

“I’ve only played with a little bit of them,” added junior Aubrae Laughter, who will likely handle the majority of ball-handling responsibilities as a returning starting guard. "It’s a challenge to kind of be a leader, and they’re coming up to a higher level."

Still, the expectation is that the new faces will create a formidable unit throughout their summer together and heading into the regular season come winter.

On the floor, Coconino will likely be one of the smaller teams in the Grand Canyon Region. There will be many circumstances in which the Panthers will be undersized at all five matchups, playing guard-sized players at each position.

That’s nothing new, though, as they had a similar type of roster in 2021-22. The Panthers have had success despite length disadvantages in the past, and they will try to do so again.

“I feel like we have some speed. Defense is strong. We’re smaller, so it’s easier for us to get close to the ball and get up into the offensive players,” Laughter said.

Schrader added that she believes the Panthers have a deeper pool of shooters than in the past. She is trying to mold the group offensively into one that is ready to push the ball down the court. If the defense is what Coconino expects, it can create turnovers and missed shots that lead to transition opportunities on the other end.

She saw such an effort early in June, when Coconino played a set of exhibition games at Snowflake High School.

Despite a slow start, the final game of the weekend was pleasantly surprising, as the girls started to show more cohesiveness.

“They got physically tougher. There’s pretty much a brand-new group of girls, and you could see at the end that they were together and wanted to go to war for each other. Holbrook is always tough, and they’re small too. We were up most of the game and lost by three, but you could see the difference,” Schrader said.

There are still many months for Coconino to find out what type of team it can be. There is a lot to iron out, but the attitude of those who will be on the court for the Panthers seems positive.

“It’s going to be fun. For the new people, I’m excited to see what we can do,” Laughter said.

The Panthers will continue to practice in June, and will compete in an exhibition tournament hosted by Flagstaff High School next week.

After the early part of a productive summer, Coconino senior Pierson Watson on Tuesday committed to play college football at BYU following his…

The Flagstaff Girls Softball Little League Majors team is moving on in the Arizona District 1 Tournament after a 4-0 win over Winslow.

WFLL All-Stars win big in District I first round

There is no question that Flagstaff is one of the prime endurance-running meccas of the nation. Our beautiful mountain town has made quite a r…

Around the same time Brittney Griner went on trial in a courtroom near Moscow, the Phoenix Mercury dealt with challenges closer to home.

Tristen Figueroa, a recent graduate from Flagstaff High School and a multiyear starter on the Eagles baseball team, signed his letter of inten…

The Flagstaff Girls Softball Little League (FGSLL) 9-11 All-Stars took the long route to earn the District I championship, but finished the di…

Northern Arizona runner Abdihamid Nur earned a spot on Team USA with a third-place performance in the men's 5,000-meter race at the USATF Cham… 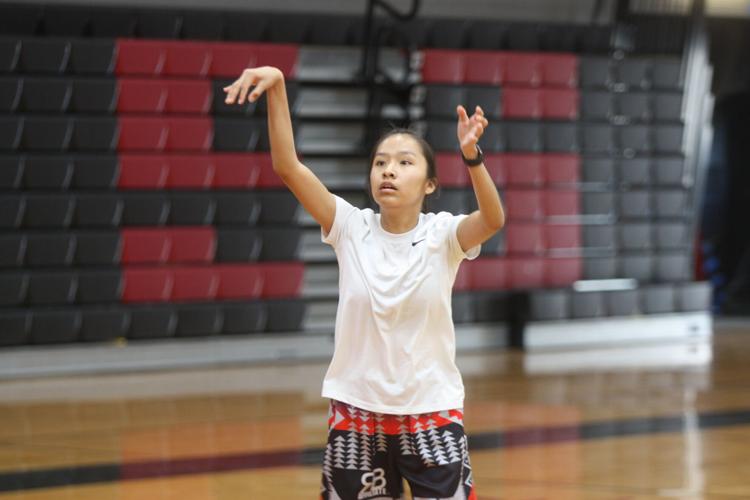 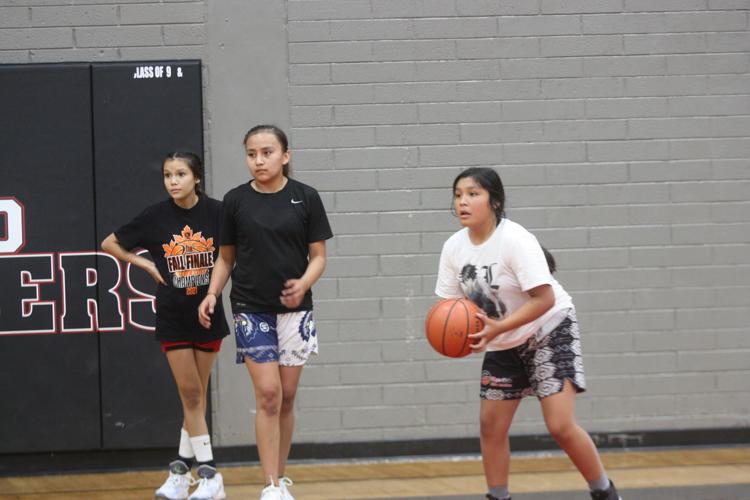 A group of Coconino girls basketball players look on during a drill Thursday at Coconino High School.