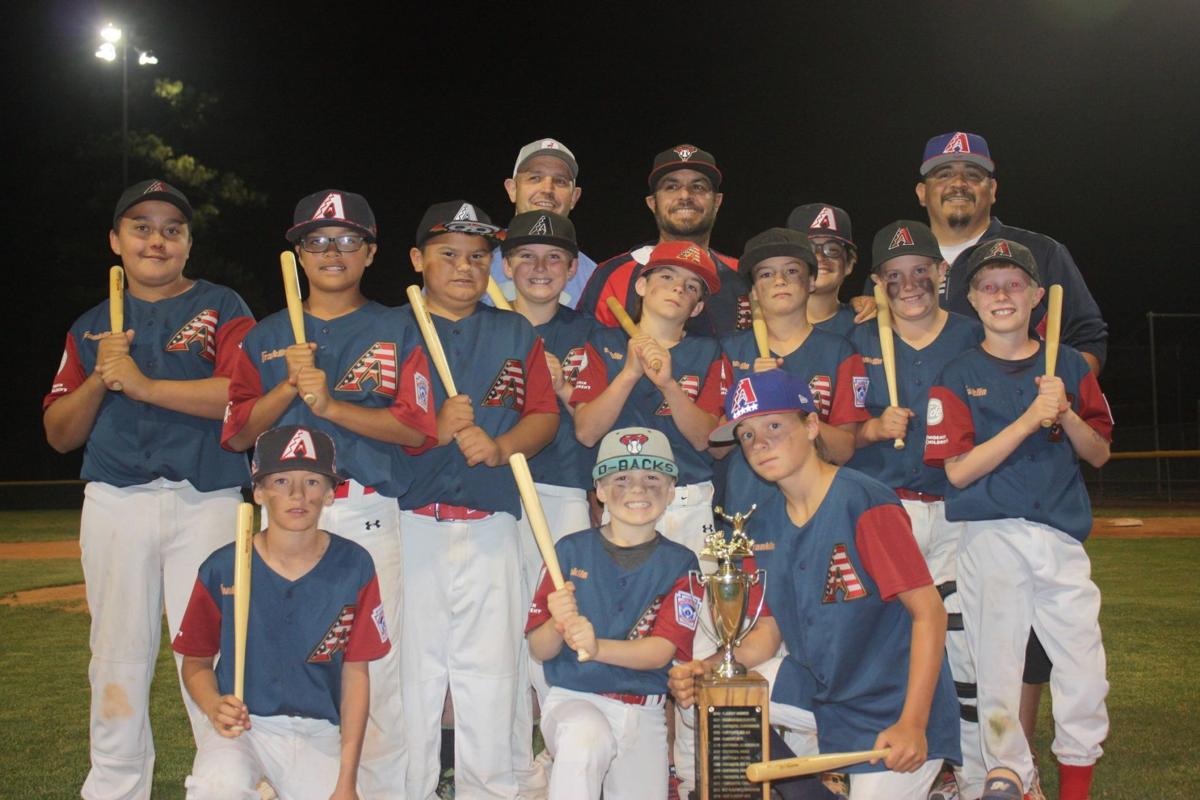 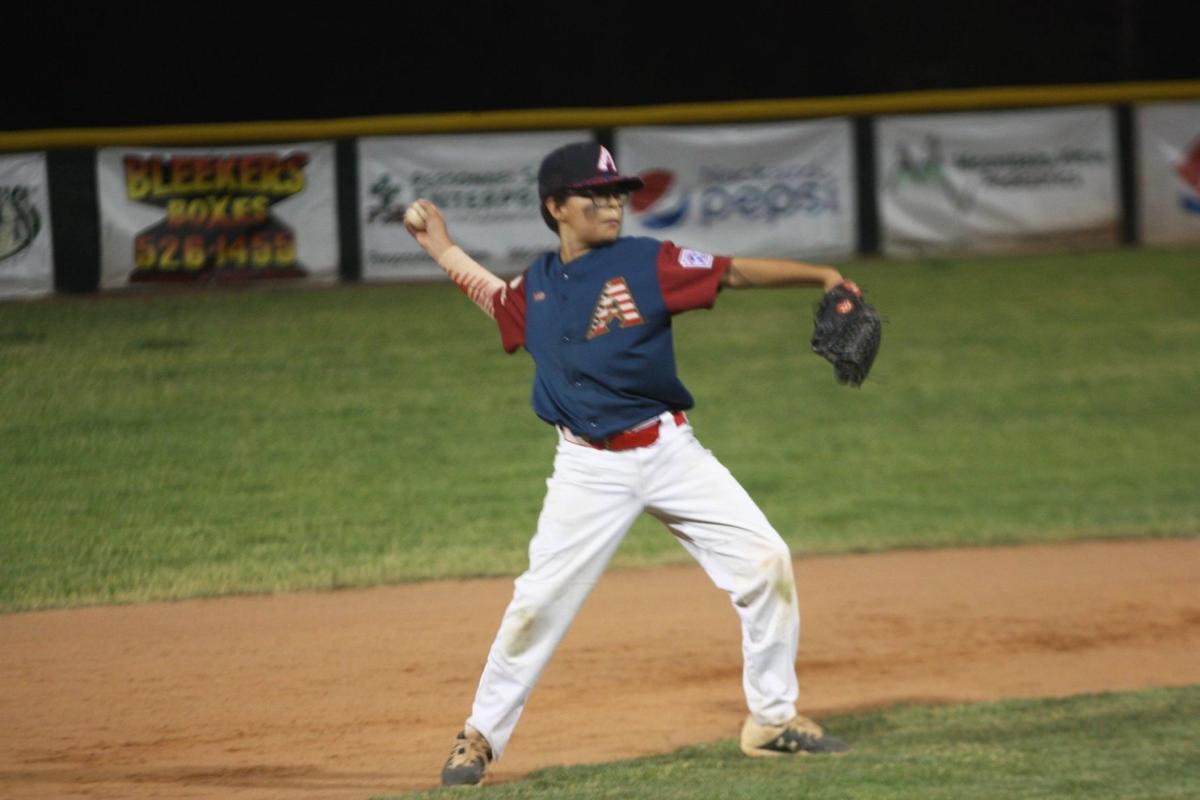 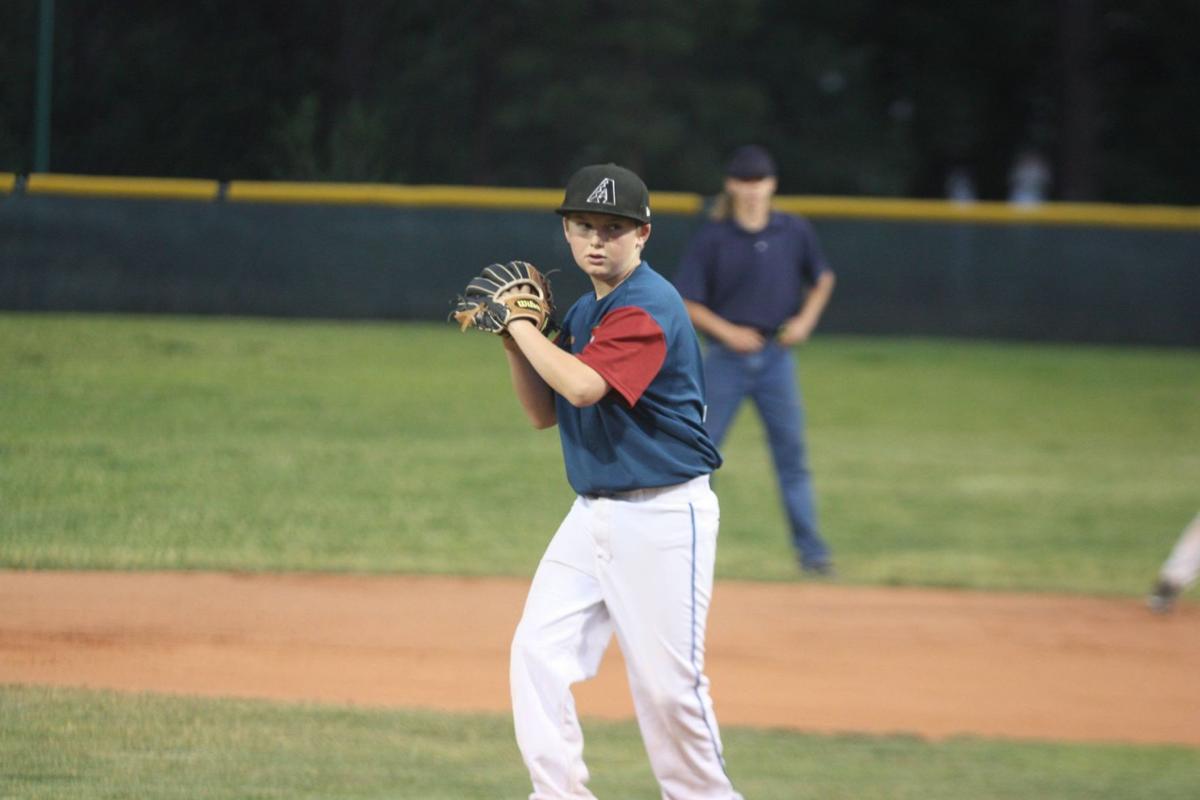 Tied 7-7 in the bottom of the seventh inning, Adam Cornn -- the last batter in Patriotic’s lineup -- had a full count with two outs. Cornn made contact, hitting a blooper to the right just over the first baseman’s outstretched glove and mere inches inside the foul line to extend the inning.

The next batter, Teyan Clerry, smacked a base hit to the left field wall, scoring Cornn all the way from first base to win the game as players ran onto the field from the dugout to celebrate.

“That’s why we have him there. He just battles and finds a way to get on. And then we can roll over our lineup and he’s a good baserunner,” coach Gary Kirkman said of Cornn, “and then the top of our lineup does the job.”

“I just wanted to get a hit and score a run,” Clerry added.

Patriotic trailed early, though, despite coming out ahead in the end.

Two players reached base on an error and a base hit. With two outs, Quentin Watkins laid down a bunt, catching Red off guard. He reached first base safely and advanced to third on an errant throw to first. Then, an error on the throw to third allowed him to round the base for a de facto three-run home run, despite hitting the ball no more than five feet. The game was tied 4-4 after three innings.

“He’s a great bunter. He’s blazing fast, so we tell him that if he puts it down fair, you’re not going to get him out, so we used that,” Kirkman said.

Red and Patriotic traded one-run frames in the third. Then Patriotic scored one in the bottom of the fourth to take a 6-5 lead, its first of the game.

They added another run in the next frame and led 7-5 after five, needing to simply close out the top of the sixth inning to secure the victory.

But, with one out, Red’s Kaiser King hit a two-run triple to tie the game. He was left on base, but his hit, combined with a three-strikeout inning for Patriotic in the bottom half of the sixth, extended the game to an extra seventh inning.

Aeneyas Clerry, brother of Teyan, struck out three batters in the top of the seventh, and Teyan’s base hit clinched the game and allowed Patriotic to hoist the trophy.

Teyan Clerry said he was proud of Patriotic, and the win was even sweeter after close losses in seasons past.

“(It’s) really good, because when I was in AAA I was second, and I wasn’t proud of that,” Clerry said.

Patriotic ended its season undefeated, though no game was nearly as tightly contested as Saturday’s championship.

“They just finish every play, and that’s how we did it,” Kirkman said.

Why is there still so much doubt surrounding the Atlanta Hawks?