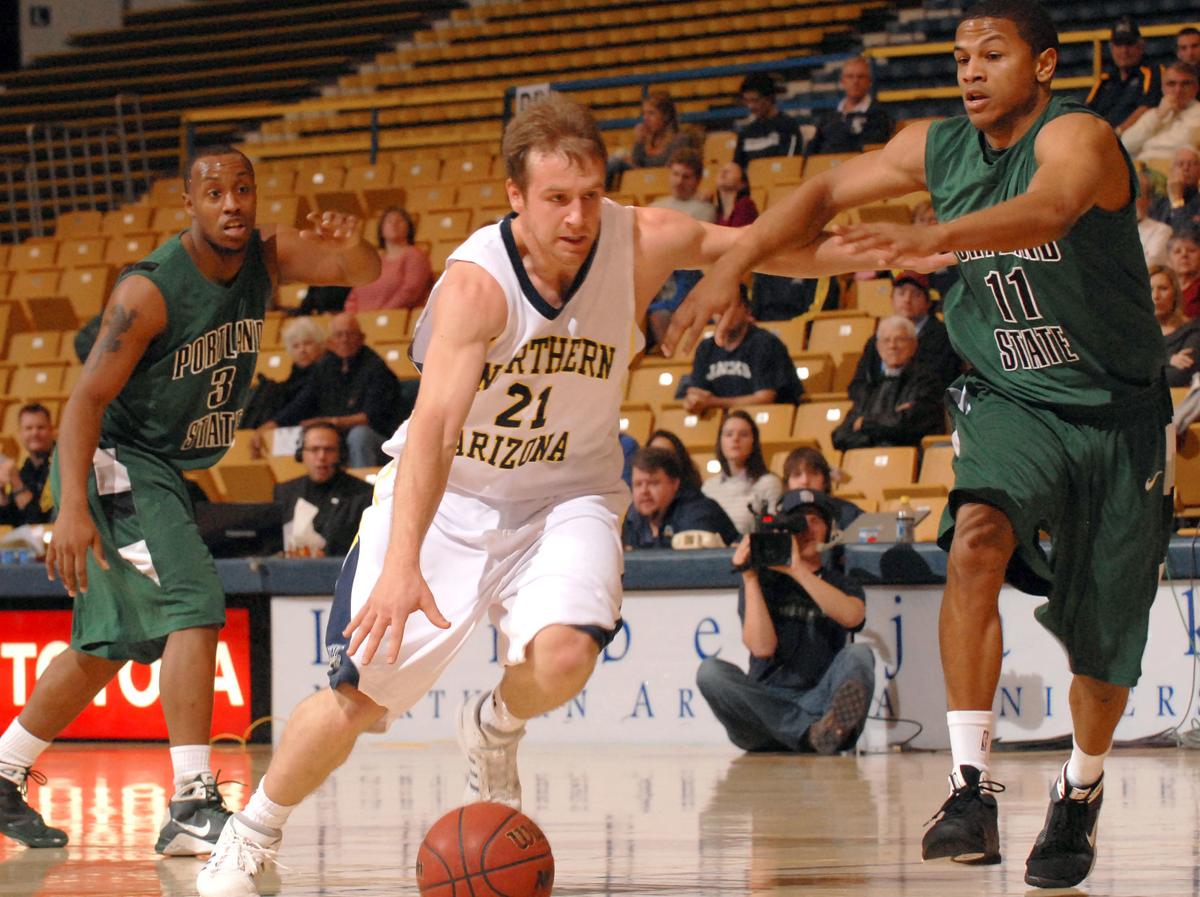 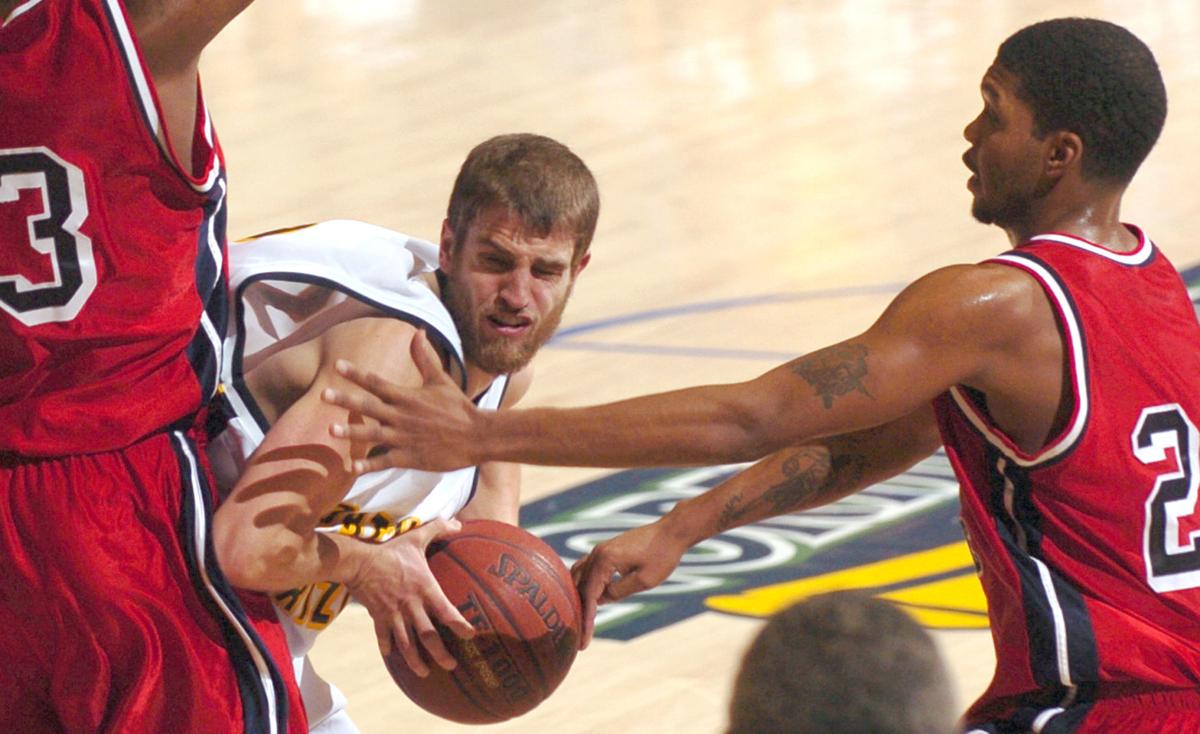 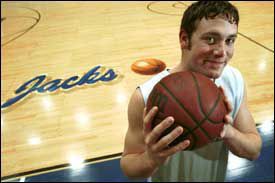 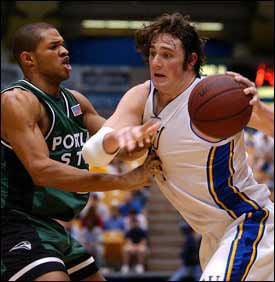 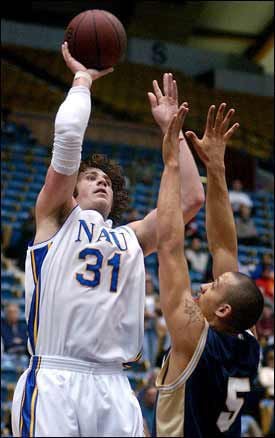 Nearly a decade after the youngest took the court for Northern Arizona University, a trio of Lumberjack greats will seek a national championship in a slightly altered version of their collegiate sport.

Josh Wilson, Kelly Golob and Ryan McDade are set to compete in the 2018 USA Men’s 3x3 National Championship at the United States Olympic Training Center in Colorado Springs, Colorado, on April 21 and 22. The three Lumberjacks alumni will be joined by Marc Axton, a graduate of Eastern Washington and former rival within the Big Sky Conference, as they hope to ultimately play in the 2020 debut for Olympic 3-on-3 basketball in Tokyo.

One of just 12 teams entered into the USA tournament, and one of the few boasting Division I college experience for all four members, the group’s Roots Academy team previously found success in the sport. In 2014, the trio of Lumberjacks won the Spokane Hoopfest Men’s Elite division, which stands as the largest 3-on-3 tournament in the world when held annually each summer in Washington.

“Kelly and I have always clicked really well,” said Wilson, a 2009 graduate of Northern Arizona and program record-holder in both minutes played and assists. “When I was a freshman, he’s the reason I broke the single-season assist record, because obviously the guy can shoot.”

Wilson spent one season at Northern Arizona with Golob, who graduated from the school in 2006 as the program’s all-time scoring leader and remains at second in 3-pointers made and minutes played. On the other end of his career, Golob spent on year on the court with McDade, a 2003 graduate of Northern Arizona and second-all time rebounder.

“That was one of my first impressions of playing basketball at NAU, he was a junior during my redshirt freshman year. We’d do a screening drill and you did not want to be on the other team having Ryan McDade setting picks on you. He’s probably the strongest guy I have ever played with and is still in great shape,” Golob said.

All three arrived in Flagstaff from Washington before landing among the all-time leaders in the three major statistical categories. McDade from Enumclaw High School and Golob graduating from Olympia High School, the two went to school roughly an hour apart from each other, while Wilson played at Mark Morris High School in Longview, near the border with Oregon.

With their names filling up Northern Arizona’s record book, all three played professionally overseas for a time.

“When you are putting together a team, you need your big strong guy who can guard anybody underneath the hoop,” Wilson said of McDade. “And then Kelly is obviously a really good shooter, but you can’t just rely on shooting, so it has worked out really well.”

Having played together at Hoopfest -- which takes place in their home state -- each year since their win in 2014, the trio hopes to use their experience come April’s tournament. With games played as the first to 21 or whoever is leading after just 10 minutes, and just a 12-second shot clock beginning as soon as the ball comes through the hoop on made baskets, the accelerated pace leads to a hectic atmosphere.

“Being on the same page, knowing what each other’s strengths are and what we like to do, and just the fact that we are great friends, it’s a lot of fun,” said Golob of the team’s potential advantage. “I feel so fortunate, and this was the same when I was at NAU. I just always felt like I was really lucky to play basketball with guys who I considered some of my closest friends.”

With Axton added to the team, Roots Academy believes its outside shooting will be tough to match.

The 3-on-3 rules count traditional 2-point baskets as one point, with 3-point shots now counting as two. With the value of an outside shot now doubling that of anything inside the arc, effective outside shooting can lead a team to victory.

“There’s such a premium on 3-pointers because they are worth double; it’ll get out of hand in a hurry if someone is hitting those,” Wilson said. “Marc was a gear pickup because he is 6-8, so he can give Ryan a break and still guard the post, but he shoots the 3 real well.”

Axton currently sits among Eastern Washington’s top five in 3-pointers made, 11th in scoring and fifth in games played while earning All-Big Sky First Team honors in the last three years of his career after being the conference’s Freshman of the Year in 2002.

Golob and McDade knew Axton growing up, with the former Eagle attending Foss High School in Tacoma, roughly an even distance to the two Lumberjacks’ high schools. After losing to Axton’s team in the 2017 finals at Hoopfest, Roots Academy added him to the team when in need of a fourth before their first FIBA tournament in Los Angeles.

Like the others, Axton is in his 30s having graduated from Eastern Washington in 2005 and playing overseas for about six years. Wilson will enter the tournament as the youngest at 30 and McDade the eldest at 37.

“We skew a little older, so we have just been getting in shape really. I haven’t had anything to get real serious about since I stopped playing professionally in 2012,” Wilson said. “I usually crash diet and workout super hard before Hoopfest every year.

WORKING AROUND THEIR DAY JOBS

Golob works as a sports chiropractor in Tumwater, Washington, just two miles south of Olympia, the same city where Wilson serves as the head coach of Tumwater High School’s boys basketball team as well as running Roots Academy, for which their team is named after.

Having originally started the academy in his hometown of Longview, Wilson added a second location with Golob when moving north to the Olympia area where his primary job is as a financial planner at Morgan Stanley.

“We provide training, try to provide as much scholarships and stuff as we can and then we have AAU teams,” said Wilson adding 240 tried out in Longview and another 140 in Olympia this year. “We are just trying to close the gap. It costs $1,200, $1,300 to play on these teams. I don’t know who the heck can afford that anymore, so it’s trying to close the gap and give kids opportunities.”

With their proximity to each other now, Wilson said he and Golob have worked to shed weight and get in the best shape possible as they take their new 3-on-3 careers as serious as they can.

“The familiarity we have with each other will hopefully be a big advantage,” Golob said. “We haven’t played the FIBA 3-on-3 rules as much as some teams, but we have been playing 3-on-3 for a long time and there’s a lot of similarities, even if there is some differences two.”

This story has been updated to clarify Josh Wilson works as a financial planner in addition to his work as a basketball coach.

Since moving to Flagstaff 10 years ago, I’ve always had one constant -- somewhere to go every Tuesday night. I can barely remember a week in w…

A Flagstaff-based outdoor gear company raised $25,000 for the Havasupai Tribe to purchase essential supplies by encouraging people to be activ…

In just her third collegiate meet, and first ever official run through the event, Northern Arizona track & field's Madeline Wilson set the…

The Big Sky Conference announced the men's and women's hoops seasons will be dropped from 20 games to 16 in a press release Friday afternoon.

With colleges around the United States facing uncertainty due to the coronavirus pandemic, Mike Marlow, Northern Arizona vice president for in…