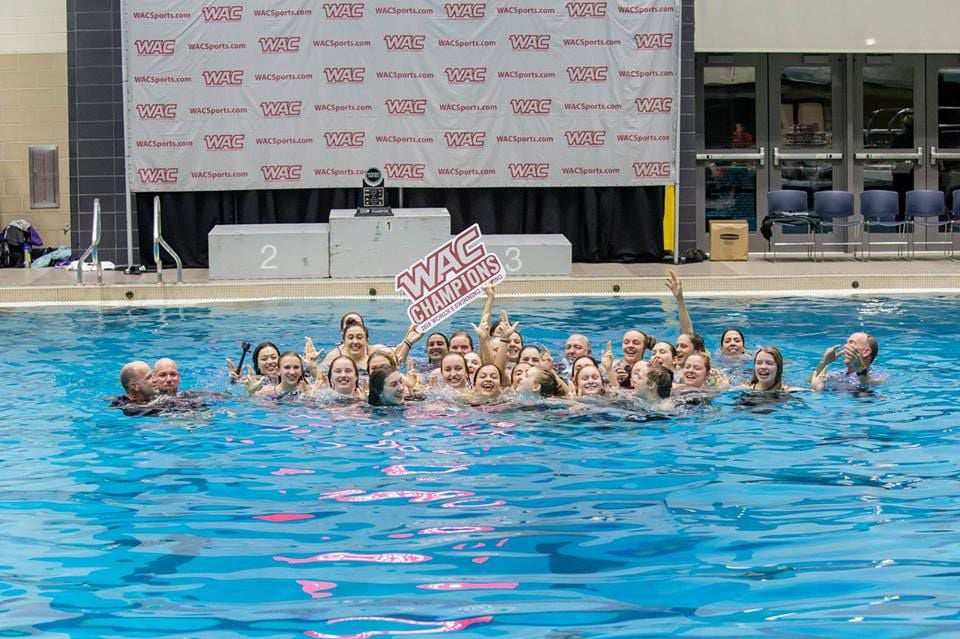 When recruiting, sometimes is comes down to who you know. More so, sometimes recruiting can be described in one word -- luck. A decade ago, head coach Andy Johns got lucky, in his own words, in landing a pair of recruits that would put the Northern Arizona swimming and diving program on a championship course for years to come.

Little did Johns know that the commitments from a pair of swimmers from New Zealand, Emma Lowther and Rachel Palmer, would have a lasting impact well beyond their four years on campus.

Although it has been six years since Lowther and Palmer last put on the NAU swim cap, they were the first two swimmers in the aptly named Kiwi Express -- a pipeline from New Zealand to Northern Arizona University.

“We got lucky; we have a good product here to sell with altitude and Flagstaff is a great place to go to school, but it didn’t hurt that Emma and Rachel had a great experience,” Johns said. “They really enjoyed being here and they got the most out of their experience. I don’t know how to describe it right now, but it’s been fun.”

It all started with a BeRecruited notice Johns received in 2009 regarding a pair of highly accomplished swimmers from New Zealand.

After he was alerted of Lowther, who had recently broken the national 16 and under record in the 200 butterfly, and Palmer, who had won her first national gold medal in the 400 individual medley the year prior, Johns reached out via email. However, nearly six weeks passed without correspondence back, leading to a follow-up email.

Johns’ second email was quickly received when he soon learned that the lag-time was due to the pair sifting through dozens of emails from college coaches. With interest high, Johns was pleased to hear that NAU had made the cut on both Lowther and Palmer’s top-eight.

“On paper, they were really good; I would’ve been happy with either one of them,” Johns admits.

Lowther and Palmer, club teammates and daily training partners, decided to make their college decisions independently of each other and neither knew the other had committed to NAU when they made their own choices.

“We knew we both wanted to come over (to the U.S.), but we didn’t want to do it just because the other person was,” Lowther said. “It was a personal choice for both of us. We swam different events, so we weren’t sure if it would be better if I wanted to join a more distance-oriented program because she was did more of the IM. It turned out NAU was great for both of us and we obviously felt the same way.”

It helped that Johns had a New Zealand connection himself. While still coaching at Clemson in 1996, Johns met Brett Naylor, a New Zealand Olympian, 20 years earlier at the 1976 Montreal Games. The two crossed paths prior to the 2004 Athens Summer Games when Naylor brought a group of Olympians to train in Flagstaff.

Lowther also credits Fi Connell, an Australian product who committed to NAU the season prior, as pivotal in the recruiting process.

“After committing and signing, the '08-09 team members had contacted me on Facebook and answered all of my questions and concerns,” said Connell, NAU’s 100 and 200 backstroke record holder. “This gave me a feel for what the team was like and answered a lot of questions and concerns I had. When I heard (Emma and Rachel) were being recruited, I reached out in the same way my teammates had done for me.”

She added: “College swimming is something that you cannot even imagine coming from another country. I remember discussing all of the positive experiences that college swimming at NAU provided that swimming in Australia couldn’t and most points were quite relative to them.”

Four years later, Lowther and Palmer’s successes were aplenty. As members of a senior class of eight, which also included a second Aussie in Jordan Burnes, they led the Lumberjacks to their first-ever WAC Championship in 2014.

More in the pipeline

The Kiwi Express consists of seven New Zealand swimmers, each of whom have been part of NAU’s seven-year WAC Championship run -- the second-longest title streak in program history. Stretching back to Lowther and Palmer’s freshman season in 2010-11, NAU has had at least one Kiwi on the roster every year over the last decade.

With Lowther and Palmer’s eligibility coming to an end, Johns dipped into their club team to find Kimmy Richter prior to the 2014-15 season. Richter went on to have an outstanding career herself, winning both the 500 and mile freestyles as a junior at the 2017 WAC Championships.

“I saw all of (Emma and Rachel’s) photos and I got to talk to them when they came home for their summer break,” Richter said. “I got to know Emma a little more because when she came back, she would train with me because we did the same free and fly sets together. It was really cool to talk to them about much they loved their experience and how great of a coach Andy was. It was nice to know that (NAU) was a good place to go and I wouldn’t feel homesick.”

Seeing Lowther and Palmer move on to compete at NAU, Richter knew at the age of 13 and heading into high school that she also wanted to make the move to the U.S.

Knowing that opportunities to swim while also pursuing higher education would be essentially unavailable to her at home, Richter dedicated her high school years training for the opportunity that Johns presented her.

Due to those lack of opportunities, Hayley Edmond and Monique King were the next Kiwis to make the move to Flagstaff over the next two years. Edmond and King, club teammates themselves and former training partners of New Zealand Paralympian Sophie Pascoe, both attended Massey University in their home country prior to NAU.

Sarah O’Conner and Clara Foster, entering their senior and junior years respectively, are currently on the roster heading into the fall.

With the New Zealand pipeline established and the obstacles that come with bringing international prospects on campus visits, Johns notes that the connections are crucial in recruiting.

“It plays a huge role in sealing the deal,” Johns said. “I always recommend, if nothing else, that their coach talks to Kimmy’s coach or Monique’s coach. It’s a big deal. The connection is big.”

In the record books

Together, the seven Kiwis have been central parts of the Lumberjacks’ championship teams, combining for 66 All-Conference honors and 17 individual WAC medals -- including six golds, two each by Palmer, Richter and King.

“I always get a little nervous when a Kiwi signs because I had the best four years of my whole life (at NAU) and I want it to be just as good for them,” said Lowther, who still holds the program’s 200 freestyle record. “We all watch our records with a competitive attitude, but to be honest we’re all so stoked that it keeps getting better.”

Led by Lowther’s 200 freestyle record, the Kiwis currently hold 12 top five all-time performances in eight different events. King, Lowther and Palmer rank second in the 200 freestyle, 500 freestyle and 200 butterfly respectively, with the latter a school record at the time.

“The first crew set the foundation and raised the level,” Johns said. “For (Emma and Rachel) to be a part of the first championship was really rewarding for them and we kept growing and building on it.”

Look no further than the Pentathlon to see the all-around abilities of the Kiwis with New Zealanders winning the five-event intrasquad meet five of six years between 2011-16. Palmer captured the Pentathlon win in 2011 and 2012, followed by Lowther in 2013. Edmond and King earned the title in 2015 and 2016 respectively.

With any luck, Johns may just find the next great swimmer to join the Kiwi Express.