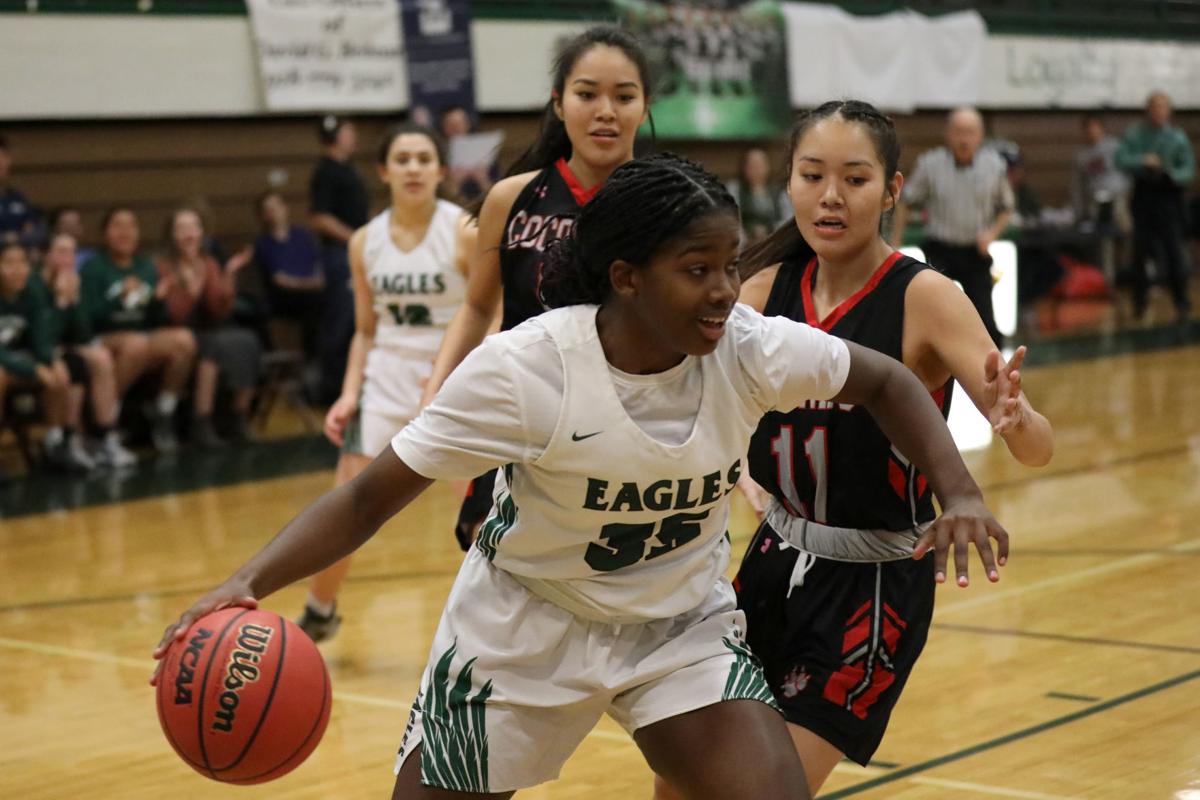 The Flagstaff girls basketball team has been able to get past a few familiar foes so far in the postseason and will seek an upset Wednesday of a juggernaut that's been a thorn in the team's side many times over several state tournaments.

Going up against the No. 1 seed, the fifth-seeded Eagles take on a hosting Seton Catholic Prep Sentinels team in the semifinals that has yet to lose a game this season and has knocked Flagstaff out of the playoffs twice since the 2010 state tourney. Meanwhile, this will be Flagstaff's fourth trip to the semifinals since getting there in 2010.

The Sentinels (20-0) last lost a game in the 2019 title round of the 4A Conference state championship, falling to Shadow Mountain, 54-31, as a team loaded with young, blooming talent and a handful of seniors. Flagstaff (18-3) lost a regular-season meeting two games into this year's regular-season schedule to Seton, 59-22, on the road.

The good thing for Eagles head coach Tyrone Johnson is that victories are not determined by "rosters, rankings and records" alone.

“The good thing is we do have to go play the game, and we have a choice in how we play," said Johnson, whose Eagles did a good job of handling Coconino, 63-28, in the opening round and Rio Rico, 51-39, in the quarters at home. "If we go down and we play timid and we back down and allow them to do what they want, it will be a long night. If we go down and play with that energy, that heart, that passion, if we play with confidence, then at the end of the day when the smoke clears, we could possibly be on top.”

In the teams' early-December contest, two of the Eagles' top scorers struggled to produce against the Sentinels' pressure, as sophomore Gracelyn Nez produced just two points on a 1-for-5 shooting night and senior Emma Doskicz put up a goose egg at 0-of-7 shooting from the field while missing all five of her 3-point attempts.

Flagstaff also committed a regular-season-high 37 turnovers in the December loss to Seton, a team that has five players listed as standing 6 foot or taller.

Since 2010, the Sentinels have been in a state tourney championship round seven times, coming away with five titles. They will look to get some hardware this season without a senior listed on the roster after missing a shot at a three-peat a year ago.

“There’s no doubt that we have to play really hard start to finish and make that last throughout; play consistent, well and deliver one of the first blows and really just keep delivering," Johnson said. "Let them know, ‘Hey, we are here and we are not going to back down, so you are in for a fight.’”

Doskicz, who has gone just 3 of 21 from long range so far in the postseason, will need to hit from deep to open up the court for Nez and the team's star player, 6-foot-1 freshman Miyah Verse, who leads the Eagles in scoring at 13.5 points per game, rebounds at 9.7 an outing and blocks at over one per contest -- when counting games played outside the power-points slate.

“Miyah is going to have to be big, not shy away from anything," Johnson said. "She has to show them that she belongs there and that she’s the best player on the court."

The Wednesday 4A state tourney semifinal tipoff is set for 7 p.m. in Chandler.