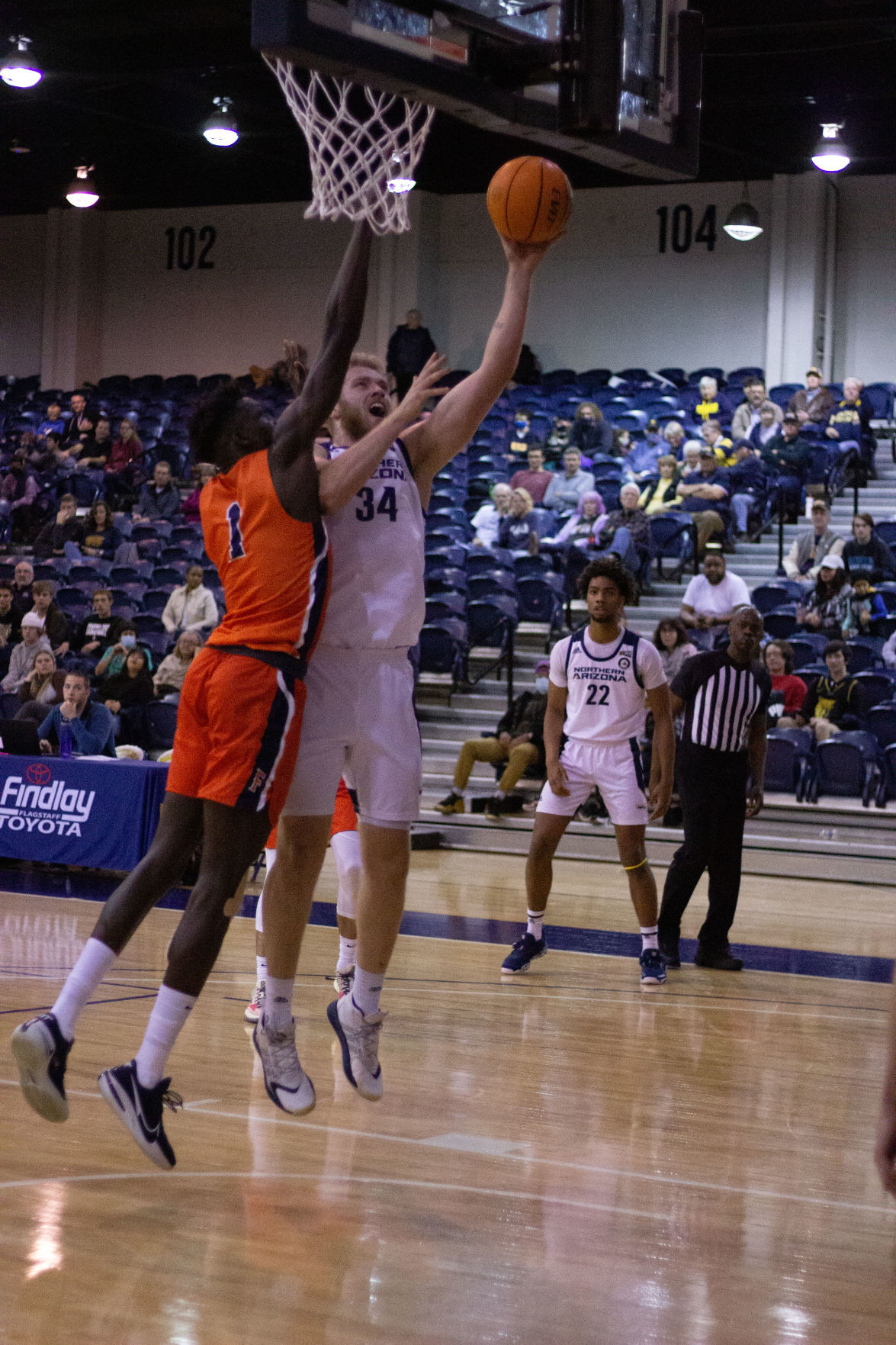 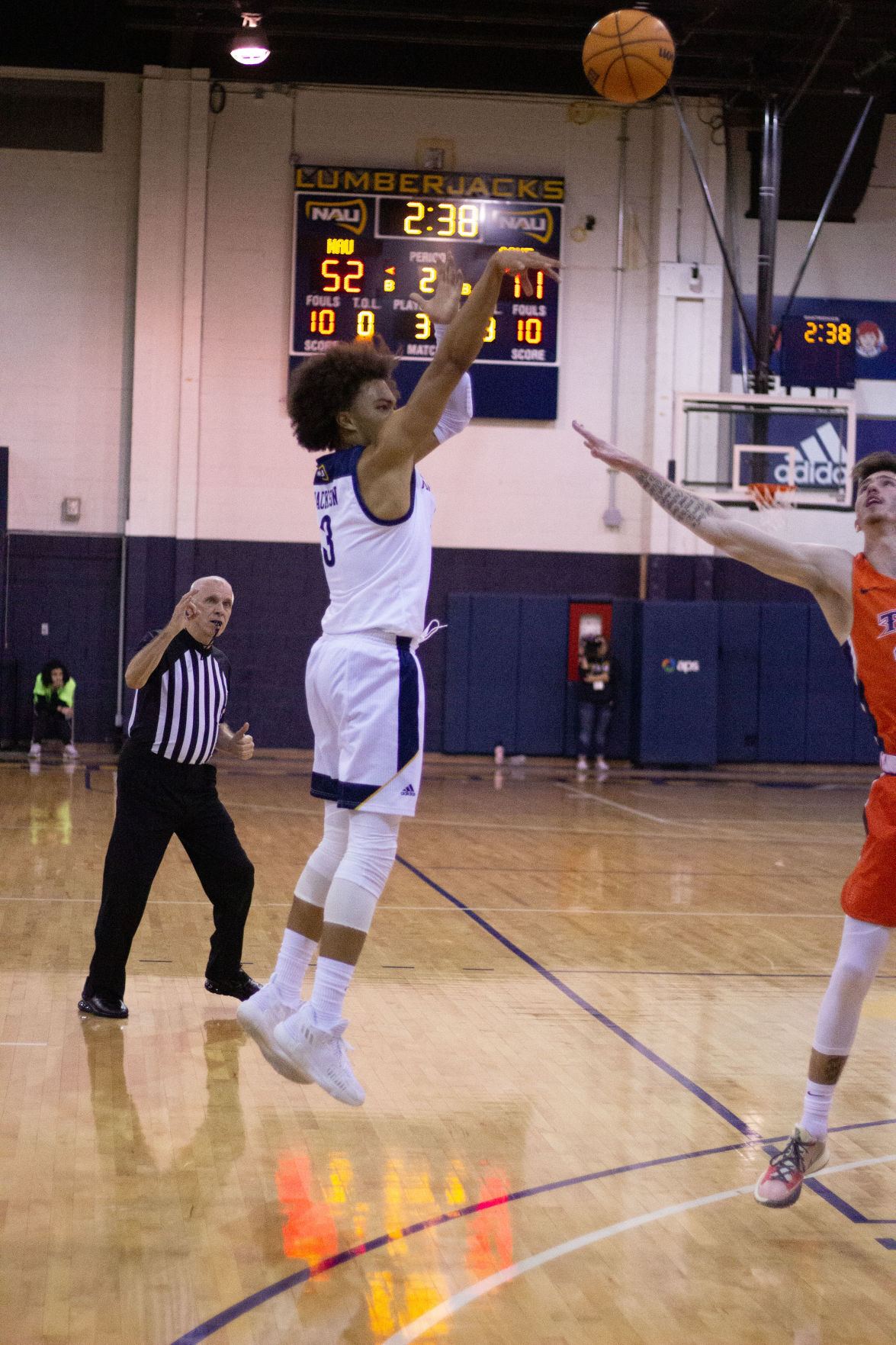 Northern Arizona men’s basketball played the Cal State Fullerton Titans close for a half Wednesday, but a slump to start the second half doomed the Lumberjacks, as the visitors won 73-56 at the Rolle Activity Center.

Fullerton outscored Northern Arizona 15-0 to start the second half, taking a commanding lead that the Lumberjacks could not overcome after going into halftime with the game within reach.

“I thought the first half we had a couple open shots that we didn’t hit, and that’s part of doing your job, and nobody tries to miss a shot. And then in the second half, missing shots again, it just got out of hand,” Northern Arizona coach Shane Burcar said.

“The disappointing part of the game is that we wanted to get over ball screens, and we went under ball screens,” Burcar said. “So that’s the problem to me because that needs to be fixed."

The Lumberjacks and Titans started relatively even, as both played solid defense and did not allow opportunities in the lane. Northern Arizona’s 3-pointers were off, making just 4 of 13 in the opening half and 37.5% overall.Good rim protection and a rotation of taller players against the sizable Fullerton roster, however, allowed the Lumberjacks to stay within reach.

Leading 12-9, Fullerton went on a 12-2 run, but guard Jalen Cone scored seven straight points to make a dent in the lead. Guard Keith Haymon also hit a couple of late 3s and Northern Arizona got within three points. A buzzer-beater by Fullerton guard Tray Maddox Jr pushed the Titans’ lead to seven at the break.

But Northern Arizona could not get any closer from there, hitting just two of their first 13 shots to start the half and not scoring any points until center Ezekiel Richards hit a layup six minutes into the half.

After a few minutes of what Burcar called poor execution, he took out the starting players and let the backups handle the majority of the second half and allowed the second unit to showcase their abilities.

One of the silver linings for Northern Arizona was the offensive play of forward Spencer Roberts, who scored a 11 points -- a career high for his short Northern Arizona career -- in 10 minutes in the second quarter. The Lumberjacks were not getting much of an inside presence, with starting post Carson Towt battling illness, and Roberts scored all of his points in the paint on layups and free throws.

“I just have always been told that opportunities don’t go away, they go to someone else. I got my opportunity to show what I can do on the court today,” Roberts said.

The second unit provided some energy that was lacking early in the second half. They cut into the lead, but never quite threatened to mount a comeback. However, Roberts believes that the effort the team showed late, even with the game out of reach, bodes well for the rest of the season.

“Big-picture, looking at everything, I think we can be a special team. Once we’re relentless and keep that energy going for a whole game, we’re going to open a lot of eyes,” he said.

The loss drops Northern Arizona’s record to 3-4, with a pair of road Big Sky Conference games set to begin in early December after a break.

The loss was disappointing to the Lumberjacks, but Burcar hopes the experience will be a catalyst for success moving forward.

“We’ve got to figure it out together. We certainly will not let this break us down,” he said.

The Lumberjacks play their next game on Thursday at Weber State which has started the season 5-0.