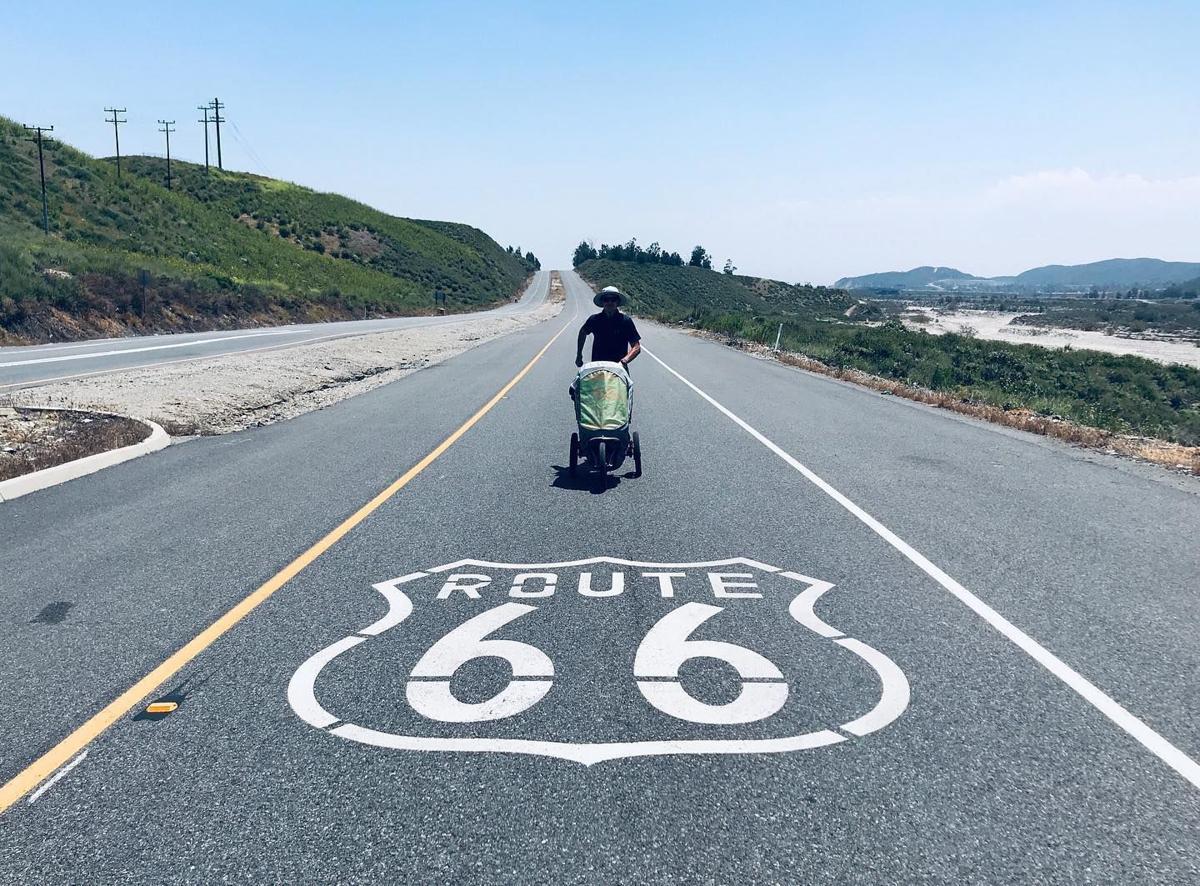 Ruslan Shakin runs with his stroller across Route 66 in Hesperia, Calif. 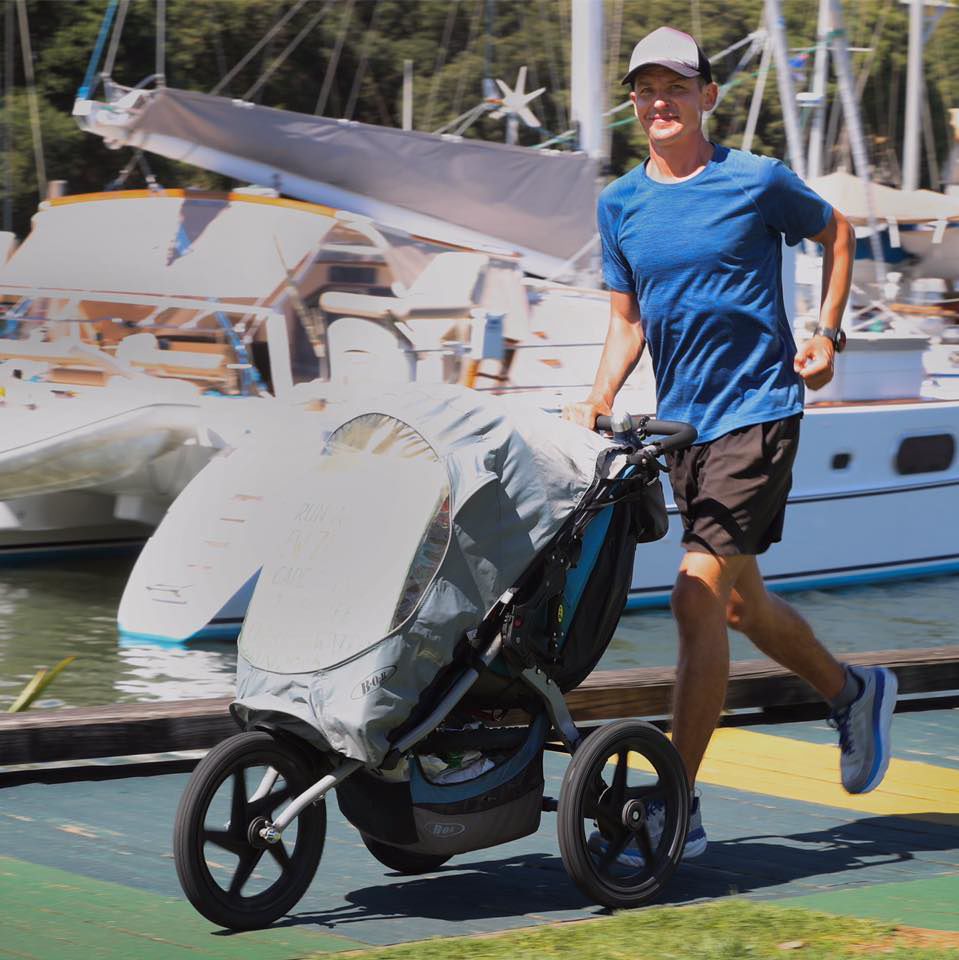 Ruslan Shakin runs with his jogging stroller in California.

When the coronavirus began to force states across America to close down, there weren't really any sports safe from the closures. Even the most intense of runners had to adapt their plans.

Ruslan Shakin has a goal to run across five different continents, equaling the length of the equator -- 25,000 miles -- and essentially "run around the world." The journey started in September 2018 in Japan after he chose to run across the country.

The renowned ultra-runner is highly experienced, competing in many events across his running career. The circumnavigation across the globe is just another challenge for him.

"I decided, 'Hey, what the heck, why not run across all of Japan,'" Shakin said in a Wednesday phone interview. "I did that in about 54 days, north to south."

He hit a bit of a snag in his North American leg due to COVID-19, but is making the best of it now.

Shakin, a Russia native, is aiming to raise $66,000 in COVID-19 relief funds for Feeding America and Americares by running across the 2,448-mile-long Route 66, and just made his pass through Flagstaff Wednesday and Thursday.

He chose those two specific organizations so that funds can go toward food relief and, for Americares, aiding front-line medical workers in receiving adequate personal protective equipment.

The journey has really just started and he hasn't gained much in terms of funds yet, but Shakin is confident he can at least provide something during his attempt around the world.

"I haven't really had any publicity yet, because it has been mostly abandoned small towns along the way," Shakin said. "Flagstaff is really the first city I have gotten to."

He travels light, Shakin said, pushing a jogging stroller with a tent and other necessities. He makes stops in towns as needed, with Flagstaff being the first major town he has gone through in the U.S. so far.

"I am pushing a jogging stroller with all of my supplies in it. I also have camping gear, food, water and clothes for about a few days. I resupply every two or three days. Sometimes it is tough, going through the deserts. Flagstaff is cool and I have been here before; I love this city."

His run across Route 66 started at the Santa Monica pier on May 5 and he has gone an average of 140.8 miles per week, according to Strava.

On Tuesday alone Shakin ran 50 miles going from Ash Fork to Flagstaff, his longest single-day mark so far. The next longest stretch he has recorded is 47 miles in between Hesperia and Barstow, California.

The U.S. is the seventh country on Shakin's list. He has ran through Japan, Australia, New Zealand, Chile, Argentina and South Africa.

Anyone who wants to contribute to Shakin's cause can donate to either Americares or Feeding America directly, or people can follow his journey via Instagram, Strava and Facebook. For a direct link to the charities and to see Shakin's progress in raising funds go here

Ruslan Shakin runs with his stroller across Route 66 in Hesperia, Calif.

Ruslan Shakin runs with his jogging stroller in California.