Though the Northern Arizona's game against Sam Houston on Thursday did not go as planned -- the Lumberjacks fell 42-16 at home -- one of the bright spots was the play of redshirt freshman running back Kevin Daniels.

Daniels carried just 11 times total in five games in the 2021 spring season, his first. He reached that number in one game Thursday against the Bearkats, rushing for 35 yards and breaking tackles for a few first downs early in the game.

Though he would have liked winning the game even more, Daniels said his usage on the field -- in front of people in the stands for the first time in his college career -- was exciting.

“It was really fun, honestly, because that’s what I was hoping for, what I was working for, was trying to be the main back and get those carries. And having all those fans and getting those runs was great,” he said.

The Lumberjacks’ trust in the 6-foot-2, 225-pound back has grown tremendously since he got to Flagstaff following his graduation from Glendale High School in 2020. Daniels was a do-it-all back for the Cardinals, rushing for 4,926 yards and 89 touchdowns in his high school career total. And if those stats were not enough, he totaled 2,227 yards and 23 touchdowns as a receiver.

He figured his varied skill set, which Glendale used in as many ways offensively as it could, would serve him well when he got to Flagstaff.

“It got me ready for kind of any role that they throw at me. If I’m a receiver or a running back or wherever they put me, I’m used to it because of all my time at Glendale with what I used to do. And just playing everything I can,” Daniels said.

Lumberjacks run game coordinator Bob Connelly said the staff noticed Daniels’s physical gifts as they recruited him. After a fall season in which he spent most of his time on the bench offensively -- save for the 11 carries and a few targets as a receiver -- and his first full training camp, Daniels got significantly better with the mental aspects of the game.

He began to understand blocking schemes, the team’s playbook and his role within it. And he became much more effective in the weight room.

“The improvement is his football IQ, getting more confident and improving on what we’re asking him to do. He’s obviously, as we all know, a very talented and gifted football player and did extremely good things in high school. But carrying it over, the consistency is what he lacked, with football knowledge and doing things 100% every snap,” Connelly said. “And he’s gotten a lot better.”

Connelly also said that Daniels saw more of the field in the Lumberjacks’ first game because he has begun to understand that Northern Arizona needs him especially to bruise defenses in the middle of the formation. He and sophomore George Robinson -- similarly sized at 6-foot-2 and 230 pounds -- will be asked to pound the ball between the tackles and try to take players with them to pick up first downs and short-yardage scores.

“Kevin and George are big backs, and we challenged them to run like they look, so being physical at the point of attack, being able to break tackles, able to get yards after contact and just all the physicality of the game that they bring because of their big bodies and skills,” Connelly said.

Daniels would love for his carries and role within Northern Arizona’s offense to increase each week. He said he has started to become more comfortable as a player and student in his second year, following a stressful season because of changes to college football due to COVID-19 precautions.

However, the offensive game plan for the Lumberjacks might change each week. Along with Daniels and Robinson, Northern Arizona has a deep group of running backs. Draycen Hall and Tyson Grubbs -- also redshirt freshmen -- are a bit smaller, speedier backs that can change the pace if the Lumberjacks want to run more to the outside or throw passes out of the backfield, along with other rushers on the roster.

Whoever is on the field at running back, Daniels hopes the Lumberjacks can continue to move the ball and score at a high level.

“You’ve got guys that can do a lot of everything, and it’s a very competitive group. But we’re all brothers. We all try to help each other and root for whoever is in to be the best they can be when they’re in,” Daniels said. 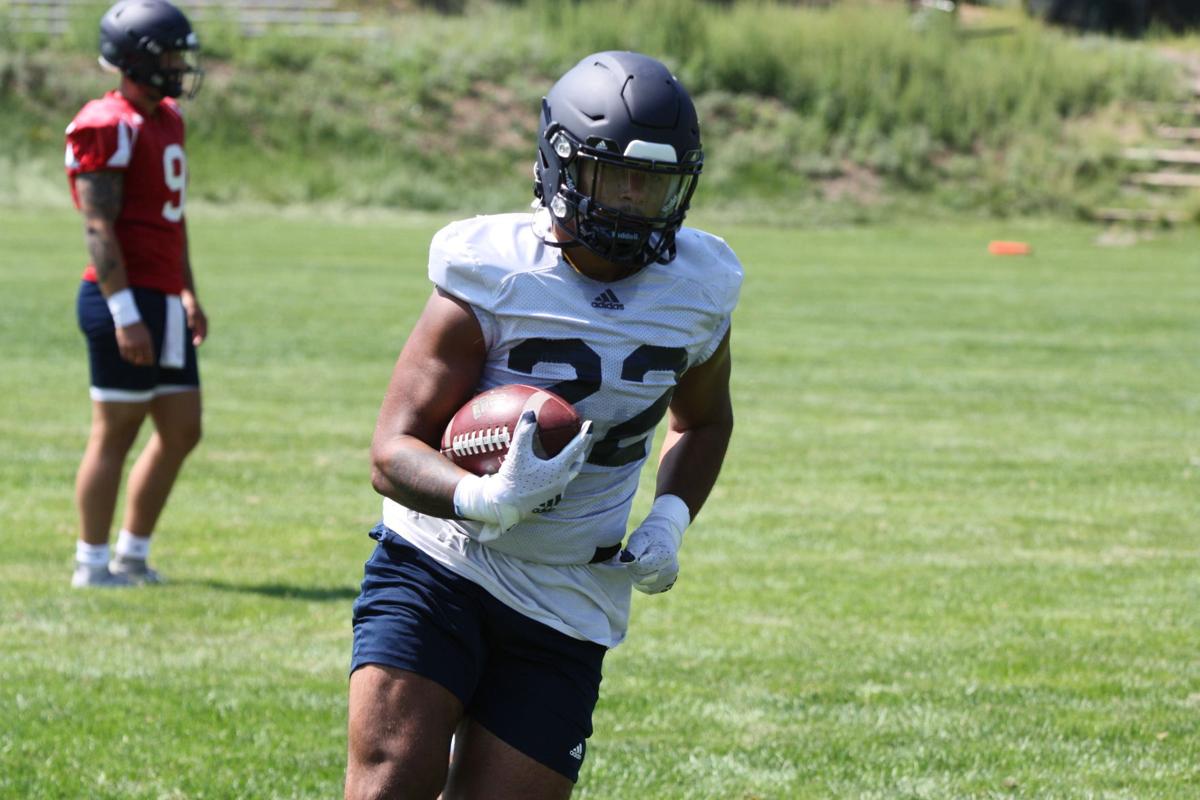 Northern Arizona running back Kevin Daniels (22) carries the ball during a recent practice in Flagstaff. 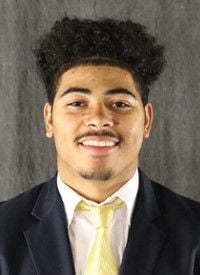