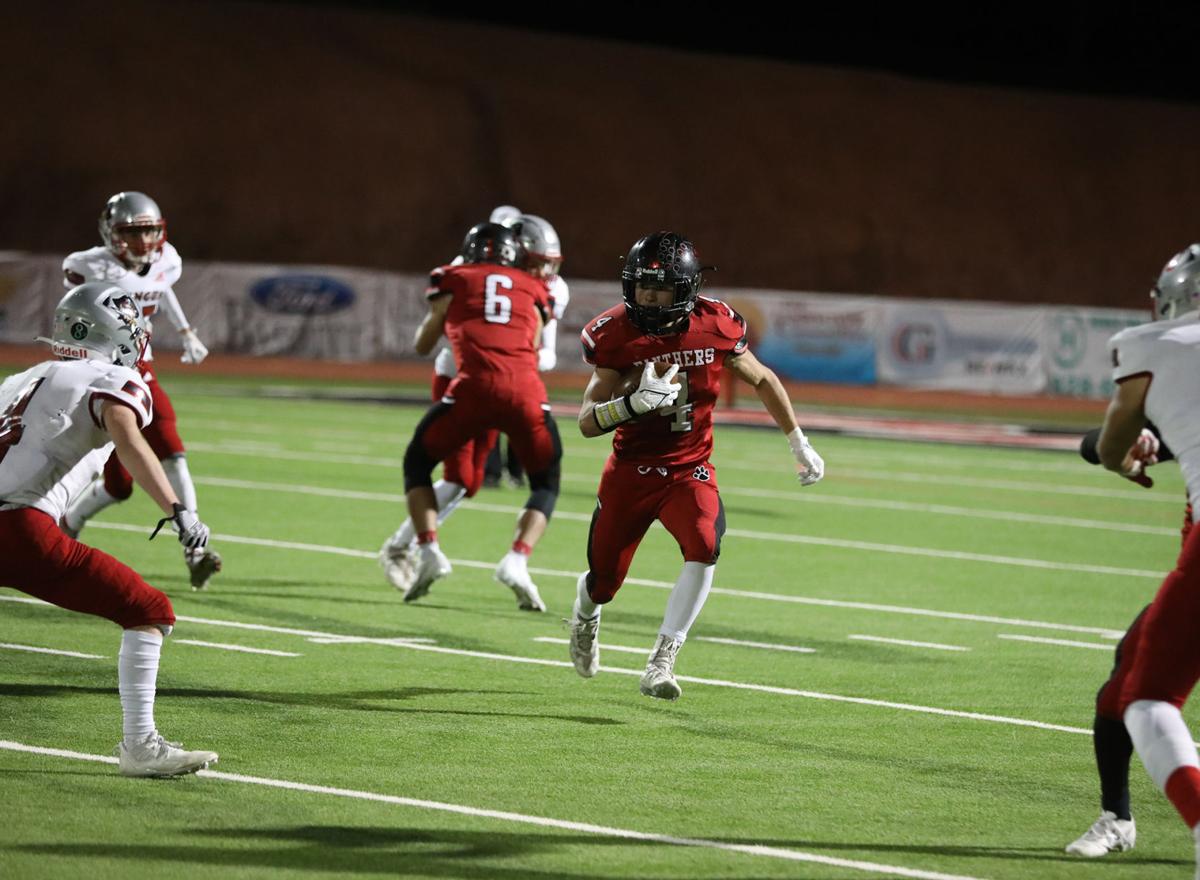 Cooper French (4) runs the ball for Coconino Friday night during a game against Mingus Union at Cromer Stadium. 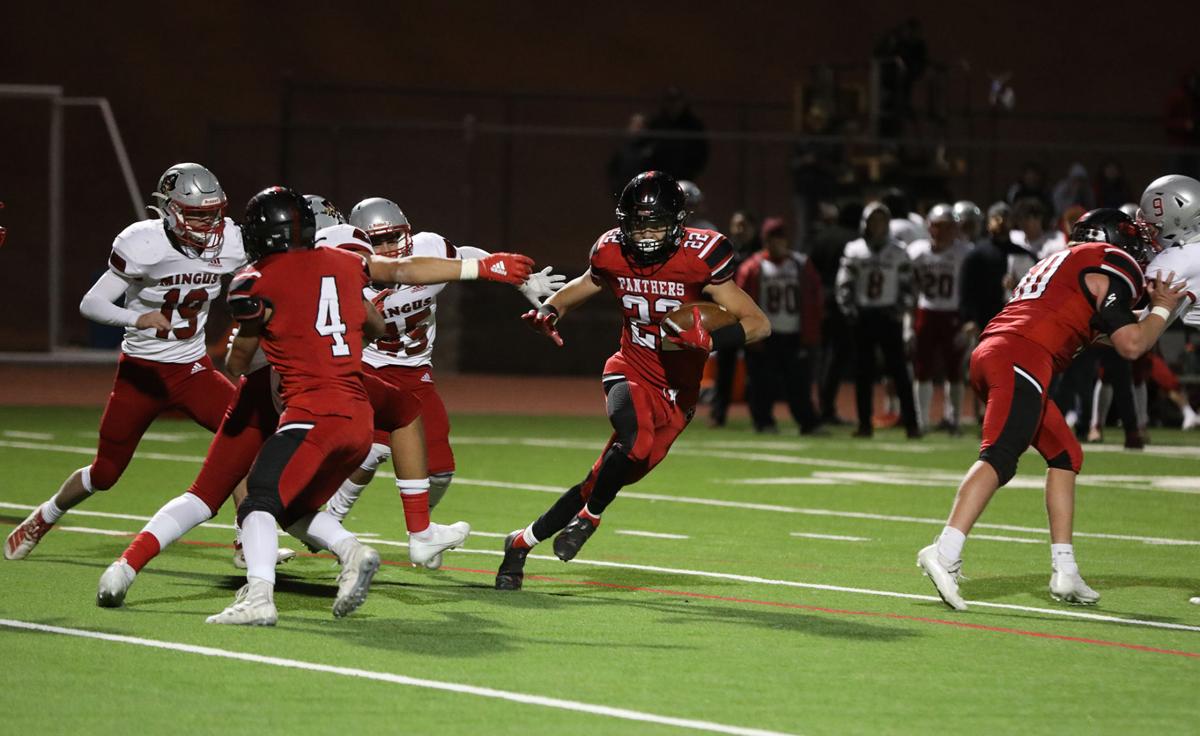 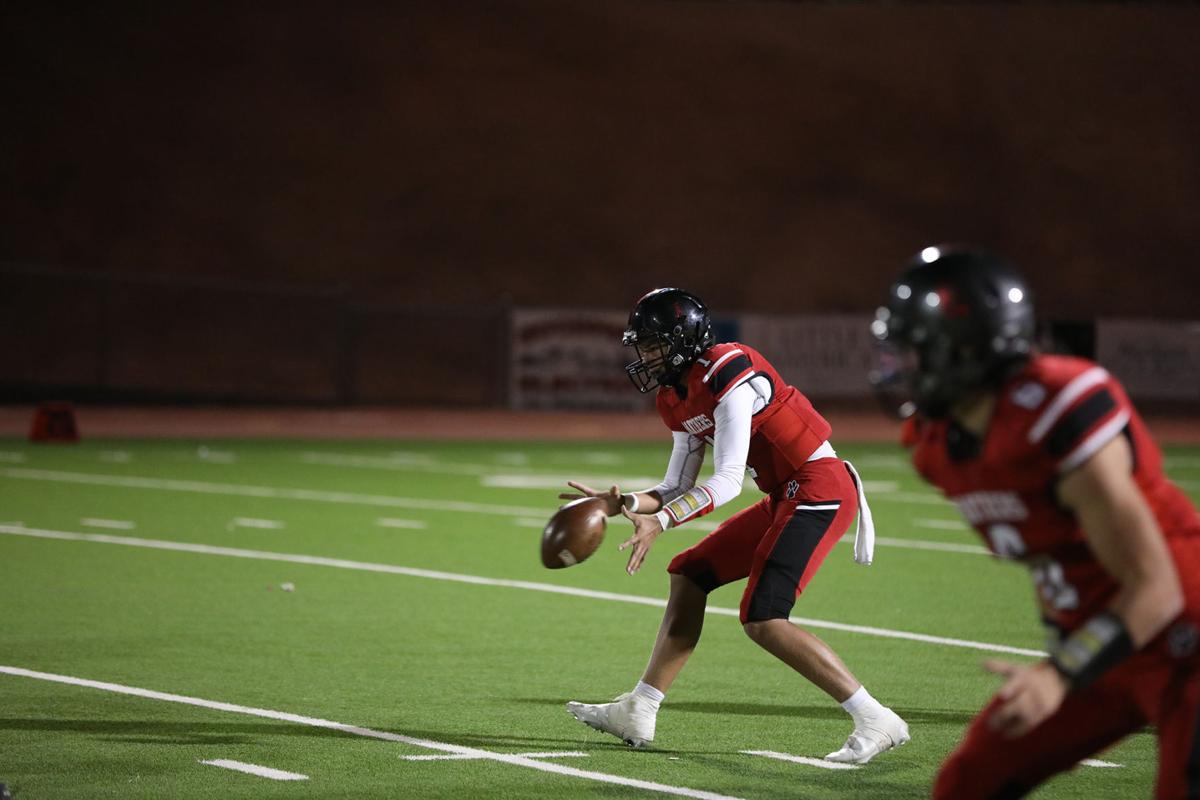 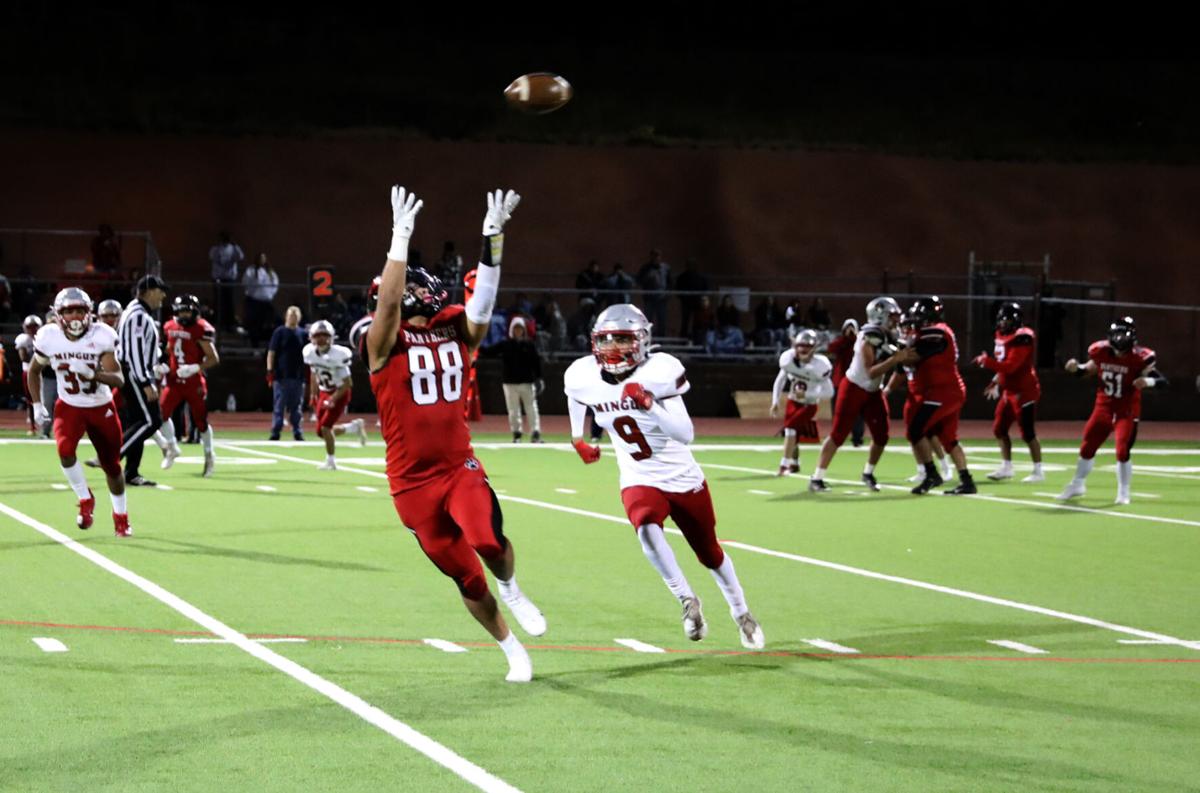 Coconino’s Matias Ortiz (88) reaches for a pass Friday night during a game against Mingus Union at Cromer Stadium.

The Panthers, led by running back Cooper French, lit up the Mingus Union Marauders at home 28-14 Friday, as the junior etched his name in Coconino football history.

French is a runner-up to David Quick, who accumulated 340 yards versus Mohave in 2016.

When asked about his record-breaking performance, French was humble in his response.

“Shoot, our (offensive) line was clicking in that spread, oh, my goodness,” French said, “It was a dream running behind those guys. It feels great (to break these records) but the credit has got to go to the dogs up front on the line," he said.

It was a slow start to the game for both teams, but quickly Coconino's game plan became clear. The Panthers, ranked sixth in the 4A Conference, ran the ball almost every down until the No. 36 Marauders figured out a way to slow it down. They could not, however, and the Panthers scored a pair of touchdowns in the first half to take a 14-0 lead into halftime.

Coconino ran the ball 52 times for 407 total rushing yards and four touchdowns, showing no signs of slowing down at any point during the game. Senior Gabriel Callado added 55 yards and a score for the Panthers, who rebounded from a loss a week ago at home to Prescott.

“The guys worked together as a unit on the offensive line,” Panthers head coach Mike Lapsley said. “They trust Cooper and our other backs, and they work well together.”

Coconino's defense was solid as well. The Panthers played well against their opponent's run-heavy offense, as Mingus only averaged 3.5 yards a carry across 36 attempts and were either sacked or tackled for a loss on six different plays.

“We got locked-in and dialed in on their run game,” Lapsley said. "The most important part of the week was to shut down their run, and be ready for play-action pass and bootlegs.”

Coconino's special teams also played a huge factor in the victory. The Panthers stole four points from the Marauders by blocking a field goal on the opening possession and blocking an extra point in the third quarter.

Mingus tried to close the gap in the fourth quarter. The Marauders got a goal-line interception midway through the period and marched down the field to score to make it a two-possession game. From there, Coconino’s running game kept the ball and the Panthers ran down the clock.

When asked what he wanted his team to take away from this game, Lapsley said that he wants his players to think about what they can get better at individually and collectively as a team to improve, and to get better every week.

Cooper French (4) runs the ball for Coconino Friday night during a game against Mingus Union at Cromer Stadium.

Coconino’s Matias Ortiz (88) reaches for a pass Friday night during a game against Mingus Union at Cromer Stadium.