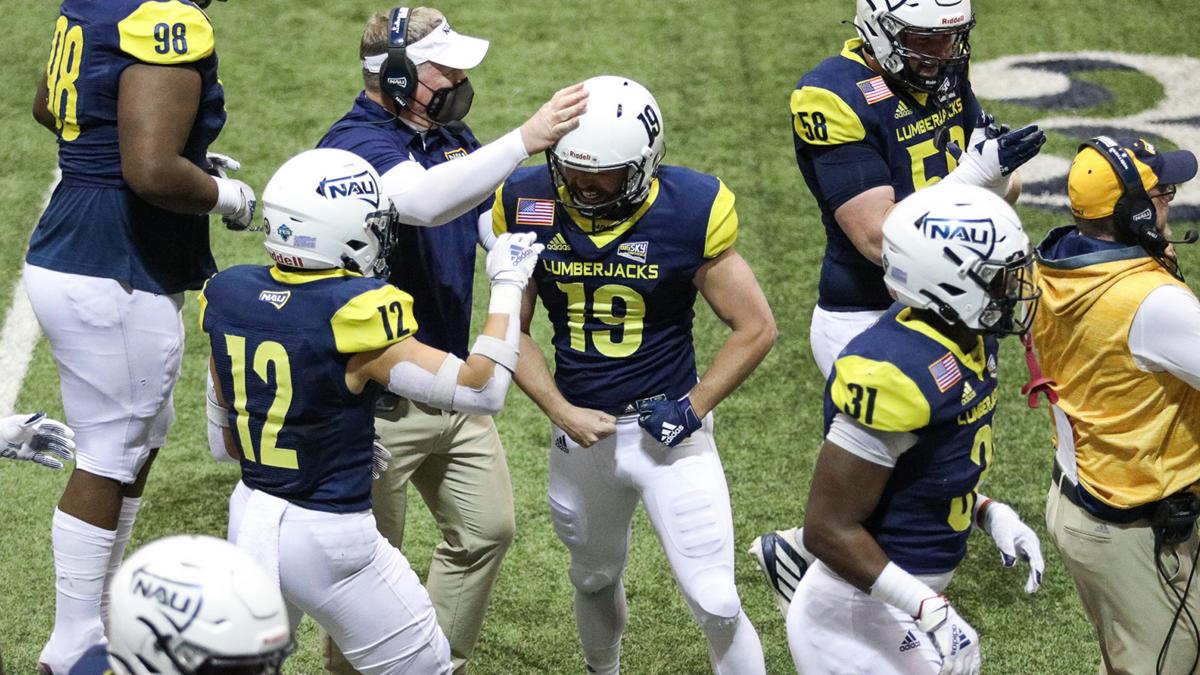 Northern Arizona punter DJ Arnson (19) celebrates after a kick with the Lumberjacks in a recent football game. 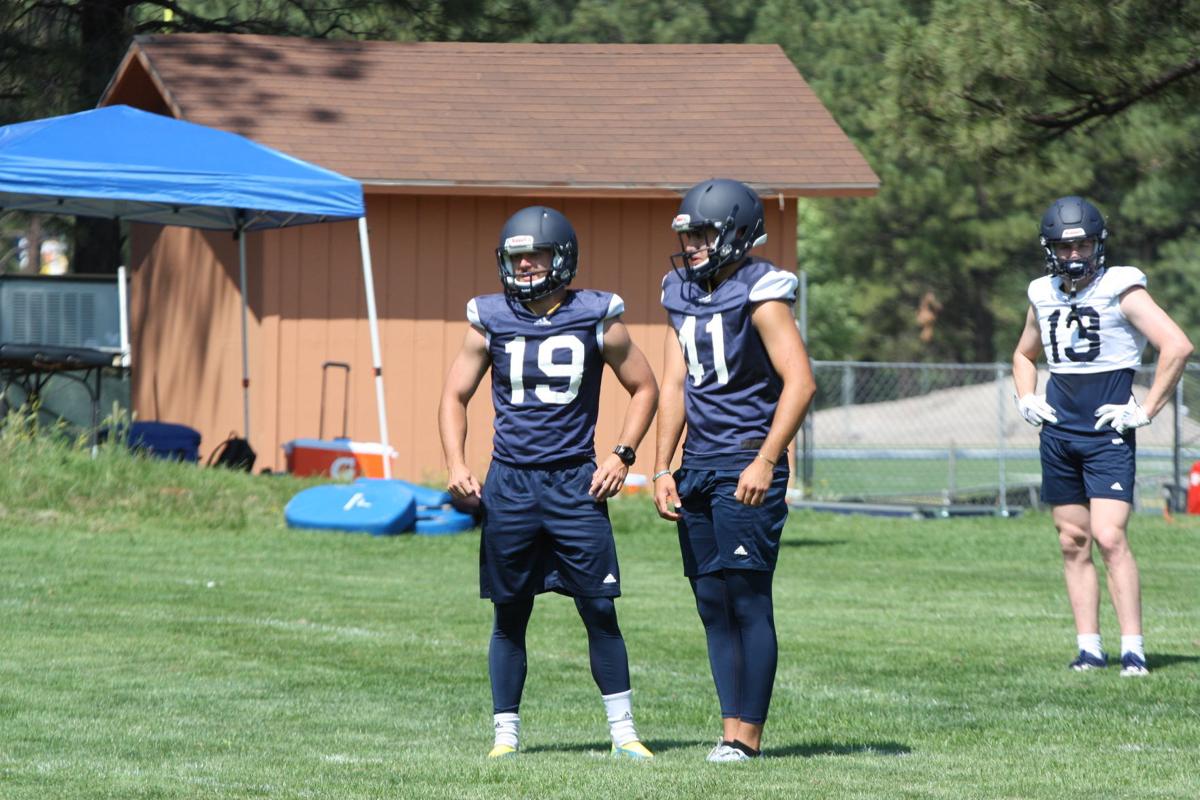 The multi-time All-American and 2020 FCS Punter of the Year -- among many other honors -- has been a staple over the course of the past few seasons for Northern Arizona football.

Having already accumulated several awards and NFL interest -- Lumberjacks head coach Chris Ball said Arnson has drawn in several professional scouts to past practices -- Arnson is enjoying every moment in a way he never had before. He is also focused on improving as a kicker and leader.

He already graduated with his bachelor’s and master’s degrees, and finished some eight-week courses to maintain his eligibility early in the fall 2021 semester. Now, Arnson said he has even more time to perfect his punting skills.

A major change he has tried to make in recent practices is his hang time on punts.

“Forcing a lot more fair catches is important. It gives the coverage team an opportunity to get down there and limit the return yards on us. I had a couple miscommunications; that happens. But after the bye week I think I’m putting the ball where it needs to be, with enough hang time, so hopefully we can shut teams down pretty far back,” Arnson said.

As a multi-year starter who has given the Lumberjacks ideal field position on many punts already this season -- with a chance to break the FCS record for total punt yards -- Arnson provides stability on special teams.

“It takes pressure off of you as a coaching staff; you can have conversations with him, talk with him about whether he can get it inside the 10 (yard line) from where we’re at, and he’ll give you a straight answer, and you believe in him,” Ball said.

More importantly, according to Ball, Arnson is a leader in the locker room. It’s not always yelling or typical cheers, but more about his maturity and character. Ball called the 25-year-old “just a quality person.”

"I don’t know if I’ve ever been around a better person. He’s one of the best teammates, and he’s here for everyone, doing everything he can in meetings,” Ball said. “Punting-wise he’s got a great leg, very accurate, one of the best punters I’ve worked with. There’s so much to his game, but he’s so much more than that.”

After taking a two-year mission trip and playing an extra year due to COVID-19 expanding eligibility for athletes, Arnson has as much experience as any college football player could. There are personal goals that he is working for. But, moreover, Arnson wants to make sure to leave his mark on a program he has helped grow over the course of his career.

He has seen the Lumberjacks go from a losing team to one with a winning record in the spring of 2021 to a current Northern Arizona squad with legitimate aspirations of competing for a Big Sky Conference title. Arnson knows he cannot be around forever, though, and wants to leave a legacy that helps success continue even in the years he is not in a blue jersey.

The future is uncertain for Arnson once the season ends.

He said he is considering taking an MCAT course to take the test and become a medical student and eventually a physician. However, he wants to continue playing football as long as possible.

Making a NFL roster is the goal. Doing so with his other special teams teammates -- kicker Luis Aguilar and long snapper Justin Hathoot specifically -- would be a dream. Each is an integral part of one of the nation’s best special teams units. So, while it is a lofty dream, it is not entirely impossible.

“We’ve even talked about how awesome it would be for a team to pick up all three of us at once. I don’t think it’s ever been done, but also it’s three All-Americans -- kicker, punter, long snapper -- all playing together, so it would make sense for a pro team to take us all in together and they could all slide into a game and it would be seamless,” Arnson said.

That part of the career is something Arnson and his teammates will figure out later, though. For now, the Lumberjacks still have the rest of the season to compete and attempt to win Northern Arizona’s first conference title under Ball.

The number of regular-season games left is exactly six. Arnson has counted that.

The Lumberjacks (2-3, 1-1 Big Sky) will host the Southern Utah Thunderbirds (1-5, 0-3 Big Sky) on Saturday in their Homecoming game at the Walkup Skydome.

Northern Arizona punter DJ Arnson (19) celebrates after a kick with the Lumberjacks in a recent football game.