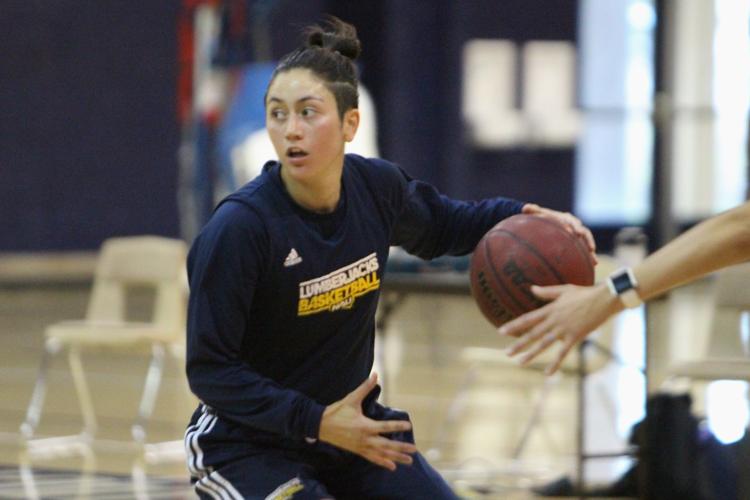 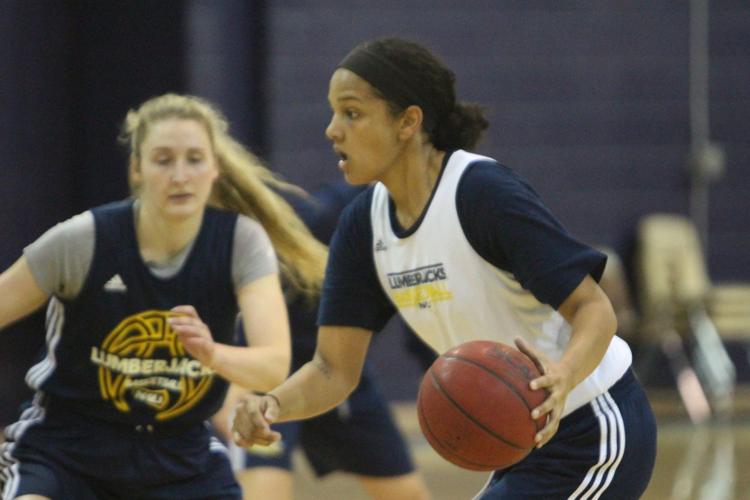 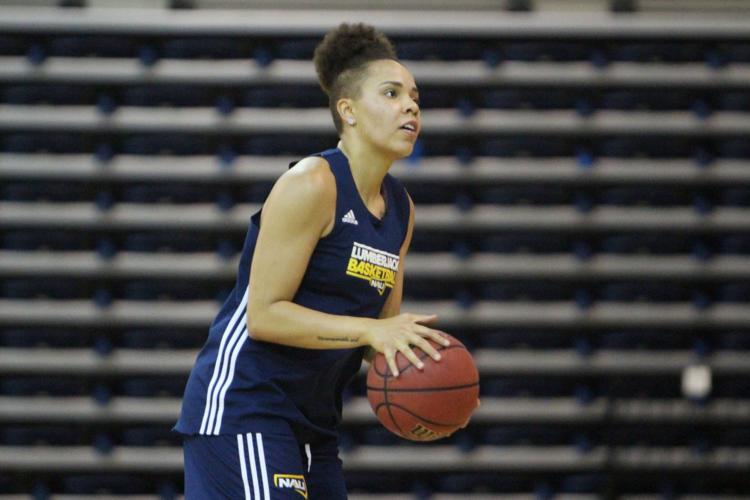 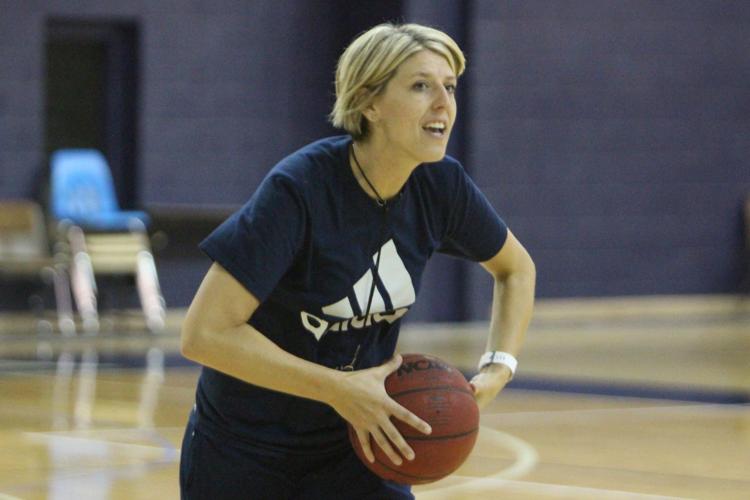 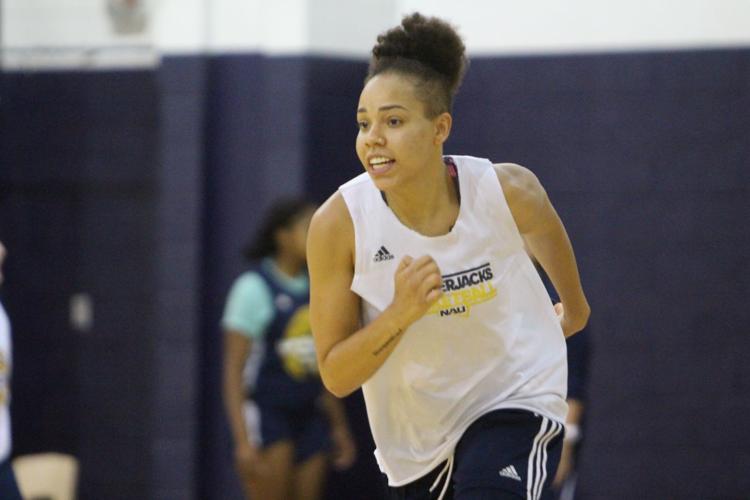 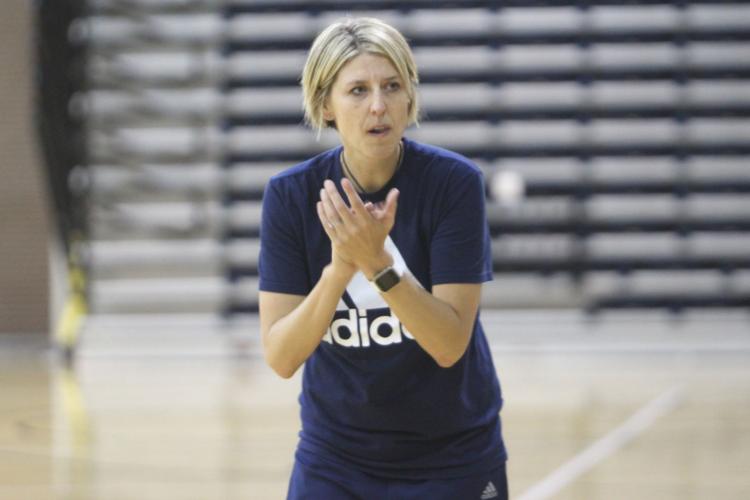 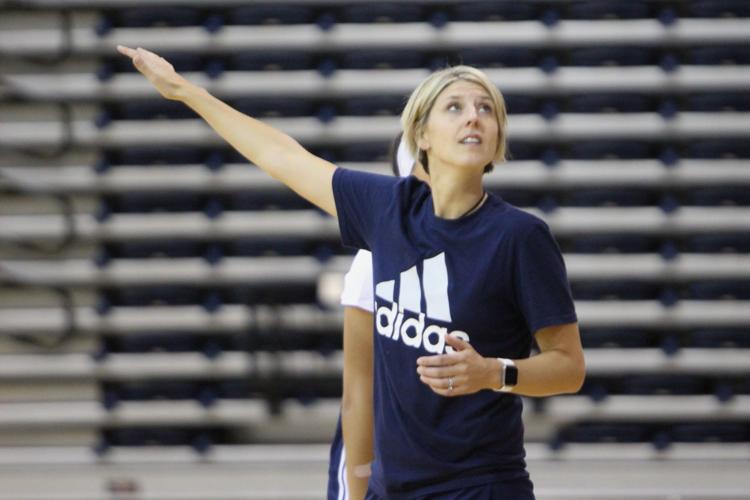 Olivia Lucero, Kenna McDavis and Kaleigh Paplow combined to start 59 games last season, accounting for 39 percent of the team’s starts, a number that might have been higher if not for McDavis’ injury limiting her to just 17 games.

Joining the two seniors and junior as returners are sophomore Peyton Carroll, who played 33 minutes in seven appearances, and freshman Brianna Lehew, who redshirted last season.

“They are the foundation. Liv, Kaleigh and Kenna have a lot of experience coming in. Even Bri and Peyton, who didn't necessarily get the on-court experience but they have been here and they have that year under their belt,” Payne said. “Those five are really what we are basing that foundation on and really trying to change the culture that we have here.”

Lucero finished her junior year, her first on the court for the Lumberjacks, ninth in the Big Sky with 14.8 points per game. Adding 4.7 rebounds, 2.6 assists and one of the conference’s highest free-throw totals at the ninth-best percentage (77.3), Lucero earned All-Big Sky Third Team honors. Averaging 26.3 minutes while playing in all 30 games as a sophomore, Paplow finished 13th in the Big Sky’s rebounding rankings with 6.7 per game with top-15 totals on both ends of the floor. Her 45.5 field-goal percentage ranked eighth and her 74.4 free-throw percentage ranked 15th.

While Lucero and Paplow found themselves on the court in almost every game, McDavis missed nearly half of her junior year but averaged 6.6 points and 2.9 rebounds in her 17 games.

The trio of Lucero, McDavis and Paplow are also the lone upperclassmen in the program aside from Central Arizona transfer Tate Tsingine. While transfers Desirae Gonzalez, Jacey Bailey and Caitlin Malvar can’t play this season due to the NCAA’s rules, they are available in practice as the Lumberjacks try to start anew with with their core leadership and host of newcomers.

“We are really trying to change the culture here and that's going to happen in practice and in the locker room,” Payne said. “That’s where it starts and then it’s the final result on the floor. But all the process stuff, the progression is the important piece for us right now.”

Gonzalez, Bailey and Malvar’s inability to play is the same process Lucero and McDavis endured two years ago after arriving from Loyola Marymount and Boise State respectively. While they spend their time learning the offense and watching, the bench will be thin for Northern Arizona.

Though Lucero, McDavis and Paplow will most likely be counted on to play around 30 minutes per game, the Lumberjacks’ five freshman and lone eligible transfer will find plenty of playing time available.

“Spots and playing time are up for grabs,” Payne said. “I think everyone is going to get a chance to compete for that and put their best foot forward. In a lot of ways for the returners, it is a fresh start for them, so everyone is coming in with a blank slate trying to compete right away. We will have a lot of competition with that and a lot of moving around with the players that are going to be playing minutes for us.”

Flagstaff High School senior Mayrin Soto is continuing a family legacy as she signed to play soccer at Webster University in the fall. She sig…

Coming into the spring 2022 season, Coconino freshman pitcher Kaitlyn Tso had expectations of making an immediate impact at the varsity level.

Russell Woods, the creator of FlagCoco, has celebrated some of the top performers in the rivalry between Flagstaff and Coconino high school at…

The final walk off the field was an emotional one for Marissa Rodriguez.

There was a short break after Coconino football fell to Glendale in the first round of the 4A Conference playoffs in November, but coach Mike …

High Country Running: I got it, or it got me

When something doesn’t feel right with my running, I go through a checklist in my mind.

The Flagstaff Eagles football team appears to be in an unprecedented spot in the spring, at least compared to recent years.

Northland Prep Academy junior Lukas Pico never thought he’d be standing atop the medal stand, having earned gold in the high jump at the Divis…