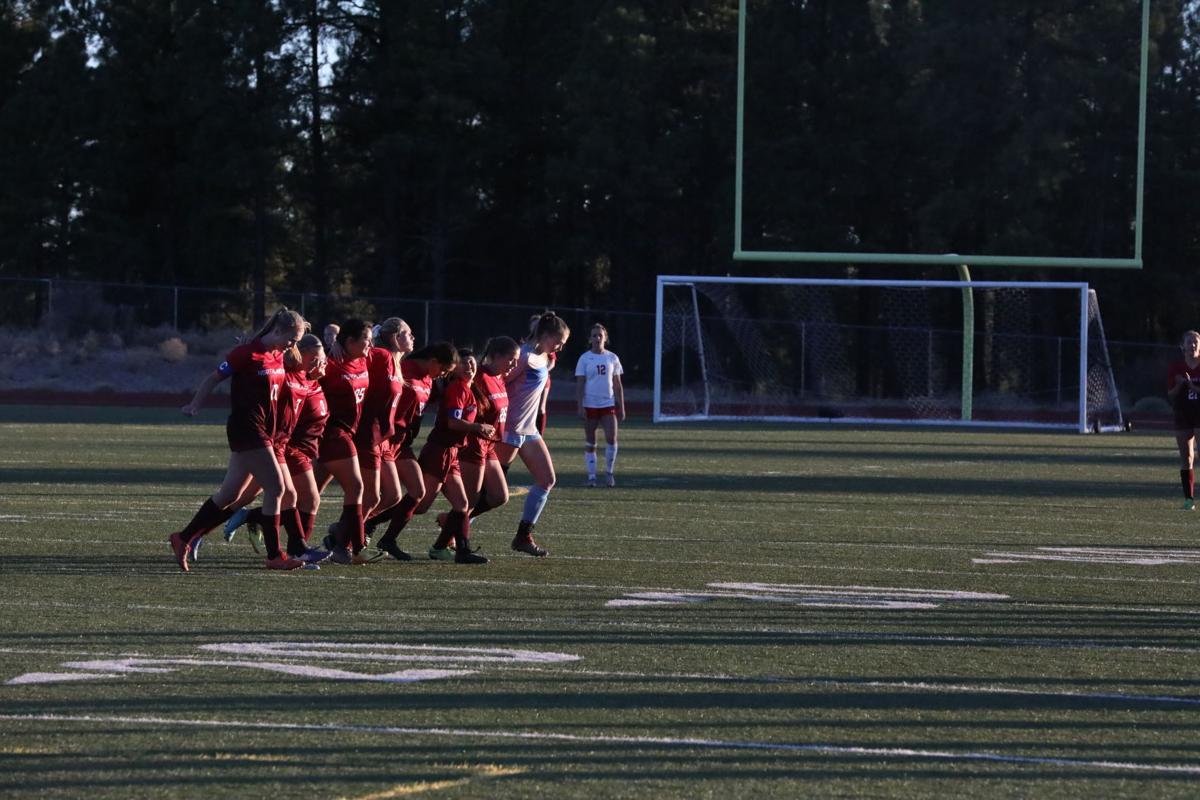 The seniors on the Northland Prep girls soccer team walk off the field in the final minute of a 4-0 win over St. Johns at Sinagua Middle School. The Spartans completed their second straight undefeated regular season with the win. 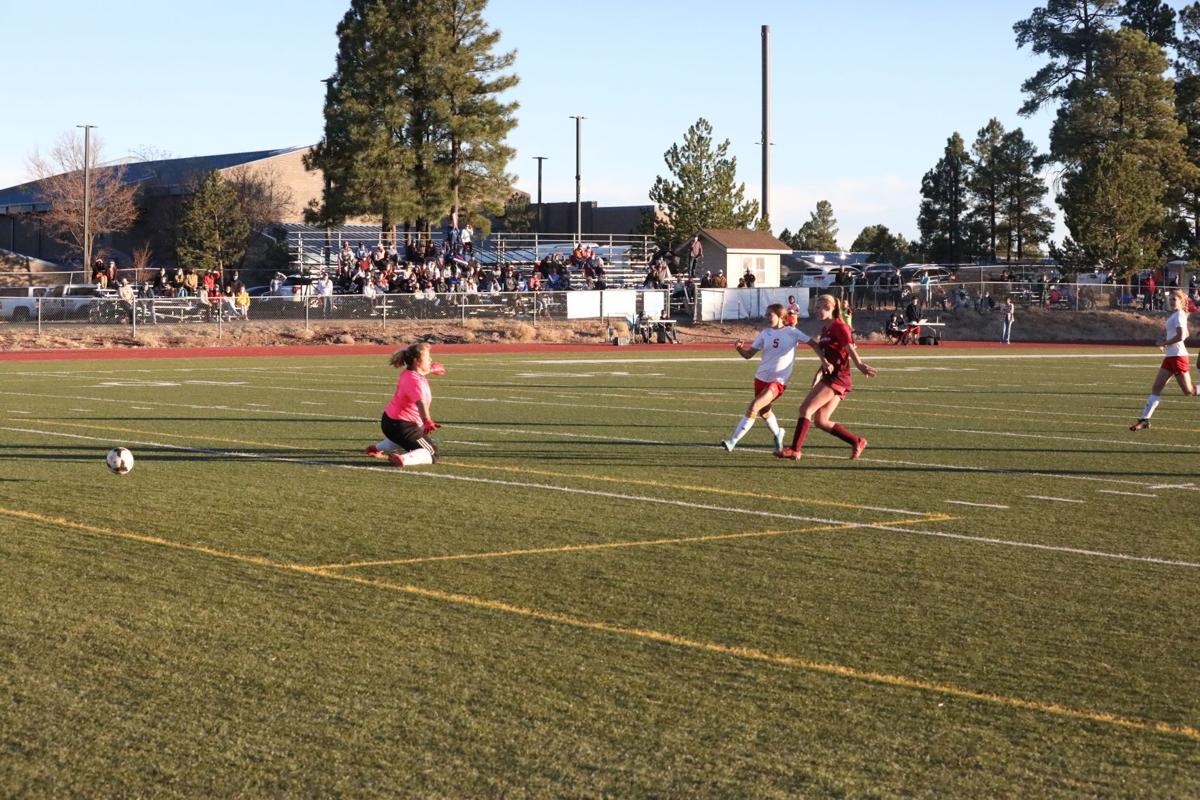 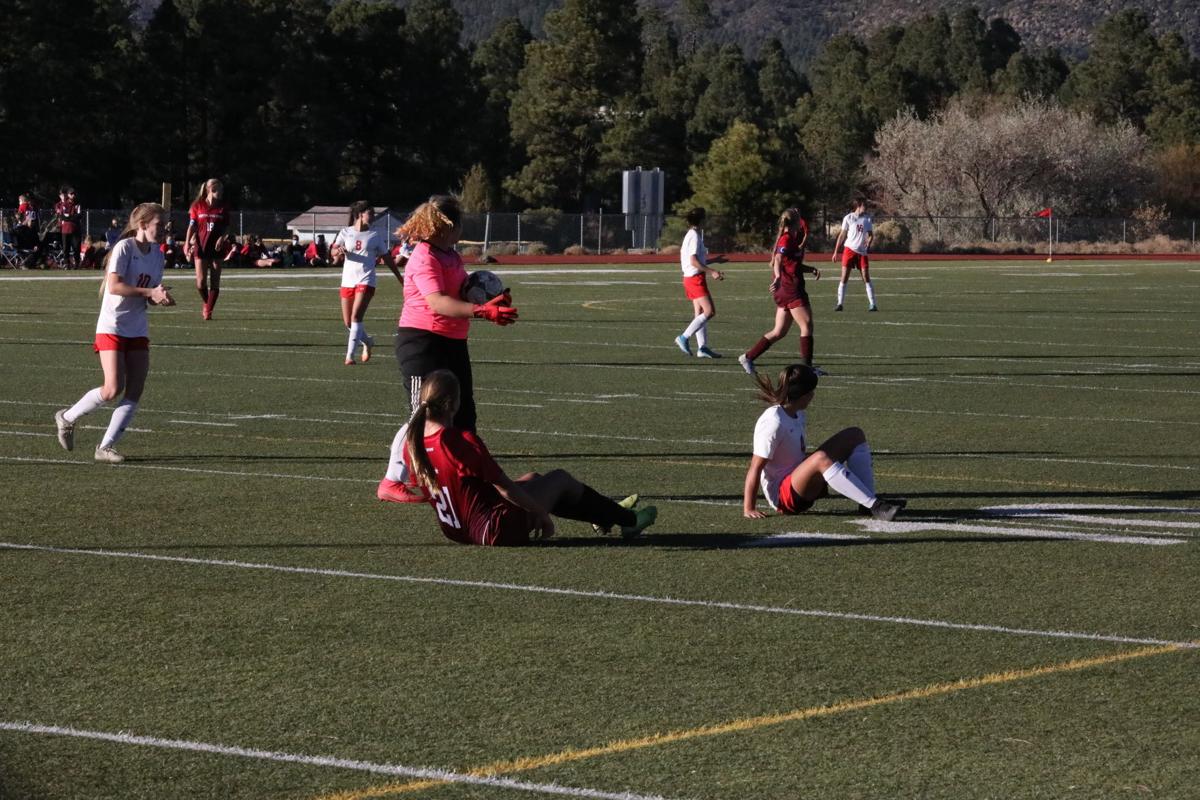 The Northland Prep girls soccer team ended its regular season similar to how it has all year: with a shutout.

The Northland Prep Spartans defeated St. Johns, 4-0, Thursday at Sinagua Middle School to cap off the regular season on a perfect 12-0 record -- the team's second straight undefeated season and third in the last four seasons.

The Spartans will enter next week's 2A Conference state playoffs as the favorite for a state title, which would be the team's fourth straight.

For the seniors on the team, Thursday's match had a different feel to it. During an emotional Senior Day, the team was able to rejoice in their victory. Even though it was not the cleanest game, the seniors were still able to show out and end the regular season with a win.

Senior forward Ellie Karren ended her season doing what she does best, scoring.

“Scoring is one of my favorite things. I love to do it and being able to do it on my last home game,” Karren said. “Being able to put two in the net made me very happy.”

Karren scored two of the four goals for the Spartans against the Redskins, who entered the match ranked No. 3 in the 2A and ended their season with a 9-2 overall record. Even though the Spartans offense was not as dominant as it has been in previous match-ups, the team still managed to walk off the field feeling victorious. This triumph, however, was a little bittersweet.

Senior Mia Blair was happy, but -- as expected -- sad that the regular season was done as her team looks toward the playoffs.

“Four years with an amazing team, what more can you ask for?” Blair said. “So happy in that regard, but honestly really sad that it is over because it has been just an amazing experience.”

Being their senior night, the girls indulged infestivities after the match. The younger players on the team shared their most cherished memories with their seniors as they were surrounded by their friends and family.

“A legacy of champions” is what the seniors helped cultivate and Blair is eager to see how the younger players on the team continue this legacy.

“I am looking forward to seeing what the team next year does, just because I know it is also full of a lot of confident players who will do amazing things,” Blair said.

The nine seniors on the roster still have more time in their uniform. The undefeated Spartans will go to the 2A state semifinals next Friday and hope to compete in the finals on Saturday. The Spartans will know who they play Tuesday after the play-in round is completed.

“One loss in four years, other teams are shooting to be like us,” Spartans co-head coach Michael Blair said. “We take pride in that.”

With teams striving to be like them, their opponents have stepped up their game to try to dethrone the Spartans.

The seniors on the Northland Prep girls soccer team walk off the field in the final minute of a 4-0 win over St. Johns at Sinagua Middle School. The Spartans completed their second straight undefeated regular season with the win.