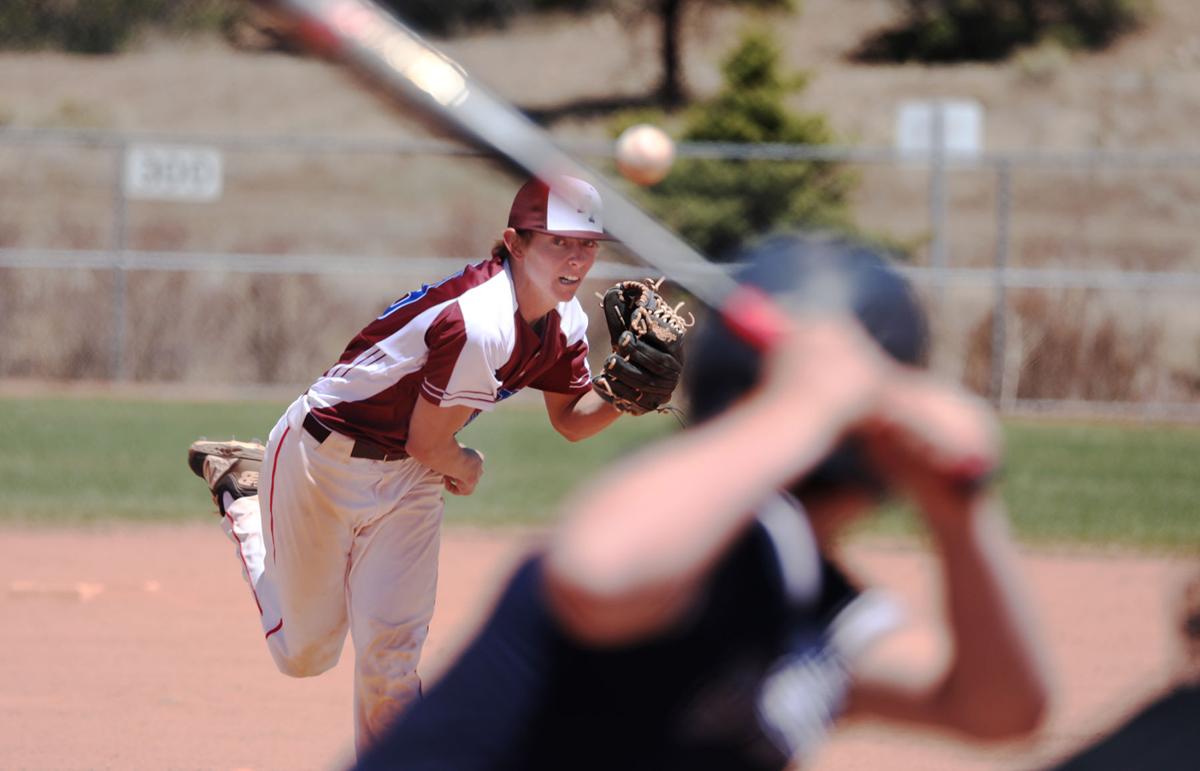 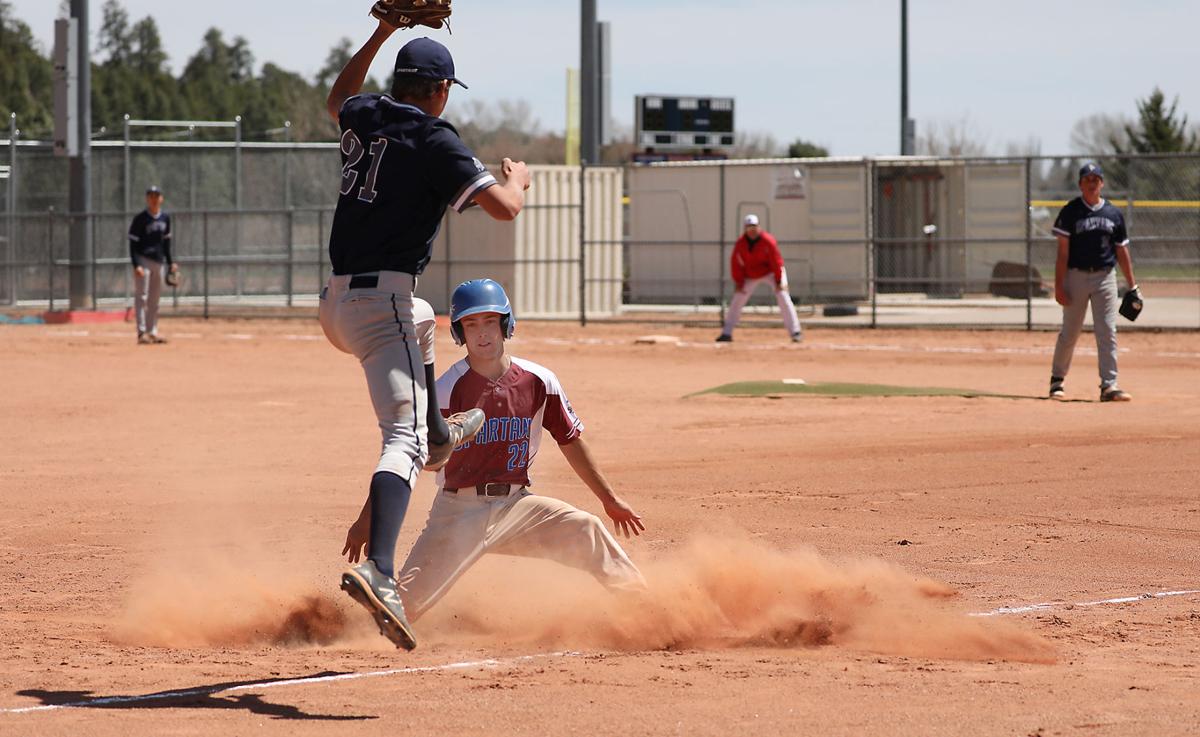 Northland Prep’s Chase Hamilton (22) arrives in a cloud of dirt at third base just ahead of the ball Thursday afternoon during a game against Scottsdale Prep at the Continental ballfields in Flagstaff. 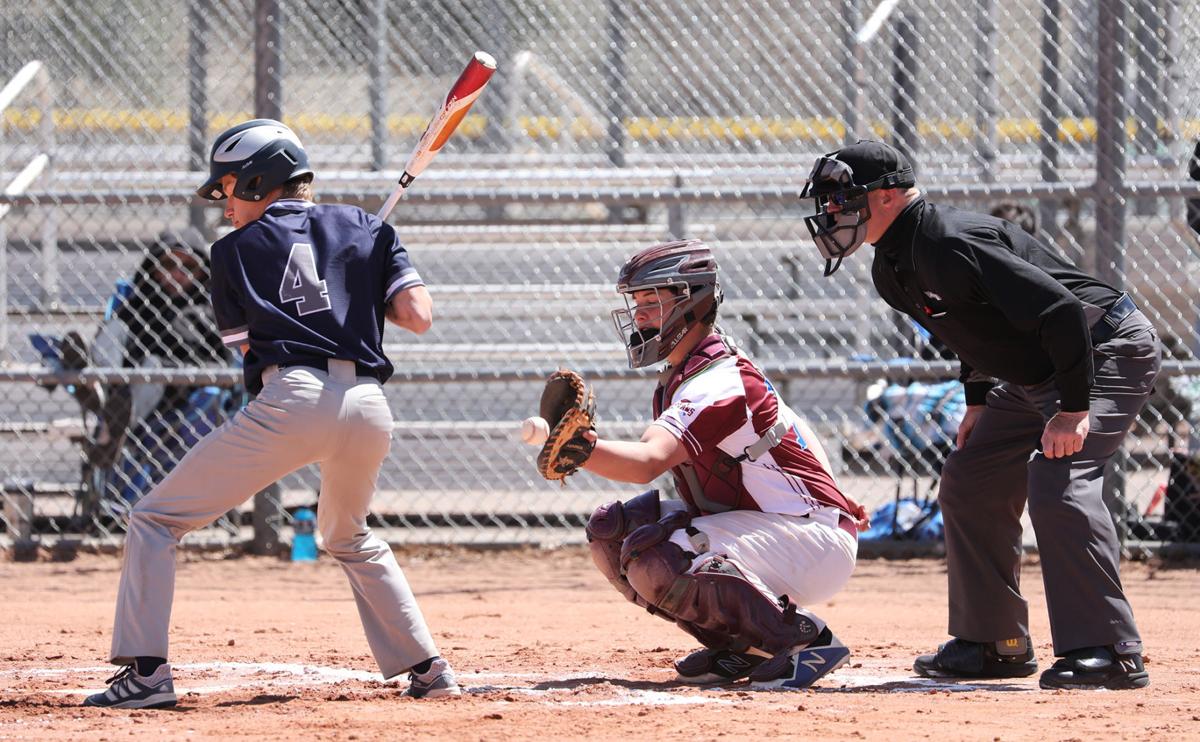 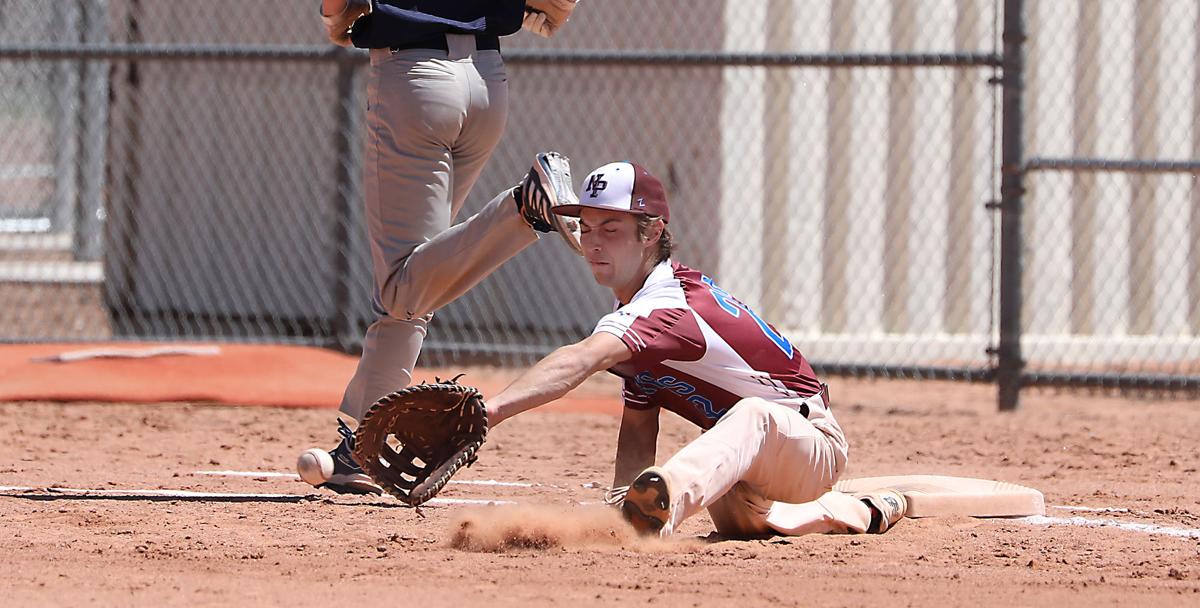 Northland Prep’s Connor Barta (22) stretches for a late throw at first base Thursday afternoon during a game at the Continental ballfields against Scottsdale Prep. 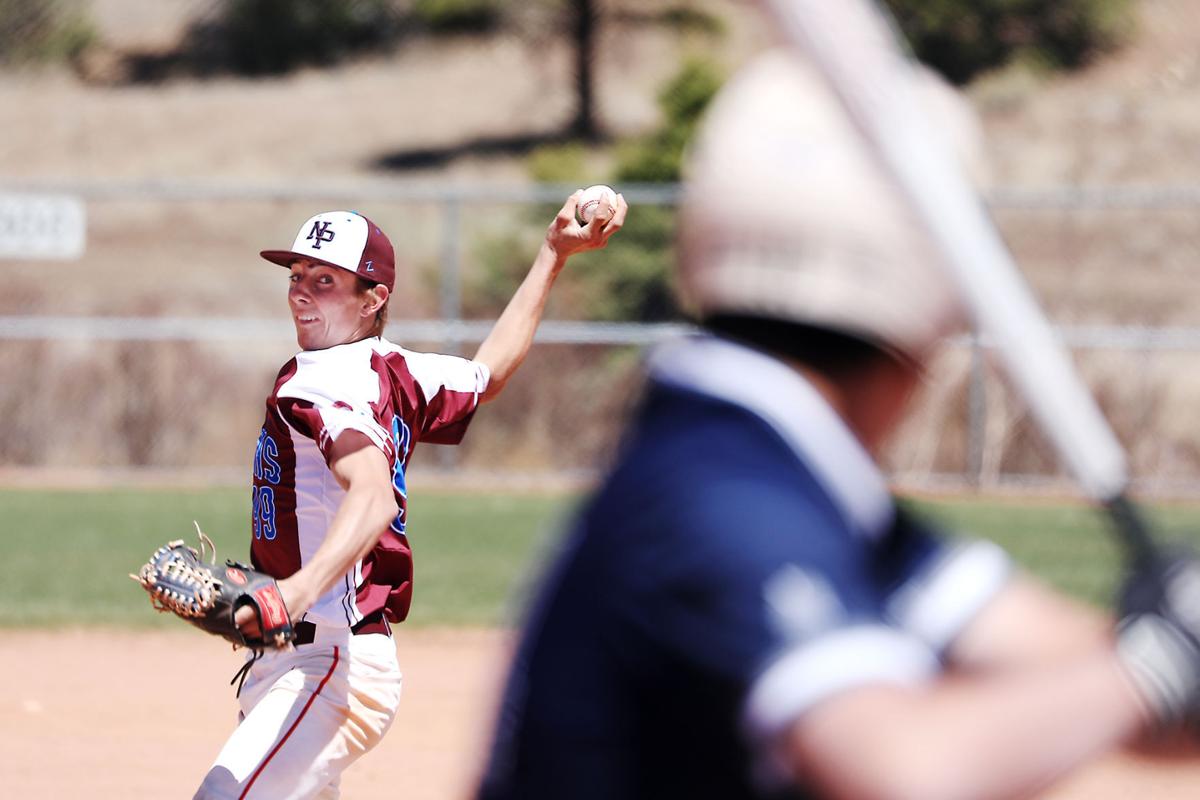 The Northland Prep Spartans -- despite their youth, inexperience, struggles finding places to play ball in Flagstaff and many other challenges this spring season has presented -- have been chasing a Central Region crown.

That outlook slipped away when Northland Prep ran into one of the most successful pitchers in the 2A Conference on Thursday at the Continental ballfields.

Craig Bohrer pitched a solid game and got lots of run support as Scottsdale Prep beat Northland Prep, 15-4, in five innings via the mercy rule.

Northland Prep (3-3, 3-1 Central Region) scored a run in the bottom of the first to try to respond to giving up four in the top of the frame and later made it a 5-3 deficit after scoring two runs in the third, but couldn't keep pace during its home game, losing a second straight outing and splitting the regular-season series with Scottsdale Prep, which also uses the Spartans mascot.

Connor Barta recorded two RBIs during his 2-for-3 day at the plate, and he hit a home run for Northland Prep, which outlasted ninth-ranked Scottsdale Prep in the season opener for an 8-7 victory in eight innings.

But Bohrer wasn't on the mound for that meeting.

Bohrer struck out six batters Thursday and issued just two walks for the win, his fourth of the season for Scottsdale Prep (9-2, 5-1 Central), helping lead his team to a seventh straight victory.

Jordan Donahue, one of four freshmen on the diamond for No. 12 Northland Prep, went 1 for 3 with an RBI, and senior Chase Hamilton homered and was 1 for 3 with two runs scored and an RBI. Hamilton also drew a walk.

For Spartans manager Matt Schmidt, his young team keeps making strides, but also has shown its need for more experience.

“If we play to our potential, we can be a good team," he said.

Senior pitcher Caiden Cribbs gave up 10 earned runs across 4 2/3 innings, issuing no bases on balls while striking out six batters.

Scottsdale Prep busted open the game with a six-run fourth and kept the momentum going into the fifth when it added four more runs, putting pressure on the host to avoid the run rule.

Northland Prep will look to bounce back when it takes on Williams on the road Saturday for a game at 1 p.m.

Northland Prep’s Chase Hamilton (22) arrives in a cloud of dirt at third base just ahead of the ball Thursday afternoon during a game against Scottsdale Prep at the Continental ballfields in Flagstaff.

Northland Prep’s Connor Barta (22) stretches for a late throw at first base Thursday afternoon during a game at the Continental ballfields against Scottsdale Prep.