US virus numbers drop, but race against new strains heats up; Biden pushes for 1.5M shots per day 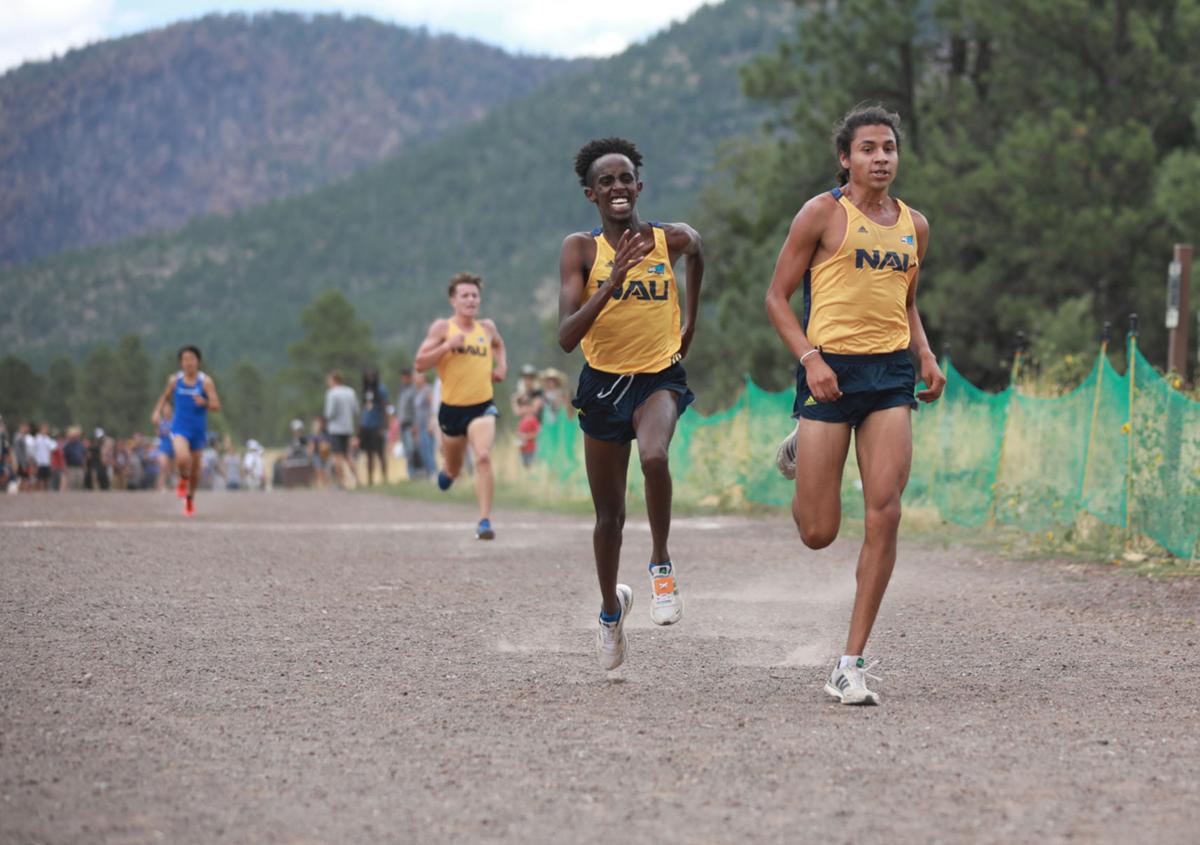 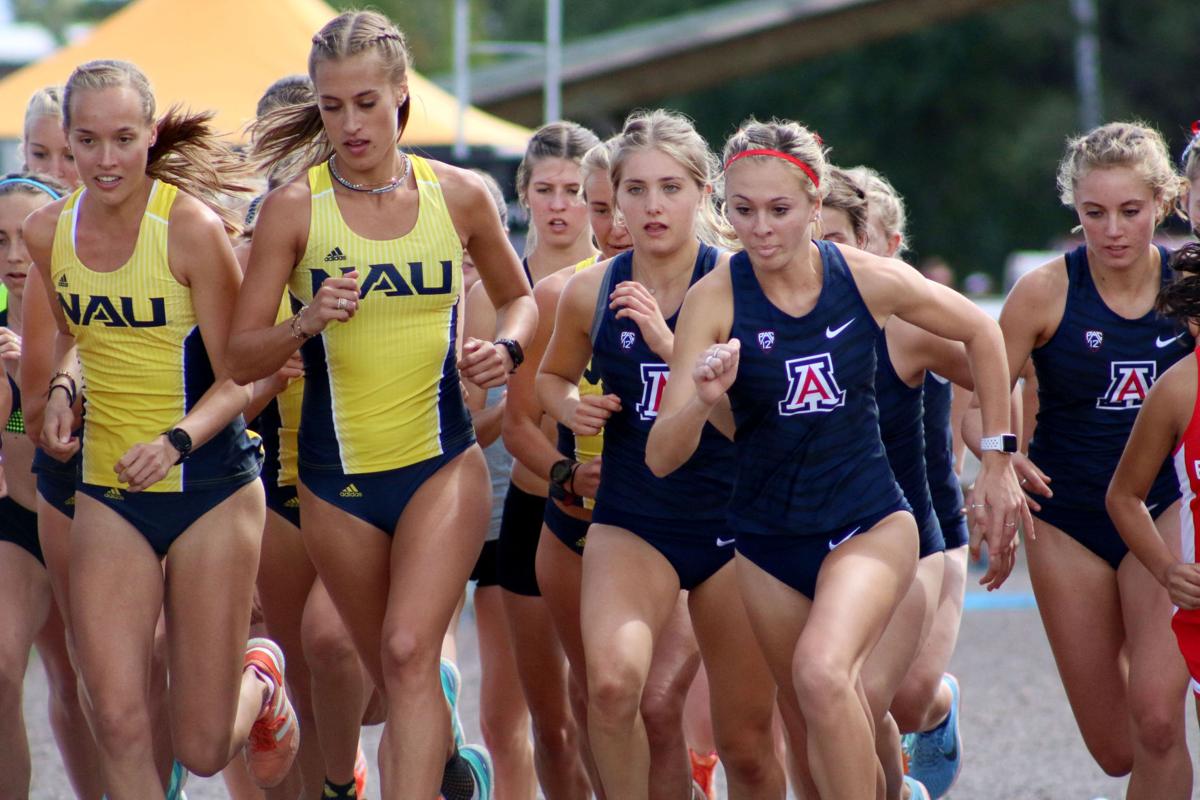 In this 2019 file photo, Arizona's Keelah Barger, a former Northland Prep runner, breaks out ahead of the pack during the 2018 George Kyte Classic at Buffalo Park alongside Northern Arizona runners.

For a running community as crazed and committed to the sport as Flagstaff, the pandemic-caused closures of racing events definitely put a damper on the start of fall. But Northern Arizona cross country got some good news this week.

The Big Sky Conference passed a new resolution allowing its member schools to schedule up to two cross country races during the fall. Northern Arizona quickly took advantage, setting up a meet in Big 12 country at Oklahoma State in Stillwater, Oklahoma, the same course the March 15, 2021, NCAA National Championship race will be.

The announcement flew totally under the radar. The news first being broken by Standard-Examiner Sports Editor Brett Hein Tuesday while the Big Sky never actually released the info itself formally. Northern Arizona did make an announcement Wednesday afternoon through its athletics communications department.

It isn't clear why exactly the news wasn't released by the conference, but nonetheless there is a big advantage to be had for Northern Arizona and the rest of the Big Sky with the new fall meets.

The cross country season was changed to start in January -- along with all other fall sports essentially -- with the national championships happening in March. The biggest adjustment was that there will be no regional races.

Instead, qualifying teams for nationals will be chosen by a selection committee based of the body of work during the fall and winter months. "During the fall" is key there for Northern Arizona director for cross country and track and field Mike Smith.

"A conference like ours -- with other conferences competing in the fall -- is at a disadvantage," Smith said. "We can't have competitive opportunities."

Now, with the Big Sky's recent decision to allow some fall races, Northern Arizona can do some of what it normally likes to do during non-pandemic altered seasons.

If you take a look at each of the past few seasons for the Northern Arizona team, it is hard not to notice the team always seems to schedule at least one early-season race at the same site the national championships are at. Of course, that is for a reason.

"We have always used the reconnaissance of a course as part of our preparation," Smith said. " ... That's been an important part of what we do, and this is the opportunity for us to check out that course that at the moment we don't see another opportunity for that. We just looked at this as an equitable opportunity to prepare for the meet and then be selected for the meet."

Of course with any competition at any level during a global pandemic there needs to be precautions. Smith said the team has to go through multiple rounds of testing to make sure no one on or near the team tests positive for COVID-19.

If a positive test occurs, Smith said, the team will immediately call off the race and go through proper quarantine and contact tracing protocol to mitigate spread.

Smith noted he wouldn't send his athletes out of the Flagstaff community if he didn't believe in the precautions set in place by the Big 12.

He added the team will take buses out to Oklahoma rather than the normal flights so that the team can better avoid crowded indoor areas where a potential exposure can happen.

From a straight-up competition perspective, Smith said the Lumberjacks were excited to get the chance to race for the first time in nearly six months after the 2019 outdoor track and field season was completed canceled.

Since then, the team has done what it can do train. Whether with athletes at home before the semester or here in Flagstaff since they have been back, Smith said the team is race ready after the training schedule he and his coaching staff have set up.

"We don't know when the next may be so we are just happy to have at least one," Smith said.

Northern Arizona, which saw its men take second at nationals in 2019, is expected to have another title-competing team on the men's side, led by 2019 All-Americans Drew Bosley and Abdihamid Nur along with Luis Grijalva and Blaise Ferro among others on another deep men's team.

On the women's side, Pipi Eitel, Taryn O'Neill and Bryn Morley will compete for a group that is ready to continue building off a 14th-place finish at the 2019 NCAA national meet.

The race at Oklahoma State is scheduled for Saturday, with the men running at 7 a.m. and the women at 7:50 a.m.

There might not be football, or crowded parades and carnivals or even the traditional chili cook-off, but Northern Arizona University students…

The Northern Arizona men's cross country team will compete Saturday at the OSU Invitational in Stillwater, Oklahoma, for the team's first meet…

In this 2019 file photo, Arizona's Keelah Barger, a former Northland Prep runner, breaks out ahead of the pack during the 2018 George Kyte Classic at Buffalo Park alongside Northern Arizona runners.