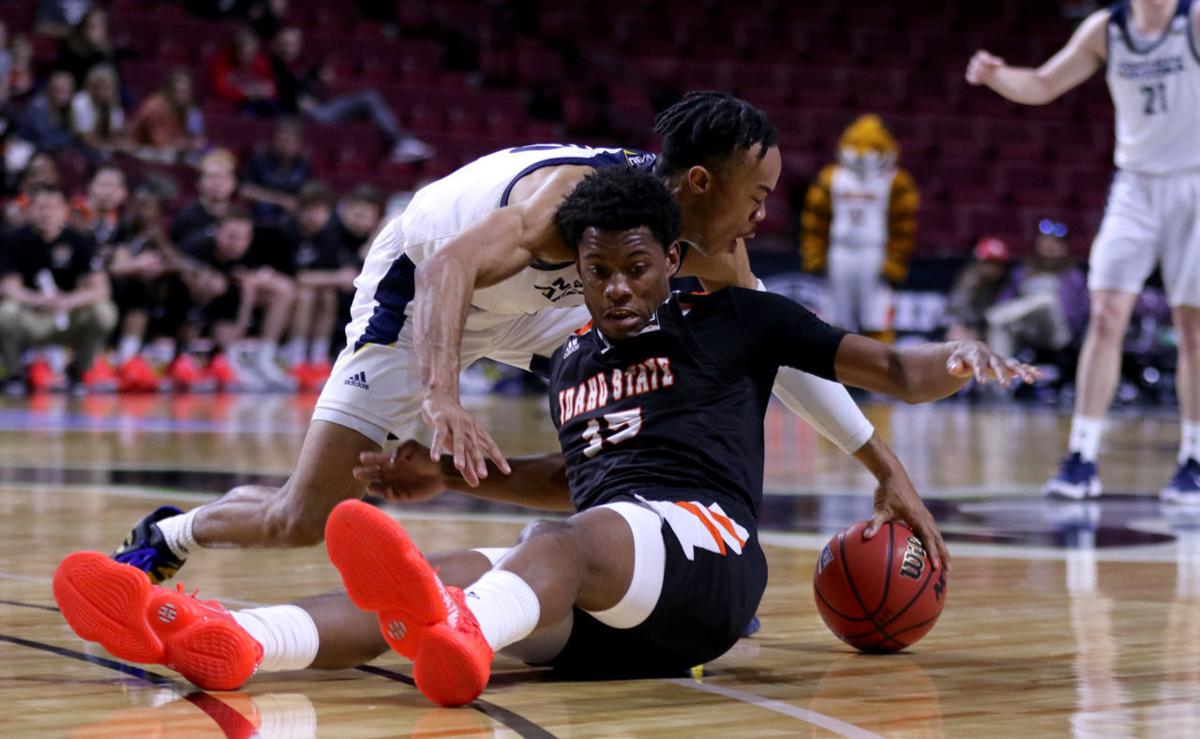 Northern Arizona guard Cameron Shelton (20) battles for possession with an Idaho State player in the first round of the Big Sky Conference tournament Wednesday in Boise, Idaho. 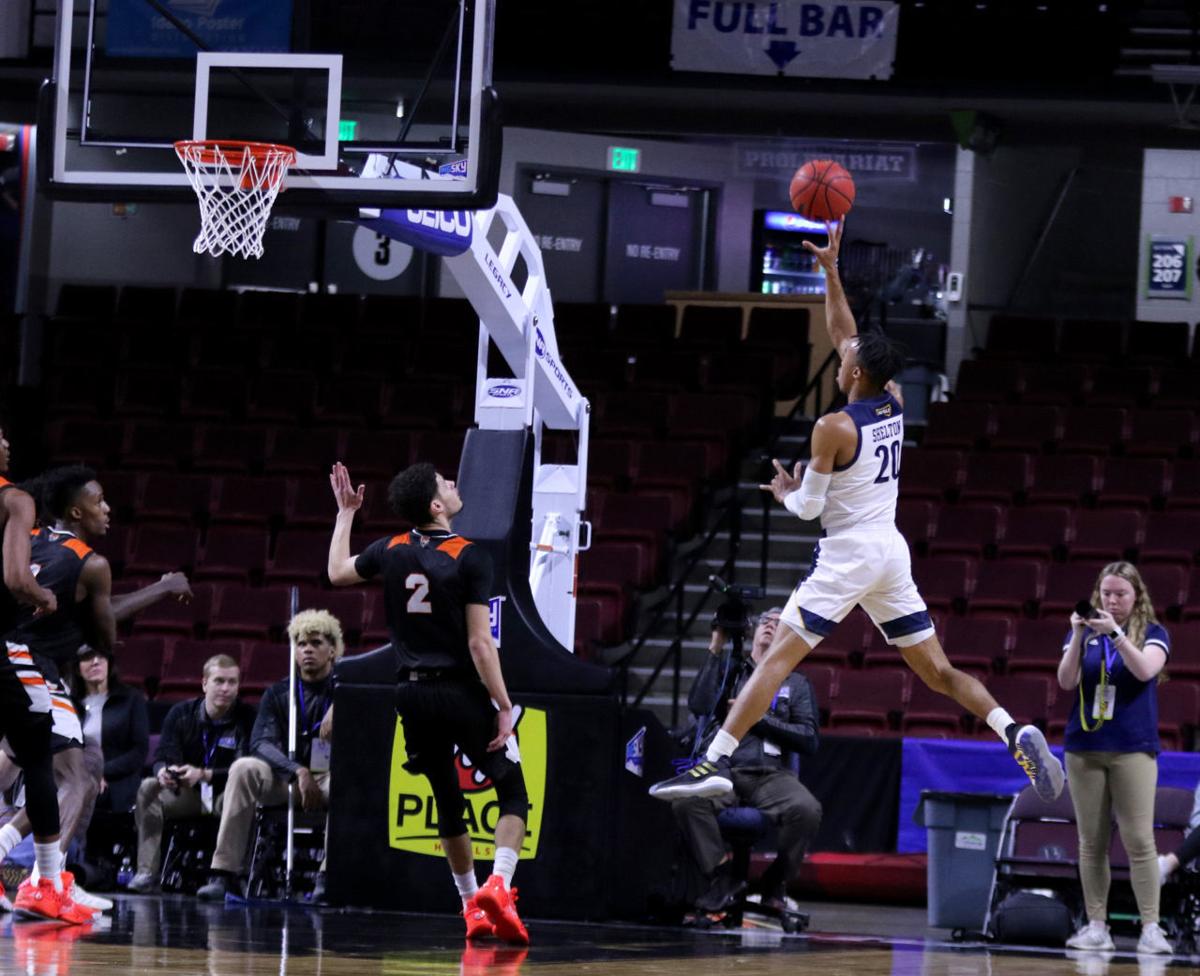 Northern Arizona guard Cameron Shelton (20) shoots over the Idaho State defense in the first round of the Big Sky Conference tournament Wednesday in Boise, Idaho.

Northern Arizona men's basketball saw its season cut much shorter than it had hoped, falling in an upset to the No. 11-seeded Idaho State Bengals in the first round of the Big Sky Conference Tournament.

The sixth-seeded Lumberjacks couldn't hold on in Boise, Idaho, after clawing back from a 15-point halftime deficit in a 64-62 loss to the Bengals, who finished last in the Big Sky standings following the regular season.

Like many of the recent losses for the Lumberjacks, Wednesday came down to missed shots.

As a team Northern Arizona shot 36% from the field and just 4 of 13 from deep -- starting out 1 of 9 from long distance in the first half.

It took Northern Arizona about nine minutes to dig out of the first-half deficit, doing so off a 19-6 run to open the second and tie the game at 50-all. Idaho State answered with a layup and a 7-0 burst, forcing the Lumberjacks to play from behind for the final eight minutes.

Northern Arizona cut it down to 62-61 off a backdoor dunk by Cameron Satterwhite and a three-point play by Brooks DeBisschop with three minutes left on the clock.

From there both teams went ice cold, going scoreless from the field the rest of the way.

Following a pair of free throws to go up three, Idaho State fouled Lumberjacks guard Cameron Shelton to force an intentional miss situation at the foul line that the Lumberjacks couldn't convert.

"We had the ball three times down one point and we couldn't put the ball in the basket," Lumberjacks interim head coach Shane Burcar said in the post-game press conference. "As I always say, no one tries to miss a shot. I couldn't be more proud of our team's effort."

The Lumberjacks jumped out to a an 11-2 lead in the first four minutes, but the Bengals answered just as fast to take a 17-15 advantage off a Chier Maker 3-pointer at the 12:41 mark.

The rest of the first half was back and forth until Idaho State rattled off 13 straight points in the final three minutes -- just dicing Northern Arizona's defense with smooth cuts and crisp ball movement.

Burcar's future with the program is unclear, as Northern Arizona has not given any official word on whether he will be retained.

The Lumberjacks graduate DeBisschop and Chris Bowling, who didn't play a massive role this year.

That leaves all-conference caliber players such as Shelton and Andre, as well as key contributors Cameron Satterwhite and Luke Avdalovic, among other promising players. But who stays or doesn't likely depends on where Burcar ends up.

A potential of a postseason for Northern Arizona is also unclear, as the CBI Tournament announced Wednesday that it is canceled due to concerns regarding the coronavirus.

Northern Arizona guard Cameron Shelton (20) battles for possession with an Idaho State player in the first round of the Big Sky Conference tournament Wednesday in Boise, Idaho.

Northern Arizona guard Cameron Shelton (20) shoots over the Idaho State defense in the first round of the Big Sky Conference tournament Wednesday in Boise, Idaho.