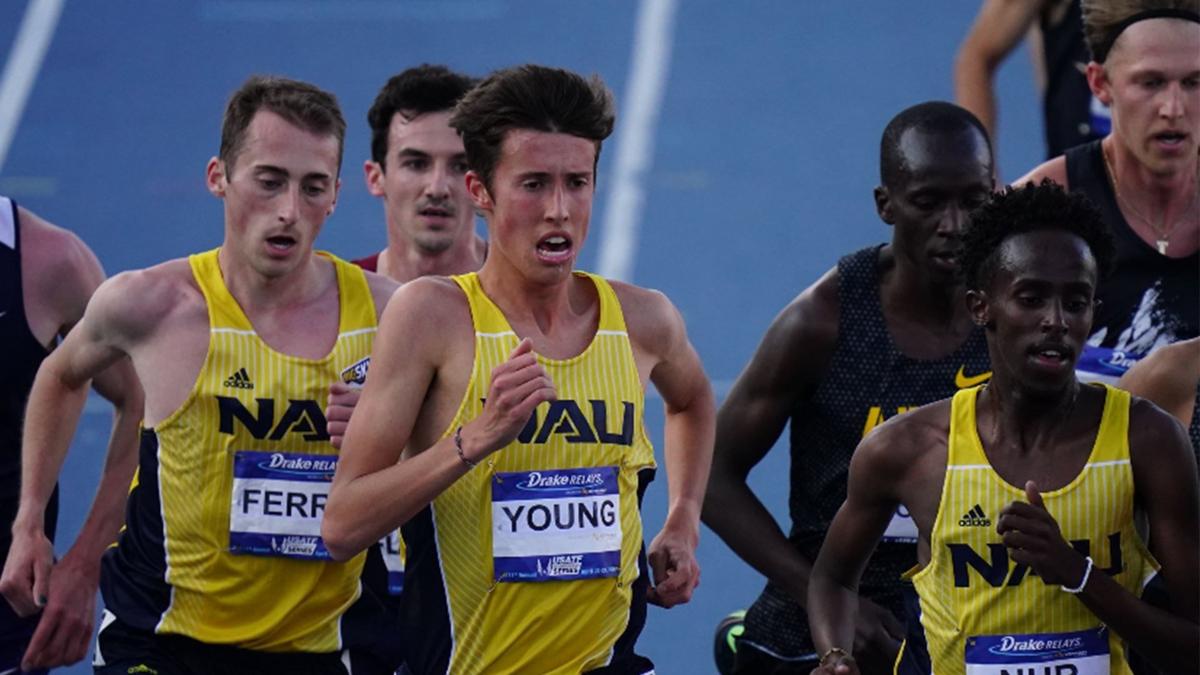 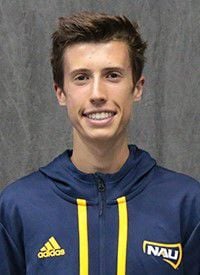 Nico Young is a freshman on the Lumberjacks track and field team.

Having already broken records and put himself in a position for immediate success, Northern Arizona freshman distance runner Nico Young is looking forward to the 2021 Big Sky Conference Outdoor Track and Field Championships to come later in the week.

In just his freshman season, Young broke the U20 American record in the 5,000-meter with a time of 13:24.26 at the Drake Relays in April, qualifying for the Olympic Trials this summer in the process, clocked the best time in the NCAA this season and produced the fourth-fastest 5K race in Lumberjacks history. The performance earned him the Big Sky Conference Men's Track Athlete of the Week honor.

When he takes on the Big Sky race and the following NCAA championships, he hopes to continue his winning streak and maybe even break more records.

“I think if my training is going really well and there’s a record that I think I could go after, I’d definitely do that,” he said.

He began running at age 5 as part of a youth track league in California, his home state. But, despite earning several prestigious high school running accomplishments -- Young was the 2019-20 XC National Gatorade Player of the Year and won the California cross country state championship twice, among other honors -- he did not expect this level of success early in his life.

His original running came in sprints and short-distance running on track teams throughout middle school. When he began high school, he took up cross country, joining as a freshman. He remembered being good, but nowhere near the special level he achieved in his later high school years.

After his second high school season, he could see himself improving rapidly. A coach sat him down and the two discussed that, on his current trajectory, Young might have a real future in distance running.

“I don’t know if there was a single race, but I think just getting better from my sophomore year of high school into my junior year, it was motivating because there ended up being more possibilities than I thought there would be for me to go to college and move on,” Young said.

He chose Northern Arizona because of its storied running history, altitude, elite coaching and the chance to run with other elite athletes in daily practice.

However, his first athletic year was made difficult by the coronavirus. There were fewer races, spread further throughout the United States. For example, in a normal year the Lumberjacks would not have sent the runners to Des Moines, Iowa, for an event like the Drake Relays, opting for something closer to Flagstaff.

“Every race we’ve done has just been kind of unexpected just because of COVID making it hard to find opportunities. But I feel that has made the races I did get to do even more important,” Young said.

But it was partially because of the Drake Relays’ elite field of runners, and a desire to keep up with their pace, that allowed him to reach the record-breaking 5000m time.

“I think going into it, racing and competing with these runners, I figured I could get a good time out of it if I stayed with the pace and then I ended up doing it,” Young said.

Young hopes, after a successful college career, to pursue professional running. He said success in national events could vault him there.

But for right now, toward the end of his freshman year, he is focused on his first outdoor track and field postseason, including the conference race and following national meet. Then, Olympic Trials against some of the best runners in the United States will be next.

Running has served Young well so far, and he acknowledges a bright future ahead. But, there are plenty of races to prepare for in the future, and each step requires success at the preceding event.

"There’s all these marks and events I want to hit before I'm done, and I’m just focusing on each one as it comes," he said.

Nico Young is a freshman on the Lumberjacks track and field team.