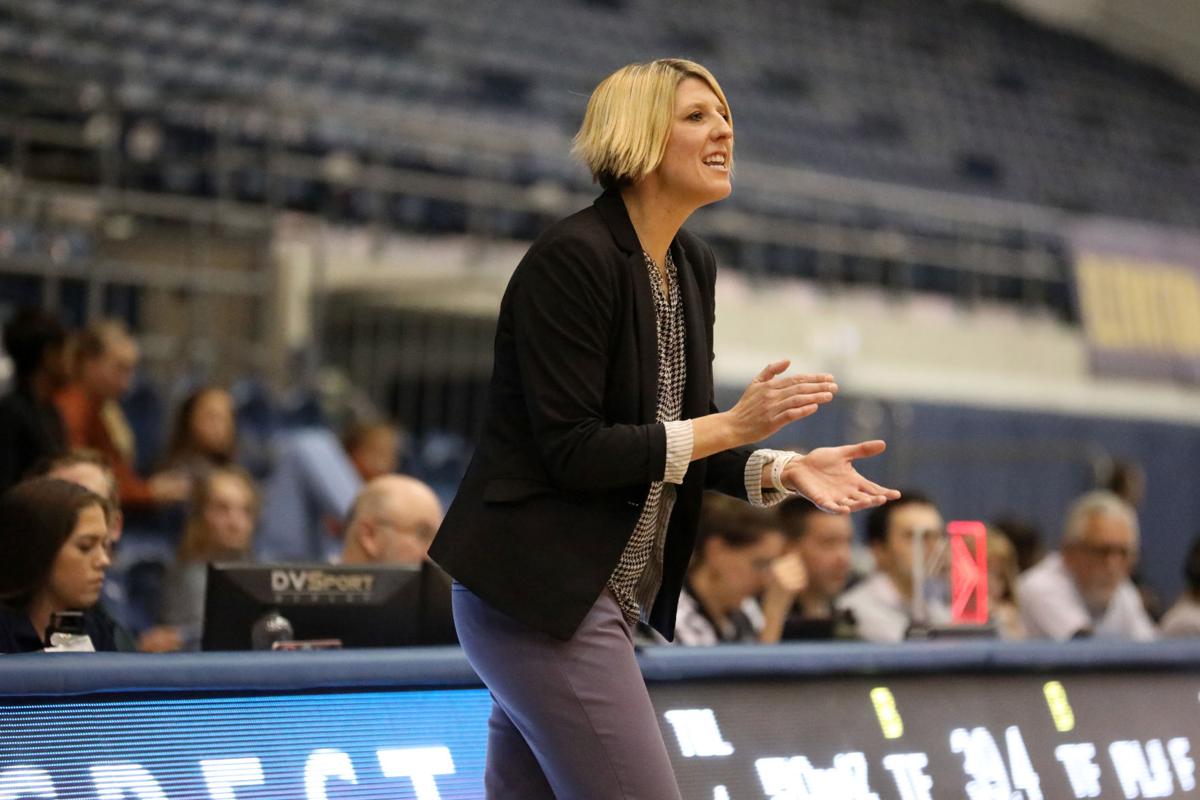 Northern Arizona head coach Loree Payne gestures to her team on the court during a game last season against Idaho State in the Walkup Skydome.

One was voted as a contender, the other looking up at the bulk of the Big Sky Conference.

The Big Sky Conference announced Wednesday morning that the Northern Arizona women's basketball team was voted by both the media and Big Sky coaches as the preseason No. 3 while the men where picked to finish near the bottom at eighth.

The women were picked in the top half of the Big Sky preseason poll for the first time in more than a decade after the Lumberjacks, who also had star forward Khiarica Rasheed earn preseason MVP Tuesday, finished tied for fourth in 2019-20.

Northern Arizona finished in the final four of the Big Sky Conference championship tournament before it was nixed due to COVID-19 in March. All four semifinalist finishers -- Idaho, Idaho State, Montana State and Northern Arizona -- were the top four in both the preseason media and coaches' polls.

The Northern Arizona men, which had junior guard Cameron Shelton named to the preseason All-Conference team Tuesday, were picked eighth in both polls for the second consecutive season. After the team was picked eighth before the 2019-20 season, the Lumberjacks went on to finish tied for fifth in the regular season after posting a 10-10 Big Sky record and 16-14 overall mark in head coach Shane Burcar's interim season.

Eastern Washington was the consensus favorite to win the Big Sky, while Montana was the consensus second-place team. Weber State, which has a swath of newcomers and transfers this year, was picked third by the coaches and fifth by the media.

The Northern Arizona men added one member to its 2021 class via the early signing day Wednesday.

Jackson averaged 19.7 points, 6.2 rebounds, 3.4 assists and 2.6 steals per game during his junior season a year ago at Whitefish Bay High School in Milwaukee, Wisconsin. Jackson had Division I offers in football as well as he is a standout defensive bac.

Jackson will join a roster looking for some depth at the position, with All-Conference point guard Shelton -- who still has two years of eligibility left -- as well as highly touted freshman Carter Mahaney. Charles Burns and Davy Cummard are the other combo guards near the end of the rotation.

Northern Arizona head coach Loree Payne gestures to her team on the court during a game last season against Idaho State in the Walkup Skydome.