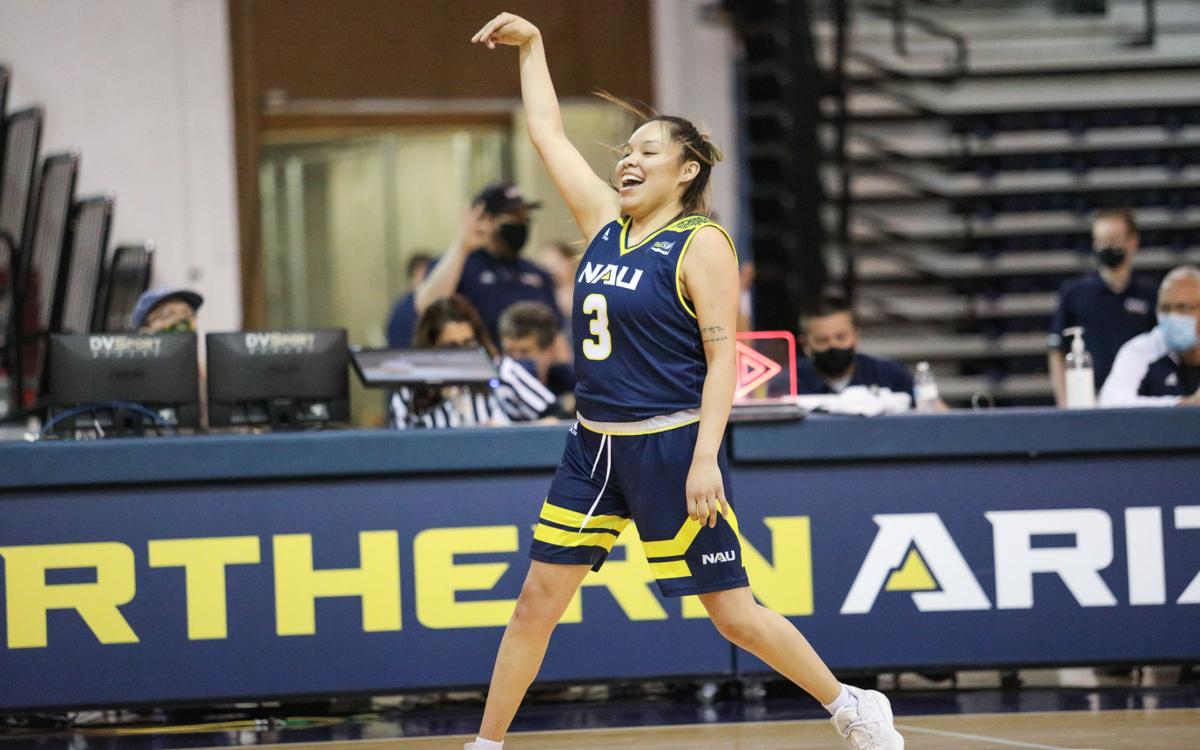 Northern Arizona weathered foul and turnover issues to get by winless Weber State, 82-70, at home in the Rolle Activity Center Thursday night. JJ Nakai led all the Lumberjacks with 20 points -- 10 in the first quarter -- on 7-of-14 shooting from the field and a 4-of-6 day from 3-point range.

Safe to say it wasn't the prettiest game.

Northern Arizona, which snapped a two-game losing skid that included two losses that were decided in the final seconds, trailed 34-32 at the break against the struggling Wildcats. Northern Arizona went on to beat Weber State by 14 -- 50-36 -- in the second half.

Foul issues plagued both teams as a combined 46 fouls were called -- 24 for Weber State, 22 for Northern Arizona. The high foul count naturally led to a battled at the free-throw line where Northern Arizona went 21 of 27.

Weber State went 17 of 23 from the charity stripe but had a massive disparity in the fourth quarter when Northern Arizona went a whopping 16 of 19 from the foul line to close the win.

Regan Schenck finished with 17 points, six rebounds and six assists as she went 6 of 6 from the foul line for the Lumberjacks. Khiarica Rasheed lived at the line, going for 13 points on 8-of-12 free-throw shooting.

The Lumberjacks went 11 of 21 from deep while Weber State hit just three of its nine tries.

The Lumberjacks and Wildcats are back at it Saturday at noon in the Rolle Activity Center.

After a lengthy COVID-19 related pause, things went a little rough for Northern Arizona in Ogden, Utah, against Weber State.

It wasn't the most shocking outcome, considering Northern Arizona was coming off a long hiatus that canceled five games in a row following a potential momentum-shifting win over Northern Colorado way back on Jan. 30.

The Lumberjacks just so happened to take on a buzzsaw of a team that has been cutting its way through the rest of the Big Sky. The Lumberjacks lost to Weber State 92-59 -- the team's biggest loss since the 49-point defeat against Colorado State in December.

Despite being down two starters due to a non-COVID-19 illness and another out for a violation of team rules, Weber State controlled the entire game.

The Wildcats routed the Lumberjacks behind Isiah Brown's 31-point day. The star guard scored 20 in the first half to lead Weber State to a 44-28 advantage at halftime.

The Wildcats simply dominated. Weber State shot an absurd 56% from the field, 50% from deep and a solid 71.4% from the foul line. Weber State hit 18 3-pointers, while Northern Arizona attempted just 18 3s.

Weber State set a new school record for made 3s against a Division I team with the 18 makes.

The Lumberjacks fall to 5-12 overall and 4-7 in the Big Sky with three more regular-season games left. Weber State moves to 13-5 overall and 8-3 in the league as it continues to roll, winning its 10th game since the calendar switched to 2021. Weber State has lost just twice during that span.

The two will do it again in Ogden on Saturday at noon.