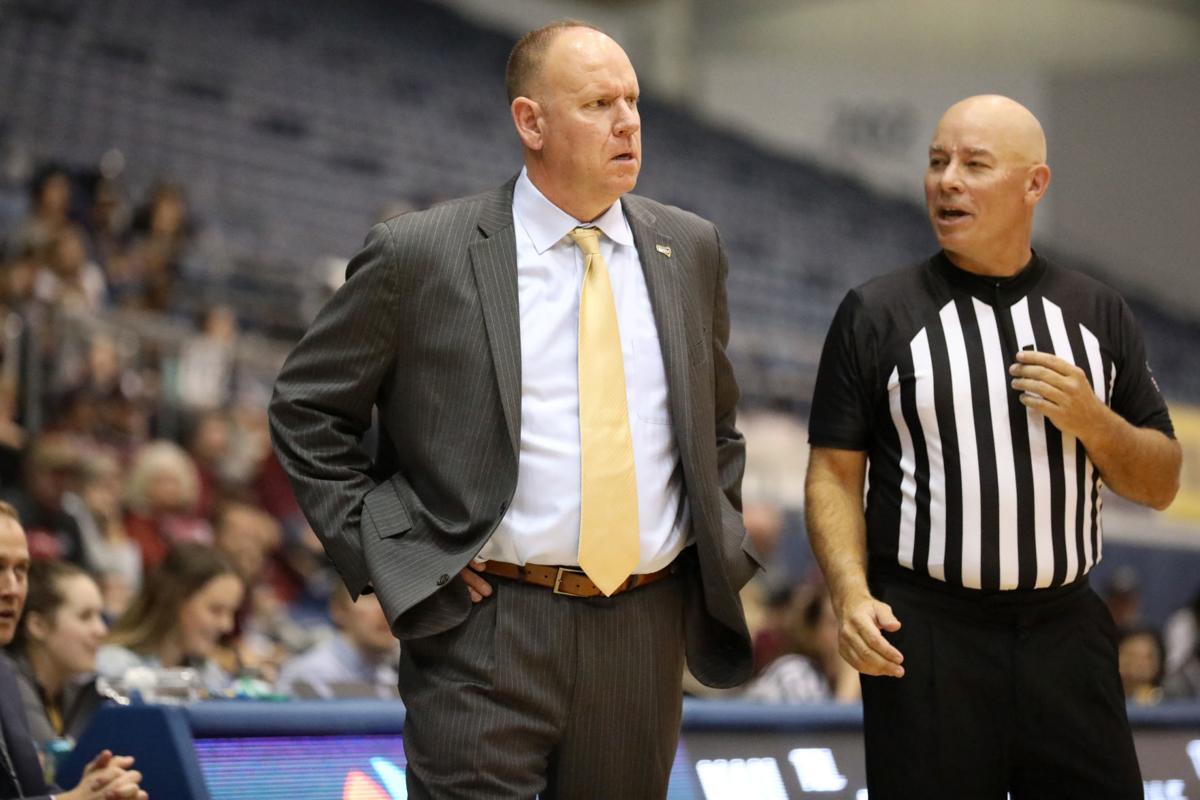 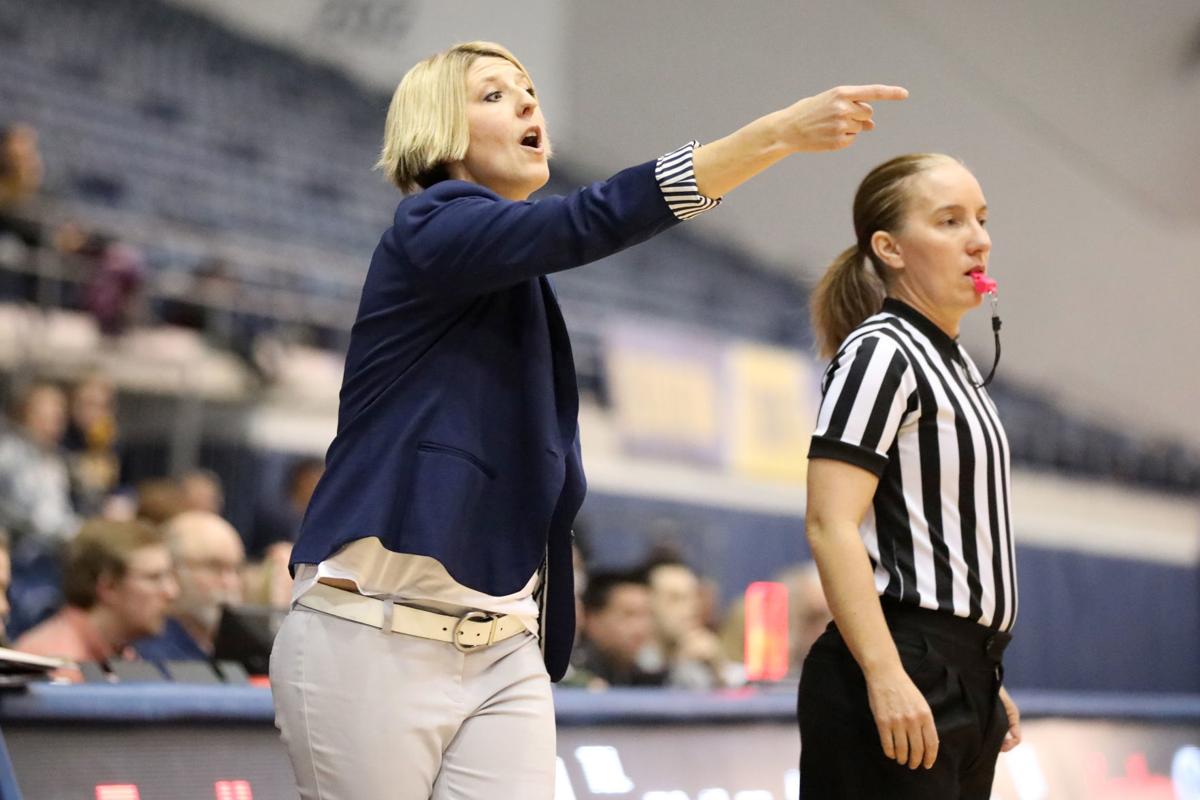 Northern Arizona head coach Loree Payne directs her players from the sideline during a game last season against Idaho at the Walkup Skydome.

The Big Sky Conference's cost-saving plan that will see the men's and women's basketball seasons each cut to 16 games from 20 could potentially save Northern Arizona basketball as the athletics department navigates budget concerns amid the COVID-19 caused closures and delays.

Last week the Big Sky decided to move away from the 20-game, round-robin schedule it has played for the past two years since North Dakota left for the Summit League in 2018, to an amount it hasn't played since 2011-12. Essentially, each team will not have to go on its -- likely -- most expensive road trip, pending the composite schedule that hasn't been finalized.

The change is just for one year, the Big Sky said in its initial press release just over a week ago.

While losing four games in the conference slate isn't the most ideal thing for the Northern Arizona teams, the saving about $60,000 combined between the two programs is welcomed.

For comparison, the University of Montana men's team should save about $20,000, according to Missoulan reporter Jordan Hansen.

The trip to Montana is arguably one of the most expensive for the Northern Arizona teams, as it is for the Montana squads when they come south to Flagstaff.

Cutting those expensive road trips was the primary focus of the changes, but it comes with an added benefit, too.

Both the men's and women's programs are hoping to fill those four vacancies, potentially with guarantee -- or buy -- games to bring in some funds to the program.

"That would be the ideal situation where we (schedule) schools that are a little more cost-effective to try to schedule some games," Payne said. "We are hoping are kids' experience isn't impacted."

Burcar echoed the sentiment, noting he wants to fill those games to fill the competitive void left over from the cut conference games.

"We all love the practice, but at the end of the day we want to compete," Burcar said. "To take four games away from our guys, we don't want to do that."

Burcar added that he hopes not to spend any unneeded money, if any at all, with the extra games added in place of the four cut.

Generally the buy games can bring in roughly $70,000 to nearly $100,000 for some games. Those numbers could change, however, as recently CBS Sports college basketball reporter Jon Rothstein reported that Power 5 schools may be offering nearly 33% less for those buy games, leaving smaller schools with substantially less money coming in.

Big Sky teams will face six schools twice, then the remaining four will be faced once under the 16-game format -- split evenly home and away at eight each. Geographic location, along with other factors, will play into the schedule making.

It is safe to assume that there could be a competitive imbalance among the conference pending the final schedule.

"It's gonna be unequal and that's just the reality of not playing everybody twice," Payne said. " ... We are gonna face it head on and really take advantage of those 16 games."

"Obviously if you look at the schedule and you play school A two times and you play school B one time, you could look at it like that,' Burcar said. "But if we have a game February 15, we are gonna play that game. It doesn't matter where it is you gotta go play and win those games. The best teams don't worry about their schedules and take care of business. ... I do understand the argument, but I tell the guys that I control what I can control. Wherever they tell us to play we will play."

It isn't clear who exactly Northern Arizona will play twice, but based off geographic location, Southern Utah, Weber State and Northern Colorado are the three safest bets to fill some of the spots.

The other three are a toss-up, with it potentially coming down to some expensive road trips.

The Big Sky Conference announced the men's and women's hoops seasons will be dropped from 20 games to 16 in a press release Friday afternoon.

Northern Arizona head coach Loree Payne directs her players from the sideline during a game last season against Idaho at the Walkup Skydome.