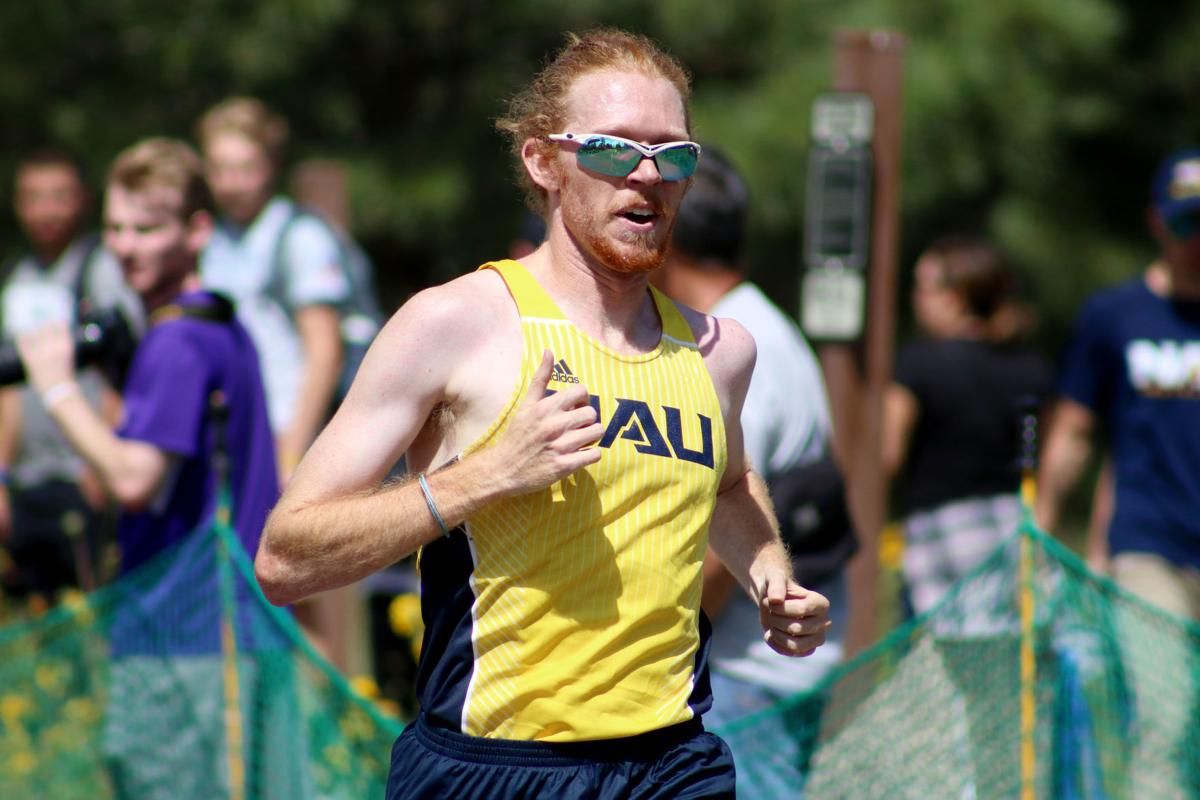 Northern Arizona distance runner Tyler Day has added another prestigious honor to his list of collegiate accolades: Academic All-American of the Year.

On Thursday, the College Sports Information Directors of America (CoSIDA) announced Day as the Men’s Division I Track and Field/Cross Country Academic All-American of the Year, headlining the nation’s top scholar-athletes in the sport.

Day becomes the third Lumberjack student-athlete, joining David McNeill (track and field/cross country) and Kristi Andreassen (soccer), to be selected as the Academic All-American of the Year in their respective sport. Both McNeill and Andreassen, who received their respective honors during the 2009-10 and 2010-11 academic years, were recently inducted in the NAU Athletics Hall of Fame.

Day graduated in May with a 3.76 grade point average, focusing on journalism.

The Academic All-American of the Year honor caps off Day’s senior season, which also included becoming the first NAU men’s athlete to earn Division I National Men’s Track Athlete of the Year honors on the heels of his All-American indoor season. The Gilbert native received All-American distinction in both the 3,000- and 5,000-meter runs following the cancellation of the NCAA Indoor Track and Field Championships.

In January Day broke the American collegiate record in the 5000m at the Boston University John Thomas Terrier Classic, clocking a time of 13:16.95 to break Galen Rupp’s previous mark.

Along with running the anchor leg of NAU’s Big Sky championship meet record distance medley relay team, Day’s achievements earned him spot on the Watch List for The Bowerman, presented annually by the USTFCCCA to the most outstanding male and female track and field athletes in the country.

Beamish also graduated at the end of the spring semester, compiling a 3.65 cumulative GPA in civil engineering. He garnered two All-American honors during the indoor season in the mile and 3000m. The Havelock North, New Zealand, native ranked second nationally in the 3000m (7:44.67) and fourth in the mile (3:56.90). Beamish posted his personal-best mile time in the historic Wanamaker Mile at the 113th NYRR Millrose Games.

In the fall, Beamish collected his third All-American cross country finish, placing 37th at the NCAA Championships while helping the Lumberjacks earn a second-place team finish.

Also on the academic side, the entire Lumberjacks athletics department totaled 46 Big Sky Spring All-Academic awards in an announcement by the league office Thursday morning.

Taylor is entering his second season as the program's receivers coach after arriving from Wagner College last offseason. In his first year, three Lumberjacks broke the 800-yard mark as the team finished atop the FCS in passing offense. Brandon Porter's 85 receptions broke the program's single-season mark and his 1,198 yards in 2019 ranks second on the team's single-season receiving yards list. Additionally, Stacy Chukwumezie's 963 yards finished just outside the program's top 10 list, and Hendrix Johnson added 828 yards in his freshman season.

Prior to coaching at Wagner, Taylor spent time on the coaching staff of his alma mater, Mesa High School. During his collegiate playing career at UCLA, from 2002 to 2006, Taylor played 45 games across five seasons and finished his career with 1,372 total receiving yards and 10 touchdowns.

Established in 1987, the NFL's Diversity Coaching Fellowship program provides coaching experience to a diverse group each year. Walsh introduced the idea to the NFL in 1987 when he brought a group of minority coaches into his San Francisco 49ers training camp.

The program has now tutored nearly 2,000 minority coaches through the years and has grown to the point that every NFL team participates during offseason workout programs, minicamps and training camp. Current NFL head coaches Mike Tomlin and Anthony Lynn, as well as former head coaches Marvin Lewis and Hue Jackson, participated in the program.

If you’re just starting out as a high country runner this summer, I want to pass along three pieces of advice that helped me when I was new to…

More than most, Ewa and Maciej Bogusz understand the challenges many members of their rosters face in continuing their tennis careers.