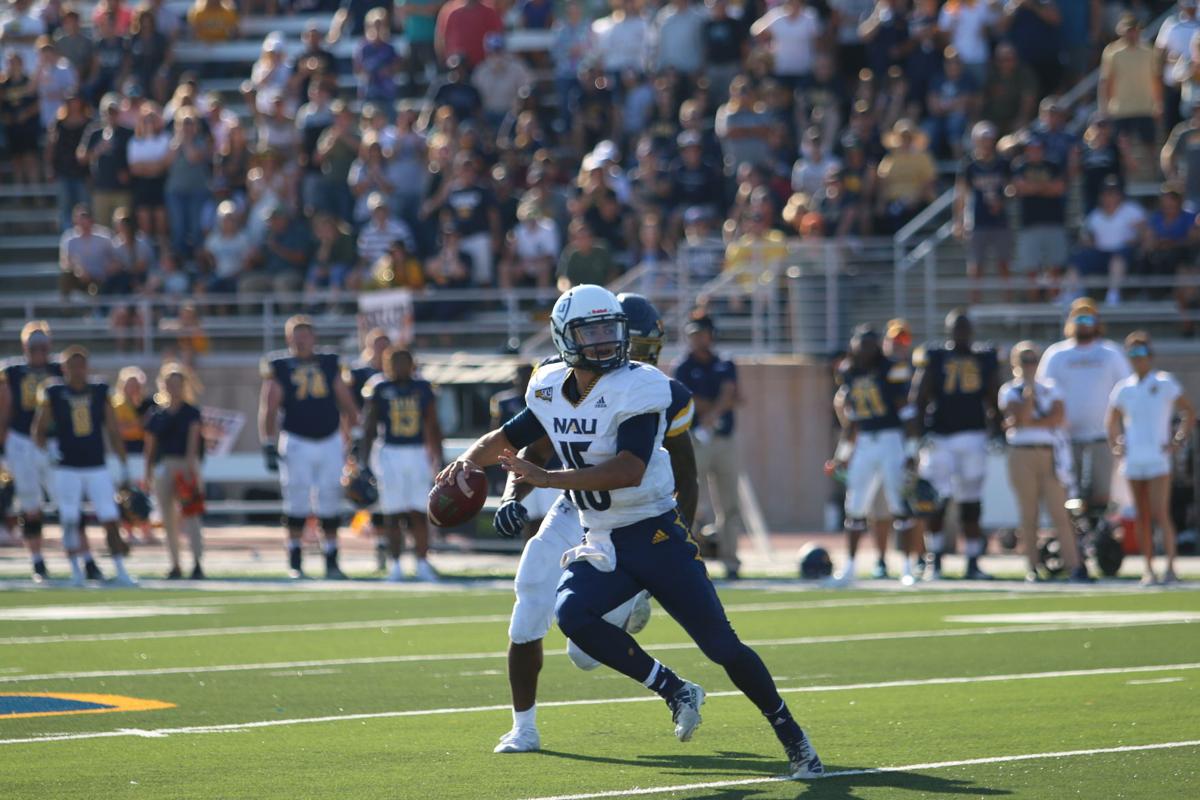 Northern Arizona quarterback quarterback RJ Martinez has been named the Big Sky Conference Freshman of the Year for his performance this season. 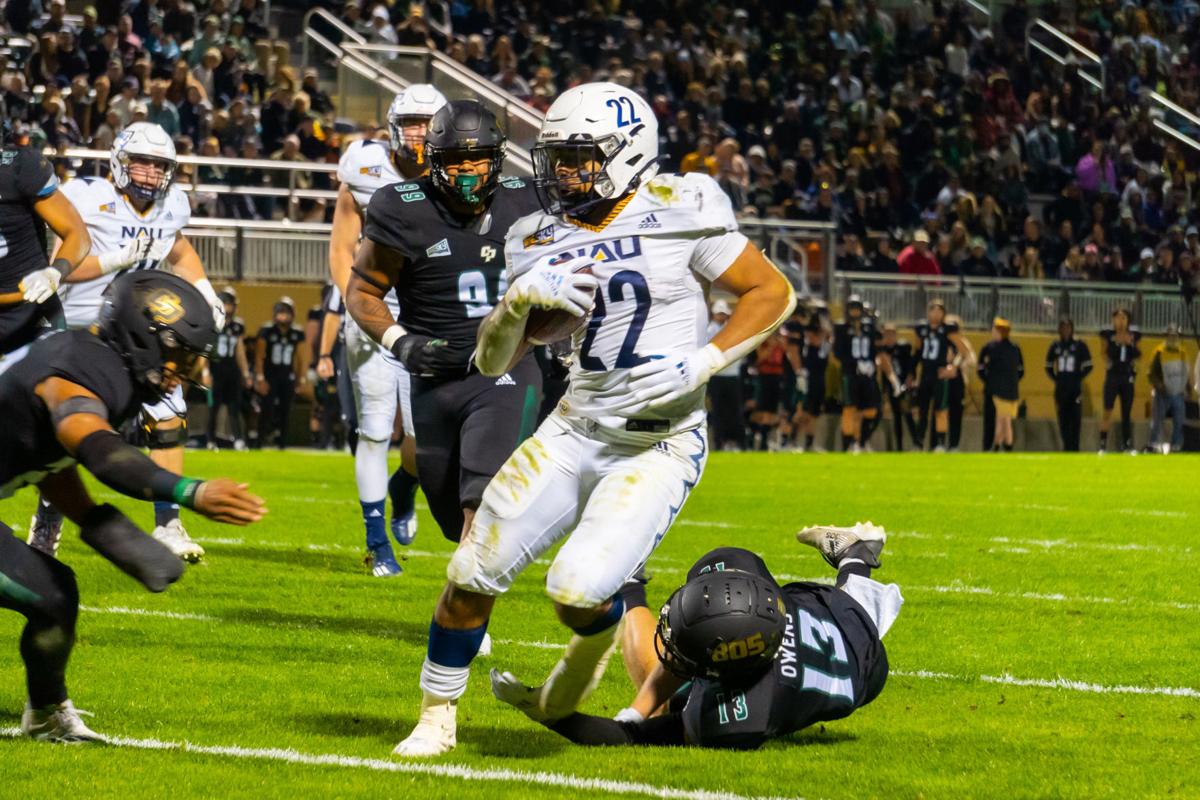 A total of 10 Northern Arizona Lumberjacks earned football postseason accolades from the Big Sky Conference on Tuesday, with two players named to the second team, one to the third team and six earning honorable mention in addition quarterback RJ Martinez's honor as the program's first freshman of the year since 2015.

Throwing for 1,714 yards while completing 136 of 220 passes, Martinez earned the recognition to become the first quarterback since Montana State's Chris Murray in 2016 to win the award. Martinez, who threw for 14 touchdowns and rushed for another five while throwing just two interceptions, becomes Northern Arizona's first player to win the award since Case Cookus in 2015.

Fellow freshman Kevin Daniels landed on the All-Big Sky Second Team following his impressive 10-game surge during the fall. After playing in all five spring games and tallying 39 yards on 16 total touches, Daniels exploded for 1,146 rushing yards, with another 141 through the air.

Safety Morgan Vest joined Daniels on the second team, his second career postseason honor from the conference. Finishing with 105 tackles, the fifth most in a single season since 1995, Vest landed 18th in the FCS and fourth in the Big Sky in tackles per game.

Finishing with five interceptions, tied for sixth in the FCS, Vest also tied for the sixth most in a single season at Northern Arizona.

A crucial part of both Martinez and Daniels succeeding early on in their careers, right tackle Jonas Leader earned a spot on the third team for the fall season after being placed on the second team in the spring. Wrapping up his fourth season on the field for the Lumberjacks, Leader extended his run of consecutive starts to 27 straight games this fall.

Leader will enter next fall as one of two seniors on Northern Arizona's line alongside PJ Poutasi.

Two of Martinez's primary targets in the passing game earned honorable mentions, as both Coleman Owen and Hendrix Johnson earned the first postseason honors of their respective careers.

Owen finished with a team-high 43 receptions, 713 yards and six touchdowns, and Johnson added 28 catches for 509 yards and five scores.

Owen's yardage total finished seventh in the Big Sky while his touchdown total landed third. Still a freshman, Owen is nearly at 1,000 career yards through 20 career games. Just 32 Lumberjacks have broken the 1,000-yard mark with Owen needing 53 yards next fall to become No. 33.

Johnson broke the 100-catch mark during the fall and finished the fall 27 receptions away from breaking into Northern Arizona's top 10. Now at 1,610 career receiving yards, Johnson ranks 20th all-time and is 356 yards away from the top 10.

Both of Northern Arizona's senior linebackers Harrison Beemiller and Tristen Vance also were honorable mentions from the Big Sky for the final seasons with the Lumberjacks. Beemiller finished with 79 tackles, including 7.5 tackles for loss, while Vance had 86 tackles with 5.5 going for a loss in all 11 games.

Beemiller broke up three passes while forcing two fumbles during the season and Vance added two pass breakups and one forced fumble. Both players earned All-Big Sky honors in the spring as well, with this fall making it two apiece for the senior linebackers.

Lastly, DJ Arnson earned his fourth career All-Conference accolade as he finished with honorable mentions. Setting a program record for games played at 49 with Vance and Luis Aguilar, Arnson finished his career with a new program record of 11,041 punting yards.

Arnson finished the season averaging 43.6 per punt, ranking sixth in the Big Sky and 14th in the FCS. The senior dropped 21 of his 72 punts inside the opponents' 20-yard line with just five going for touchbacks.

We all have our favorite day of the week. For the past 11 years? Mine’s been Tuesday. In a world where nothing seems reliable, steady or stabl…

Northern Arizona quarterback quarterback RJ Martinez has been named the Big Sky Conference Freshman of the Year for his performance this season.