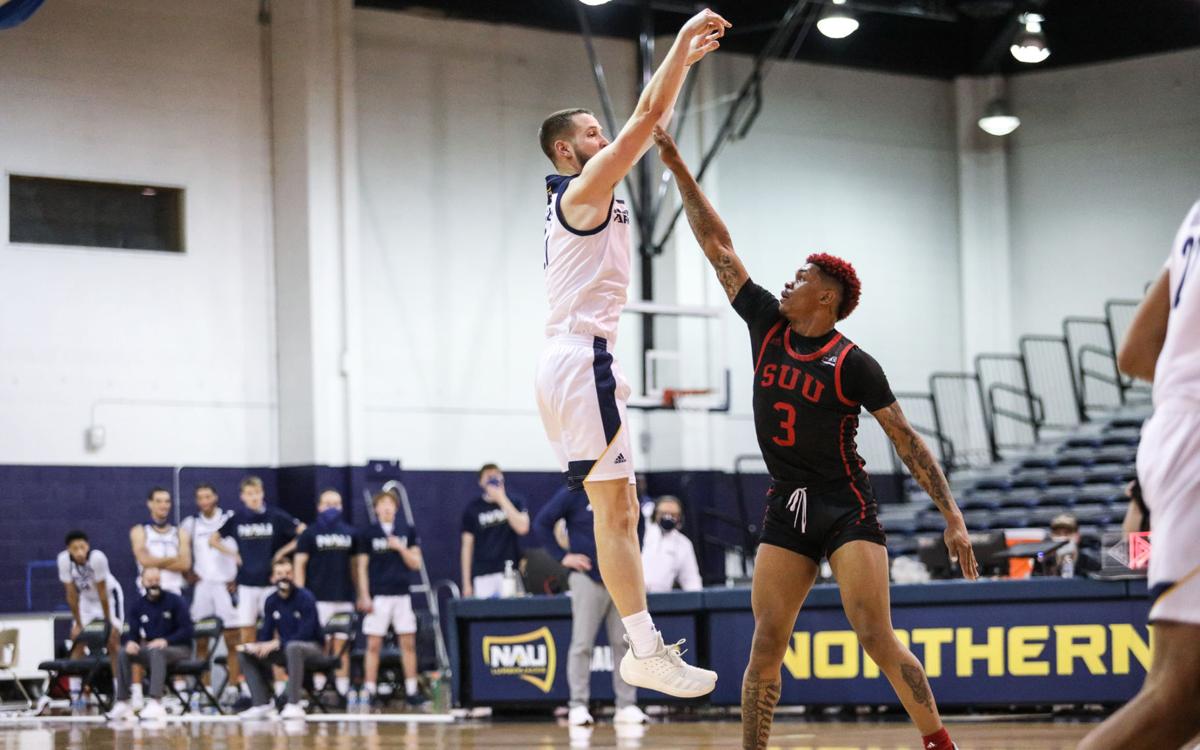 Avdalovic, a graduate transfer after earning his undergraduate degree from Northern Arizona, first announced his intentions to transfer on March 17 and told the Daily Sun that he wanted to make the move that was best for him and his career.

Avdalovic takes a similar path as former teammate Cameron Shelton, who announced on Wednesday that he is transferring to WCC school Loyola Marymount. Both left for the WCC, and both left for schools just outside their hometowns in California.

About a week after Cameron Shelton announced he was transfering from the Northern Arizona men's basketball team, the former Lumberjack has fou…

Avdalovic, a native of Folsom, California, joins a Pacific team in Stockton, California, that went 9-9 and finished 5-7 in the WCC. The Tigers are coached by former University of Arizona star Damon Stoudamire, who was a player at Arizona from 1991 to '95 not long before former Northern Arizona men's basketball head coach Jack Murphy started his first stint in Tucson.

Avdalovic was a 44.7% career 3-point shooter at Northern Arizona, hitting a career-best mark in 2018-19 when he shot a blistering 49% from deep in a breakout season.

The sharpshooter steadily added to his game while in Flagstaff, becoming more than just an outside-shooting specialist. Avdalovic showed flashes the past season or so of an expanded game and a new ability and confidence to find his own looks off the bounce instead of relying on the 3-ball for his offense.

That, plus a better defensive showing, made the sharpshooter an integral part of the Lumberjacks offense the past three seasons.

Avdalovic joins a team that ranked just eighth in the WCC in 3-point field goal percentage, a stat that will likely rise with Avdalovic in the rotation. As a team the Tigers hit just 52 3s, while Avdalovic made 39 on his own this past season -- and 79 in his best season of his college career in 2018-19.

NAU will be traveling to Phoenix on Saturday to compete at the Antelope Invitational, hosted by Grand Canyon University.

As the weather heats up, the season continues to as well, with conference championships just a few weeks away, the Lumberjacks are pursuing the outdoor season with increased intensity.

The throws crew will compete in the men’s and women’s discus, shot put and men’s javelin.

But top throwers junior Matilde Roe and senior Parker Joens return to the women’s and men’s shot put for the Jacks. Roe placed third at the Willie Williams Classic two weeks ago and has placed in the top three of this event at each meet this season. Joens earned first place at Willie Williams and has been the Lumberjack men’s shot put leader this year.

Freshman Mitchell Effing is set to compete in the triple jump after placing second in Tucson last month. Effing has finished in the top two places of the men’s triple jump all season.

The men’s and women’s distance unit will run in the 800m, the 1500m, and the 5K. Additionally, the women will participate in the 3000m steeplechase.

In Tucson last month the NAU men and women secured podium finishes in the 1500m, with senior Jeralyn Poe placing first for the women and sophomore Theo Quax finishing third overall for the men.

This weekend, senior Mikayla Malaspina and Jenna McCaffrey will compete in the women’s 3000m steeplechase for the first time since Big Sky Championships in 2019. Saturday will be McCaffrey’s outdoor season debut.

Seniors Hannah Behunin and Aldo Marquez are also making her season debut; Behunin is set to enter the women’s 800, 1500, and 4x400m relay. While Marquez will run in the men’s 1500m and 5K.