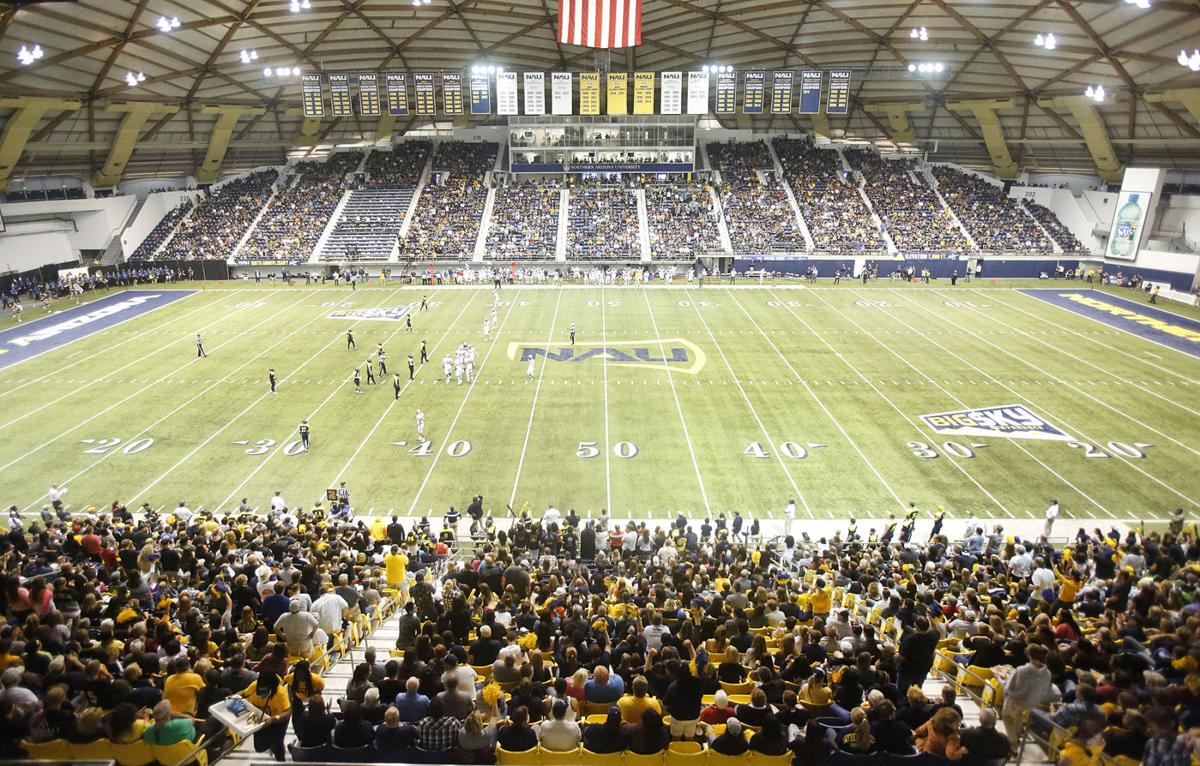 Northern Arizona Athletics has "less than 3%" active COVID-19 cases among its athletes, a university spokesperson said in an email Friday.

The school, however, did not give specific numbers like the way the University of Arizona or Idaho State have done, citing privacy concerns for its athletes.

Schools such as Arizona State and a few other Big Sky Conference schools such as NAU are also choosing not to disclose specific numbers of cases for now.

"We remain committed to protecting the privacy of our student-athletes much like Arizona State, Oregon, Utah, Stanford, UCLA and Washington State of the Pac-12, and Montana, Montana State, Weber State and Southern Utah of the Big Sky," Northern Arizona spokesperson Kimberly Ott wrote in a Friday email.

Northern Arizona Athletics began bringing some athletes back to campus for voluntary workouts June 15, and has since brought in many of its athletes as the NCAA has allowed.

Football has been on campus for most of the past month as it is set to start fall camp next week, while men's and women's basketball was recently cleared by the NCAA to begin face-to-face workouts, but only the women's squad has assembled.

It is unclear what other teams are on campus, but some individual players from any sport could be doing their own workouts.

The Coconino County COVID-19 dashboard, as of Friday, listed 13 total cases on Northern Arizona's campus zip code (86011). That number, Ott said, is collected and recorded based off any student, faculty or staff member that gives an NAU-related address when they take their test.

"That number can be attributed to any student, faculty or staff member that provides an NAU address upon being tested and receiving a positive result," Ott wrote. "We have had more than 1,700 students on campus throughout the summer and many of our student-athletes live off campus."

The University of Arizona paused its athletics re-entry plan this week, citing the rising cases in Pima County out of "an abundance of caution," according to a school press release.

Athletes at Northern Arizona are required to self-isolate upon getting to campus and before starting workouts, and are required to take a test if they are exhibiting symptoms.