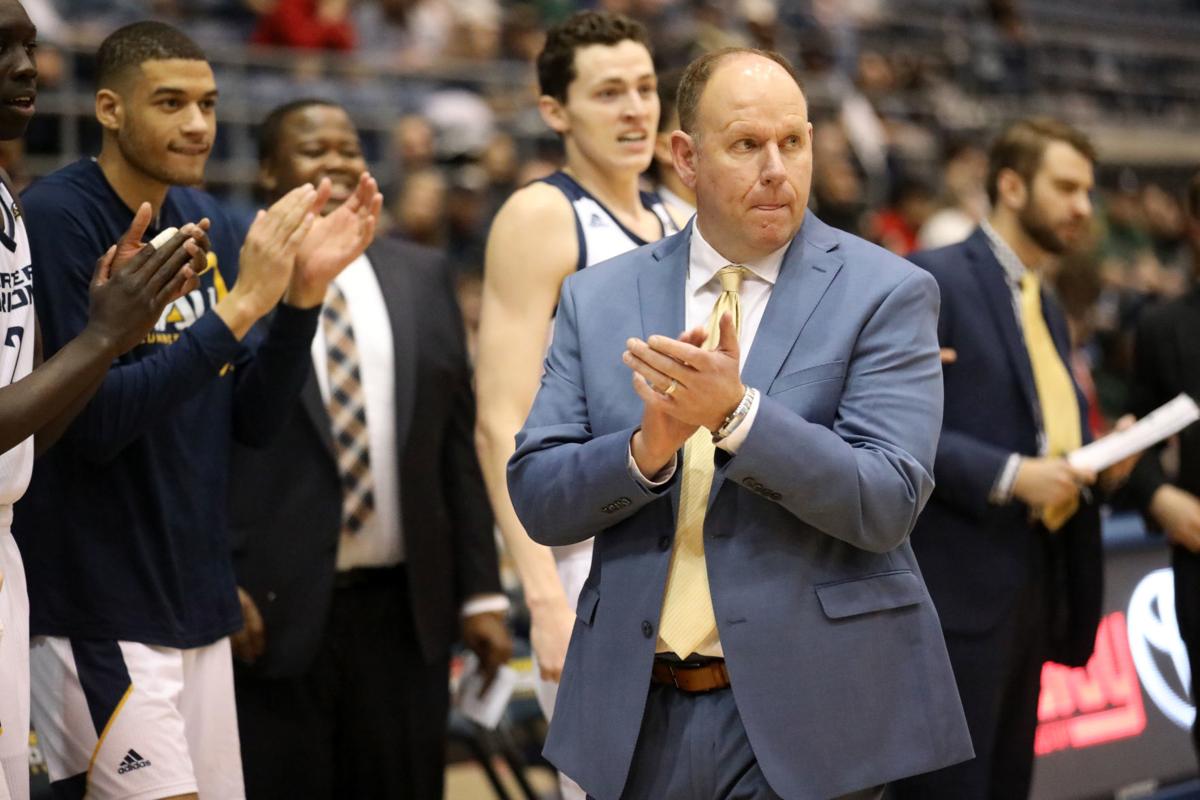 Northern Arizona Lumberjacks head coach Shane Burcar looks on from the sideline during a game against Portland State this season at the Walkup Skydome.

Although no programs are in need of finding new head coaches, Northern Arizona has a few vacancies and new faces on coaching staffs across the board.

From assistant coaches to graduate assistants, there have been some slight changes to men's basketball, football and soccer. Here's rundown of the recent changes among Northern Arizona coaching staffs:

Shane Burcar being named the long-term head coach was the biggest news for the team so far this offseason, even with a pair of high-profile transfers. The team is also now looking for new assistant and graduate assistant coaches.

The team parted ways with assistant coach Justin McLean, who spent the past year on Burcar's staff.

"We just went a different direction," Burcar said. "We both agreed it would probably be best to pursue other opportunities."

McLean worked primarily with guards in the 2019-20 season after he came on following a six-year stint at Arizona State as a graduate assistant and later a video coordinator.

Lumberjacks graduate assistant Isaac Thornton has also left the program, deciding to change paths as Burcar stated he has gone back home to Texas to pursue other options.

As for filling the two empty spots, Burcar said the team is in no rush to find replacements -- considering he filled his staff last summer late into the offseason.

The Lumberjacks currently have just Gaellan Bewernick and Tyler Ojanen as full-time assistants.

The football program saw a bit of shuffling around in its coaching staff, with mostly grad assistants coming on after head coach Chris Ball's first season.

The football staff does not currently list any outside linebackers coach on the online roster.

The Lumberjacks also added Austin Jones and Cody Hodgens as graduate assistants in early March. Jones is set to work with tight ends and Hodgens will work with quarterbacks and wide receivers.

Head coach Kylie Louw also added an assistant to her coaching staff following her first year at the helm.

Despite not earning any votes in the HERO Sports FCS top 25 poll, the Northern Arizona football team saw a trio of Lumberjacks land spots on t…

Northern Arizona Lumberjacks head coach Shane Burcar looks on from the sideline during a game against Portland State this season at the Walkup Skydome.