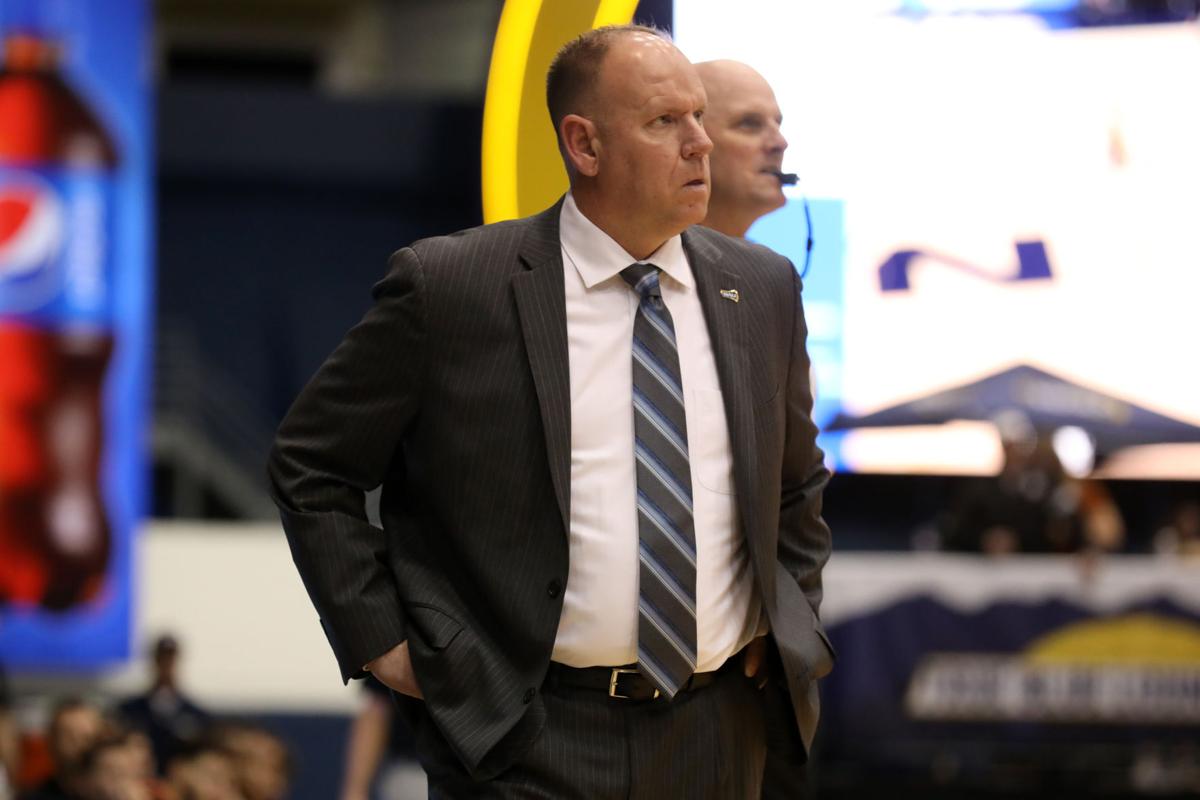 Northern Arizona head coach Shane Burcar looks on from the sideline during a game against Idaho State last season in the Walkup Skydome.

Wednesday's Northern Arizona men's basketball season opener against Arizona has been postponed, due to a positive COVID-19 test within the Lumberjacks' program.

Northern Arizona and Arizona each confirmed the news in separate press releases around 1:30 p.m. Monday afternoon -- each with slightly different information.

The release sent out from Northern Arizona Athletics stated Wednesday's season opener would not happen due to "an isolated COVID-19 incident within the Lumberjack men’s basketball program."

The release sent out by the Arizona Athletic Department specifically stated the game was postponed due to "a positive COVID-19 case within the NAU men's basketball program as well as ensuing contact tracing and mitigation protocols."

Northern Arizona's next game is scheduled for Thursday, Dec. 3 against Eastern Washington, both teams' Big Sky Conference opener. It is not known at this time whether that game is still on track to happen as scheduled.

Wednesday's game against Arizona is expected to be made up at some point, but an exact date is unclear.

Due to scheduling concerns during the pandemic, the NCAA dropped the minimum required games for NCAA Tournament qualification to 13 -- and gave teams a max of 27 to try and play.

Dozens of college basketball programs around the country are either on hold or have already had to cancel and postpone games due to various issues with COVID-19.

NAZ Elite has a lot to celebrate at the start of the new year.

Idaho State and Northern Arizona men’s basketball have gotten into a habit of close calls dating back the last four games. Thursday night at t…

Northern Arizona head coach Shane Burcar looks on from the sideline during a game against Idaho State last season in the Walkup Skydome.