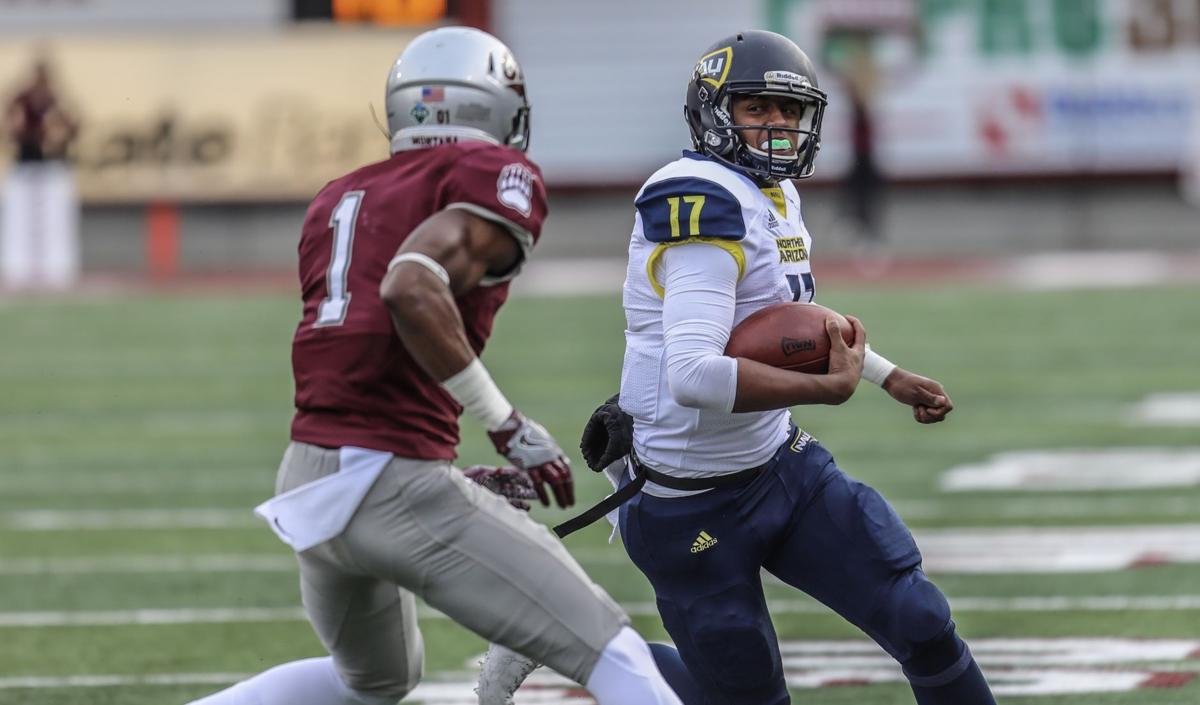 In this November 2017 file photo, then-Northern Arizona quarterback Stone Smartt runs the ball at a Montana defender during the first half of a game in Missoula, Montana. 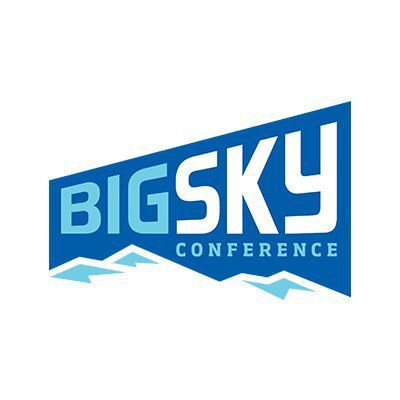 Montana, Montana State and Portland State all announced Friday morning in a joint statement that they are backing out of the Big Sky Conference-only football schedule and removing themselves from FCS playoffs contention.

The three join Sacramento State as the four Big Sky schools to opt out of spring football. For now, Northern Arizona and the other eight remaining Big Sky schools are set to continue with the spring slate, which starts in late February and early March.

Montana and Portland State were scheduled to be the first two opponents for Northern Arizona, which now, along with the rest of the Big Sky, will have to revamp its docket. The conference said the new schedules will be finalized and released at a later date.

Both games were supposed to be at home, and the Montana game would have been the first time Northern Arizona has played Montana since 2017 when then-Northern Arizona starting quarterback Case Cookus was ejected for targeting.

The other four teams Northern Arizona is scheduled to play are Weber State, Cal Poly, Southern Utah and Northern Colorado.

It is unclear how the Big Sky will reshape the schedule. It said in a Friday press release it will still hold to the six-game conference-only slate, just with nine teams.

Montana, Montana State and Portland State might "potentially" work to play up to two nonconference games, but it is unclear if the schools will go that route.

“The health and safety of our student-athletes is paramount,” Leon Costello, Montana State athletic director, said in a press release. “The timeline for our football student-athletes to be physically prepared for the current conference schedule can’t be guaranteed given our climate and related circumstances. By altering our spring season, we will be able to focus on their physical training during the appropriate conditions and proper recovery for the fall season.”

Some have speculated the Montana schools opted out partly due to the lack of indoor football facilities, leaving the teams unable to avoid the frigid and windy Montana winters.

Bozeman Daily Chronicle sports reporter Paul Schwedelson confirmed in an interview with Montana State head coach Jeff Choate that the lack of an indoor facility for the Bozeman-based Bobcats was a factor.

For now, the Montana-Montana State rivalry game may not be played, per reports out of Montana. Kent Haslam, Montana athletics director, said to media Friday that he “doesn’t anticipate” Montana playing any Big Sky teams, including Montana State.

Portland State, meanwhile, made the call due to the lack of time to prep fully for a spring season. The school announced it is open to playing games in April -- which would likely be scrimmage style rather than full-on games.

"We have been out of competition and practice for nearly a year and to get our team ready by a scheduled Feb. 27 game doesn't make sense," Viking head coach Bruce Barnum said in a press release. "Playing potential games in April and preparing for the 2021 season makes more sense for the safety of our team."

Somewhat buried in the Big Sky's announcement about football in the spring, the indoor track and field conference title meet will not happen in February in Pocatello, Idaho, as previously scheduled.

The Big Sky stated in the release that the meet was nixed due to "local health restrictions and capacity concerns," but provided no further information regarding a different venue being used.

The conference later confirmed in an email that the meet is outright canceled.

"The 2021 Big Sky Indoor Track and Field Championship has been canceled," a conference spokesperson wrote.

The Big Sky isn't the only group to shut down an indoor track title meet. USATF announced a week ago that it canceled the 2020 USA Track and Field Indoor Championships, which was originally scheduled for Feb. 20-21 in Albuquerque, New Mexico.

Imagine running from Black Canyon City to Crown King and then through Prescott, Jerome and Sedona and on to Flagstaff, some 250 miles of (most…

The No. 20 Coconino Panthers softball team drew a tough matchup against the No. 5 Prescott Badgers Saturday but managed to make the game a bac…

After recording just one play of more than 10 yards in the first half, the Northern Arizona Lumberjacks came out firing after halftime as they…

The 2A Northland Prep Spartans baseball team has been a bit up and down this season.

In this November 2017 file photo, then-Northern Arizona quarterback Stone Smartt runs the ball at a Montana defender during the first half of a game in Missoula, Montana.