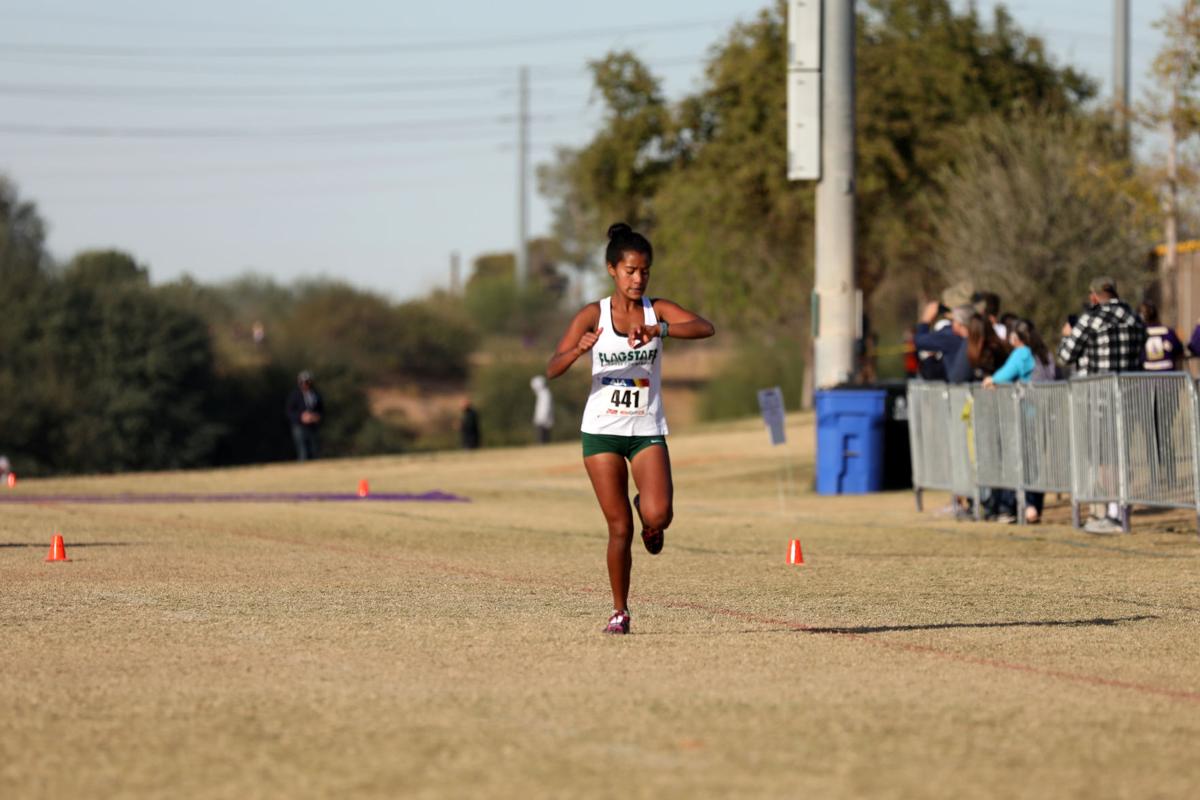 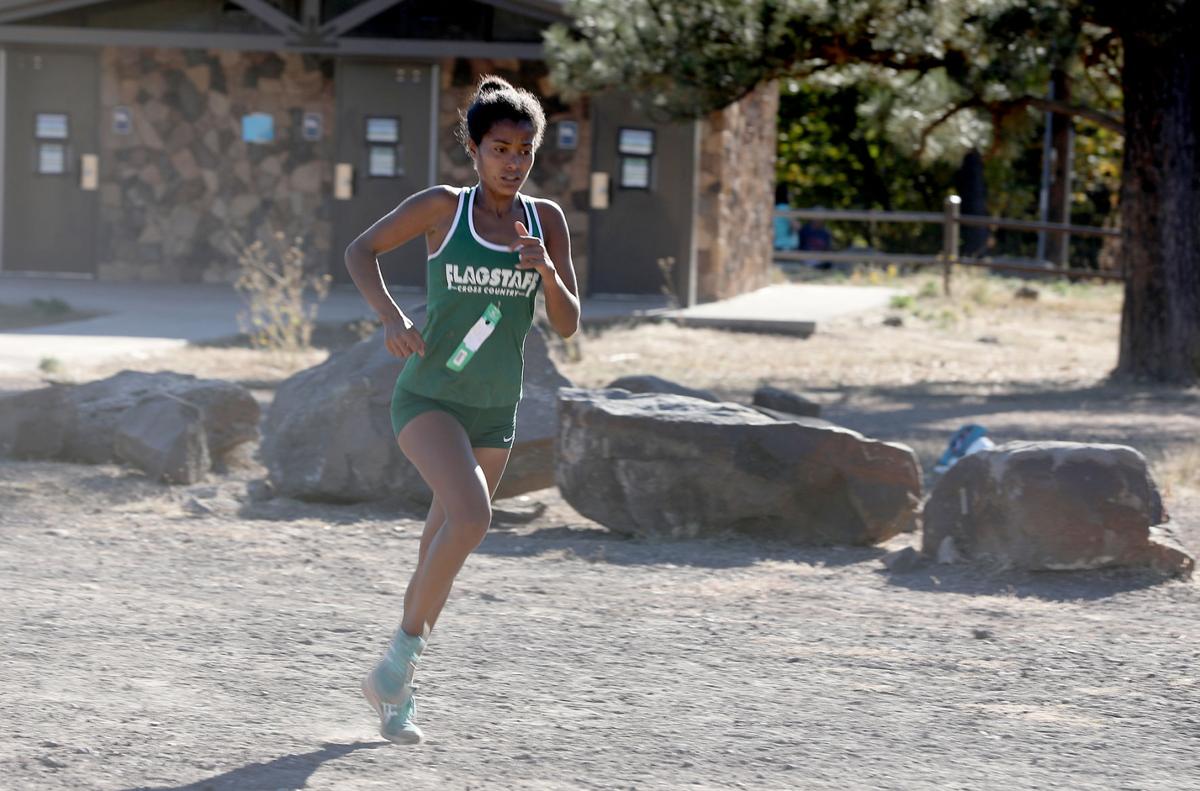 Flagstaff's Mia Hall takes off from the starting line in mid-October at Buffalo Park. 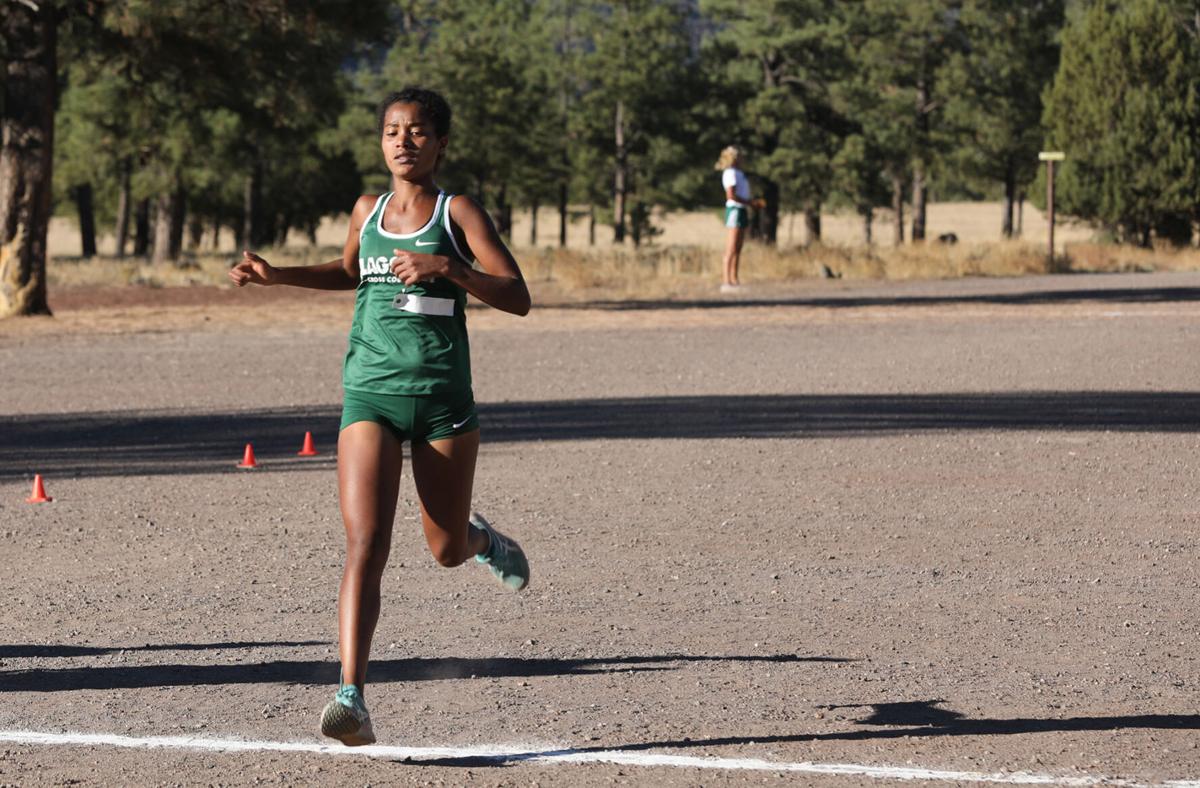 Although just a sophomore who hasn't been running competitively for very long, Mia Hall already stands out among some of the best runners in the state.

The young Flagstaff Eagles athlete took her first individual state title of her high school career when she blazed past the field at the Division II Arizona state championship meet at Crossroads Park in November. Hall ran her second-best 5,000-meters time, taking the top spot on the podium with a time of 17:54.6 -- just a second off her personal best time of 17:53.5 she ran at the Desert Twilight Invite in October when she placed fifth among some of the best runners in and around Arizona.

To make her performance at the state title meet even better, Hall anchored another Flagstaff title. The Eagles took their sixth straight team title -- which is also the longest streak of titles for Flagstaff and the program's ninth D-II title since 2011.

Hall led what is arguably one of Flagstaff's deepest teams as the Eagles posted their second lowest team score during the run of titles. Flagstaff finished with 41 points at the 2020 state meet, second-lowest in the run of titles and only beaten by a low score of 34 the Eagles hit in 2013.

For her breakout season as a sophomore, and leading the Eagles again to the top of the D-II ranks, Hall is the 2020 Arizona Daily Sun girls cross country athlete of the year.

It isn't all that surprising that Flagstaff cross country head coach Trina Painter called her star sophomore a "training machine and a racing phenom," following her gold performance at states.

"Mia continues to make huge leaps in her training," Painter said in a recent interview. "It has been impressive to watch her improve so much. She had a successful season; it was not ideal with COVID-19 modifications, but we were all just grateful to have any kind of season this year. I know she will continue to reap racing awards from her strong training this summer and fall."

Safe to say the dominance from the Hall family, which is known for some talented runners between pro runners Ryan and Sara Hall and their daughters Hana and Mia, is continuing at the Flagstaff girls cross country program.

This past season was also a slight change for Mia, who got one season to run with her sister Hana in 2019. Instead of being part of the sister act at Flagstaff -- Hana placed first and Mia third at the 2019 state title meet -- Mia got her chance to lead the Eagles' flock at races.

"It was sort of weird running by myself," Hall said. "When Hana was around, I was always trying to keep up with her. ... It was different because when I'm out there by myself, I have to pace myself to find the right pace and keep a pace going. That was something that I was ready for. I had to kind of learn that the long way with each race I did."

Mia's time at the D-II title race would have placed her third among the D-I runners -- a junior and a sophomore from Desert Vista taking second and first. Mia's first-place mark at the D-II level was ahead of two freshmen in second and third along with a sophomore in fourth.

"There is a lot of young talent in our state right now, so that is both exciting and helpful to push her," Painter said, noting that Mia isn't the only youthful star leading their team in Arizona. "What she already accomplished is amazing and I am so proud of her."

Flagstaff's Mia Hall takes off from the starting line in mid-October at Buffalo Park.