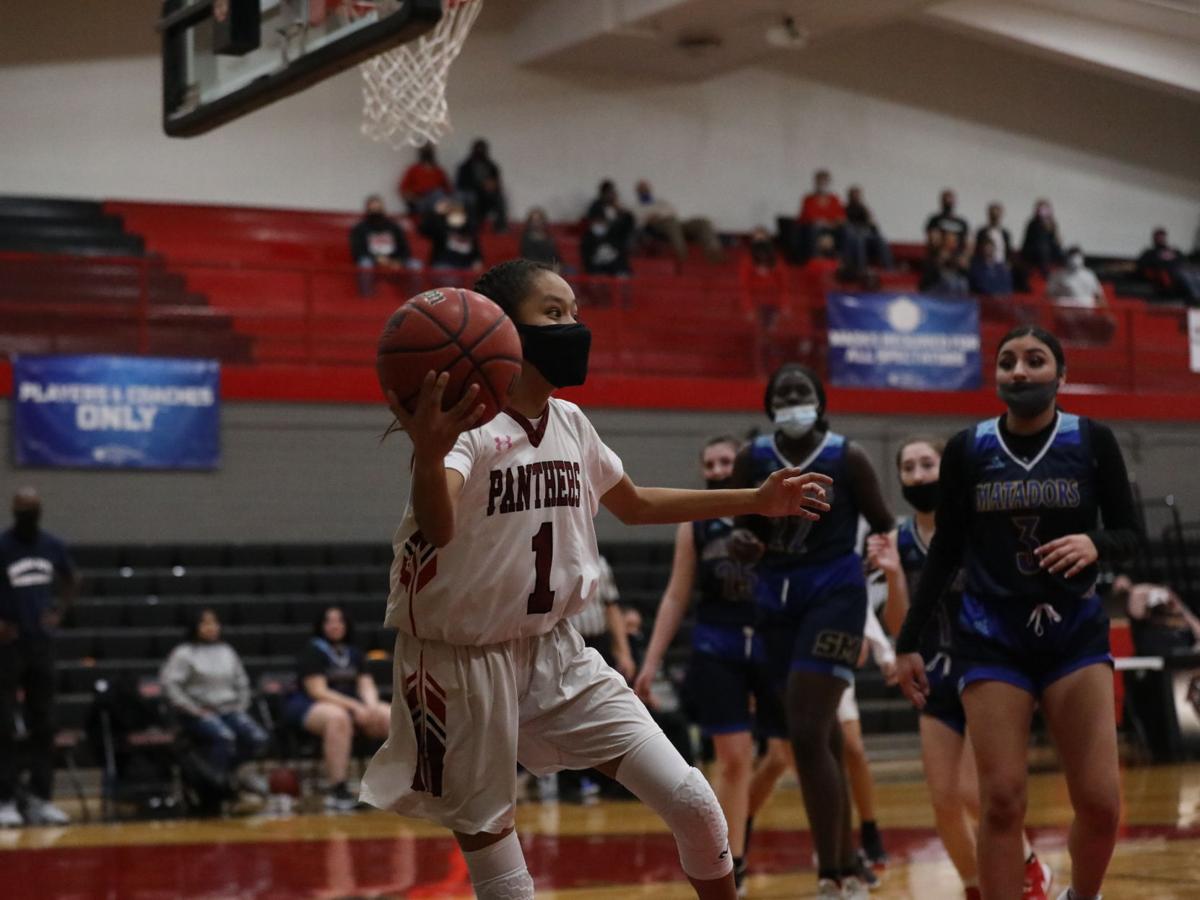 A Coconino player saves a loose ball from falling out of bounds Tuesday night at Coconino High School during a game against Shadow Mountain. 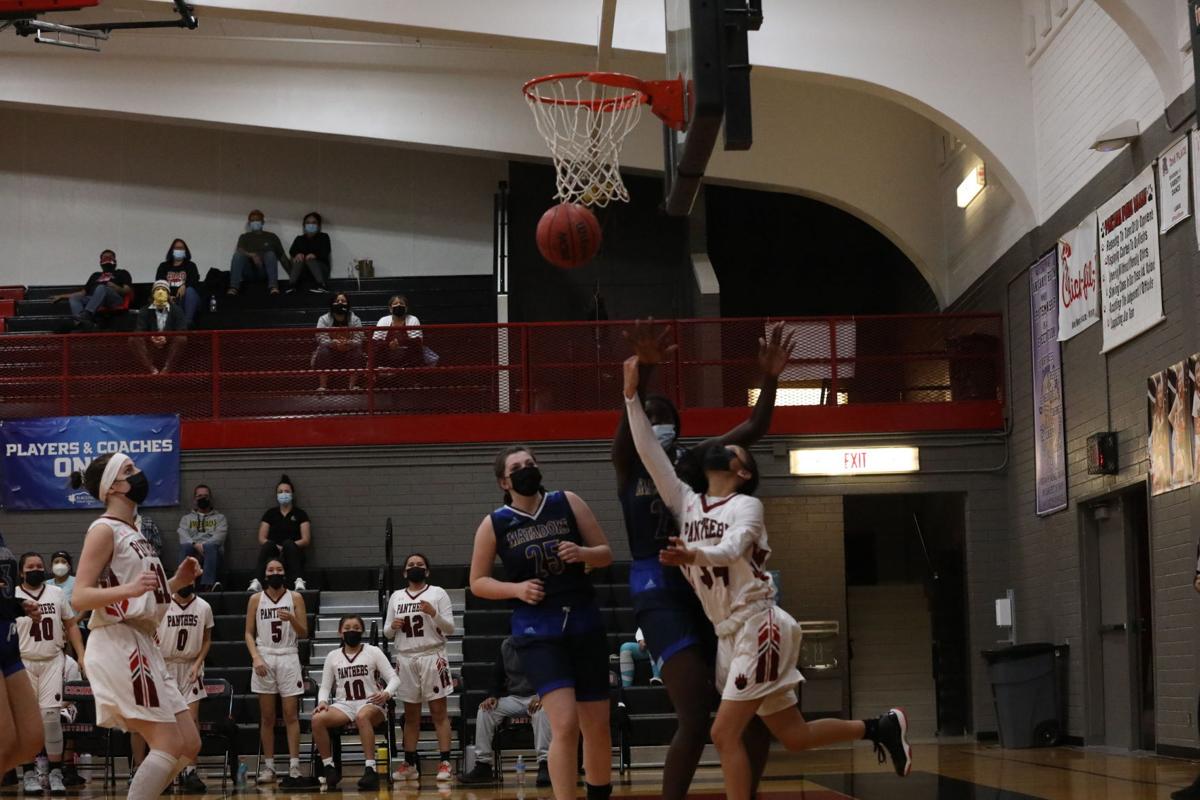 Coconino guard Kaelin Lee (34) gets fouled by a Shadow Mountain player during a game Tuesday night at Coconino High School. 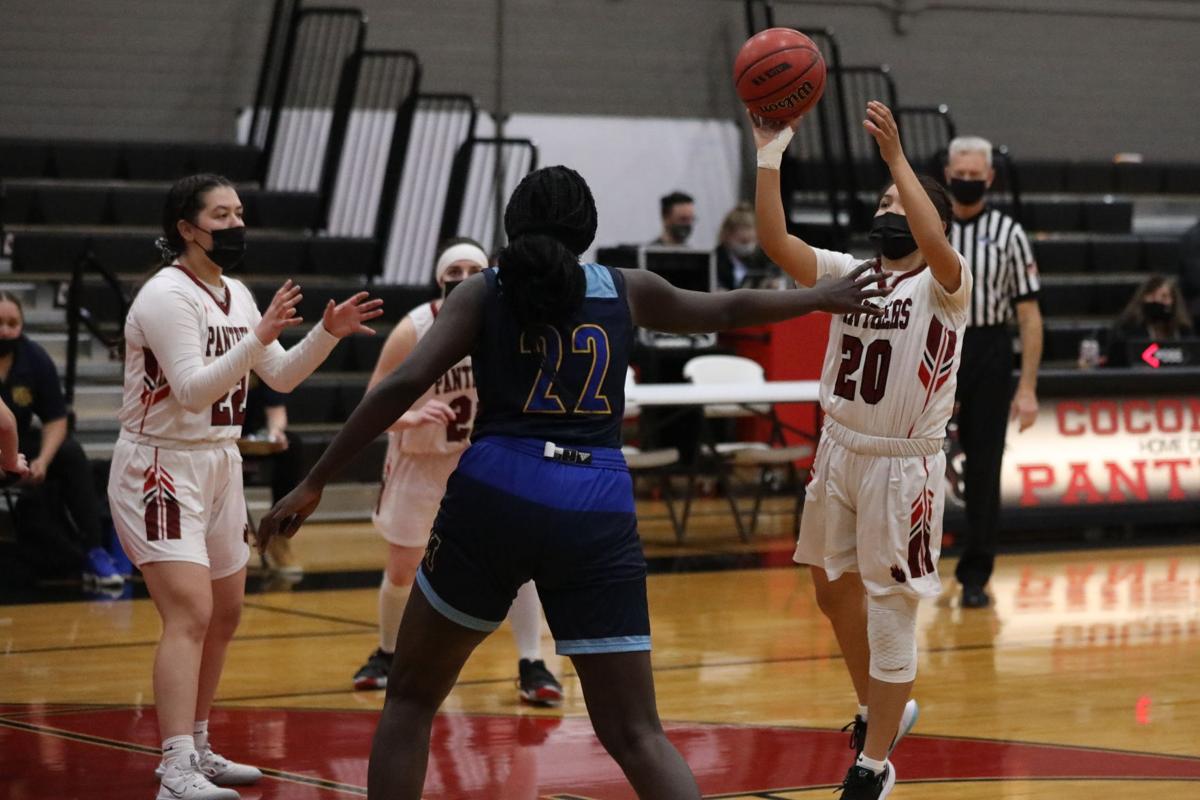 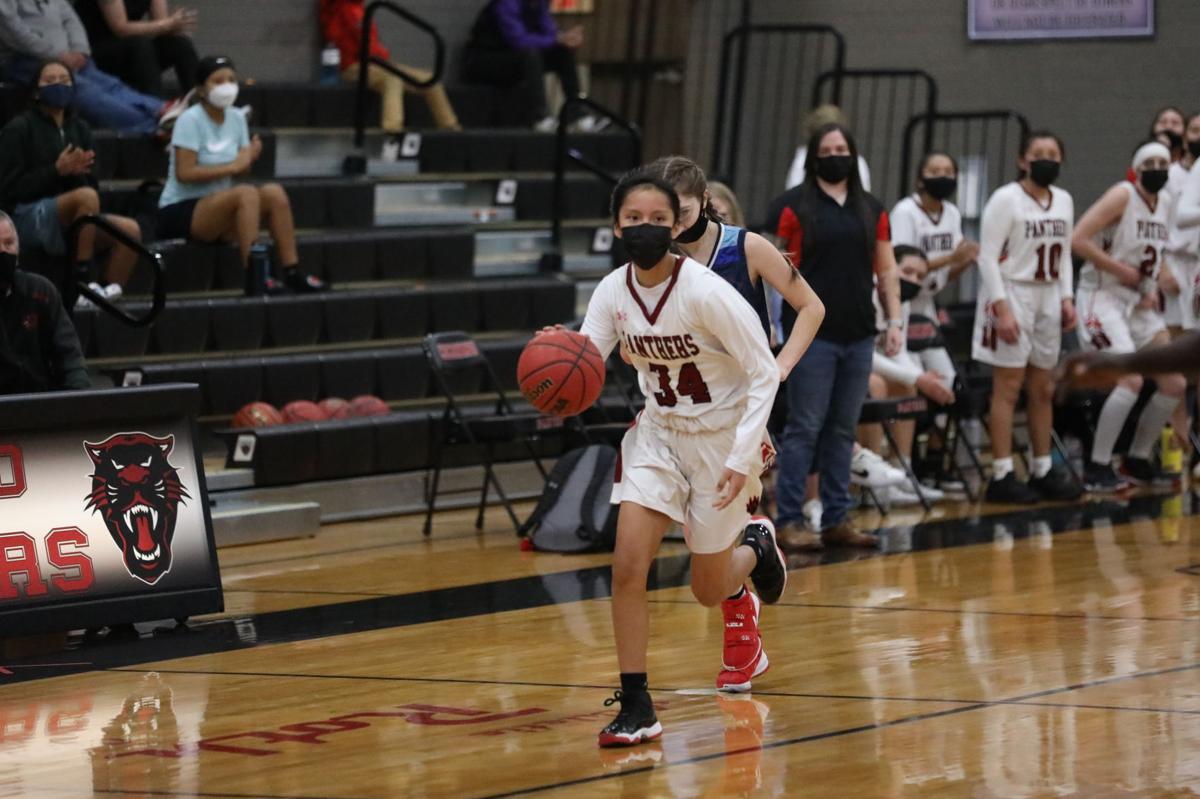 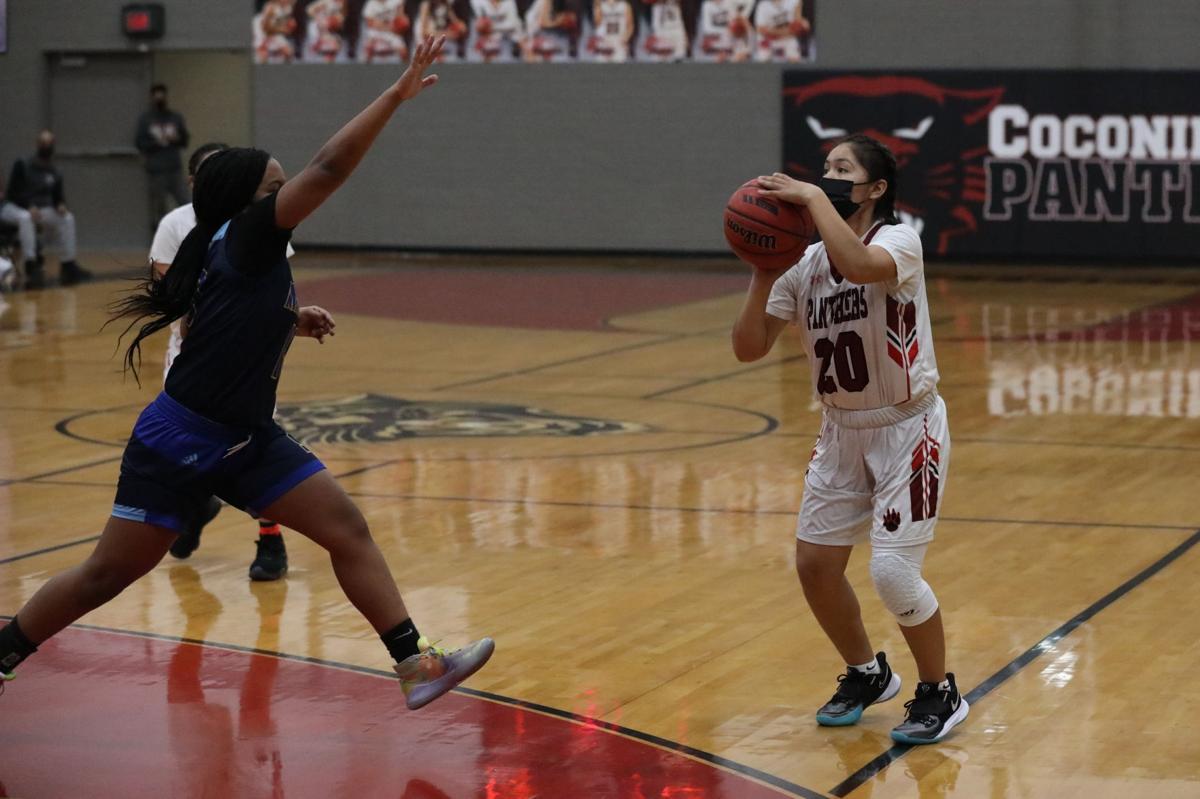 The eighth-ranked Panthers dominated from nearly start to finish against No. 29 Shadow Mountain in a 76-35 blowout behind Kiana Manuelito's 28 points. Coconino stays well in place for a postseason spot, and maybe even a home game if the team can crack into the top seven.

The Panthers improve to 9-3 overall and have only lost to No. 5 Flagstaff and No. 1 Seton Catholic. The win is the Panthers' third in a row and sixth by double figures, and the team set a new season high for margin of victory.

Most of Coconino's buckets in the meeting of the 4A Conference squads came in transition off Shadow Mountain turnovers, misses or even off makes as the Panthers ran the visiting Matadors out of the gym.

"We know that (Shadow Mountain) is used to a little bit of a lower elevation, so that is always our aim," Panthers head coach Cassie Schrader said. "That's what I pounded in their heads in the beginning of the season. We have had flashes of it over the season, but tonight I think it was our best showing of transition offense."

While Manuelito had a strong scoring night, hitting four 3-pointers, her teammates did too, with Wynter Huskie pitching in 12 including eight in the first quarter. Lorelei Tessmer had 12, and Kaelin Lee scored eight including a pair of 3s. As a team the Panthers hit 10 from beyond the arc.

After one quarter the game was tight, with Shadow Mountain down 18-14 after Huskie hit a pair of 3s to jump-start her team in the opening eight minutes. Coconino rattled off a 10-0 to open the second, and the defense got rolling and forced Shadow Mountain into quick shots and turnovers.

From there Coconino kept its same pace and only expanded its lead as the Panthers hit three from deep in the fourth.

With just five games left on the regular-season slate before playoffs for the Panthers, a lot can still change. But for now, Coconino is sitting solid in the 16-team race for a postseason berth.

If the playoffs started now the Panthers would be on the road, but at eighth entering Tuesday the team is just on the outside of hosting a first-round game.

Since the Panthers lost by just 10 to undefeated and top-ranked Seton Catholic, something seems to have clicked for Coconino.

The team plays with more confidence, knowing it was right in the game with Seton Catholic and is just one of two teams in the 4A to play the presumed top team that close.

"Against Seton Catholic we came to play," Schrader said. "(We) came out with no fear and from then on, every game after that, I've made it clear that they just need to go into every game with no fear -- absolutely no fear. Because I think they go into the Flag High games maybe a little bit more reserved."

A Coconino player saves a loose ball from falling out of bounds Tuesday night at Coconino High School during a game against Shadow Mountain.

Coconino guard Kaelin Lee (34) gets fouled by a Shadow Mountain player during a game Tuesday night at Coconino High School.