Unsurprisingly, spirits are high as the Northern Arizona football team began its preseason camp this week ahead of the start of the fall season.

The Lumberjacks have their players back in Flagstaff, gearing up for the Sept. 1 opener against the Arizona State Sun Devils in Tempe. With warm weather allowing the team to use its outdoor facilities -- and full utilization of the new Student-Athlete High Performance Center as well -- there is plenty of spirit as the team is nearing the season.

Quarterback RJ Martinez -- the presumed starter entering his second season -- said the 2021 finish, along with a solid spring period, has the team looking in favorable form.

“The preparation since last season has given us confidence coming into this season, and there’s just a new energy with this team,” Martinez said.

Martinez is one of nine presumed starters returning to the lineup for the Lumberjacks offense. There are also six defensive starters from last season’s team still on the roster. Many of those are underclassmen with years of eligibility remaining, but have gained plenty of playing experience due to two seasons -- a five-game spring campaign and a full fall slate -- in just one calendar year.

“We know what we have coming back, after playing a season, and some of them two, together,” Martinez said. “We’re still relatively young, so I think it’s really good, because we have an identity already.”

Defensively, the Lumberjacks have to fill some holes after the departure of many longtime starters despite there still being some of the foundational members from years past there to produce.

One of them is defensive back Anthony Sweeney, who was a multiyear starter before an injury cut his 2021 fall season short before it began. Sweeney says he has seen improvement from the defense. With new players slated to start for the first time, and a real belief in the unit, there is potential.

“I hate that word, though: potential,” Sweeney said. “It just means we haven’t done it yet. We’ve got a long way to go.”

Still, in coach Chris Ball’s fourth season leading the Lumberjacks, even the oldest players -- such as Sweeney, who predates Ball in Flagstaff -- believe this is the most well-assembled unit in recent memory.

“When Coach Ball first came in it was kind of a culture shock. He was trying to bring in his style, his group, his way of doing things, and I think now it’s the most complete year in terms of offense, defense and special teams,” Sweeney said. “We’re working for each other. Not to say we haven’t in the past, but it’s even more this year. I feel like this is the year we put it together.”

The Lumberjacks, who have not beaten ASU since Oct. 15, 1938, want to improve plenty more before taking on the Sun Devils.

Still, the players have seen flashes of what might get the team over that hump -- considering they already beat an in-state FBS rival in a 21-19 victory over the Arizona Wildcats last fall.

“We’ve had sparks here and there, even in the spring, of what we can really do at a high level. I think we need to be consistent so that we can be trending upward to get to that level more,” Martinez said.

Kickoff between the Lumberjacks and Sun Devils is set for Thursday, Sept. 1, at 7 p.m in Tempe.

LOCAL ROUNDUP: All That Dance sends 31 to national competition

All That Dance of Flagstaff competed against thousands of dancers from across the country at the Starpower Talent Nationals in Las Vegas in June.

Cooper and Bridger French, a senior and junior, respectively, on the Coconino football team, have each had their own forms of success. Part of…

Tyson and Devon Grubbs haven’t yet had a collision on the Lumberjacks practice field.

The Coconino girls basketball team looks a lot different than it did last year.

High Country Running: Pride 5K is 'a race won just by showing up as yourself'

We are excited to announce that the first-ever in-person Pride 5K will take place in Flagstaff on Sunday, Oct. 2. It’s a run/walk organized by…

Aerial gymnastics is both an art and a sport, and it’s beginning to take off in Flagstaff. Last week, Momentum Aerial hosted its Trapeze Mini … 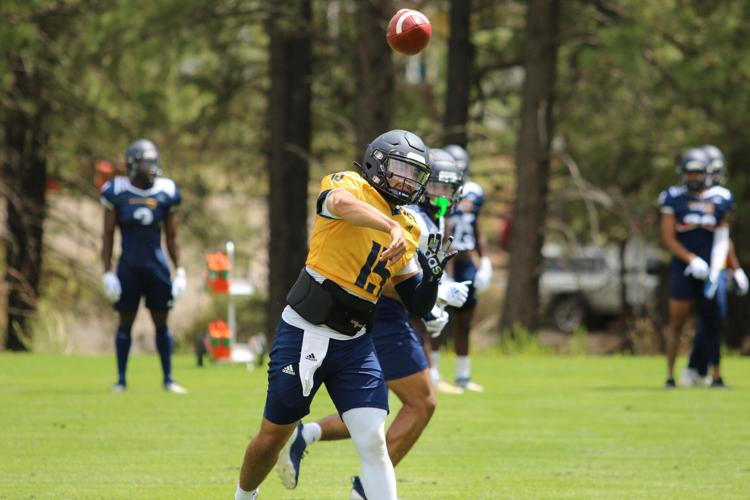 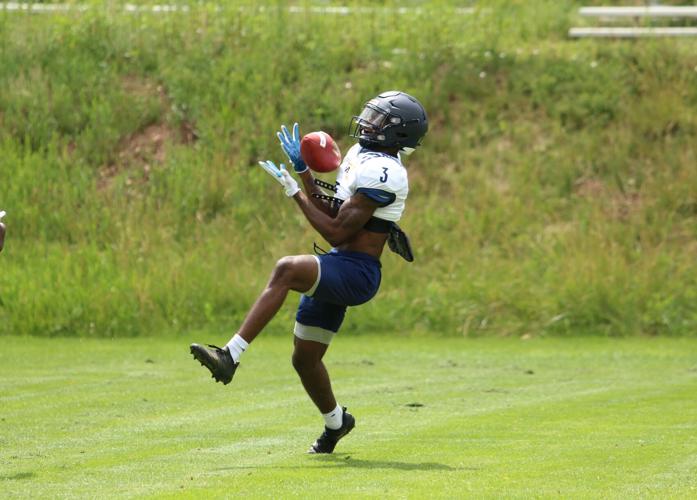