FBI fears 'insider attack' on inauguration; all troops being vetted

Local Roundup: Scrappers go 2-3 at tourney in Williams
0 comments
Share this
{{featured_button_text}}
1 of 2 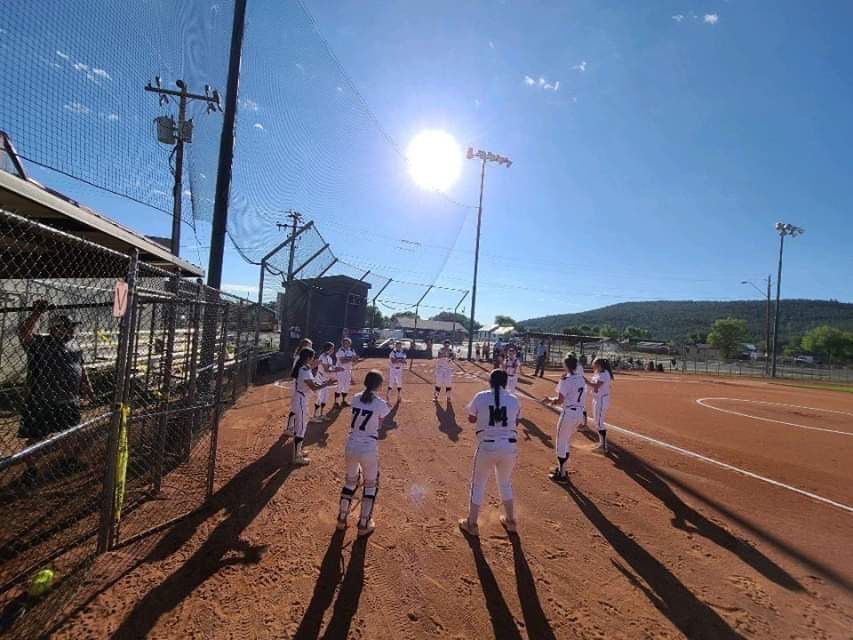 The Flagstaff Scrappers circle up during a tournament in Williams.

The Flagstaff Scrappers 12U club softball team went 2-3 at the 9Star 2020 State A Championships over the weekend in Williams.

In the tourney down I-40, the Scrappers started off solid with an 11-4 win over Players Choice Academy early Saturday. The other win of the tourney came off a 7-6 showing against the Tropics.

Sophie Monsman scored the winning run to seal a comeback win over the Tropics. Also in the one-run win, Sophia Ormsby hit a home run to help her squad's winning efforts. The Scrappers lost to SoCal Avengers 7-3 Sunday.

Three players from the Flagstaff Freeze 12U club team played in the USSSA All Star East versus West game. Will Carpenter, Jake Hanley and Chase Brown represented the Freeze in the June 27 game at Cactus Yards down in the Valley in Gilbert.

Carpenter went 4 for 4 at the plate with a triple, two doubles ad a single to go along with three RBIs. Carpenter also showed his ability on the mound going an inning with two strikeouts.

Hanley was 1-for-4 hitting with an RBI, and Brown also went 1 for 4. Brown pitched as well, also earning a pair of Ks.

We both consider ourselves solo runners, rarely joining training groups. Running for us is more about trying to stay out of the mind trap. The…

Nakai, Schenck combine for 50 as NAU snaps 4-game skid with win over Montana

The Flagstaff Scrappers circle up during a tournament in Williams.