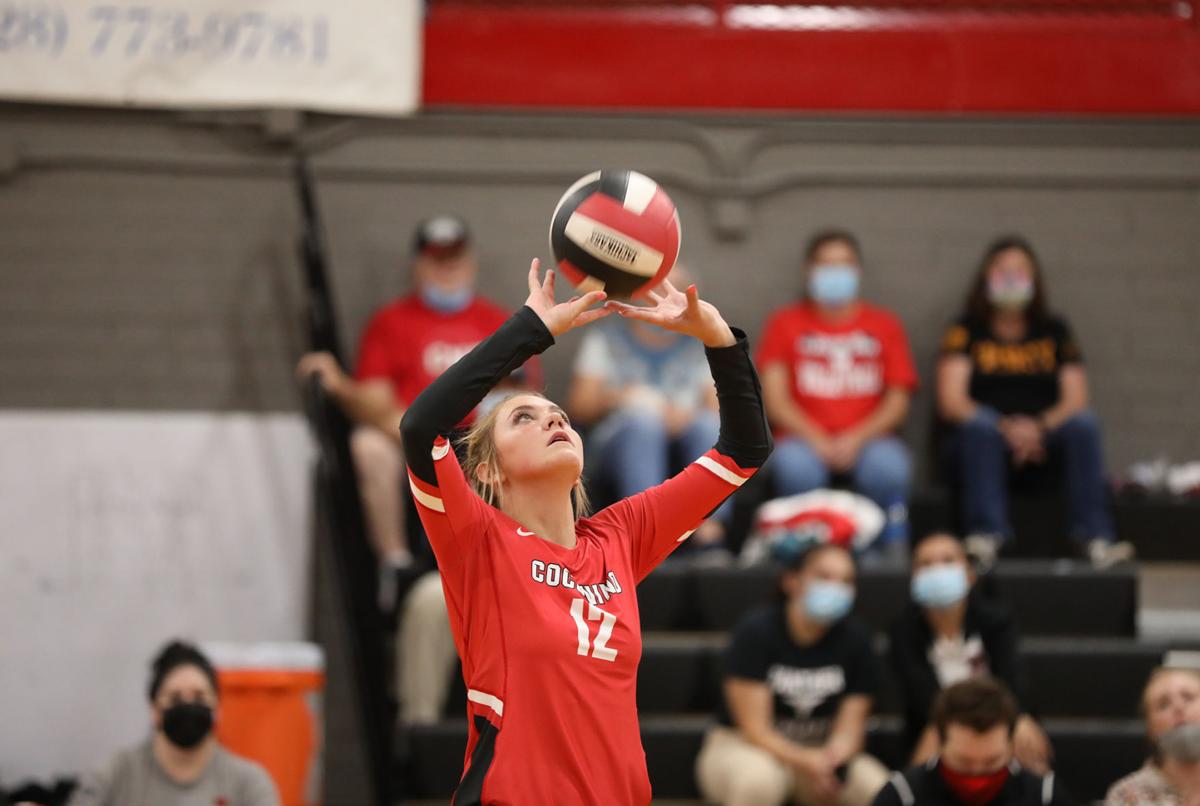 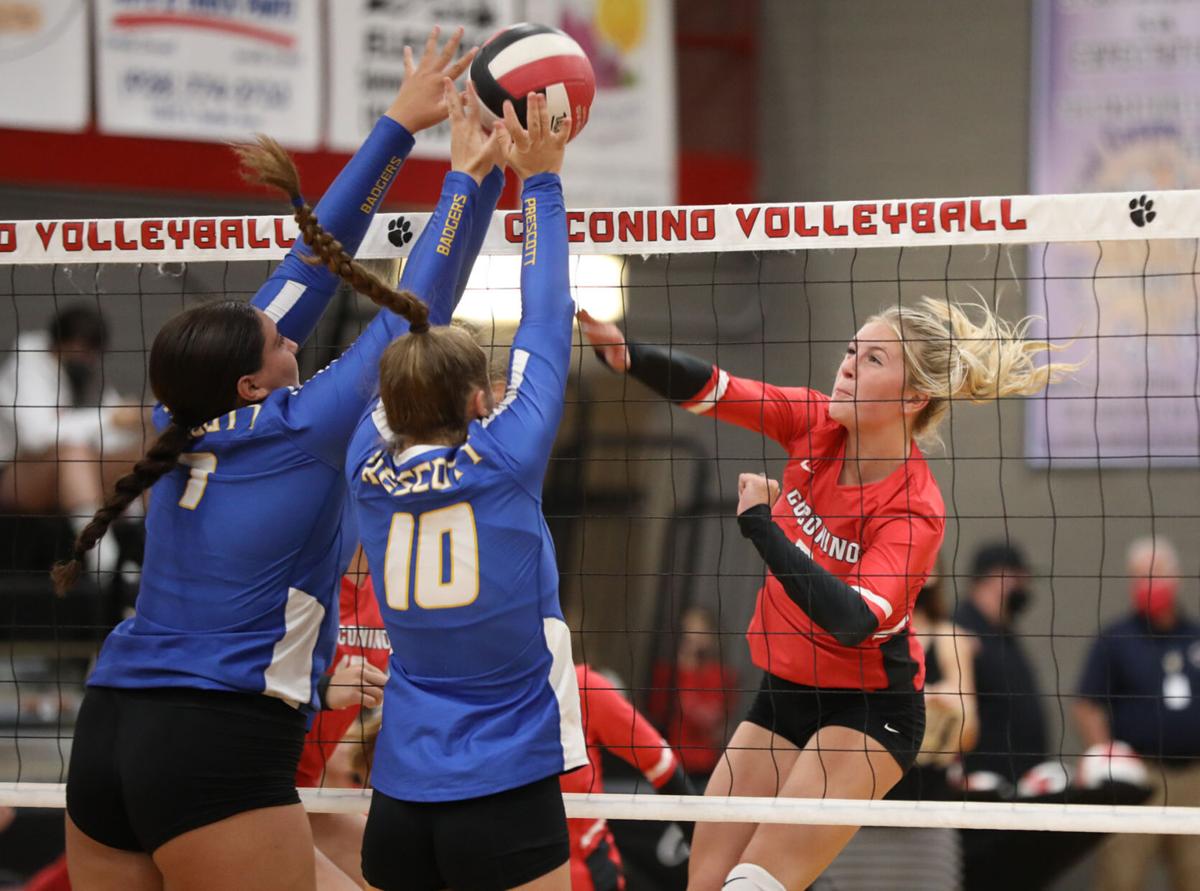 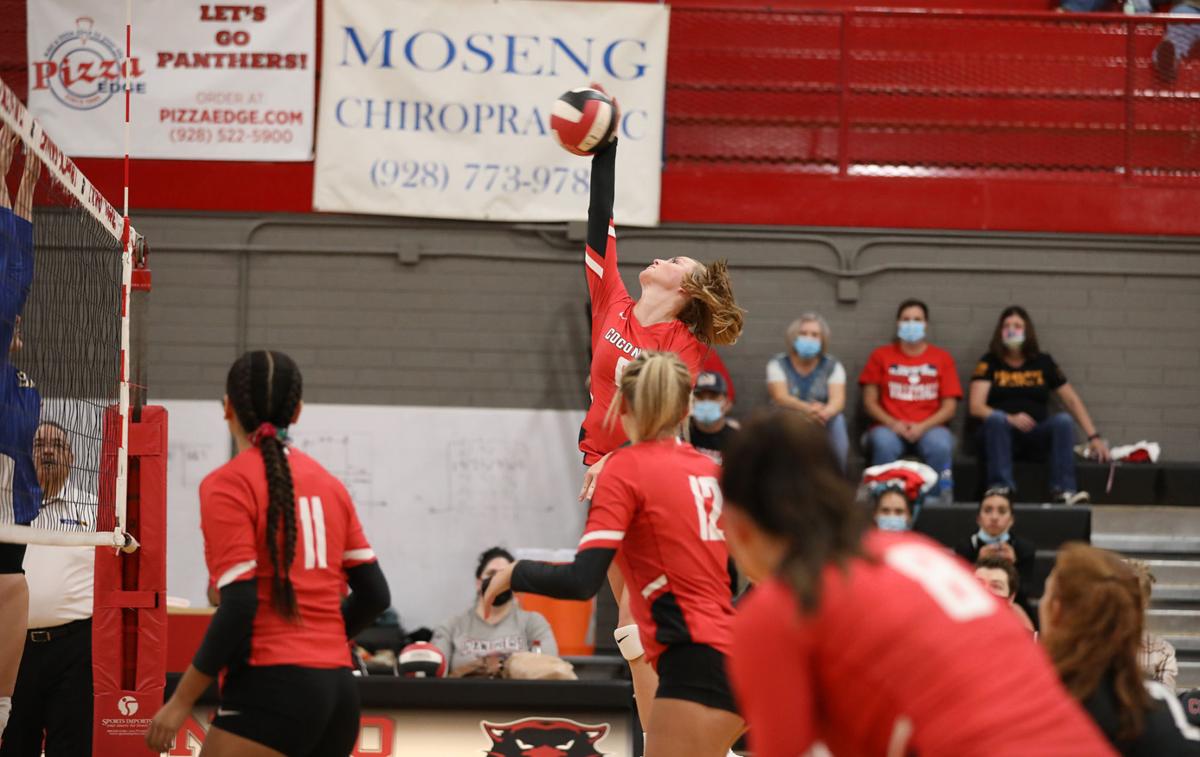 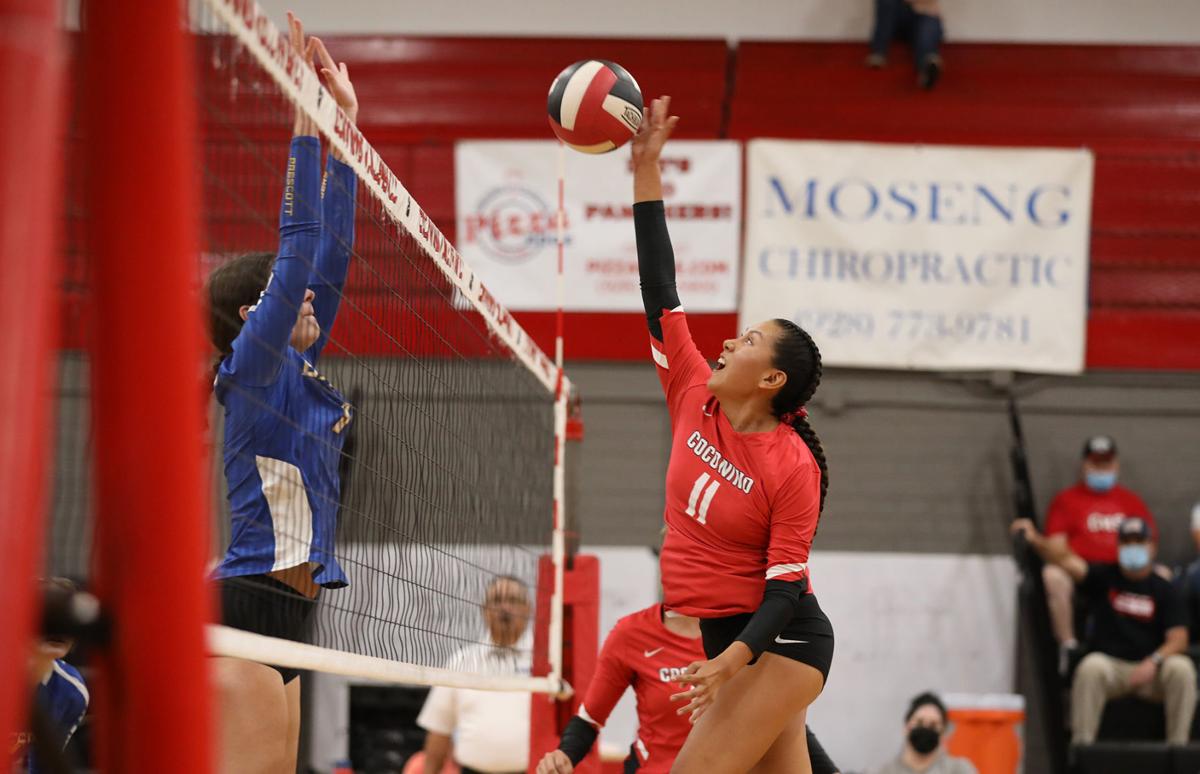 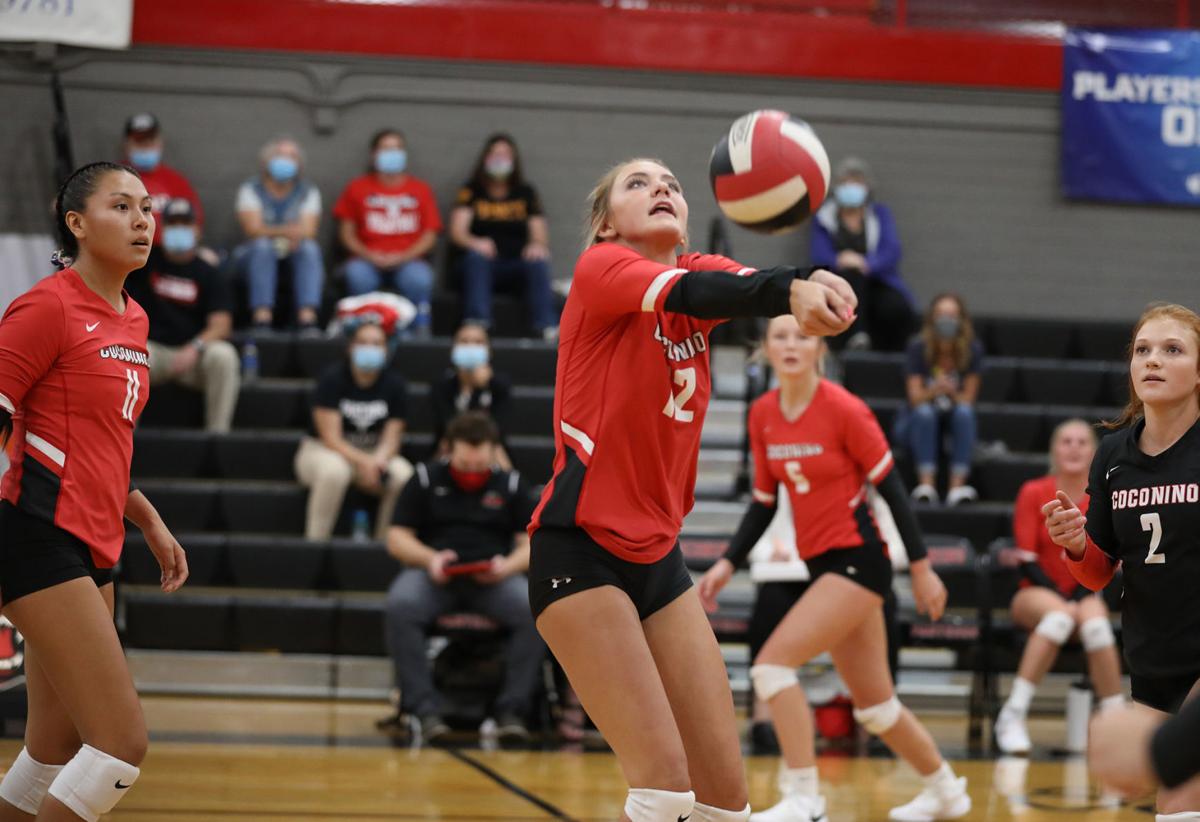 The Coconino Panthers captured their first victory of the season Thursday night, as they defeated Prescott, 25-21, 25-22, 23-25, 25-21, at Coconino High School in their home opener.

After a season of limited fan attendance due to COVID-19 protocol, and even two road matches to start the 2021 fall season, the Panthers finally played in their home gymnasium more than a week into their current campaign.

Panthers head coach Serena Wallace said a vibrant student section, supportive families and the first true home atmosphere in over a year provided a boost for her girls

“It definitely gives us energy. I think it’s just nice to have a little bit of normalcy, especially after last season; it’s just such a blessing,” Wallace said.

En route to the 3-1 win, Coconino fell behind early. In the first few points of the match, the Panthers played solid defense, but their hitters could not put the ball past Prescott’s defense to finish points. Prescott went up 6-2 early. After settling in, though, Coconino made its own small run to tie the score at 7-7 between the two Grand Canyon Region programs.

From there, the teams traded points. At 17-17, Coconino senior Hannah Cody finished a point with a kill to take a slight lead, and the Panthers held on. Freshman Brooklyn Jay’s kill ended the first set at 25-21 to take a 1-0 lead.

Following the break, the Panthers went down 4-1, but a run of serves from junior Eiley Palmer knotted up the set. At one point, Coconino took a 15-10 lead, but the Badgers battled back and the teams traded points until they tied at 19-19. At that moment, Coconino played a solid stretch of six points to go up 24-20. The Badgers won two straight points, but a block by junior Brinna Bedlion gave the Panthers a 25-22 victory and a 2-0 match lead.

The late points won in the second set were Coconino’s best attacking plays of the match thus far.

“I would just say the setters and hitters have been really working on their connection. And so we still have a lot of work to do, but we just worked on being consistent, and they knew when to swing hard and when to pull off and make good choices,” Wallace said.

The Badgers would not go away. Again, Prescott and Coconino traded leads until a 23-23 tie in the third stanza. Prescott won two points from a pair of nice defensive stops, and stole a 25-23 victory to stay alive.

In the huddle, Wallace told her players they could win the fourth game and avoid a 15-point tiebreaker if they just executed their own game plan.

“It’s really just about limiting our unforced errors and staying consistent, serving aggressive, serving in and then just lots of communication. And they did that,” Wallace said.

Again, the fourth set was tightly contested from the start. The teams traded leads, meeting again late in the set at 15-15. From there, the Panthers won five consecutive points behind Palmer's serves and never relinquished the lead. They did enough to hold on 25-21 to record their first win.

With the victory, 4A Conference Coconino moves to 1-2 on the season. The Panthers will host 4A Shadow Mountain (2-3) on Tuesday.

Flagstaff pushed its undefeated start to the season to three matches with a home win over Mohave.

To date, Flagstaff has given up just one set, coming from a 3-1 victory over Deer Valley in its home opener.

The Eagles will travel to Scottsdale in their next game to face Notre Dame Prep Wednesday on the road. As of reporting, the Saints held a 12-0 record, including seven victories in two days in a recent tournament. Notre Dame Prep was set to play three more games Friday evening.

Flagstaff volleyball gained and lost momentum several times Thursday, but did just enough to escape with a 3-2 win over Seton Catholic at Flag…

The Northern Arizona volleyball team put together their most complete match of the season on Thursday, opening a two-match week versus New Mex…