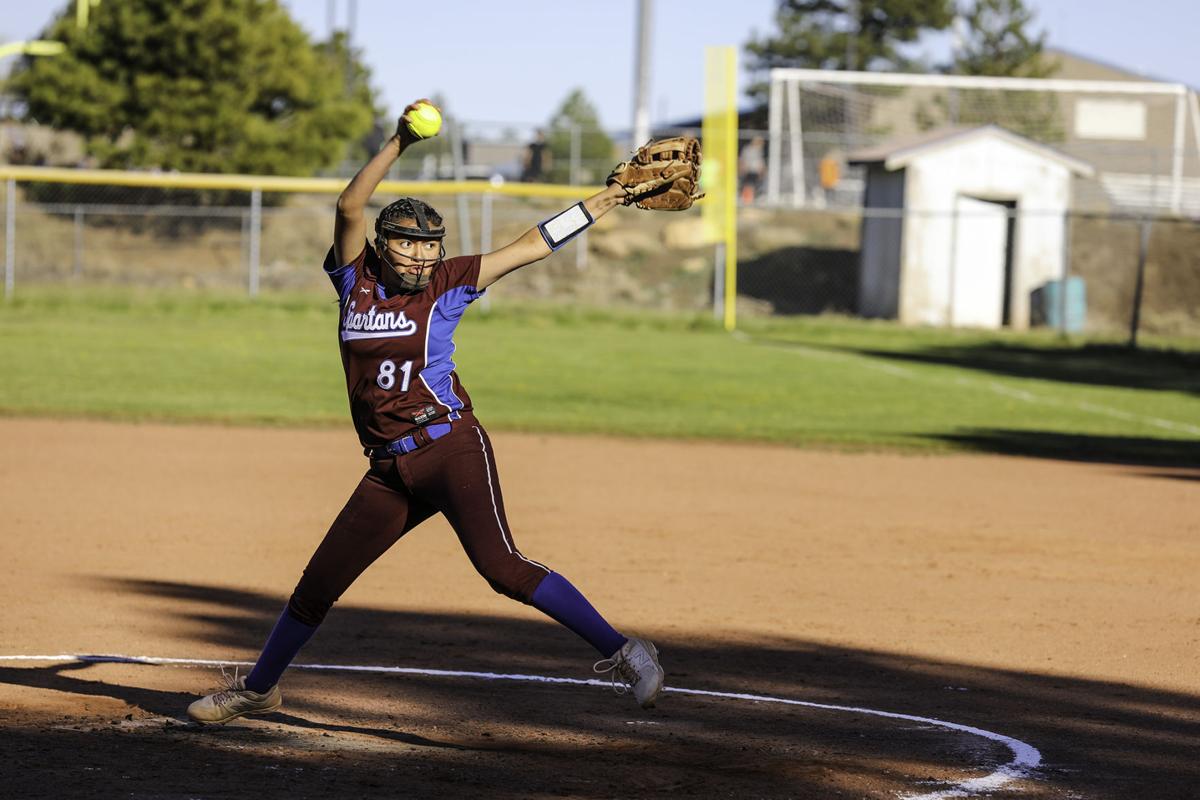 Northland Prep Spartans pitcher Reannan Butler (81) winds up her pitch during a game against Valley Lutheran during the 2021 season at Sinagua Middle School.

The second-seeded Northland Prep Spartans defeated No. 7 Morenci Jr./Sr. in the quarterfinals of the 2A Conference softball state championship tournament at Rose Mofford Complex in Phoenix on Saturday.

The Spartans' win pushes their streak to eight consecutive victories.

Northland Prep will face No. 3 River Valley (19-0) Friday in Phoenix in the semifinals. The Dust Devils defeated Willcox, 13-1, in the quarterfinals on Saturday.

The No. 14 Spartans had won six straight games heading into the playoffs, including winning a play-in ballgame, but were no match for the No. 3 Vandals.

Miami will host No. 6 River Valley in the quarterfinals on Tuesday. The Dust Devils defeated No. 11 Chandler Prep 2-1 on Saturday.

The Broncos took a 3-1 lead after the first inning and kept increasing the scoring margin. They scored nine combined runs in the fourth and fifth innings to reach 14 and win by mercy rule in the fifth.

The Broncos will host No. 6 Vista Grande on Tuesday in the quarterfinals. Vista Grande defeated Bradshaw Mountain 13-8 on Saturday.

Northland Prep Spartans pitcher Reannan Butler (81) winds up her pitch during a game against Valley Lutheran during the 2021 season at Sinagua Middle School.