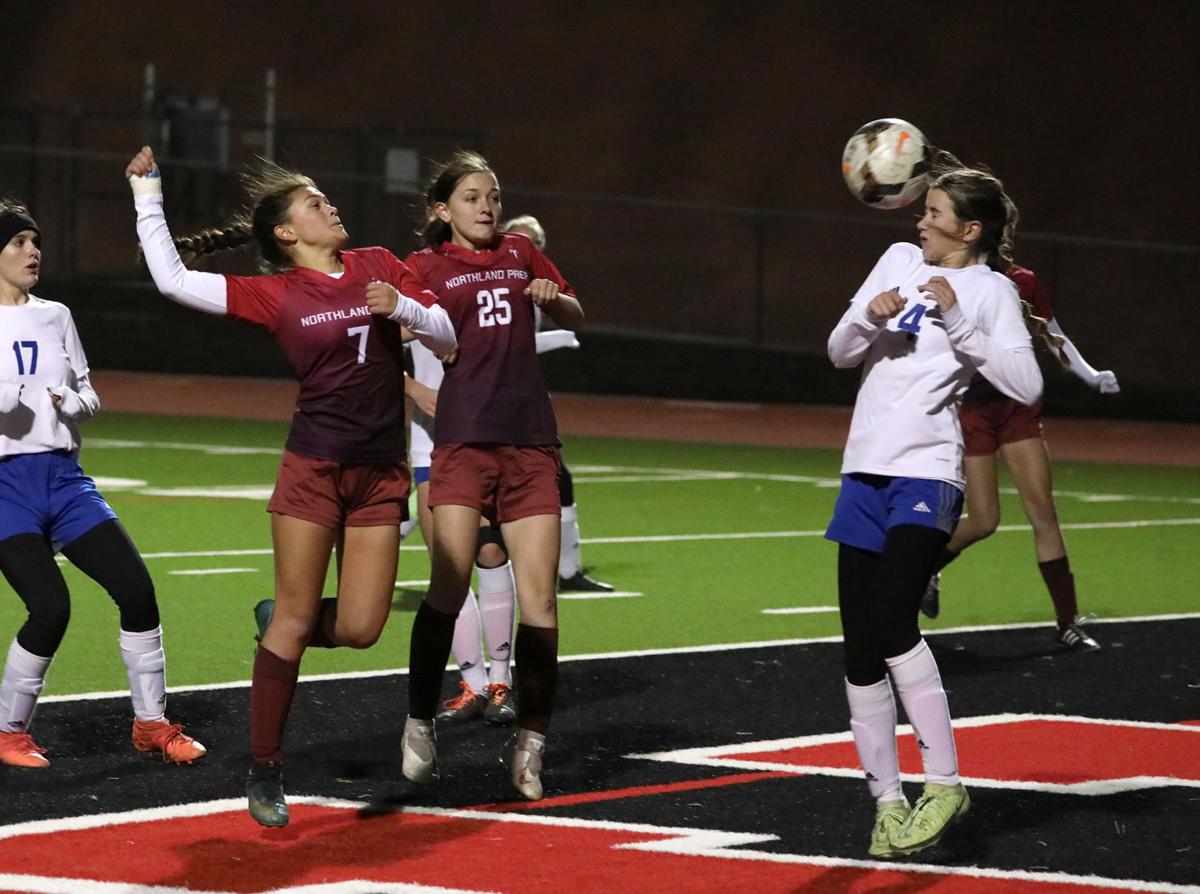 Northland Prep’s Mollie Donahoe (7) scores off a rebound from the goal Thursday night during a semifinal game against Snowflake. Donahoe recorded a hat trick during the 4-0 win at Cromer Stadium. 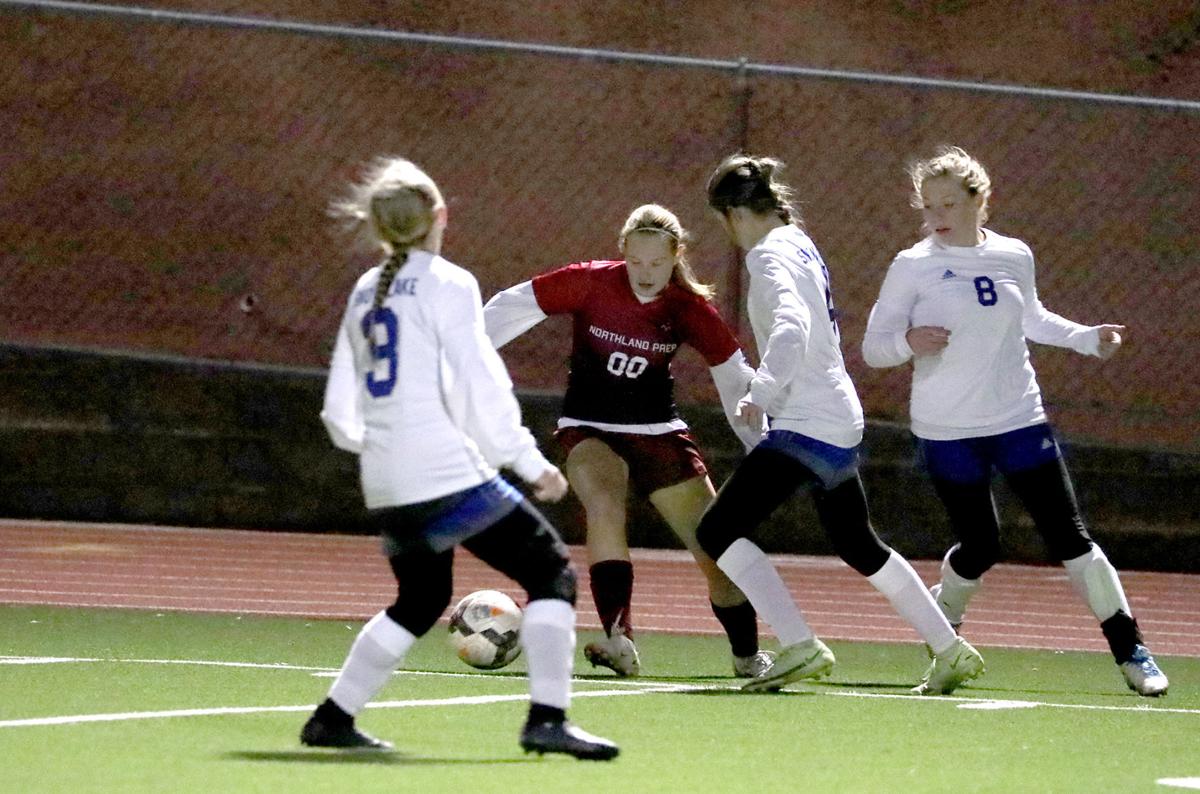 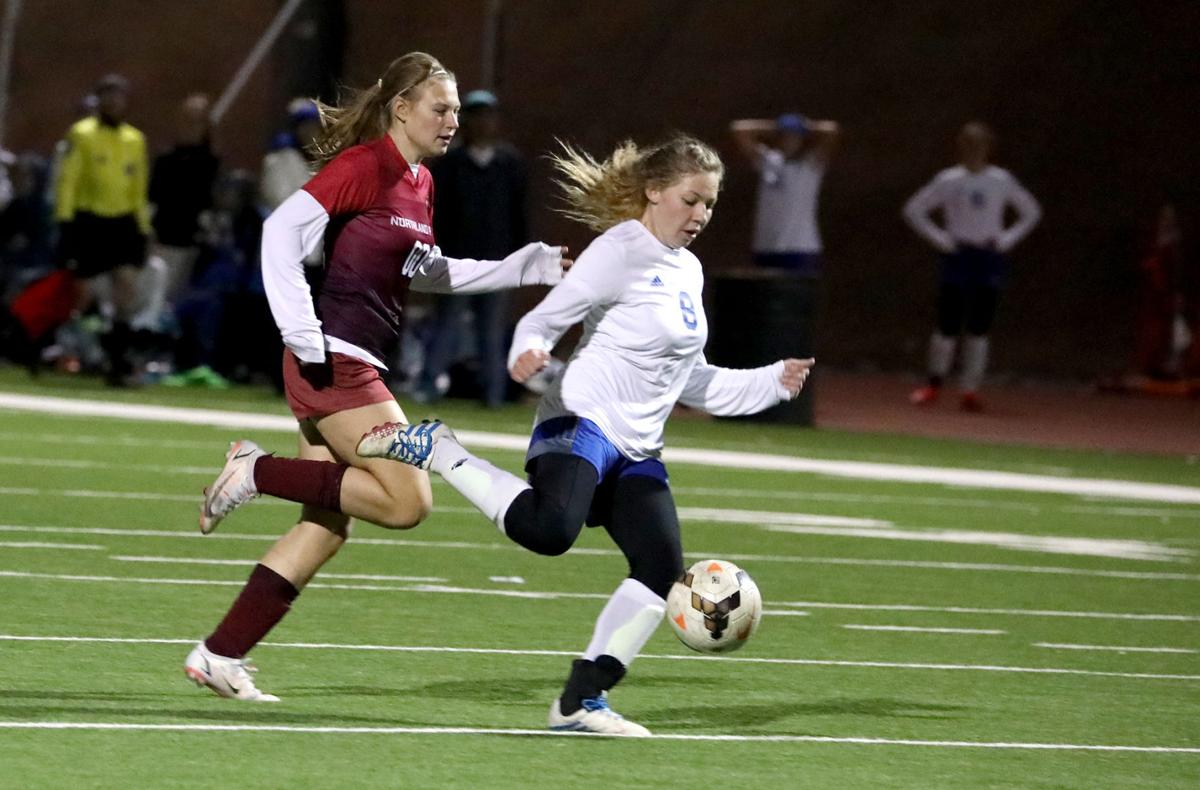 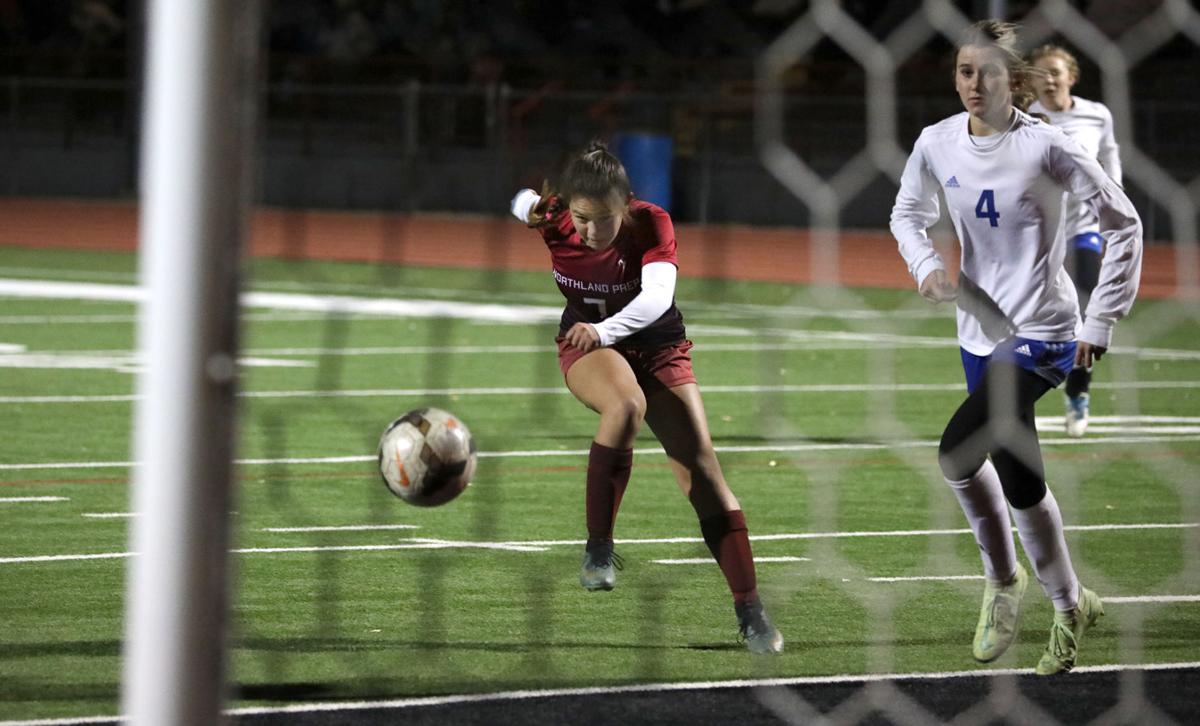 Northland Prep’s Mollie Donahoe (7) shoots and scores one of her three goals during NPA’s 4-0 win over Snowflake Thursday night. 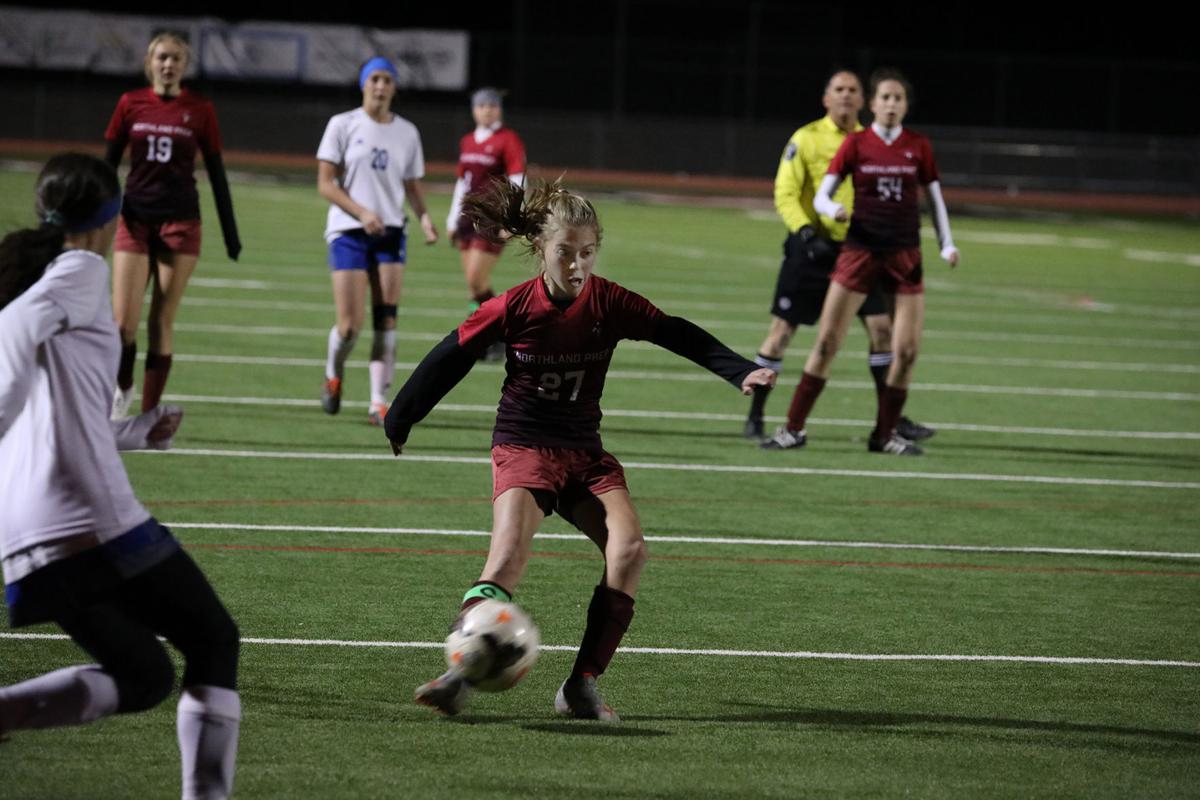 The teams were tied 0-0 in the first half. The Spartans outshot Snowflake 20 to 1 in the half, but could not find the back of the net.

However, Northland Prep scored quickly coming out of halftime. Sophomore Mollie Donahoe had a hat trick in the second half, and the Spartans defense held tough to keep up the shutout.

“I calmed down in the second half,” Donahoe said. "And the team did as well. We would hold the ball and draw their defense in to create opportunities and runs behind their back line to get into goal. We all just got our jitters out and played soccer they way we do."

Northland Prep will take on No. 2 Chino Valley in the championship round Saturday in Gilbert. The Cougars and Spartans split their two matchups -- on in the regular season, one during an exhibition at a tourney, this season, with Northland Prep winning the last meeting 2-0 on Oct. 12.

Kickoff is set for Saturday at 6:30 p.m. at Williams Field High School.

The Flagstaff girls also claimed the sectional gold, scoring the low of 23 points. The score was 44 fewer than second-pace Millennium (67).

Northland Prep’s reign in the boys championship came to an end Tuesday, as the Spartans placed second (69), six points behind Ganado (63). Basis Flagstaff came in third (72).

Outdoors: Climbing the Time Zone Wall at the Granite Dells

When my good friend and roommate invited me to spend the day with her down in Prescott climbing at the Granite Dells, I practically jumped at …

The players, and really everybody in the gymnasium, had to hold their breath in the dying seconds Tuesday, but Coconino boys basketball pulled…

The Flagstaff Eagles girls soccer team (9-0, 2-0 Grand Canyon) were ranked No. 3 in Tuesday's first 4A Conference rankings of the week. The Ea…

Cooper French and Thayer Nez dominated their weight classes as the Coconino Panthers came away as masters of their home mats Wednesday, sweepi…

The No. 2 Flagstaff Eagles girls soccer team needed just under 63 minutes to defeat No. 24 Bradshaw Mountain, 8-0, via mercy rule at home on T…

Following up on Northern Arizona Trail Runners Association’s wildly popular and free 2021 “Take a Walk in the Woods Virtual Challenge,” we jus…

The No. 20 4A Conference Flagstaff Eagles boys basketball team snapped a two-game losing streak Friday with a 65-61 road victory over the 30th…

The No. 11 Coconino Panthers improved their regular-season record to 10-2 and 5-1 in the 4A Grand Canyon Region Friday, defeating the No. 33 L…

Northland Prep’s Mollie Donahoe (7) scores off a rebound from the goal Thursday night during a semifinal game against Snowflake. Donahoe recorded a hat trick during the 4-0 win at Cromer Stadium.

Northland Prep’s Mollie Donahoe (7) shoots and scores one of her three goals during NPA’s 4-0 win over Snowflake Thursday night.