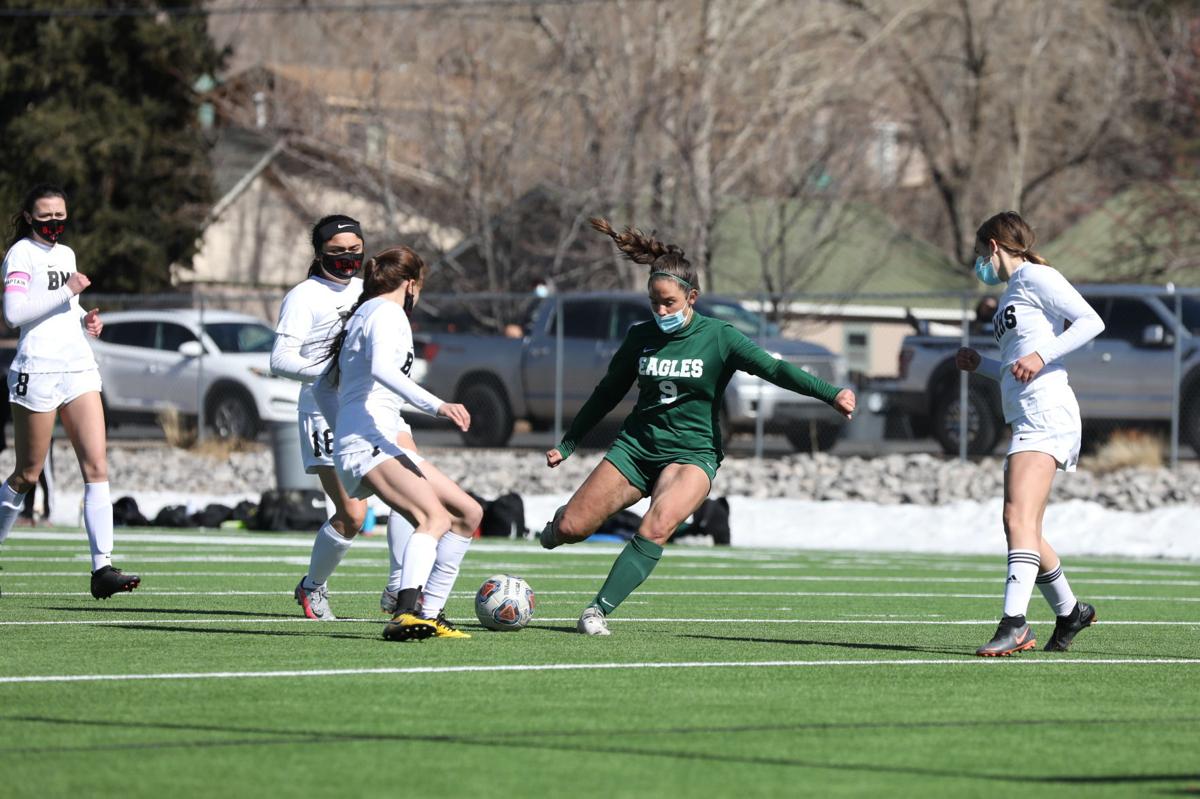 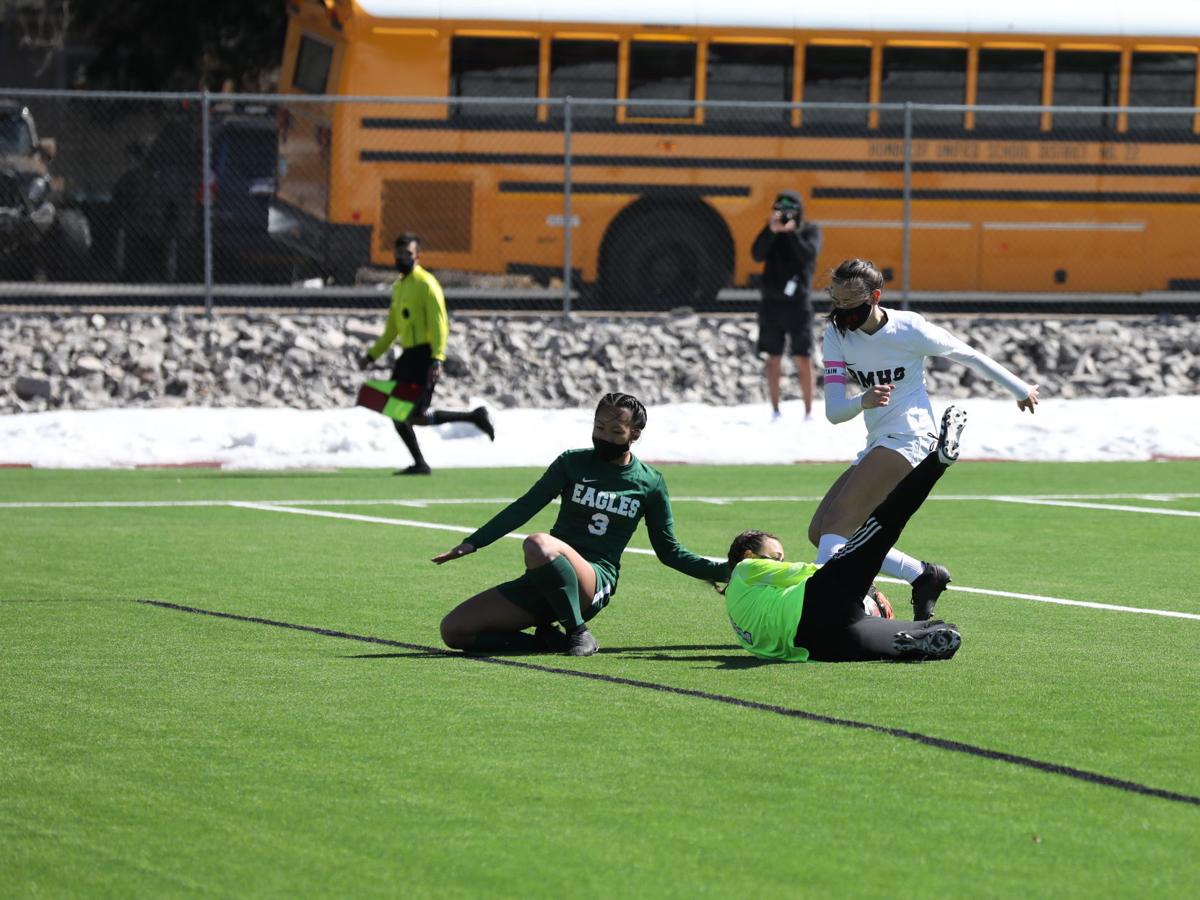 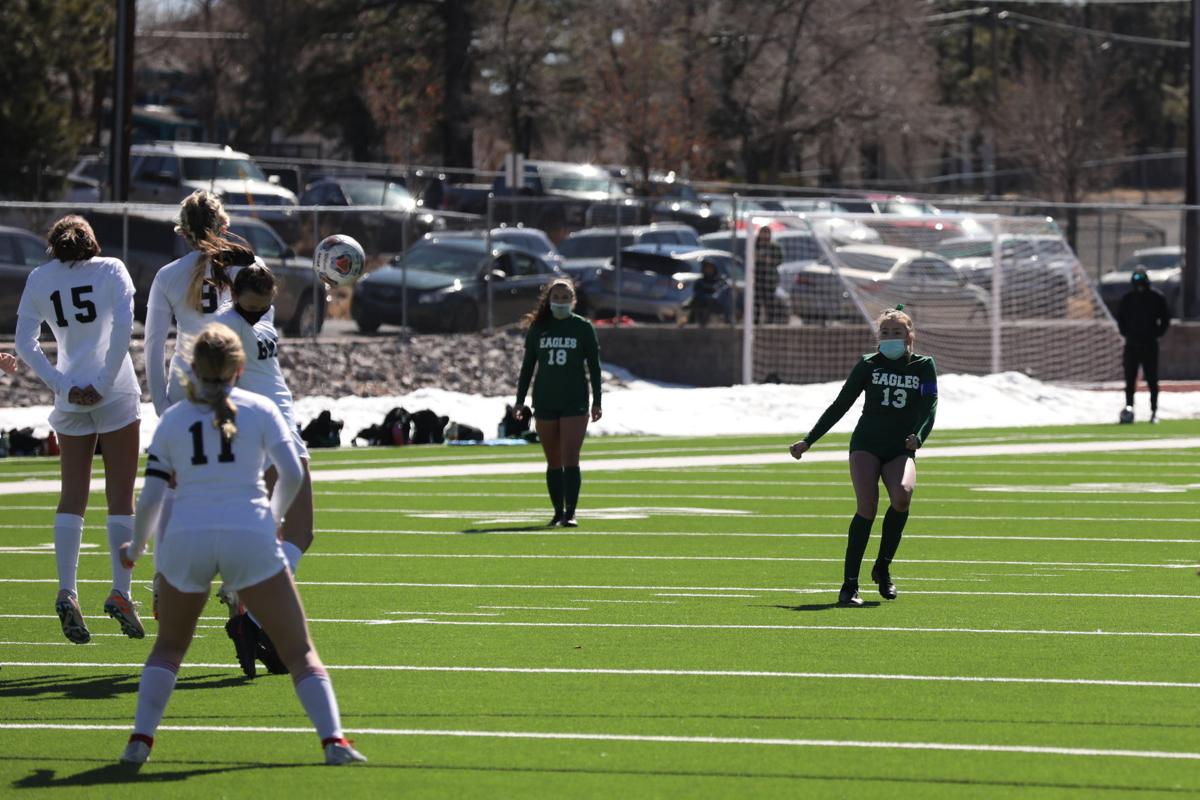 With just four regular-season matches left on the Flagstaff girls soccer team's schedule, the team is sitting pretty well near the top of the 4A Conference.

Flagstaff entered Saturday ranked at No. 2 in the conference, behind just 4A Grand Canyon Region rival Prescott -- a team that handed the Eagles a tight and wild 1-0 loss in Flagstaff early in the season.

Outside of Prescott, no one in the 4A has come close to touching the Eagles. All of Flagstaff's six wins have been by at least three goals, including a dominant win over region squad Bradshaw Mountain, 8-0, Saturday at Flagstaff High School. The win puts Flagstaff at 6-2 overall and 3-1 in the region.

Flagstaff took the win over Bradshaw just under 12 hours after losing to 5A No. 10 Horizon -- a potential playoff contender in the larger conference. The Eagles fell 1-0 Friday in the Valley, but there was still good to come out of the loss.

Unlike Saturday's rout of the Bears, where the Eagles mercy ruled the visiting team with about 1:44 left on the clock, Flagstaff had to fight against Horizon. It was one of a few matches with a postseason feel for the defending 4A champions.

"It was a big game for us to test and see where we are at in the season," Eagles assistant coach Chris Barquin said. "It's good to have a bounce-back win where we kinda tried to iron things out. ... I think we are really finding our rhythm right now. ... What we experienced (Friday) is a playoff-type game. Games like this don't necessarily have that intensity, and I think there was some intensity to the Horizon game. Now we just need to find a way to win those tight games."

Winning close games wasn't an issue for Flagstaff a year ago, when the Eagles won all of their playoff matches in close, post-regulation finishes en route to the 4A state tournament title.

But, obviously, this is a different team. Some key players like keeper Lianna Albert are the same, but a new year brings new challenges: such as relearning how to win tight matches.

In Saturday's blowout win, five different Eagles found the back of the net. The Eagles scored three times within a five-minute span in the first half getting goals from Kristen Wendtland, Cici Garcia and Hailey Schlenker.

The Eagles put two more into the net before half, with goals by Lexi Taylor and Karina Fuhrmann. Taylor did it all by herself, mostly, in the second half with three goals scored in the final 10 minutes to cement her four-goal day.

Taylor punched in a close goal off a breakaway with just 1:44 on the clock to force the 8-0 mercy rule.

Coconino allowed just one defeat on a fall against hosting Payson and three of its wrestlers came away with pins to help the Panthers topple the Longhorns, 63-13, Saturday.

At 195 pounds, Damingo Pimentel pinned his Payson opponent in 50 seconds, with 132- pounder Michael Woods winning by fall in 1:16 and 138-pounder Cooper French tallying his pin in 1:32.

Coconino is scheduled to visit Shadow Mountain Wednesday for another meeting between D-III programs.

Not long after suffering a rare loss, as Flagstaff fell to Cortez Friday at home, the 4A Eagles got right back to their winning ways Saturday.

The Eagles blanked region foe Bradshaw Mountain to improve to 8-2 overall and 5-1 in the 4A Grand Canyon. The Eagles, ranked third in the 4A entering Saturday, host No. 17 Deer Valley Wednesday.

Northland Prep continues to struggle, losing its fourth in a row following a 10-point loss to NFL Yet at home. The 2A Spartans fall to 2-8 overall ahead of Monday's game against Glendale Prep at home at 7 p.m.

Northland Prep snapped a four-game skid, devastating NFL Yet at home. The Spartans, now 3-10 after the win, host Glendale Prep Monday at 5:30 p.m.