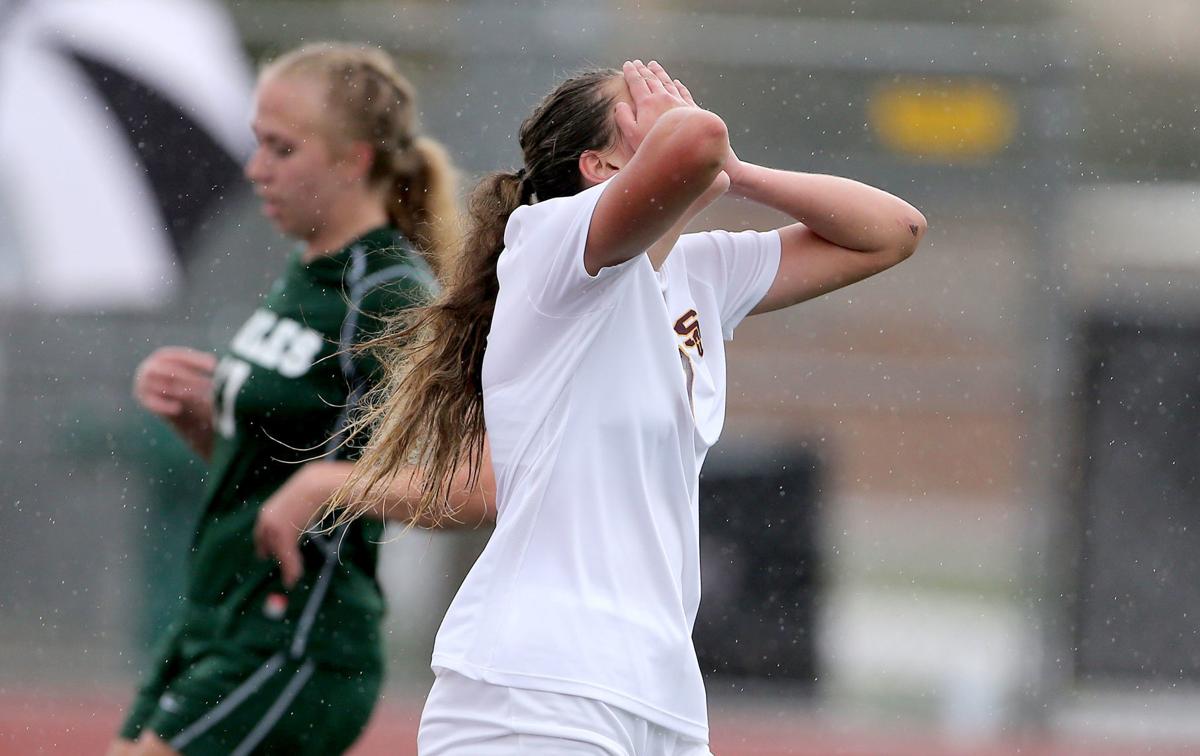 Salpointe's Sienna Gonzales (9) reacts after missing a shot on goal against Flagstaff during their 4A Conference semifinal match at Williams Field High School in Gilbert on Saturday. 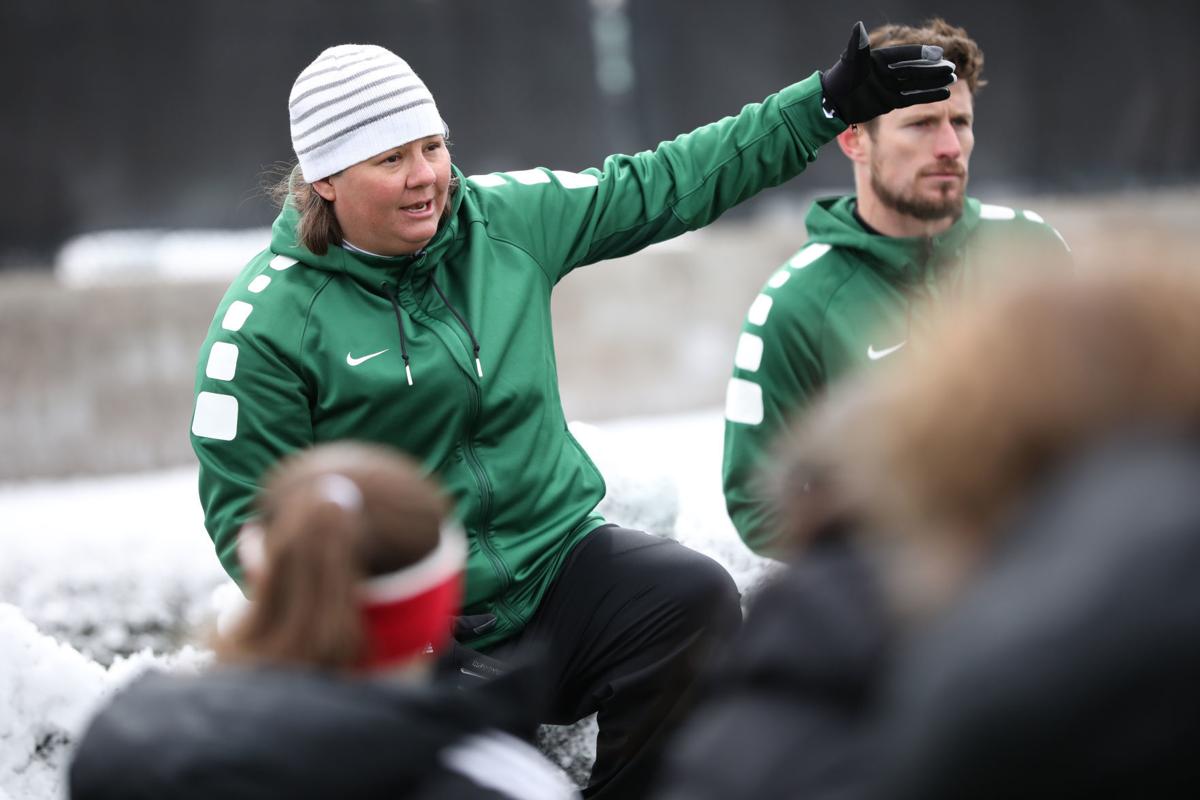 Flagstaff girls soccer head coach Holly Jones has been saying that all her young team knows is exciting finishes.

The Eagles got through another.

The third-seeded Eagles knocked off three-time defending 4A Conference champion No. 7 Salpointe Catholic, 3-2, Saturday in penalty kicks to advance to Tuesday's state finals.

Each team scored in the first half of the state tournament semifinal match, with the Lancers striking first eight minutes in. Later, with about five minutes left on the clock in the half, the Eagles found the back of the net to tie the game up off a goal from Keira Robertson.

Eagles goalkeeper Lianna Albert once again came up big in the clutch moments, netting the game-sealing save in penalty kicks.

"I think Salpointe did some things really well and we did too," Jones said. "Our big thing was that we are starting to pick up our physicality to get us to PKs. The girls fought really hard and once we got to PKs, I think that Lianna's game has so much confidence. She came up huge for us."

The Eagles finally got past a team that they had lost to in the 4A finals in 2017 and the semifinals in 2018.

The win on Saturday in Gilbert at Williams Field High School is the third straight post-regulation victory of the playoffs for Flagstaff and the second straight win on PKs.

Flagstaff will face its third opponent from southern Arizona in the playoffs as Catalina Foothills upset top-seeded Prescott, 1-0, later in the day Saturday, to advance to the title round as well.

The Eagles' playoff run has been full of close calls and exciting finishes. Jones said she has realized many of the youthful Eagles don't know the history with some of the teams they have or will face -- such as Salpointe and Catalina.

"I think for them it's all about winning the game," Jones said. "I'm not even sure they realize who our opponents are. I know that kinda sounds weird. ... For the underclassmen, I don't think they really understand the history. They are just stepping on the field ready to play.

"It's definitely really exciting, they are playing with a ton of heart."

Catalina knocked off Flagstaff in last year's quarterfinal round.

The No. 1-seeded Sand Devils, in search of a first-ever state title in boys hoops, held off the Falcons at Page Saturday to advance to the quarterfinals of the 3A state tournament.

Page, which led 20-17 at the half on Saturday, will face No. 8 Snowflake Tuesday at the Findlay Toyota Center in Prescott Valley for a 5:30 p.m. game.

Salpointe's Sienna Gonzales (9) reacts after missing a shot on goal against Flagstaff during their 4A Conference semifinal match at Williams Field High School in Gilbert on Saturday.