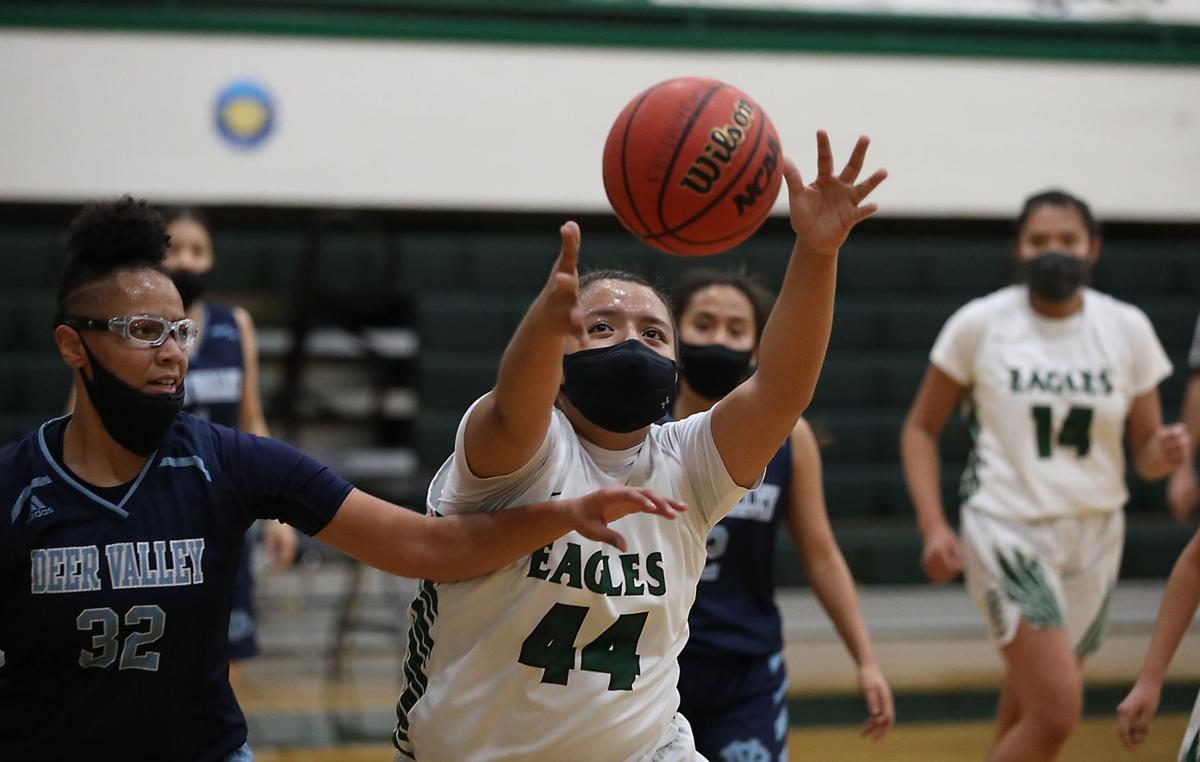 Flagstaff’s Breonna Curtis (44) reaches for the rebound Thursday night during a game against Deer Valley at Flagstaff High School. 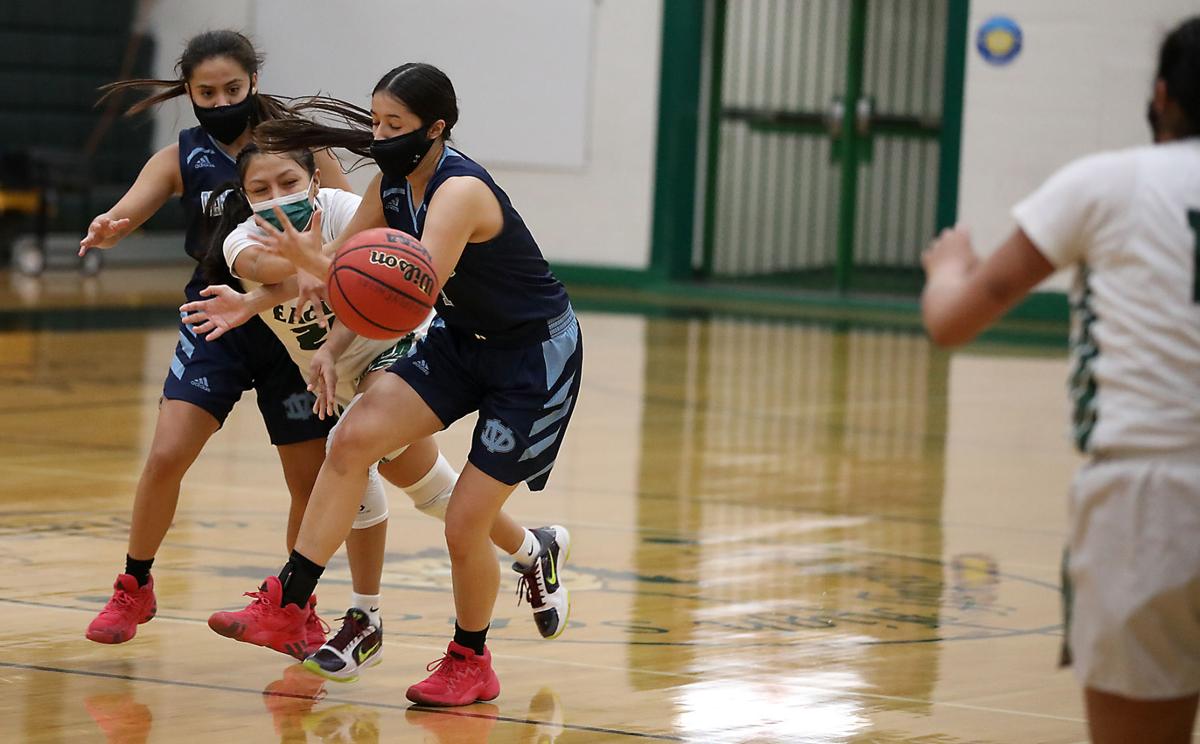 Flagstaff’s Morningrain Honani (20) breaks through double coverage from Deer Valley to get off a pass Thursday night during her team's home game in the War Memorial Gymnasium. 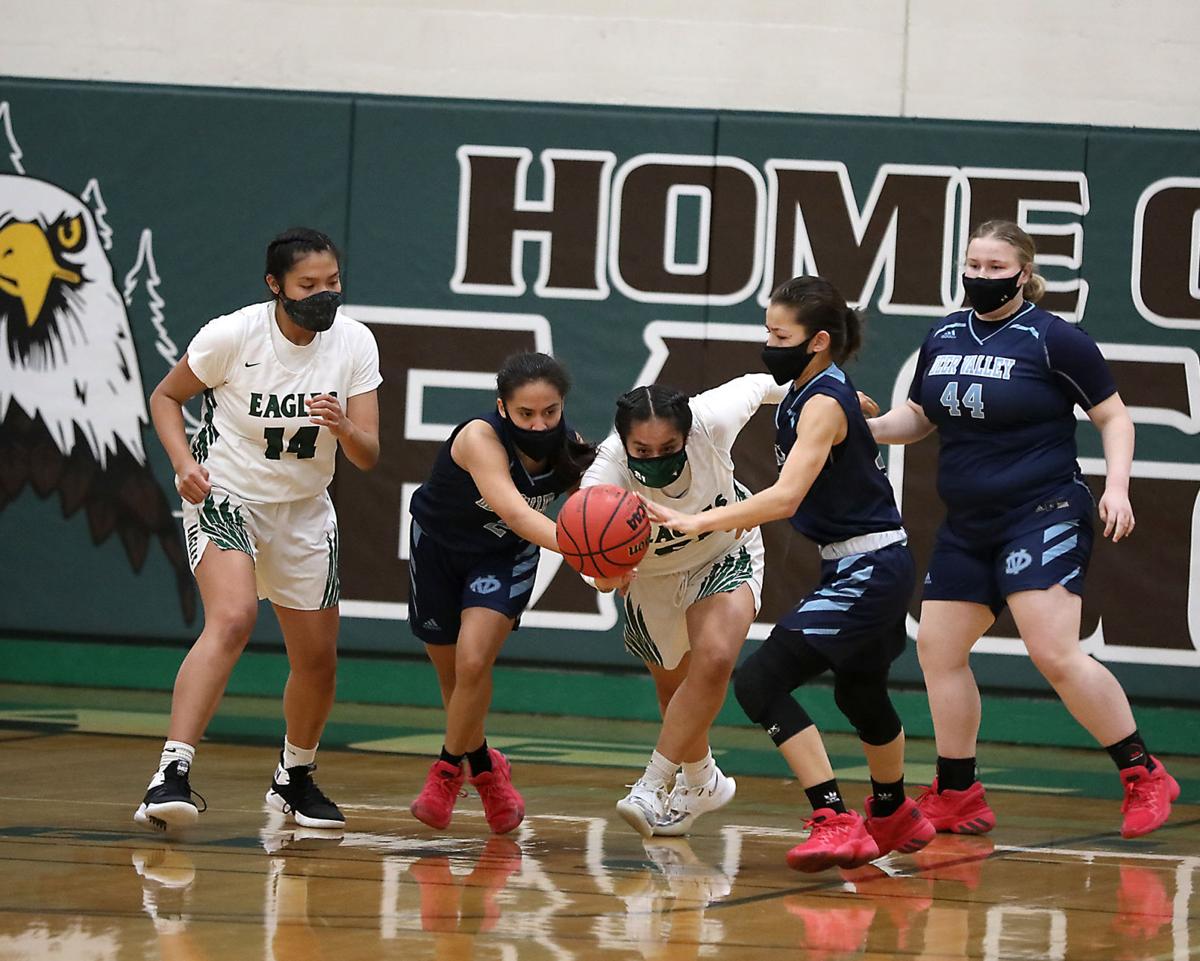 Flagstaff’s Jasmine Redhouse (21) scrambles for a loose ball under the Deer Valley basket Thursday night during a game at Flagstaff High School. 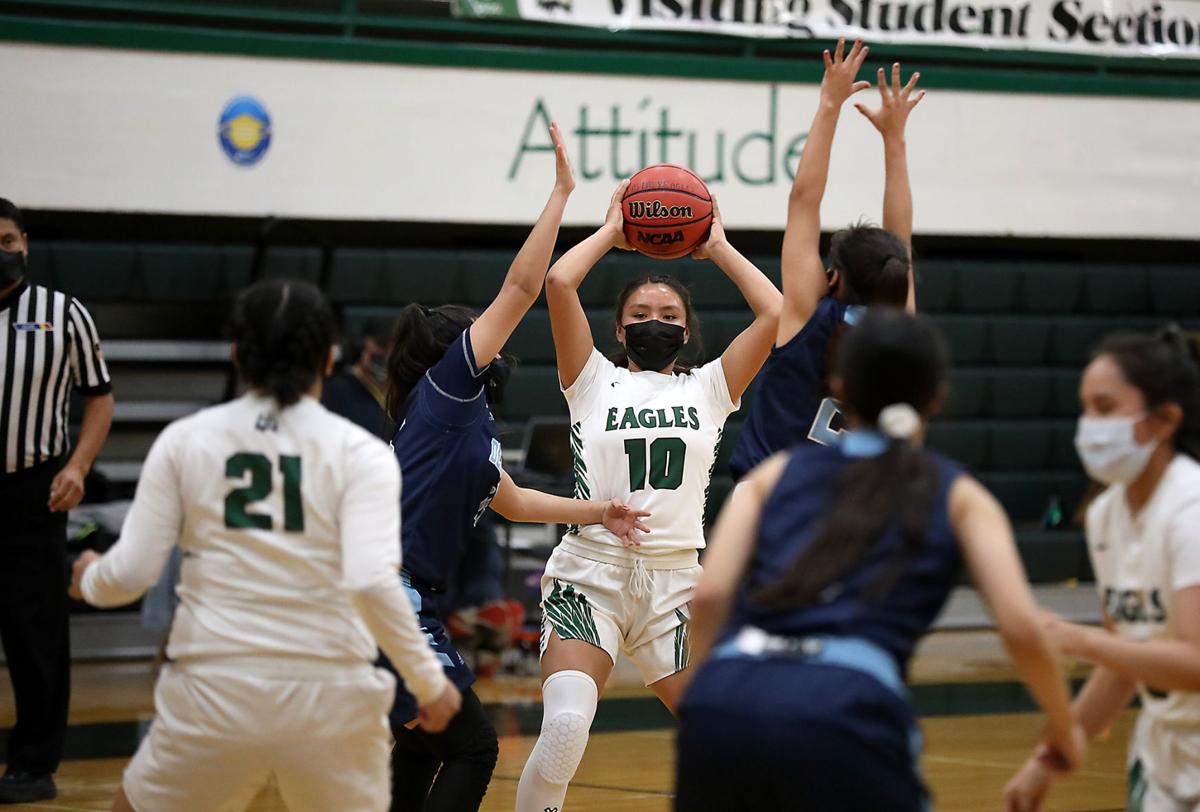 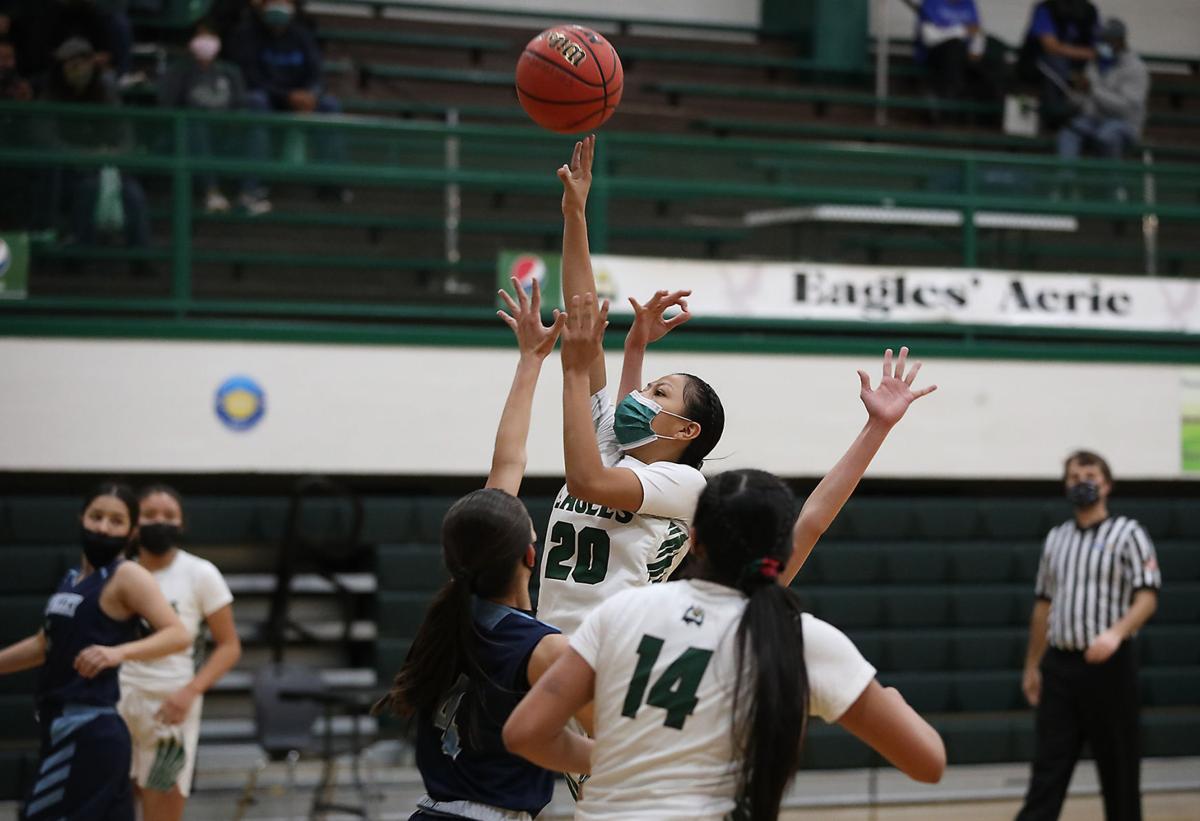 The No. 5 Flagstaff Eagles girls basketball team got into a close one at home Thursday night against eighth-ranked Deer Valley in a big top-10 match-up of 4A Conference teams.

The visiting Skyhawks took the win in overtime, 52-48, over the hosting Eagles despite a 25-point game from Gracelyn Nez. The Eagles' 10-game win streak was snapped as the team falls to 12-2.

Flagstaff is scheduled to head down to Prescott Friday.

The 4A Panthers are entering quarantine until at least March 3, according to Eric Freas, the school's athletic director.

A source with knowledge of the situation told the Daily Sun that a person who attended Coconino's home game against Shadow Mountain tested positive the following day. That person is not a member of the Panthers program.

The Panthers, ranked ninth in the 4A with a 9-3 overall record, will miss games against Bradshaw Mountain, Page and Mohave. It is unclear if those games will be able to be rescheduled considering there is just over two weeks until the state championship tournament starts on March 9.

At 10 games played, the Panthers hit the minimum for the state tourney.

Cooper French and Reed Merrell recorded pins on Wednesday, helping the Coconino Panthers beat a hosting Shadow Mountain Matadors that suffered in the scoring due to coming up short in weight classes.

French's win by fall came at 138 pounds for the Panthers, who won the meeting of the Division III, Section Three programs 42-27. Merrell pinned his Matadors opponent at 170 pounds, but the Panthers didn't tally a win the rest of the day aside from forfeits, which in total cost Shadow Mountain 30 points.

No. 22 Flagstaff fell on the road in the Valley at No. 6 Deer Valley. The Eagles dropped their second in a row and are now at 6-8 overall.

The Eagles host Prescott Friday at home at 7 p.m.

The 1A Basis Flagstaff Yeti won their fourth in a row with a dominant victory over 1A Central West Region foe Mayer Thursday night on the road. The Yeti, ranked No. 12 in the 1A entering the day, improved to 8-2 overall and 5-2 in the region.

The Yeti host Salome Saturday in Flagstaff at 5 p.m.

Flagstaff’s Breonna Curtis (44) reaches for the rebound Thursday night during a game against Deer Valley at Flagstaff High School.

Flagstaff’s Morningrain Honani (20) breaks through double coverage from Deer Valley to get off a pass Thursday night during her team's home game in the War Memorial Gymnasium.

Flagstaff’s Jasmine Redhouse (21) scrambles for a loose ball under the Deer Valley basket Thursday night during a game at Flagstaff High School.