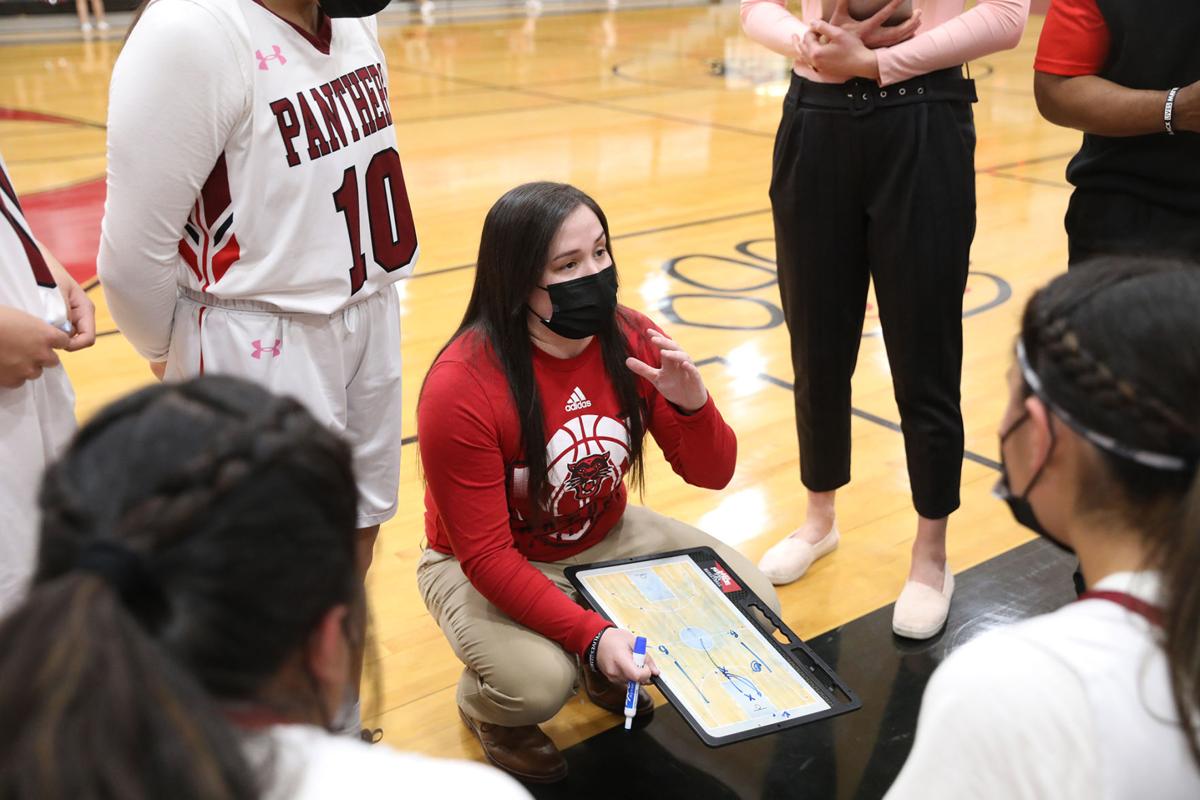 Coconino Panthers coach Cassie Schrader talks to her team during a timeout at Coconino High School during a game in February. 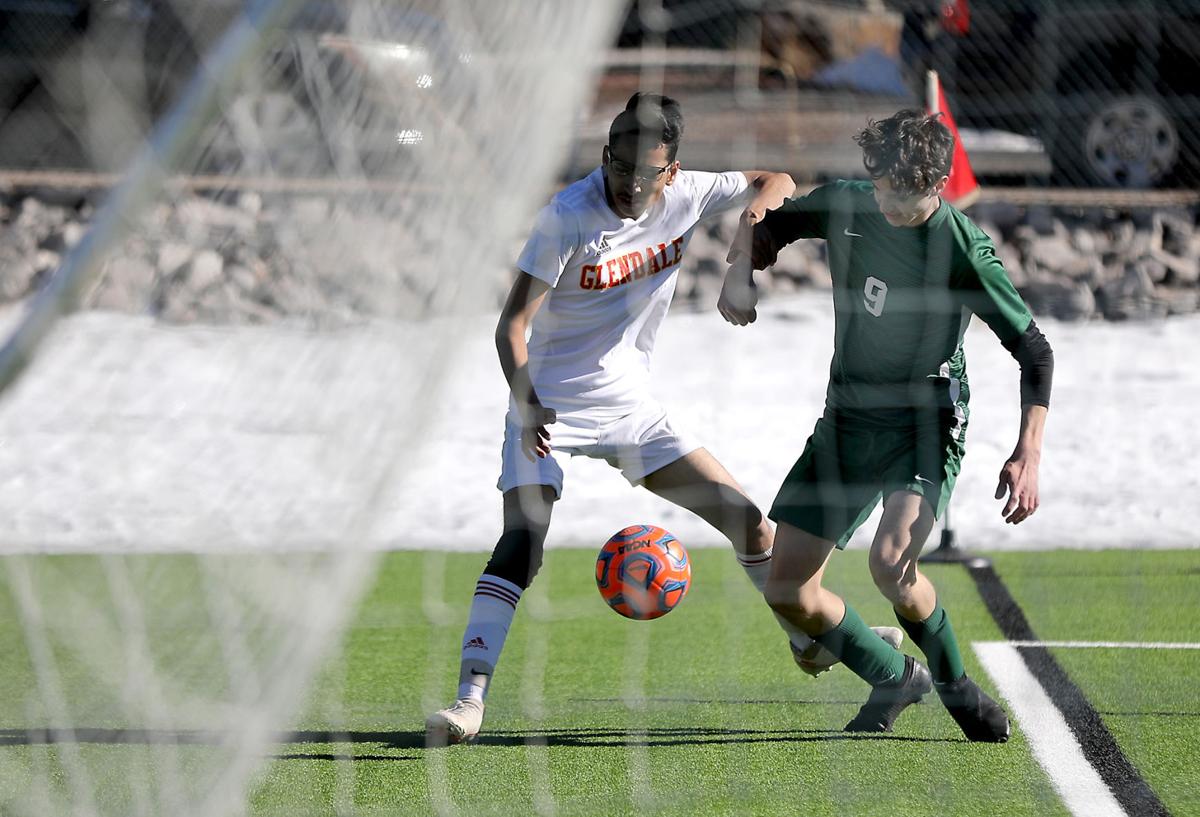 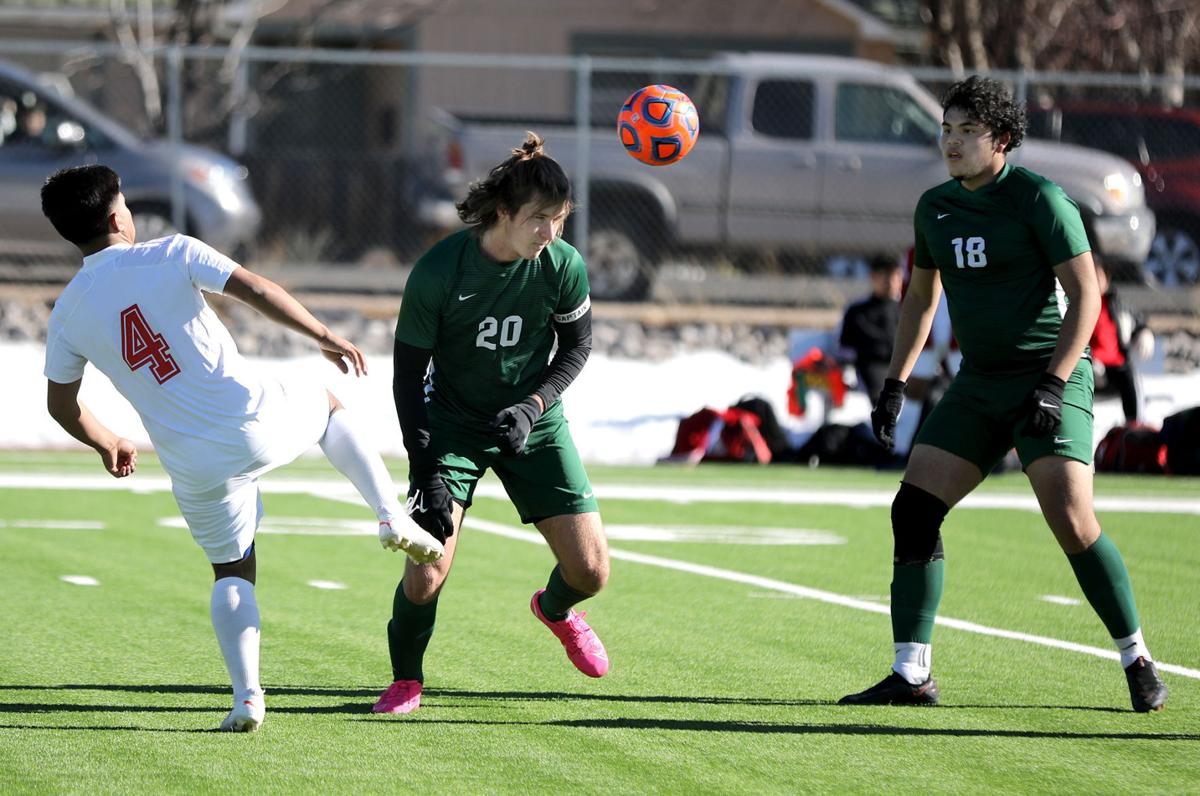 Flagstaff’s Emmanuel De Niz gets his head to the ball Monday afternoon during his team's home match against Glendale.

Schrader took over the program ahead of the 2020-21 season after spending a few years as an assistant and JV coach. She remembers being contacted by the Arizona Interscholastic Association to submit her name for nomination. But, due to her lack of varsity experience and knowing how many great coaches there are in Arizona, she didn't think there was a chance she could win.

However, Schrader received a letter in December telling her she had won, and a certificate was mailed to her in early January.

“I have always wanted to kind of use my age and my experience to make sure I relate to the kids more. I honestly don’t know how to respond; I’m still processing it,” she said. “It didn’t feel real and it still really doesn’t, but it means a lot. I made the mistake of not pursuing playing after high school, and I wish I had, but as soon as I was out of high school I was here coaching. So I’m glad now, because who knows if I would be in this position if things were different. So I’m just glad people believe in me to do this and trust me with their kids. It’s crazy.”

In her first season as head coach, the Panthers went 12-4 and reached the quarterfinals of the 4A Conference state tournament. Schrader gives the players credit for "making her look good."

"They listened, bought into what I was saying and teaching, and it couldn’t have been a better transition in that way,” she said.

Flagstaff was shut out for the second consecutive game Monday, falling to Glendale at home.

The Eagles won their first game of the season on Jan. 5, but lost their next two games.

Flagstaff (6-0, 0-0 Grand Canyon) continued its undefeated streak to begin the regular season with a decisive win over Glendale at home on Monday.

The Eagles have outscored their regular-season opponents so far by a combined score of 47-2.

Coconino Panthers coach Cassie Schrader talks to her team during a timeout at Coconino High School during a game in February. 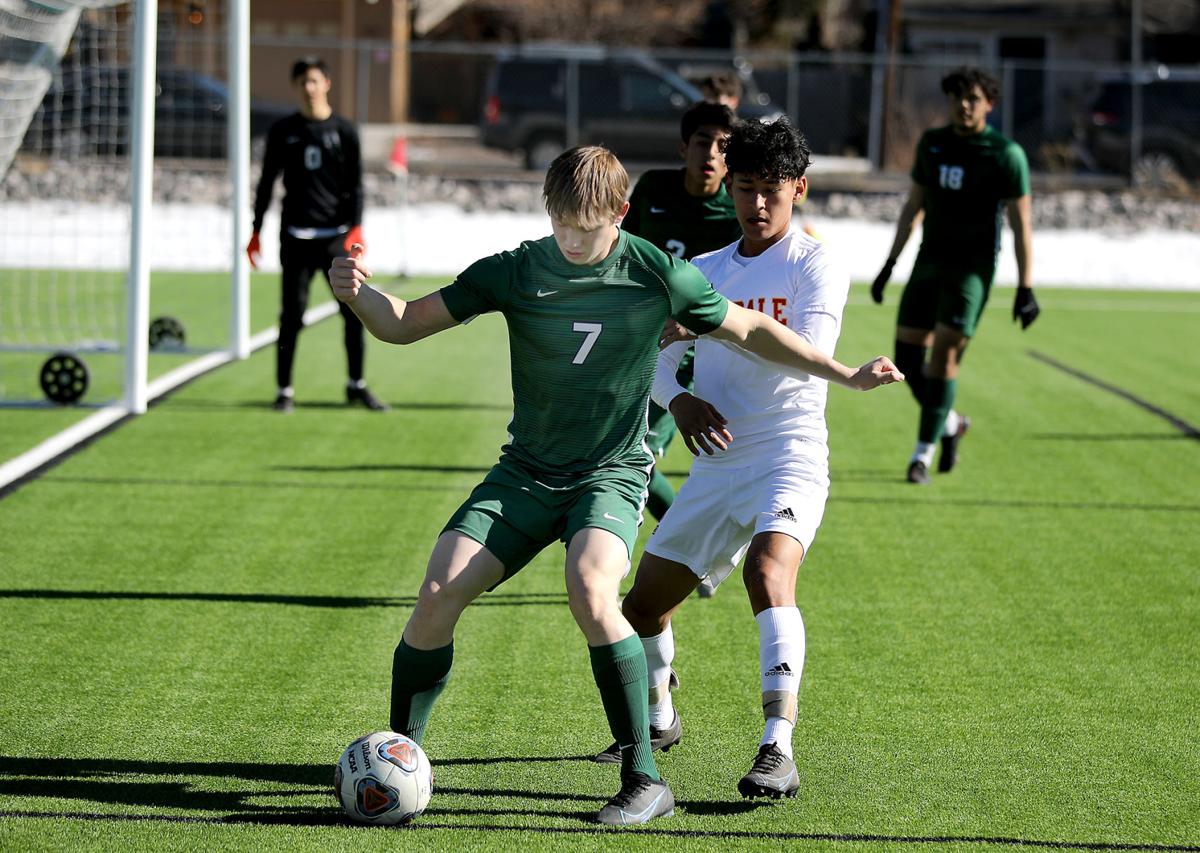 Flagstaff’s Walter Murphy (7) defends the goal from a Glendale player Monday afternoon during a match at Flagstaff High School. 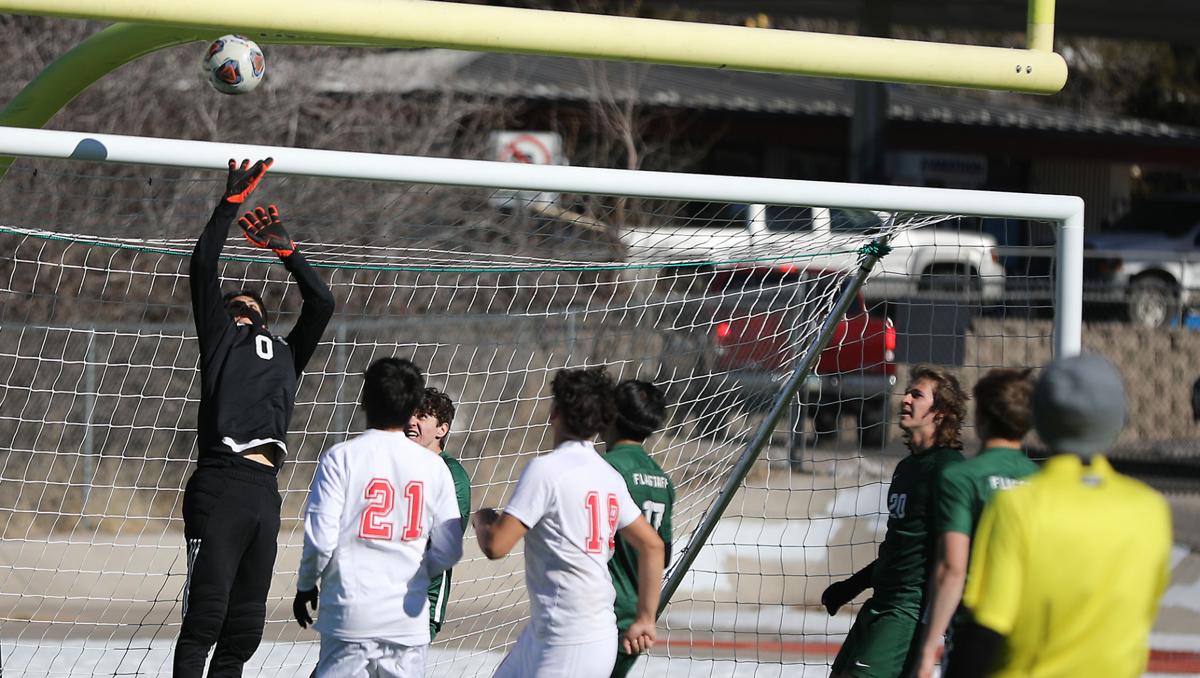 Flagstaff’s Mark Cardenas (0) deflects a Glendale shot on goal up over the net Monday afternoon during his team's home match.

Flagstaff’s Emmanuel De Niz gets his head to the ball Monday afternoon during his team's home match against Glendale.