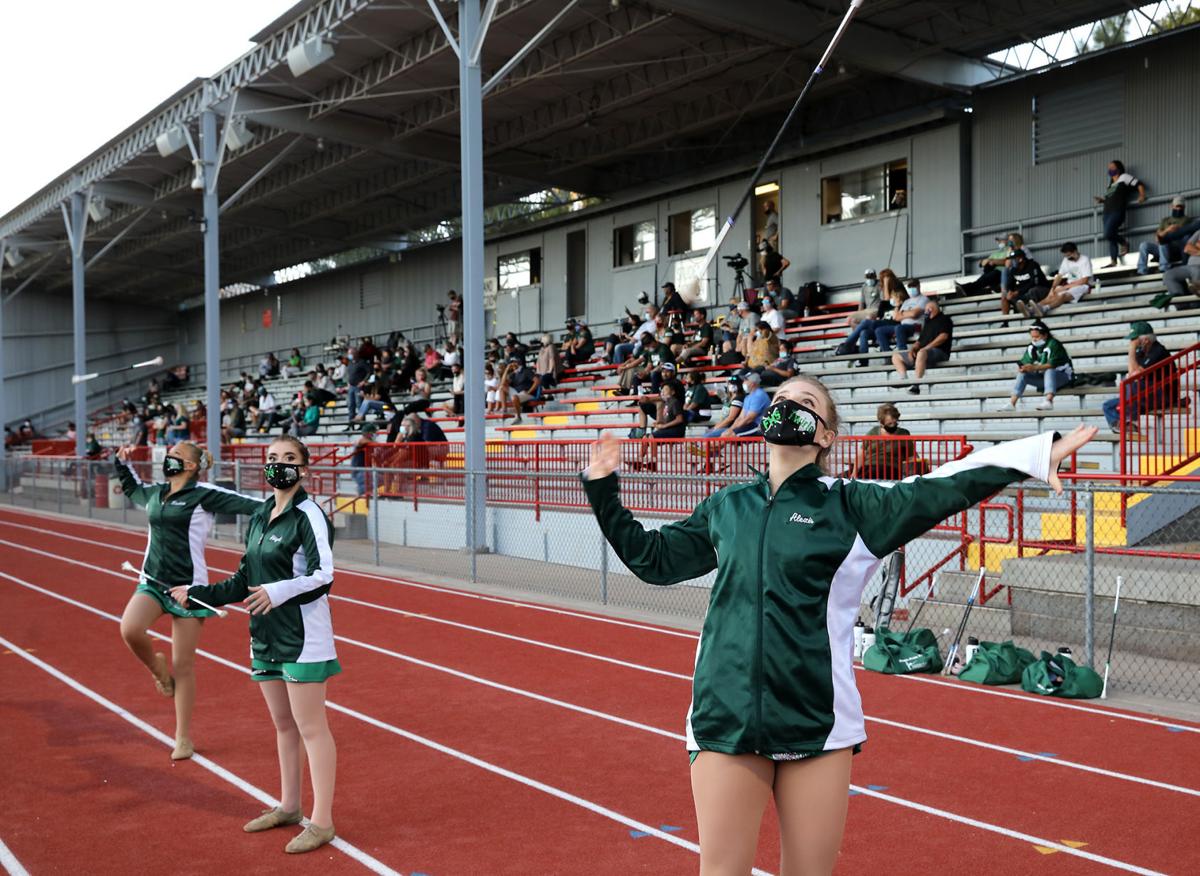 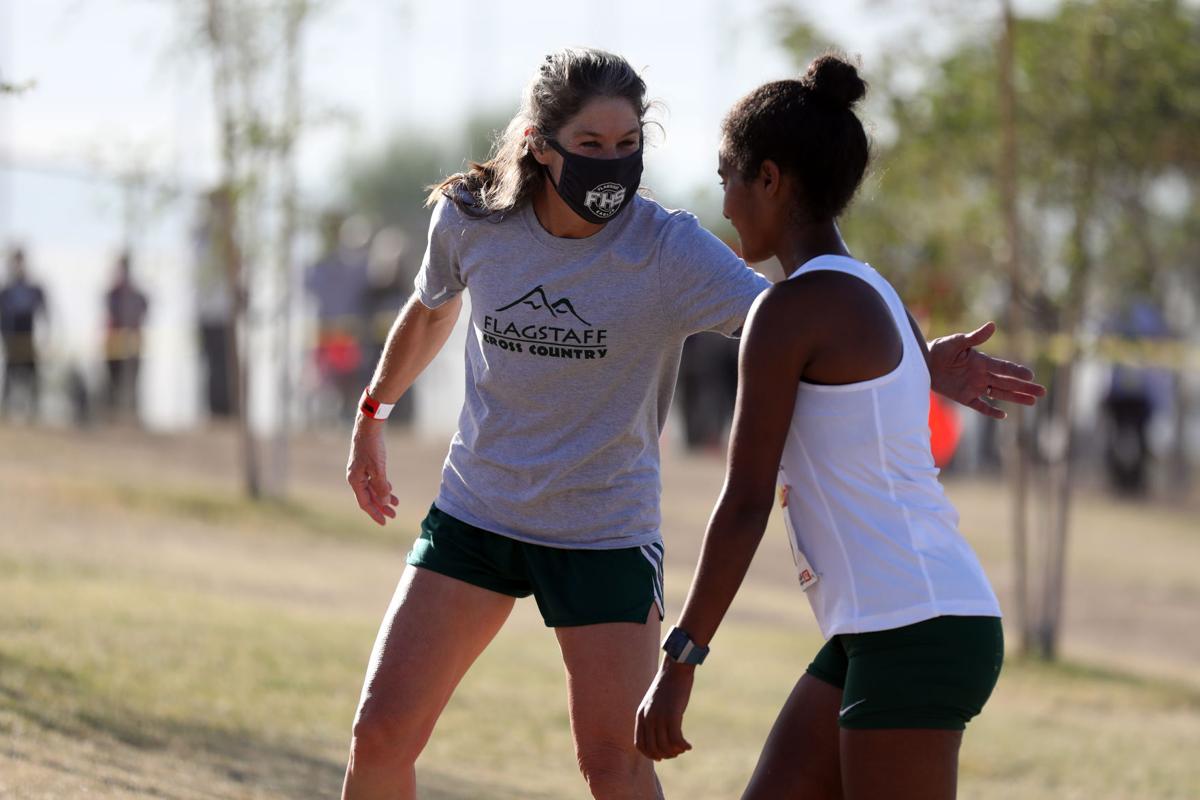 Safe to say the year in high school and local sports was overhauled and drastically changed due to the COVID-19 pandemic.

But there were still plenty of accomplishments seen in Flagstaff. From title streaks staying alive to a win in the U.S. Olympic Marathon Trials, the year was as loaded as always with running taking a front-seat view. Here’s a look at some of the top high school and local sports stories of the year:

No. 1: Sports canceled, halted by pandemic

In an attempt not to overload the following list with just pandemic-related stories, this is all-encompassing regarding the pandemic and local, non-college sports.

The pandemic forced the spring high school sports season to stop before it could really get started. Some teams got just a handful of home games, while the track and field programs didn’t even get a chance to have a single meet.

Meanwhile, not long after spring, the local baseball and softball Little Leagues were forced to cancel the summer tournaments and leagues that mark the summer months year after year.

Another storied summer tradition in Flagstaff, the Flagstaff Summer Running Series, was able to happen but with a different look, going virtual for its entirety thanks to the work of coordinator Neil Weintraub.

Later on, despite the pandemic still devastating the state, the fall high school sports seasons, although condensed, took place for Flagstaff-based schools. There was just one long team-based quarantine, as the Coconino volleyball team missed two weeks because of an exposure near the program.

Racing against a strong field in a weird season didn’t seem to bother the Flagstaff Eagles girls cross country team that much.

Hall took the individual crown in 17:54.6 at the state meet, good for 13 seconds ahead of the second-place finisher, and became the third straight individual girls winner for Flagstaff as she joined her older sister Hana. Flagstaff placed five runners in the top 16 en route to winning its ninth girls title since 2011.

Following Mia Hall’s insane performance, which would have been good for third in the D-I ranks, Eagles head coach Trina Painter said of the young star: “She’s a training machine and a racing phenom.”

Meanwhile, another title was claimed on the girls side. This time, the D-IV Northland Prep Spartans reclaimed the top hardware following a two-year drought.

Northland Prep placed five runners in the top 22 for a low score of 54. Indi Jones in sixth placed overall, the highest for the title-winning Spartans.

NAZ Elite's Aliphine Tuliamuk carried on the strong running tradition of putting Flagstaff on the map with a victory on the big stage, taking first in the women’s 2020 U.S. Olympic Team Marathon Trials to qualify for the Tokyo Games and became the first Olympian produced by NAZ Elite.

Tuliamuk clocked a 2:27:23, battling Molly Seidel down the final stretch to the finish line for the tightest finish in the Trials history. She and NAZ Elite teamed up in 2018 looking to make her a better marathoner. Her win came days before the pandemic shuttered the world of sports for the next few months.

The Flagstaff girls cross country team wasn't the only dominant program that kept an impressive streak alive in 2020.

For the fourth straight season, the Northland Prep girls soccer team won the 2A Conference state title in dominant fashion, 5-0, over St. Johns. Once again, just as the program has done over the past four years winning a combined 75 matches, no one was close to the team all year.

Winning the state title also kept other wild streaks alive for Northland Prep. The Spartans have won 40 straight matches dating back to a 2018 loss to Chino Valley. Since 2017, the program has lost just once in 76 matches.

It was a wild state tournament run for the 4A Flagstaff Eagles girls soccer team.

A team of 13 underclassmen weathered four post-regulation matches in the state tournament on the way to a 4-2 title victory decided on penalty kicks. The Eagles took their first championship since 2011 with the exciting run through the 4A tourney that was full of close calls and exhilarating finishes.

Most of the roster is expected to return for another season, giving the Eagles plenty of confidence heading into whatever the 2021 winter season brings.

While the Flagstaff and Northland Prep girls cross country teams came out on top, a trio of other cross country squads nearly got there as well.

The D-II Flagstaff boys team placed second behind champion Gilbert, as the Eagles saw their run of five consecutive state titles come to a close in 2020. Max Davis capped off a strong high school career with a runner-up finish.

At the D-III level, a young and upstart Coconino Panthers girls program almost got a title a bit ahead of schedule. The Panthers finished second at state, just three points behind champion Salpointe as the Panthers took their best finish since 2017 -- a year that capped off back-to-back silver medal finishes for the program.

The D-IV Northland Prep boys nearly brought the first-place trophy back as well, finishing for bronze at the 2020 state meet at Crossroads Park in Gilbert.

No. 7: Back to the postseason

For the first time in 15 years, the Coconino and Flagstaff football teams both made the postseason during the same year.

Coconino finished the condensed regular season at 7-0 before it eventually won its first postseason game in 20 years with a win in the play-in round over Estrella Foothills. The Panthers lost to eventual state runner-up Cactus in the quarterfinals.

Flagstaff, which went 4-3 in the regular season, made a trip to the postseason for the first time since 2007. The Eagles earned the No. 12 seed and were routed on the road at American Leadership Academy-Queen Creek in the play-in round.

At the end of the season, Flagstaff also saw head coach Todd Hanley announce he is stepping down due to personal reasons following just two seasons with the program. Meanwhile, Panthers head coach Mike Lapsley finished his second season with the team with a second trip to the postseason and a 16-1 regular-season career record and a 1-2 postseason record with the Panthers .

Coconino Panthers running back Zach Bennett had himself a decorated high school career -- and that could be an understatement.

Bennett was a key part of the Panthers’ resurgence the past three seasons, and his workload on the ground was another part of it all.

Bennett became the program’s all-time leading rusher in a win over Mingus Union as he finished his career with 4,130 yards. He also holds the program’s records in career carries, yards per game and rushing touchdowns -- along with nine other individual records to his name.

While there is plenty to debate about Bennett’s standing among the top backs in school history, he is undoubtedly leaving as one of the most prolific backs with his career numbers.

No. 9: Martin Reyes steps down

Following a 105-48 career record as the head coach of the Coconino girls basketball team, Martin Reyes stepped down following the end of the 2019-20 season. Reyes spent five years at the helm of the program, which produced Northern Arizona women’s basketball star guard JJ Nakai among other talented players.

Reyes never had a losing season at Coconino, including four seasons of 20 or more wins.

Following a dominant 18-0-2 regular season, the Flagstaff Avalanche club hockey team took home the Arizona High School Hockey Association D-II title with a 1-0 win in February. Because high school hockey is not a sanctioned sport by the Arizona Interscholastic Association, the Avalanche were full of athletes from both Coconino and Flagstaff high schools, among other northern Arizona schools.

City of Flagstaff Year in Review: A pandemic and pension policy

With restrictions still in place, the year inside and out of city hall was dominated by COVID-19. But between business closures and mask manda…