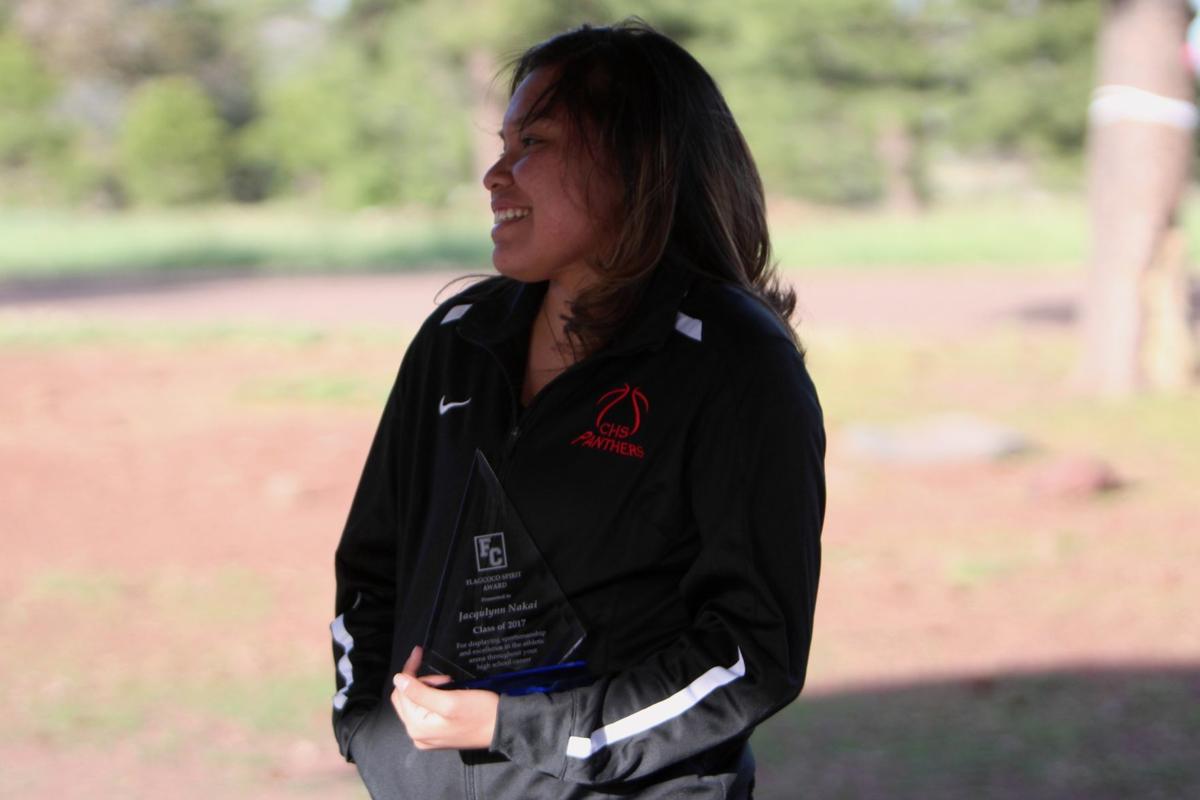 JJ Nakai speaks after being awarded one of the Flagcoco Spirit Awards at Buffalo Park in 2017. 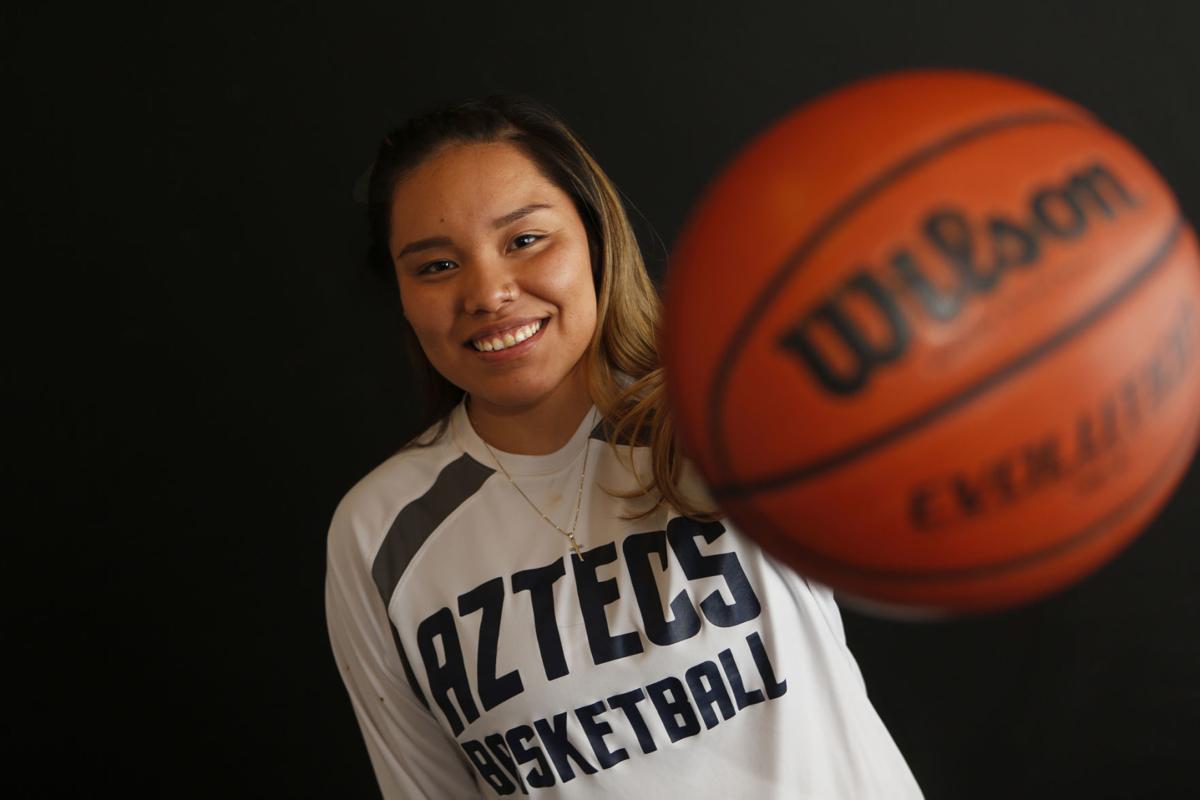 A former high school hoops star who used to light up scoreboards as a member of the Coconino Panthers has made the decision to take her talents to Northern Arizona University, where she'll close out her college career.

Lumberjacks head coach Loree Payne made it official Wednesday that JJ Nakai would be suiting up for her women's basketball team.

Nakai, who is coming off a season with Nevada, has one year of eligibility remaining entering the 2020-21 season. The guard averaged 3.8 points per game during her lone season with the Wolf Pack and played an average of 14.3 minutes, normally off the bench.

"I felt like it would be the best decision, so I went with NAU," Nakai said Wednesday during a phone interview with the Arizona Daily Sun.

Nakai started just one game at Nevada. She arrived there after an impressive two-year stint with Pima Community College, during which she set school records in total career points at 1,397 and career assists at 442. While at Pima, the 5-foot-7 guard became the first-ever Aztec player to be named to a Women's Basketball Coaches Association list, receiving honorable mentions her freshman year.

A former coach played a role in where Nakai would end up for her final year of competing on the college hardwood. During her season with Nevada, Nakai said, she wasn’t feeling that the school was a good fit, and that “things were not going as planned.” Her former Pima coach was there to hear it all.

"My JUCO coach actually keeps in touch with me; he’s like a second dad to me,” Nakai said. “He asked how things are and whatever, and I told him everything. He said if things are not going as planned and if you are still feeling the same way you do, I can -- because he knows a bunch of coaches -- that he can get in contact with people and help get the recruiting going."

She also received NJCAA Division II All-American honors while with Pima, where she shot 41.5% from 3-point range and recorded a total of 151 makes from beyond the arc. Her career nine ACCAC D-II Player of the Week awards surpassed former Aztec Sydni Stallworth's mark of eight.

"We're obviously really excited to bring JJ home," Payne said in a release Wednesday. "We've been recruiting her the past couple of years -- first out of Pima -- and she made the decision to go elsewhere, but we're excited that she wants to come home. She is a flat-out scoring point guard and she can play an up-tempo offensive style. That'll fit in perfectly with what we want to do here. For her to finish out her career in her hometown in front of her family and friends, it'll be special for her and our program."

The move comes after Northern Arizona had one of its best season in years.

The Lumberjacks tallied the most wins this season since the 2006-07 campaign and were 12-8 in Big Sky Conference play -- the second-most conference victories ever for the team.

Nakai was named the Arizona Daily Sun Girls Basketball Athlete of the Year twice during her high school career with the Panthers, who reached new heights during her time with the program. For the first time ever in the 2016-17 season, Nakai's final with the Panthers, the Coconino girls hoops squad spent time as the No. 1 team in the 4A Conference before going on to win the Grand Canyon Region title.

The decision to make the move to NAU, Nakai said, was made about a week and a half ago. Playing in front of her large family and home crowd in Flagstaff once again seemed appealing.

“That was a big factor, having that home crowd, having everybody be able to watch me and have my family be there. Basically, they will be there at every single game," Nakai said.

It's also a chance to be closer to her tribe.

"Having all the different kind of support," Nakai said. "Just doing this for my hometown my last year, it will be a great thing to have.”

Flagstaff should be happy to have her back, too.

Northern Arizona women’s basketball added welcomed depth as well as a hint of local flair following the finalization of its 2020 signing class.

JJ Nakai speaks after being awarded one of the Flagcoco Spirit Awards at Buffalo Park in 2017.