Become a Member
Read Today's E-edition
Share This
High Country Running: Flexibility is key to running the Arizona Trail
0 comments
Share this
1 of 4 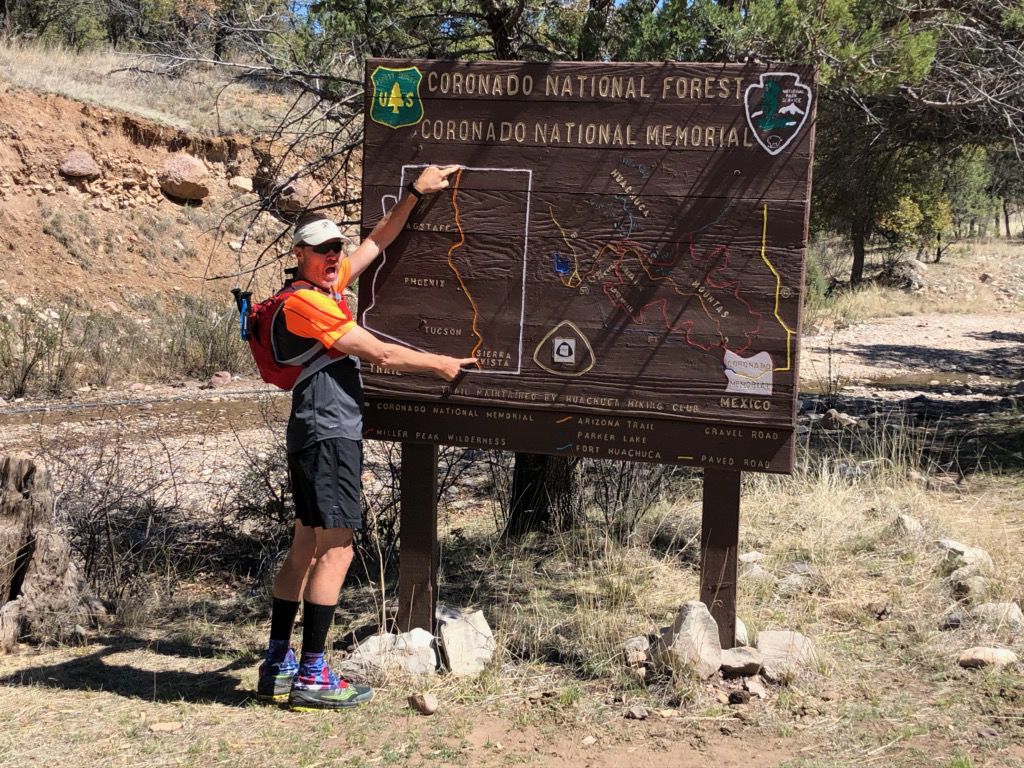 Larry Phoenix started out to run the 800-mile Arizona Trail from south to north on April 1. 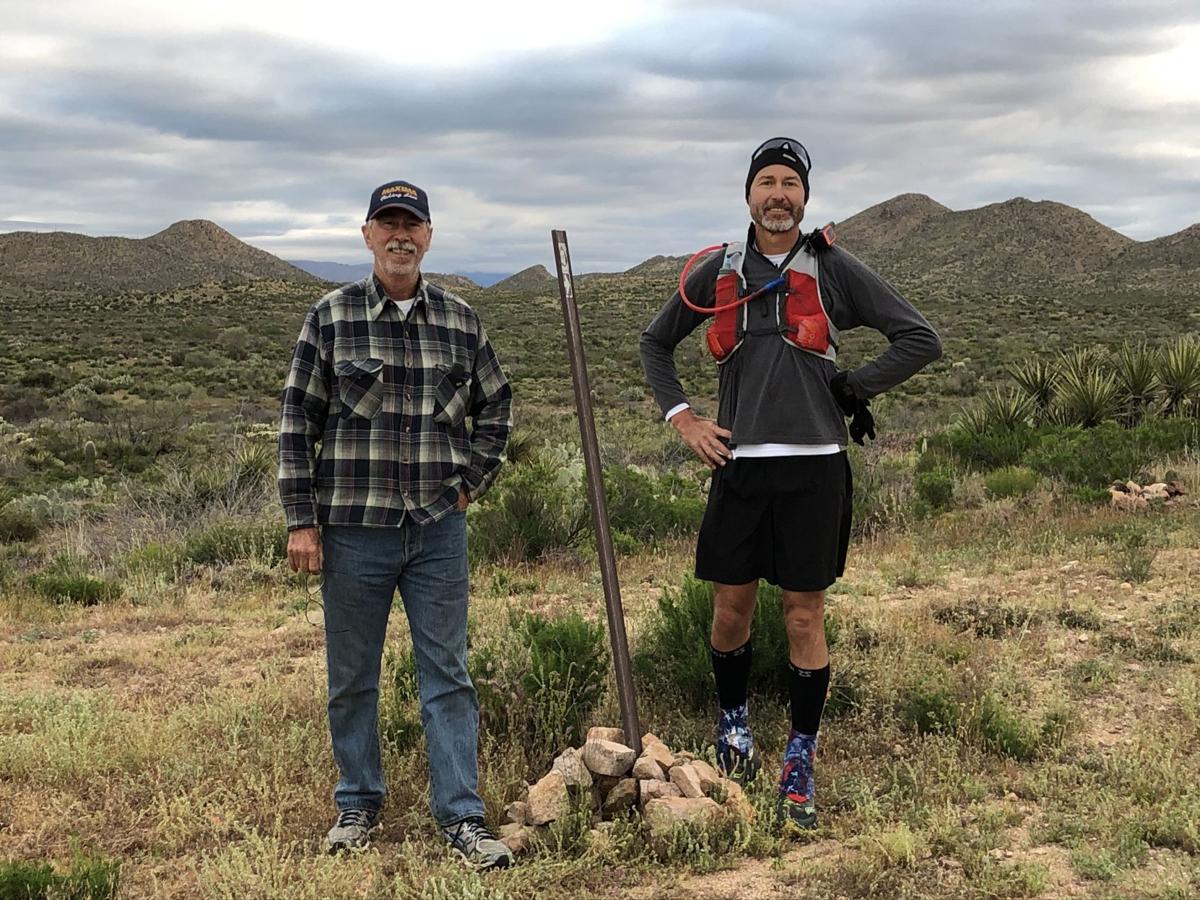 Ted Phoenix (left) has been Larry Phoenix’s (right) essential support crew through throughout Larry’s life and especially now as he runs the Arizona Trail. 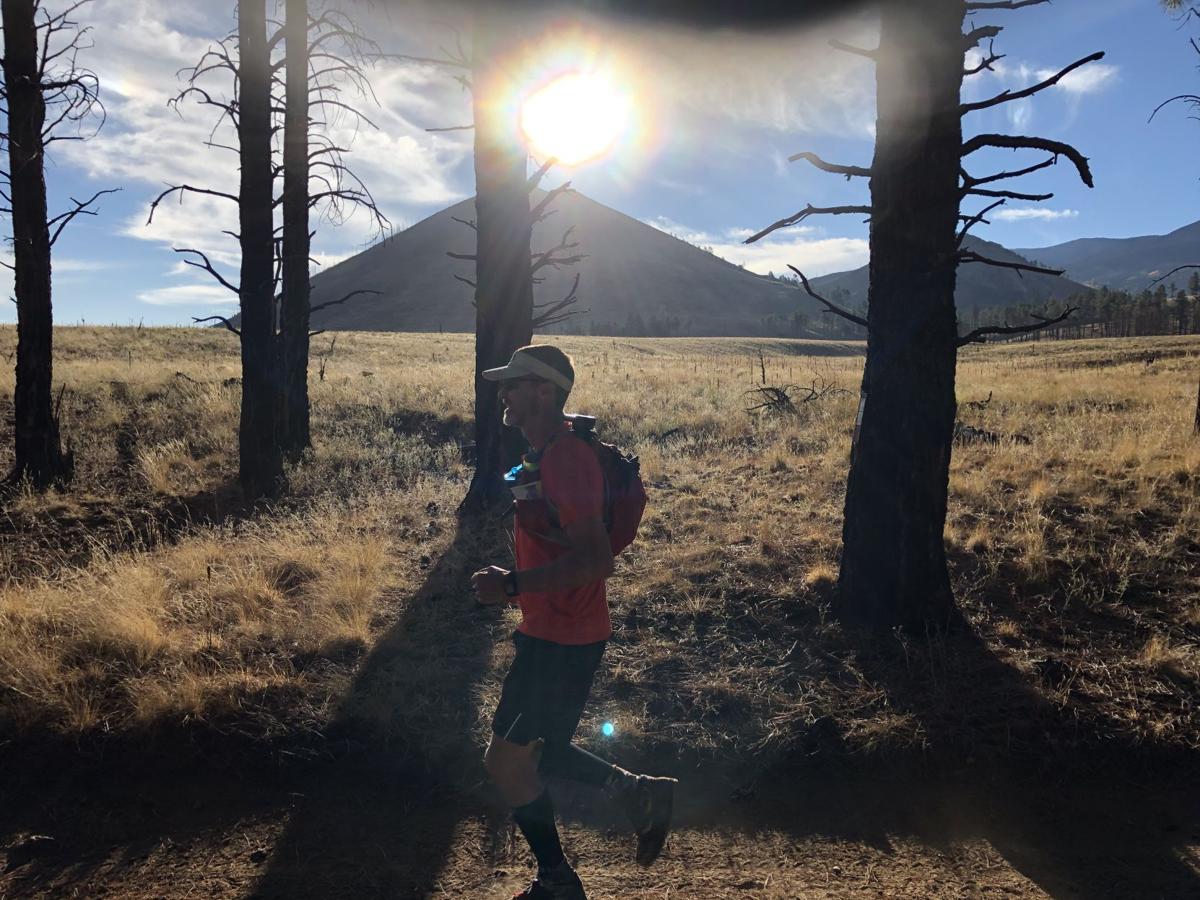 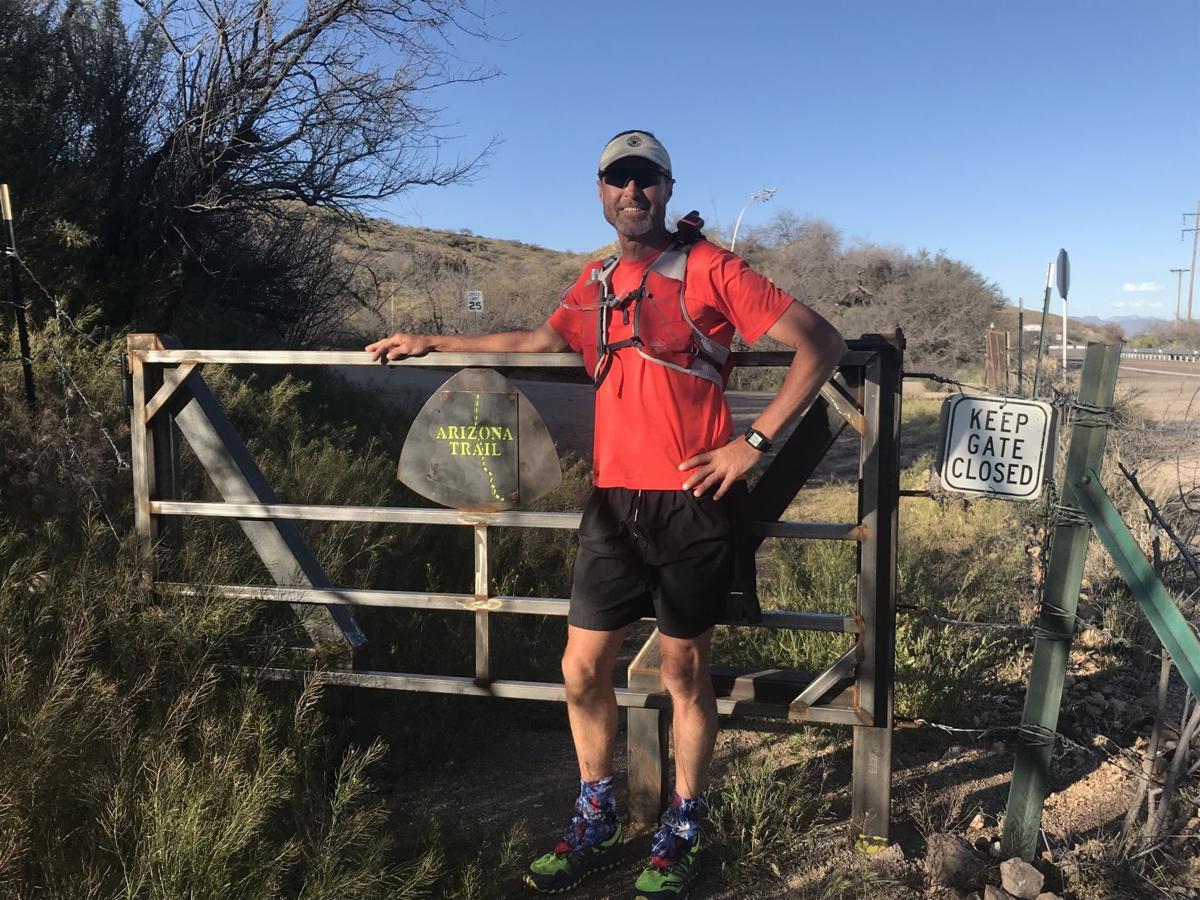 Larry Phoenix is enjoying his Arizona Trail run despite the fact that “the AZT doesn’t go around anything; it goes up and over everything.”

Larry Phoenix is on a quest to run the 800-mile Arizona Trail.

Now the regional supervisor at the Arizona Game and Fish Department’s Kingman office, Larry spent 22 years as a field supervisor here in Flagstaff. I met him through work, but we bonded at Tuesday night Team Run Flagstaff workouts. As we warmed up, Larry told me inspiring stories about his goal of completing the World Marathon Majors (Boston, New York City, Chicago, Tokyo, London, Berlin).

He has three down and three to go. Now, he’s inspiring me with this new goal — and with the way he’s overcoming challenges to achieve it.

He started out on April 1 with the goal of completing the entire trail from south to north at one go. On Day 8 at 301 miles up the trail, though, he faced a tough decision. He’s never had shin splints before, but he had them then.

“There’s a lot of up and down on the trail in southern Arizona that may have caused it. The AZT doesn’t go around anything; it goes up and over everything," he said. The pain was so bad he couldn’t walk downhill.

“I called Nick Arciniaga with my story,” Larry told me. “Nick said, 'You have two choices: run with the pain or stop.'”

Facing the reality that another 500 miles of trail awaited, Larry made the tough decision to call off his through-running attempt.

Like many runners, though, Larry does not give up. While his shin healed, he reframed his challenge. The new goal was running the trail south to north in segments. He returned to the trail Oct. 1, picking up right where he left off at the Picket Post Trailhead. On Day 2, he ran a 30-miler with fellow Game and Fish officer Jesse Baker through the Superstition Wilderness. It was 105 degrees.

“I drank 5 liters of water and lots of electrolytes, but the heat was too much,” he said. “I cramped all the way from my toes to my abs, and my hands looked like this.” He cheerfully twisted his fingers into claws to demonstrate. “When we got out of the wilderness, basically all I could do was curl up in a ball by the side of the road and wait for the ambulance.”

After his visit to the Payson hospital and three liters of IV fluids, he was a new man.

The Arizona Trail was once again calling on Larry to be flexible. Given the heat, he took Oct. 3 off. The team moved north to Pine Trailhead on the Mogollon Rim. Over the next week, Larry ran 250 miles, finishing just east of Tusayan before he had to go back to work.

He remains both cheerful and philosophical about the challenges.

“First I wanted to do the AZT as a through-run, but that didn’t work," Larry said. "Then I wanted to do it consecutively, but since I skipped a section in the desert, I can’t. My goal now is to finish the trail within one year, but my commitment is not to hit the Utah state line until I’ve gone back and done the desert section that I missed.”

I asked Larry what’s made his Arizona Trail experience special. One reward is the wildlife sightings, including a mountain lion on Mount Lemmon, black bears in the San Francisco Peaks, desert tortoises, deer, elk, bald eagles and “a handful of very scared rattlesnakes.” He also told me the wildflowers were spectacular in southern Arizona.

“It’s just amazing to be out there running,” Larry said. “When someone else runs with you, that’s one of the coolest parts.”

Many of those who’ve run with him are from Game and Fish or the Flagstaff running community. Neil Weintraub joined the fun two days in a row. Others created memorable moments, such as when Flagstaff-based wildlife manager Luke Apfelt (who was tracking Larry’s progress on a GPS app as Larry ran with Larry Hendricks) “sprinted across Anderson Mesa to scare the bejeezus out of us.”

The trail has been a bonding experience for Larry and his crew, comprising girlfriend Tiffany Finke and Larry’s dad, Ted Phoenix.

“My dad has always been a runner, so I’ve been one since high school," Larry said. "We’ve run a couple marathons together as well. And Tiffany has run more than 150 trail miles with me. Hiking and running is what brought us together, so it’s great to be doing this with her.”

Larry’s plan to finish this quest looks like this: in November he’ll run from Tusayan through the Grand Canyon and to the northern boundary of the national park. In January, he will finish the lower desert portion he skipped. Sometime before April 1 will come the final three-day push from the national park north to Utah.

And if those plans have to change again? Larry will continue to be flexible — and he’ll finish running the Arizona Trail.

What’s your favorite section of the Arizona Trail to run? Send your story (up to 500 words) to coordinating editor Julie Hammonds at runner@juliehammonds.com, and you could be featured in an upcoming High Country Running column.

Larry Phoenix started out to run the 800-mile Arizona Trail from south to north on April 1.

Ted Phoenix (left) has been Larry Phoenix’s (right) essential support crew through throughout Larry’s life and especially now as he runs the Arizona Trail.

Larry Phoenix is enjoying his Arizona Trail run despite the fact that “the AZT doesn’t go around anything; it goes up and over everything.”