A group of five girls, in grades fourth through eighth, spent a recent Saturday morning picking up trash in the forest, working on their respective mountain bikes and riding the Arizona Trail.

The Gear Girls, a girls-only outdoor group, formed in 2017 with the intention of giving young girls a safe space to learn how to maintain their equipment, bike on trails, and become overall more comfortable and competent outdoors, all while spending time with like-minded friends. In the winter, the group does snow sports such as winter hiking or cross country skiing, but mountain biking in the warm months is the main activity when weather allows.

Julie Polovitch, a program coordinator and instructor since 2019, called the group a “unique opportunity” for girls, as there are few, if any, other similar programs around.

“There was a trend where a lot of these outdoor activity groups had mostly boy participants that were coming to them. And then when there were girls, they weren’t staying in the program for various reasons,” she said.

“At my school I would do the boys’ group because there never was a girls’ group, and I was always the only girl or sometimes there would be one other girl there, so it was cool that this exists and I meet other girls that want to bike ride,” added Sydney Crary, 12.

Each Gear Girls season lasts 10 weeks, meeting every Saturday morning to practice the sport, but also do some sort of stewardship project.

Ahead of Saturday’s practice, the girls picked up trash near the beginning of the route they would ride bikes on later. The activity not only helps maintain the pretty forest trail, but also strengthens the bond between each of the group’s participants.

McKenna Marino, 13, has been part of Gear Girls since its inception. She said the group of noncompetitive athletes enjoys helping each other and seeing that everyone enjoys themselves and improves.

While biking ultimately is an individual sport, as each girl is under their own power to pedal up and down hills and through whatever terrain she faces, the Gear Girls stick together on the trail. When crossing roads, the fastest bikers at the front of the pack wait to cross until the entire group is together. Even if it takes several minutes for the more inexperienced riders to catch up, there are no complaints, only encouragement and teaching opportunities.

“It’s awesome how there’s a community to it. There’s no pressure that you have to be able to do something or that you have to go a certain speed. We all support each other to get better,” Marino said. “And then you can take those skills you work on here and do them with other groups or other rides -- which makes me feel a lot more confident.”

Not only has Marino gotten better on her bike over the years with Gear Girls, she said she has also gained valuable leadership practice.

The older, more experienced girls in the group often sign up as junior instructors, who help the newer, younger girls become comfortable on their bikes.

“Some of the skills you work on, I might already know them, but because I’m a junior coach right now I get to help the other girls learn them and that helps me get better too and I enjoy it,” Marino said.

Polovitch, since becoming an employee with Gear Girls, has seen dozens of girls come through program sessions with little to no experience and learn to be capable, strong outdoorswomen. The growth is rapid, just as she hopes participation will be for the “awesome” group will be in years to come.

“A bunch of (the girls) have gotten way better at biking than I am now,” Polovitch said. “Some of them are already part of the mountain biking community, but this allows them a particular opportunity to be with girls who like to do the same things as them but that they might not have met otherwise.”

When Caliah King-Valdez took her first gymnastics class at age 5, she just liked the idea of rolling and jumping around, hitting the trampolin…

Flagstaff High School senior Mayrin Soto is continuing a family legacy as she signed to play soccer at Webster University in the fall. She sig…

The final walk off the field was an emotional one for Marissa Rodriguez.

Coming into the spring 2022 season, Coconino freshman pitcher Kaitlyn Tso had expectations of making an immediate impact at the varsity level.

Russell Woods, the creator of FlagCoco, has celebrated some of the top performers in the rivalry between Flagstaff and Coconino high school at…

The Flagstaff Eagles football team appears to be in an unprecedented spot in the spring, at least compared to recent years.

There was a short break after Coconino football fell to Glendale in the first round of the 4A Conference playoffs in November, but coach Mike …

In May 2009, when the Arizona Daily Sun published the very first High Country Running column, I was living in Phoenix. I had started running a…

Northland Prep Academy junior Lukas Pico never thought he’d be standing atop the medal stand, having earned gold in the high jump at the Divis… 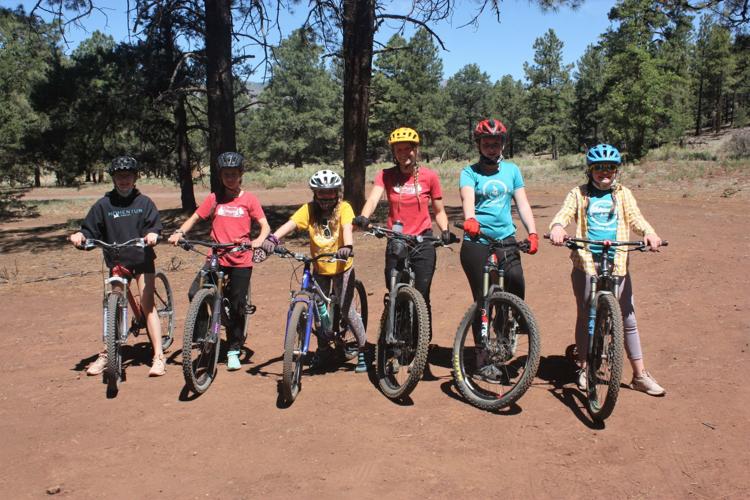 Members of Gear Girls pose Saturday before biking the Arizona Trail in Flagstaff. 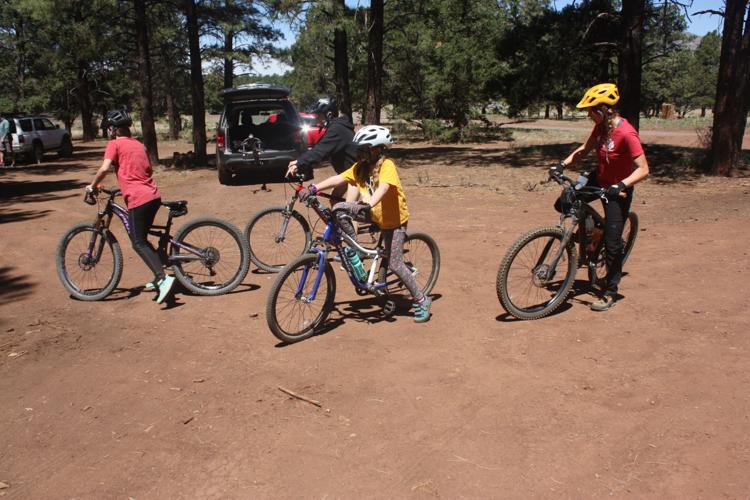