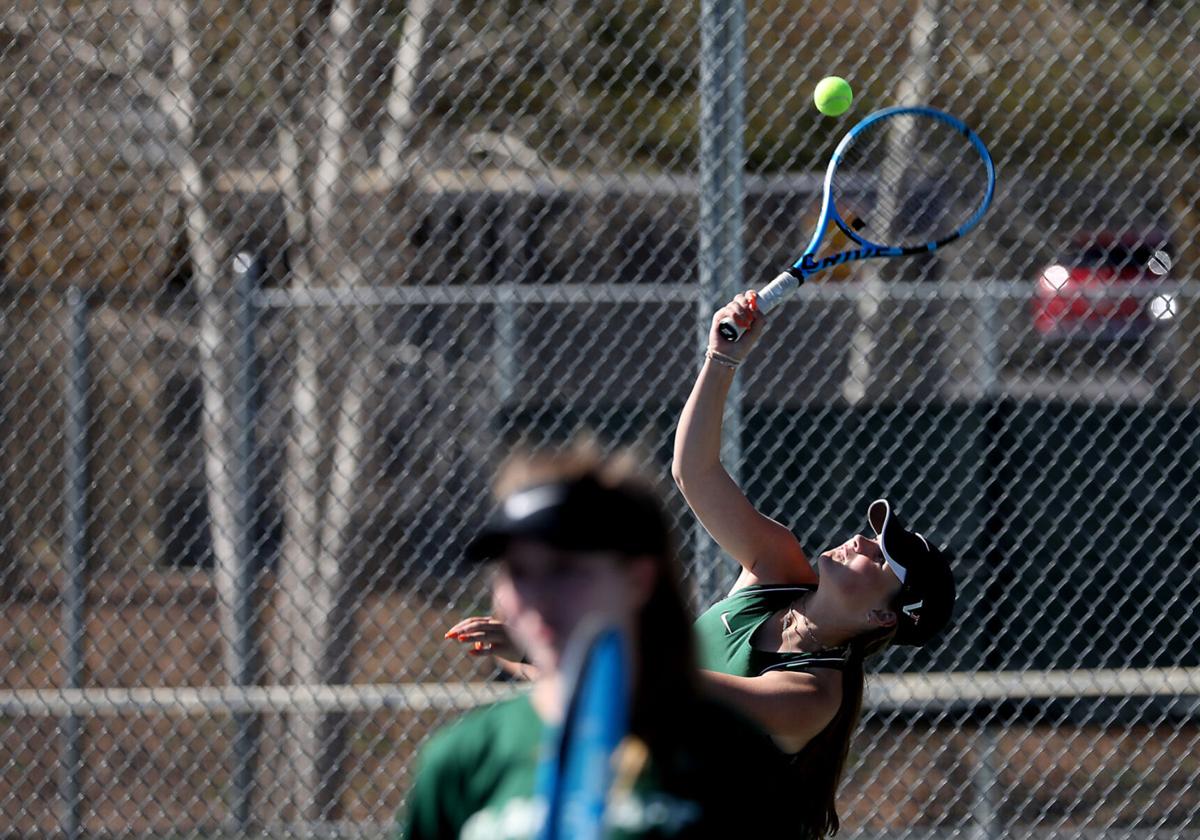 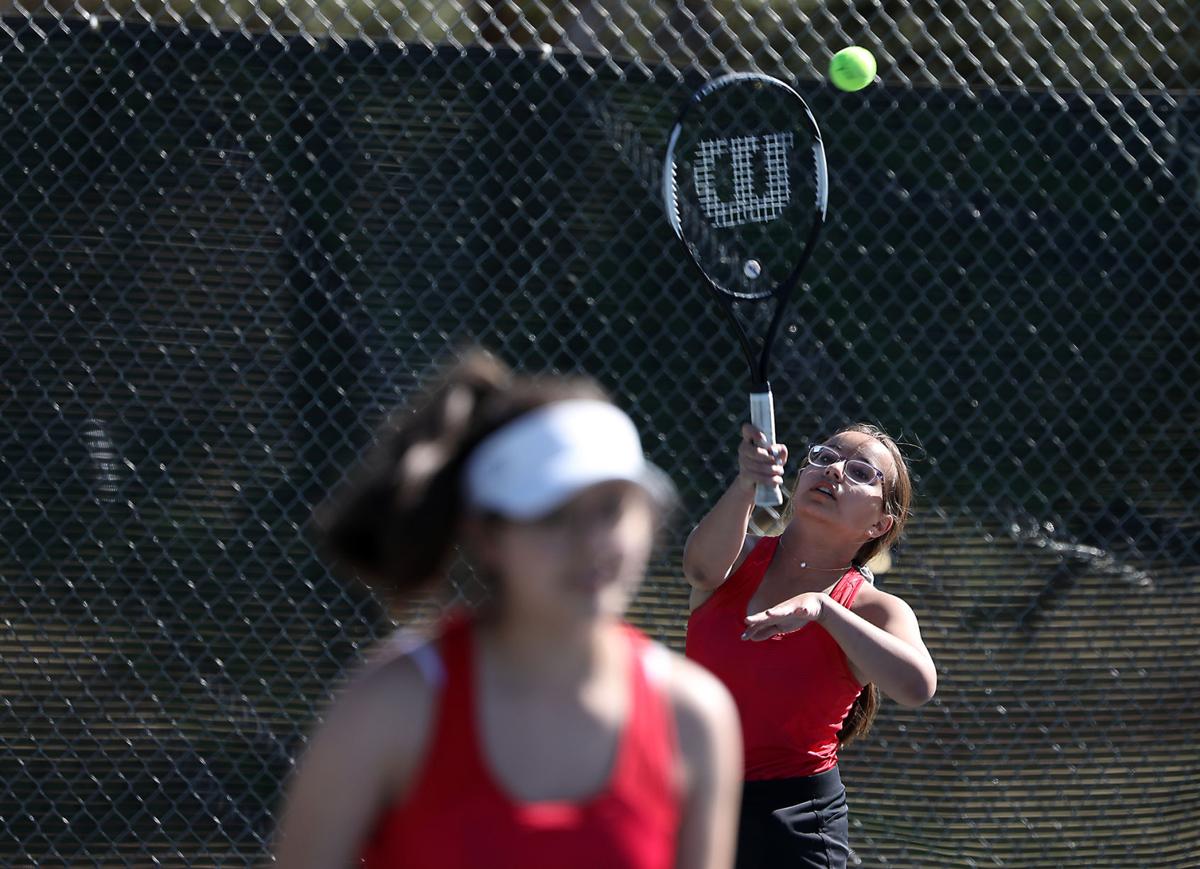 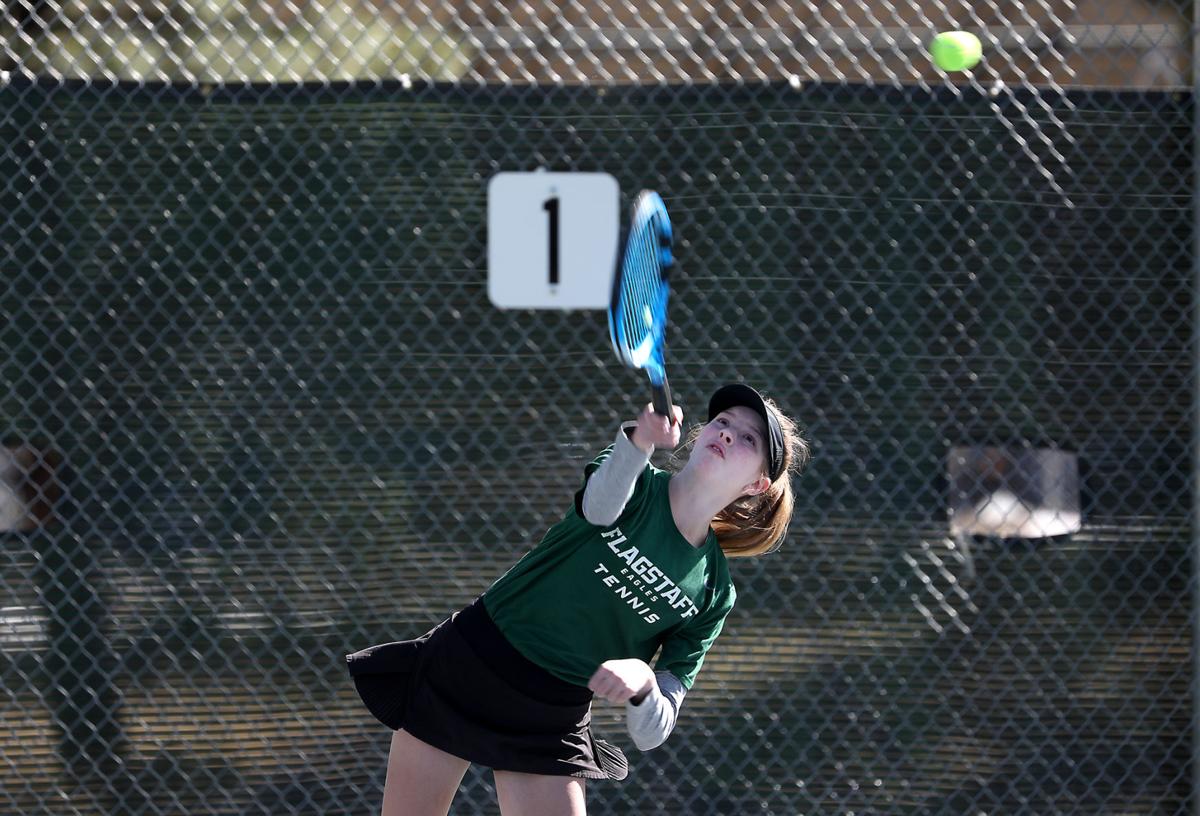 The Flagstaff Eagles girls tennis team ended the season with a victory after suffering a two-match slide, cruising past the Coconino Panthers Monday at the Hal Jensen Recreation Center courts, 9-0, in the crosstown rivalry match.

Jadyn Romero, Abby Ball, Allie Thomas and Catherine Gripp all blanked their opponents for Division II Flagstaff, which finished the spring with a 5-6 overall record and a 4-4 mark in the Section Two standings. It was Flagstaff's first and only 9-0 victory of the season, posting it against a D-II Coconino team that has one more chance remaining to avoid finishing winless.

Eagles junior Brooke Freshour recorded a 6-1, 6-2 win at No. 1 singles against Panthers junior Ellie Johnston, and junior Millicent Holliday figured out Lisa Smith fairly quickly on the way to a 6-3, 6-0 victory at court two.

Freshour and sophomore Romero paired up for 27th-ranked Flagstaff at No. 1 doubles and finished ahead of Johnston and Araceli Arias, 8-4. Holliday and Ball paired up at No. 2 doubles for an 8-1 win over Diana Smith and Maricela Alonzo, and Thomas and Gripp were the victors at No. 3 doubles, 8-2, over Naomi Harris and Shaina Garcia.

Looking to avoid finishing 0-10 for 2021, Coconino, ranked No. 59 as of Monday, will play host again when it takes on 43rd-ranked Mingus Union for a Tuesday match at 3 p.m.

For photos from Monday's matchup between Northland Prep and Page girls tennis, see Page B2. 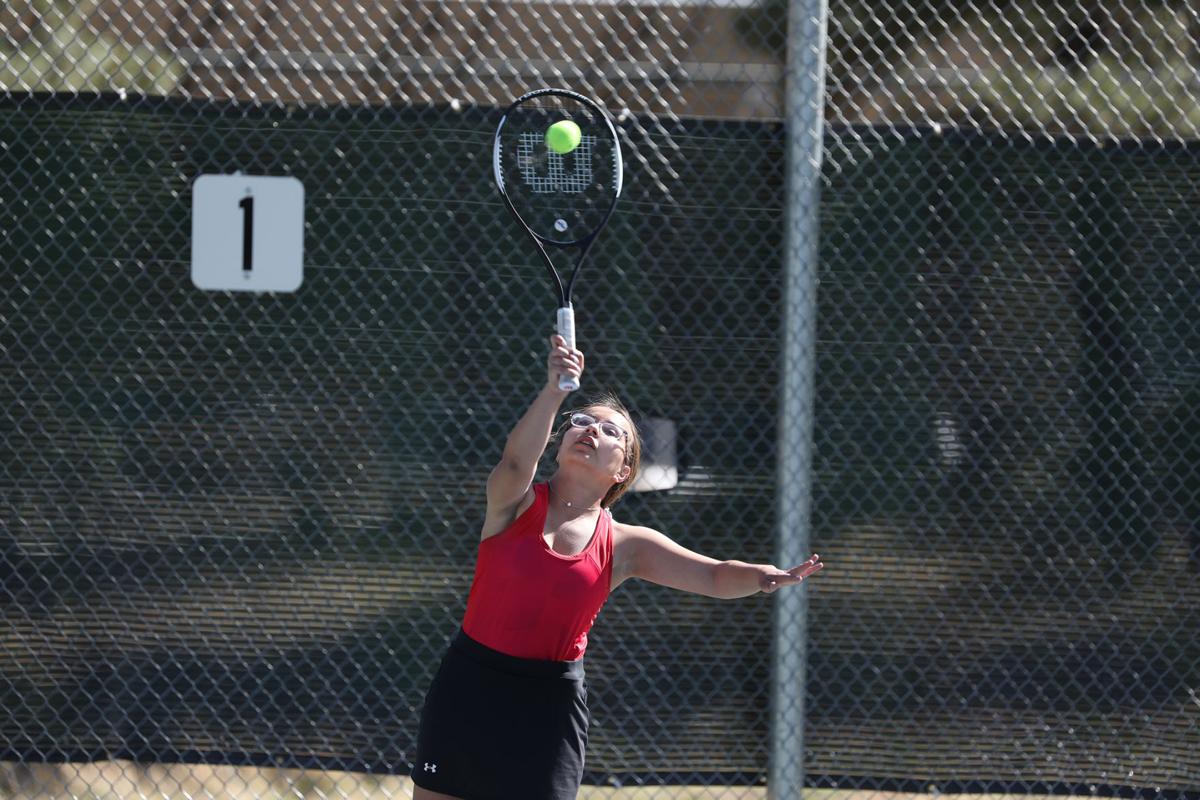