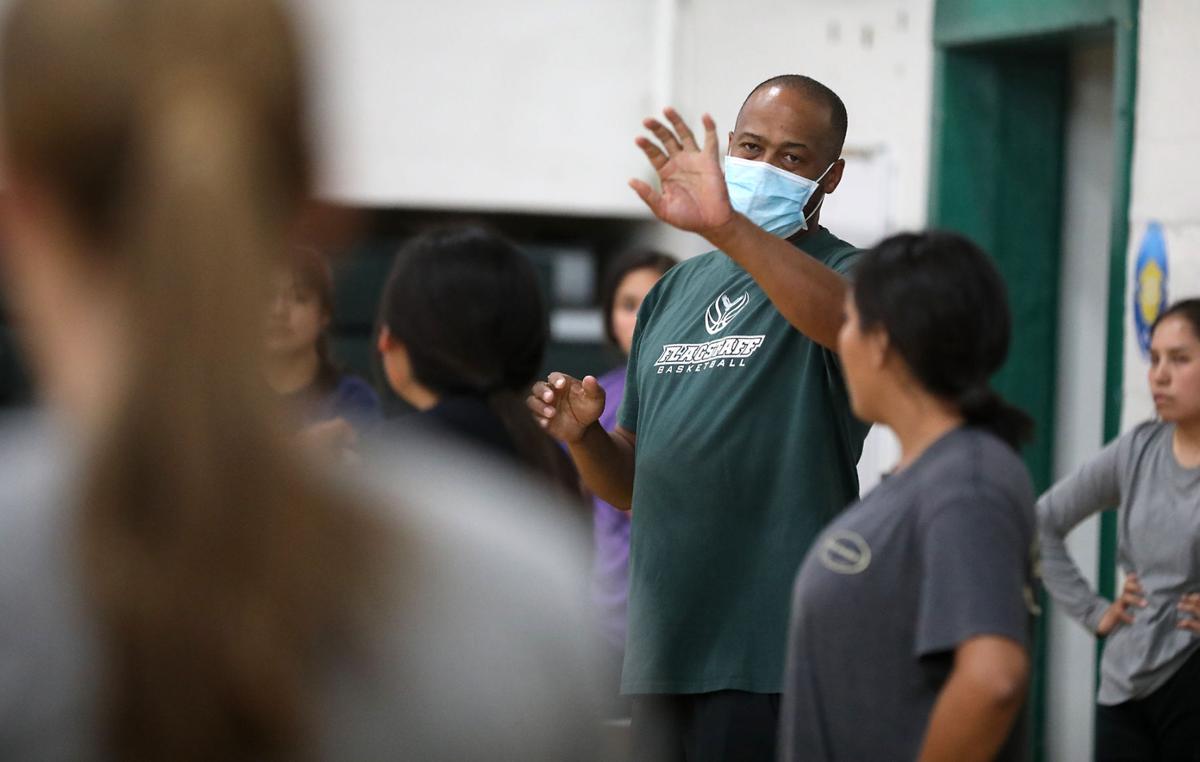 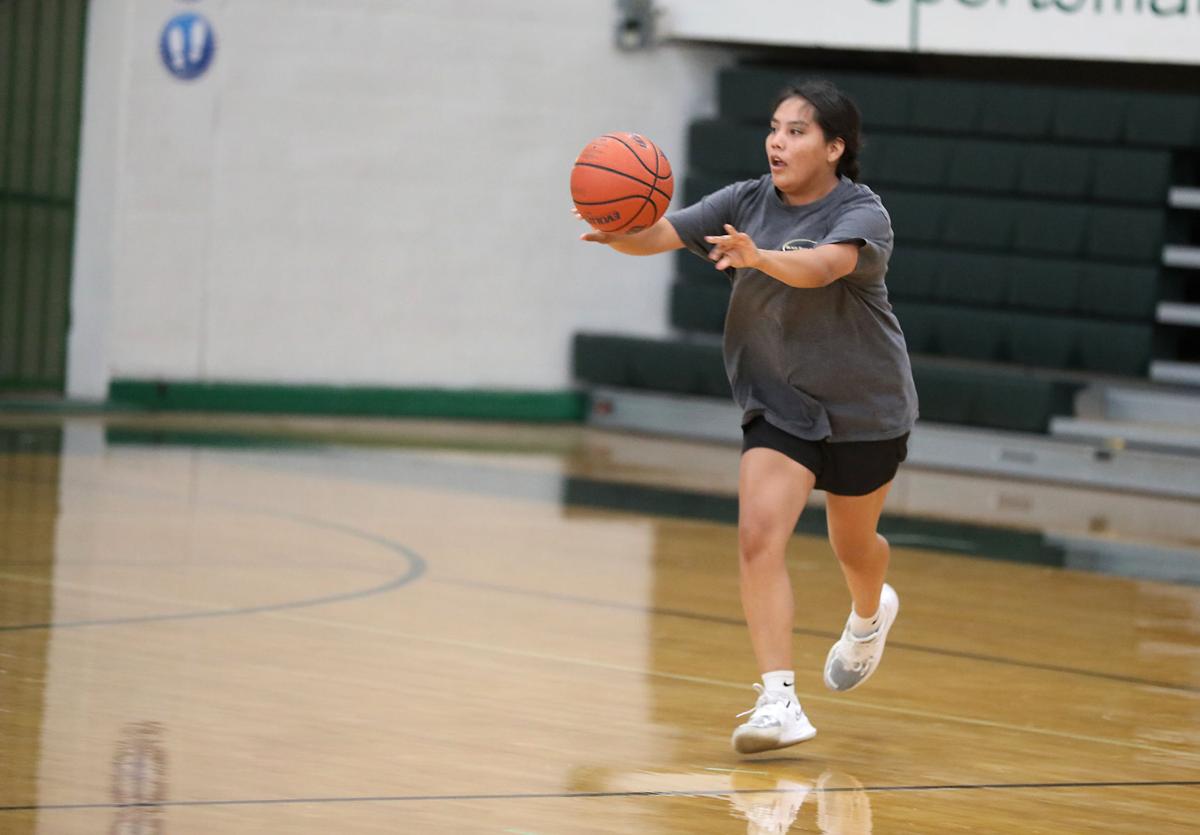 Flagstaff’s Jasmine Redhouse passes the ball during a drill at practice Tuesday afternoon in the War Memorial Gymnasium. 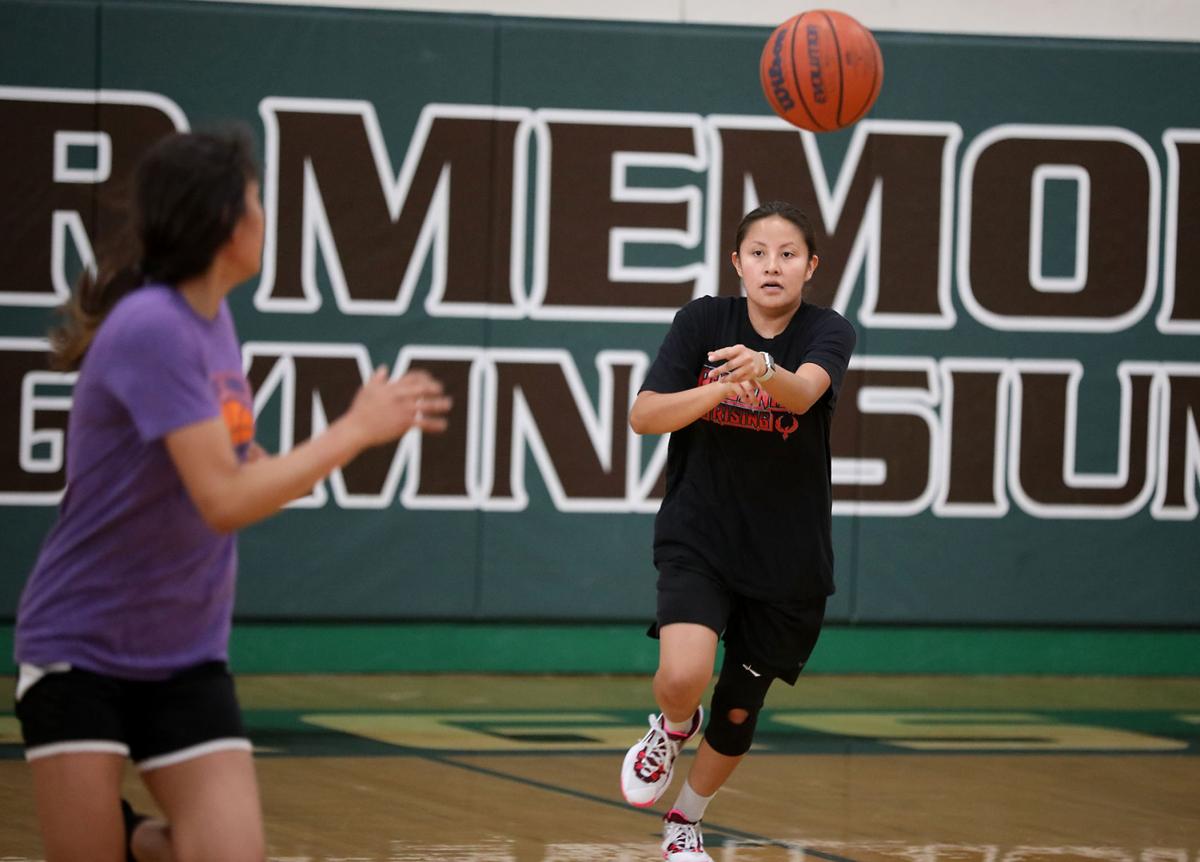 Flagstaff’s Kaitlyn Davis passes the ball during a drill at practice Tuesday afternoon. 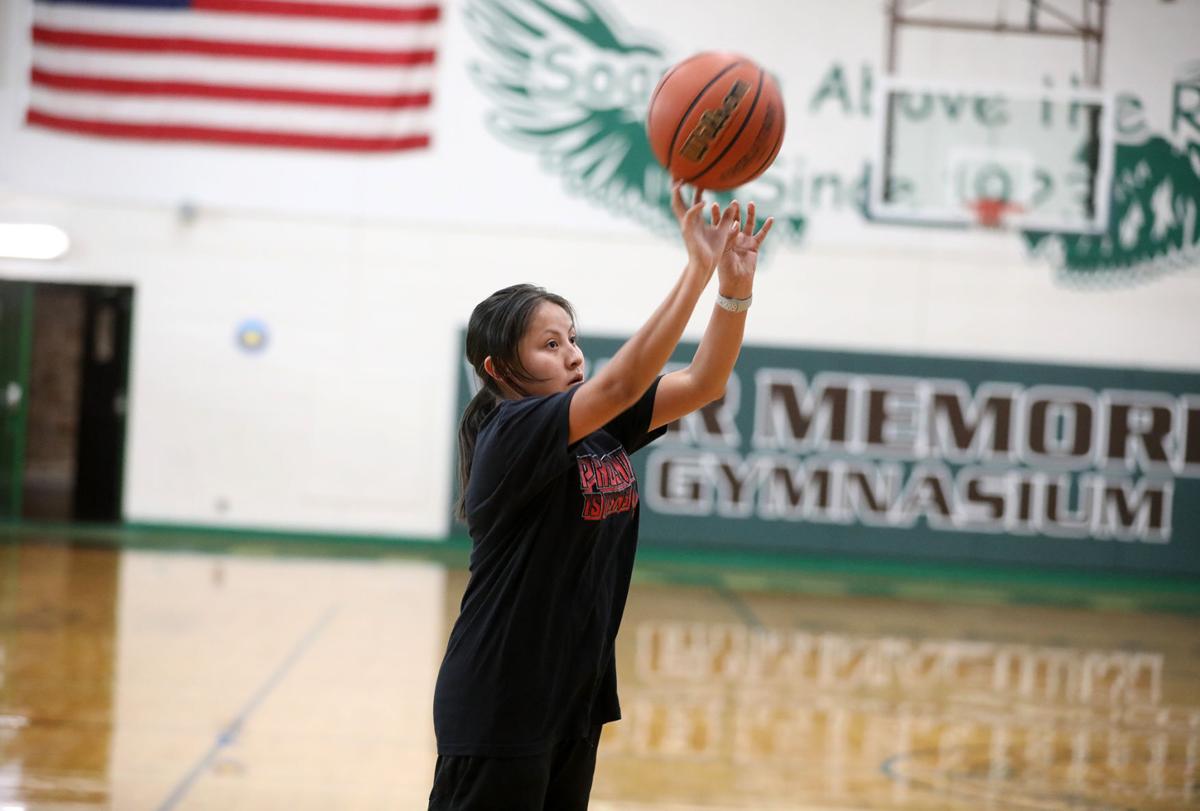 After another successful campaign in the 2020-21 winter season, the Flagstaff Eagles girls basketball team began the first step of the upcoming high school basketball season by beginning its slate of June practices and games this week.

The Eagles went 17-3 and topped the Grand Canyon Region at 11-0. They earned the No. 6 seed in the 4A Conference state championship tournament in March before falling in the quarterfinals.

Most of the top players from that squad are returning to run it back, too. As the 2021-22 regular season approaches, Flagstaff expects nine of its top 10 scorers back in uniform.

While summer basketball, in the past, has seemed a grind for players to spend their time off competing in games and practicing months in advance, there was positive energy at a Flagstaff practice on Tuesday after not having the opportunity to compete last June due to COVID-19 regulations. This session, in which players are all in the gym simultaneously for the first time in several months, promises even higher-level play for a group of players that already knows each other well.

“I think it’s going to be much better this year because we’re more confident, we get this summer time and we’re out of quarantine all the time. It feels more energetic and more of a team feeling,” senior Kaitlyn Davis said.

Eagles head coach Tyrone Johnson has set up several games, and even a summer tournament in Flagstaff next weekend -- fielding quality teams such as rival Coconino, defending 4A champion Seton Catholic, 4A runner-up Salpointe Catholic and others -- further ahead during this month. While games and training sessions will be competitive, the focus will not solely be on winning.

Because the game results do not dictate standings come the regular season, the Eagles coaching staff can experiment with different lineups and strategies without hurting the team’s chances to make the playoffs. They can evaluate the talent in a competitive environment with little risk.

“We’re going to have some times where we just let them play, do some five-out where we see what they can do, how they know their teammates and how they respond to certain situations. Then we can see what it looks like from there for when the regular season starts,” Johnson said.

While those who have grown into leaders will begin to assert themselves, and Johnson will make changes to the team based off of his evaluations in the summer, the longtime head coach believes the Eagles already know their basic identity.

Flagstaff’s roster does not boast as much height and length as some of the teams it will face down the road. The Eagles have to compensate with solid on-ball defense, utilizing quick hands and hustle to make dribbling difficult and closing passing angles.

Senior Jasmine Redhouse said the June period will help in executing the defense. She believes the team will be in better shape when the season starts and the players’ reactions will be quicker.

“You can tell there’s more energy, more hype, so we try to use that because we’re smaller and faster,” she said.

Johnson’s goal is for that defense to translate into points on the other end.

“The best offense to me is when you have a one-on-none fast break at the basket. When we do have to slow it down and play our offense, I want to be able to execute that, but our ideal is getting a steal, getting in transition and scoring an easy bucket,” he said.

More than anything, the Eagles are simply excited to be back together after a long break. Finally past a season wrought with uncertainty in every game and practice, Flagstaff can finally focus on basketball and move slowly toward a sense of normalcy.

“We want to be healthy, and if they bond and get along and we’re healthy by the end of it, I think good things are in store," Johnson said.

NBA plans to start the new season in October

High Country Running: It's good to be home

A temporary relocation to the Phoenix area took me away from the high country for several months this past winter, but I kept up my running ha…

Cassie Schrader, the coach of the Coconino Panthers girls basketball team, did not want June to be the first time her upcoming players were in…

Flagstaff’s Jasmine Redhouse passes the ball during a drill at practice Tuesday afternoon in the War Memorial Gymnasium.

Flagstaff’s Kaitlyn Davis passes the ball during a drill at practice Tuesday afternoon.