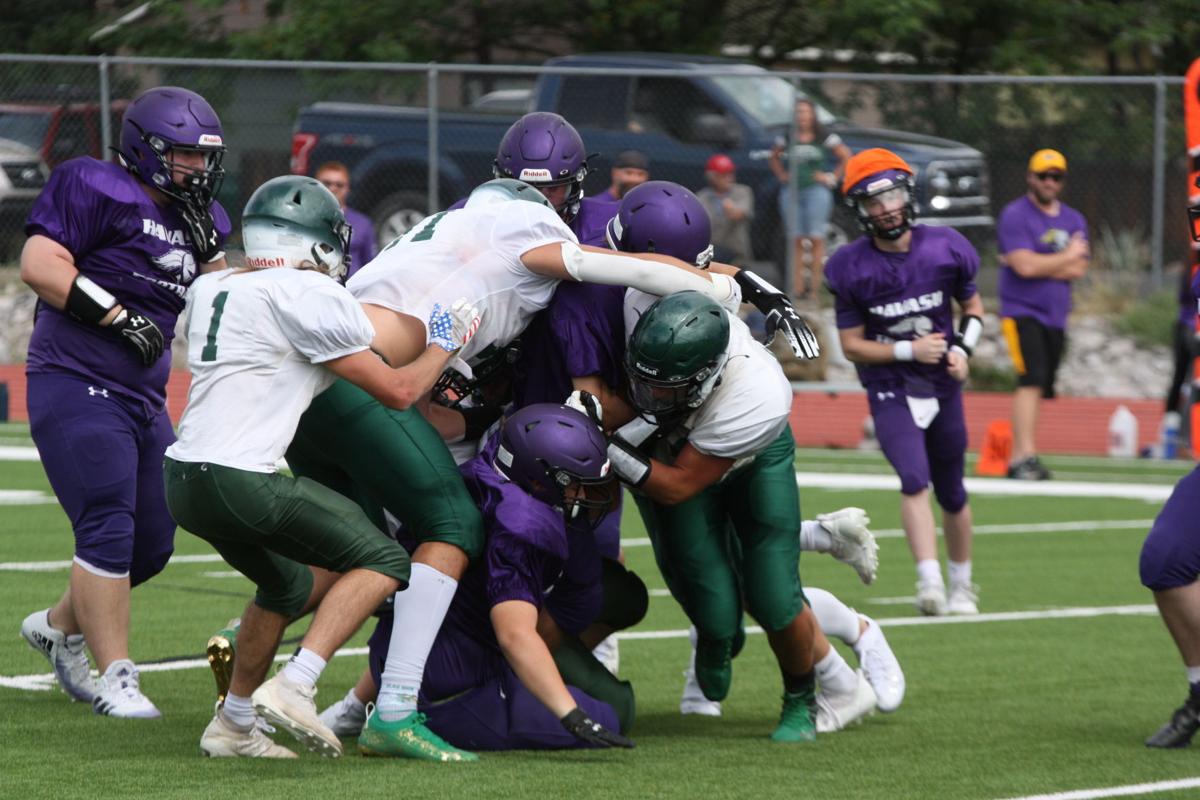 Flagstaff and Lake Havasu's lines clash in the teams' football scrimmage before the 2021 season. 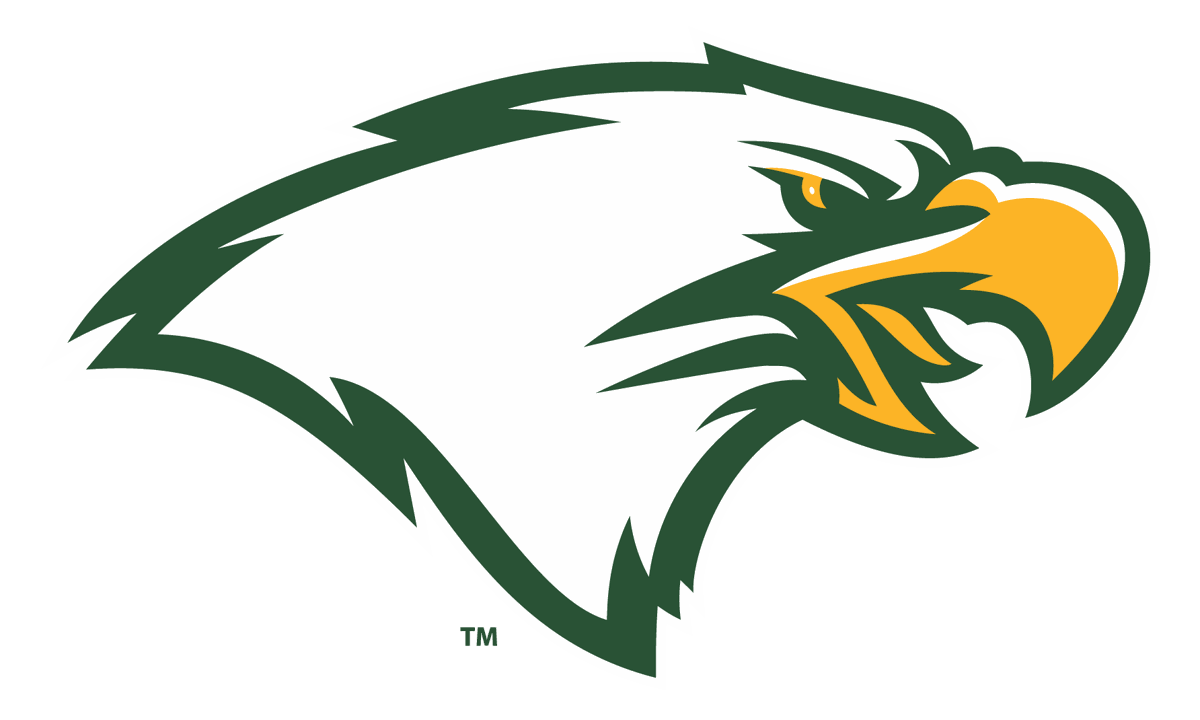 If the Flagstaff Eagles football team leaves Friday’s game -- a road contest at Phoenix Thunderbird -- victorious, the Eagles will have accomplished a start to the season that has not happened since even the oldest Flagstaff players were in middle school.

Senior offensive and defensive lineman Evan Bertelsen said doing so would be a testament to the changes Flagstaff has seen with first-year head coach Sean Manning and his assistants’ new schemes.

“It would be really special. This year with our new offense installed and the defense is still doing the same good job it did last year, and things have been pretty smooth,” Bertelsen said.

Manning was an assistant for several years before taking over the helm following the 2020 season. He has seen both winning and losing seasons from the Eagles in his tenure, and right now is focused on improving and aiming for a solid record and playoff contention at the end of the year.

However, he admitted it would be nice for his players to experience a four-game win streak to start their season.

“It’s about the kids. For me personally, I’m OK if we’re 3-1 but I want it for the kids. They deserve it. They’re working hard for it and want it real bad. But I don’t think they’re even looking at it like that. They just want to win another game,” Manning said.

To do so, the Eagles will have to get past the Titans, who boast their own winning record -- 2-1 after a 24-7 road victory at Amphitheater on Monday. Thunderbird took a major hit with the loss of starting running back Jordan Lahusky, who reportedly tore his ACL and will be out for the season.

Despite their offensive woes, the Titans defense is still intact, led by senior Kyler Mcconnaughy’s team-high 22 tackles and a pair of interceptions from sophomore Brian Costa. The Eagles have averaged 41 points in their three games, led by productive performances from their talented group of skill players.

Manning said much of the credit goes to Flagstaff’s offensive line, though. Under new offensive coordinator Kevin Aguas, the group had to learn a new playbook, and Manning said the group has succeeded thus far.

“We have the same defensive scheme as last year, and for our defensive line we’ve got guys like Nick (Morrow) and Spencer (Smith) who can play those positions, and the other guys know their roles there. But our offensive line was a different story. Both of our tackles didn’t start last year, and being that we have a new offensive scheme, we’ve got new blocking assignment goals and new wrist coaches that they have to use to learn the blocks, they’ve done a really good job,” Manning said.

On defense and special teams, the Eagles had their toughest test last Friday, giving up a season-high 42 points to Mingus and going down by a couple of touchdowns in the first half. But, Flagstaff came back to win 49-42 with a pair of scores in the final minutes of the game against their Grand Canyon Region rival, and walked away victorious.

Bertelsen said the team has worked to improve some of its mistakes in that game, including limiting game-changing returns and long offensive plays. The fact that the Eagles still are undefeated, even after a tough outing, is promising though.

“It was a wake-up call for sure, because we didn’t expect to be down by that much. It just shows we’ve got to execute better. We got it done in the end though and got out of it against Mingus -- which means a lot,” Bertelsen said. “Now we just keep moving forward from here.”

Kickoff between the Flagstaff Eagles and Thunderbird Titans is scheduled for 7 p.m. Friday at Thunderbird High School.

Flagstaff and Lake Havasu's lines clash in the teams' football scrimmage before the 2021 season.