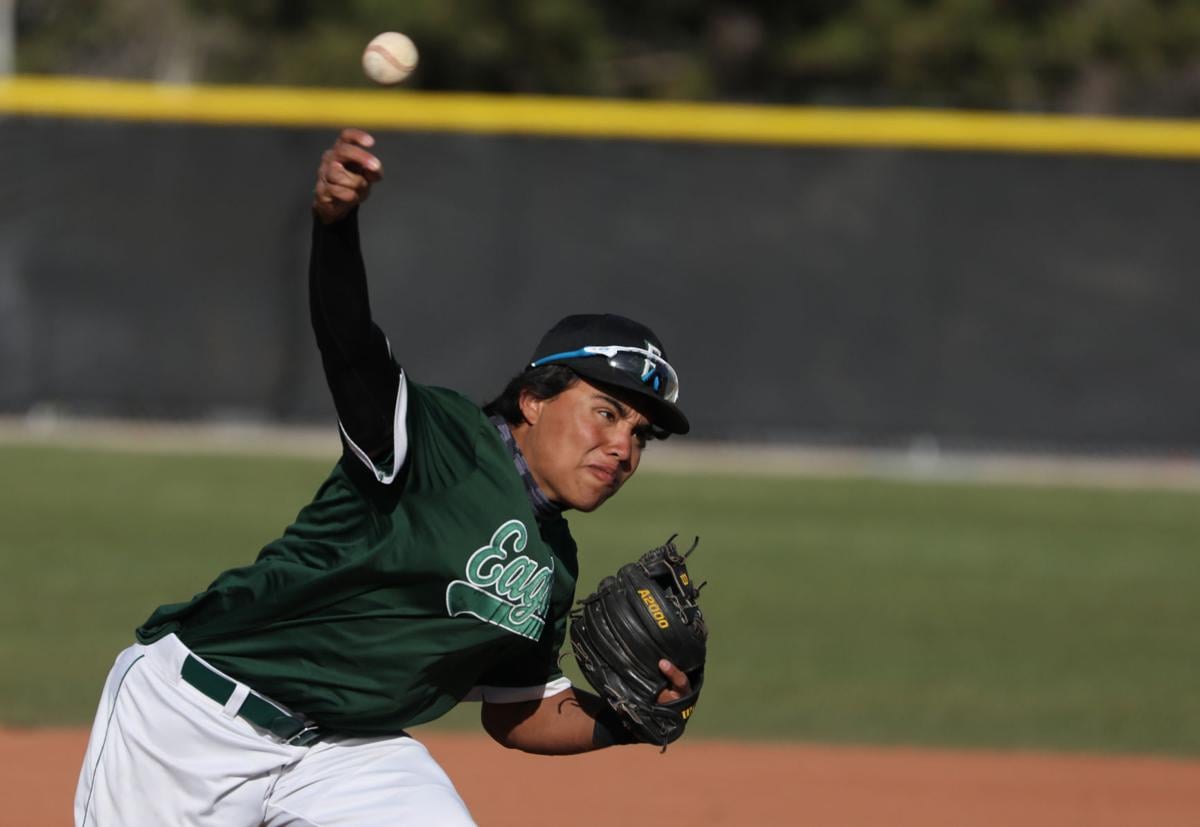 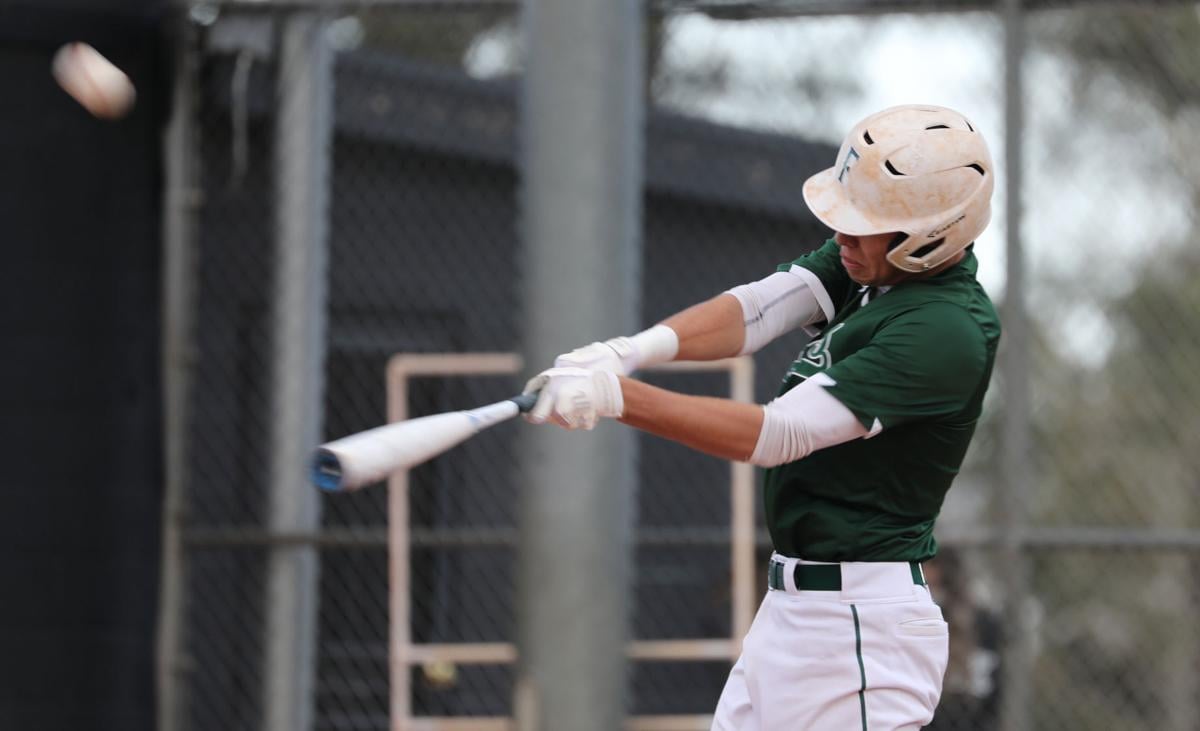 Flagstaff’s Josh Lenners (5) connects with the ball Thursday during a game against host Coconino. 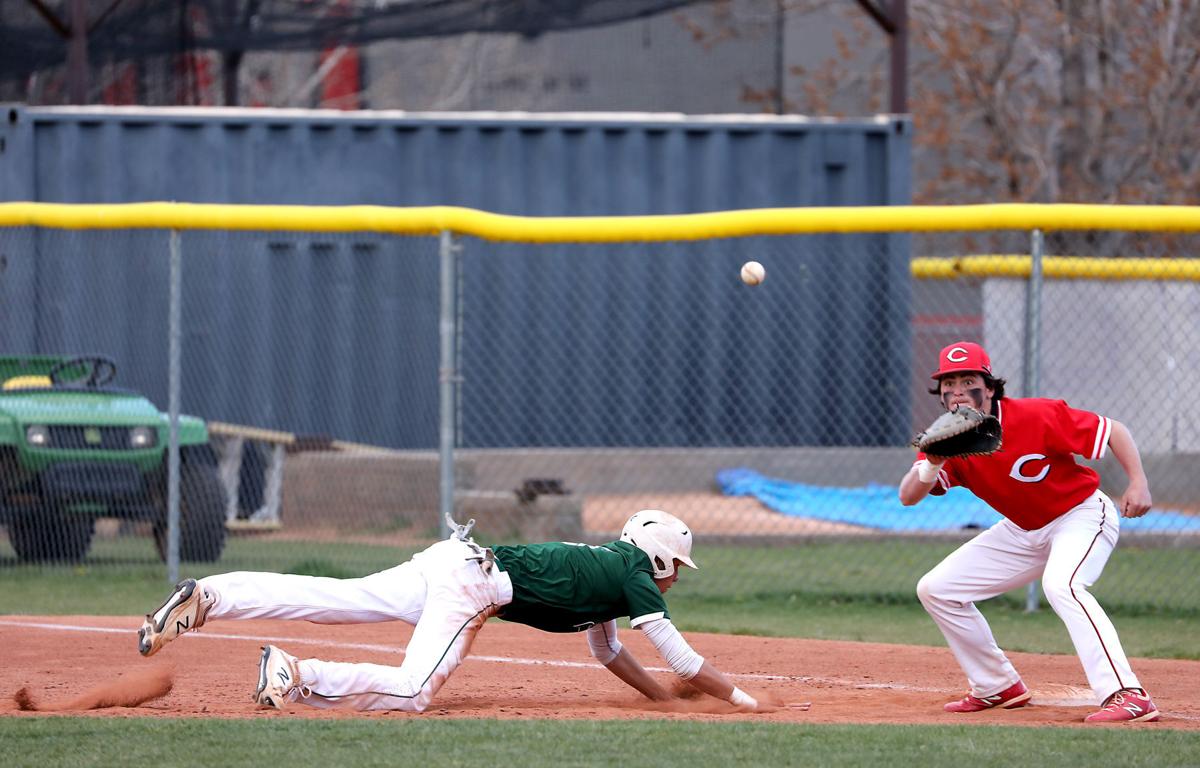 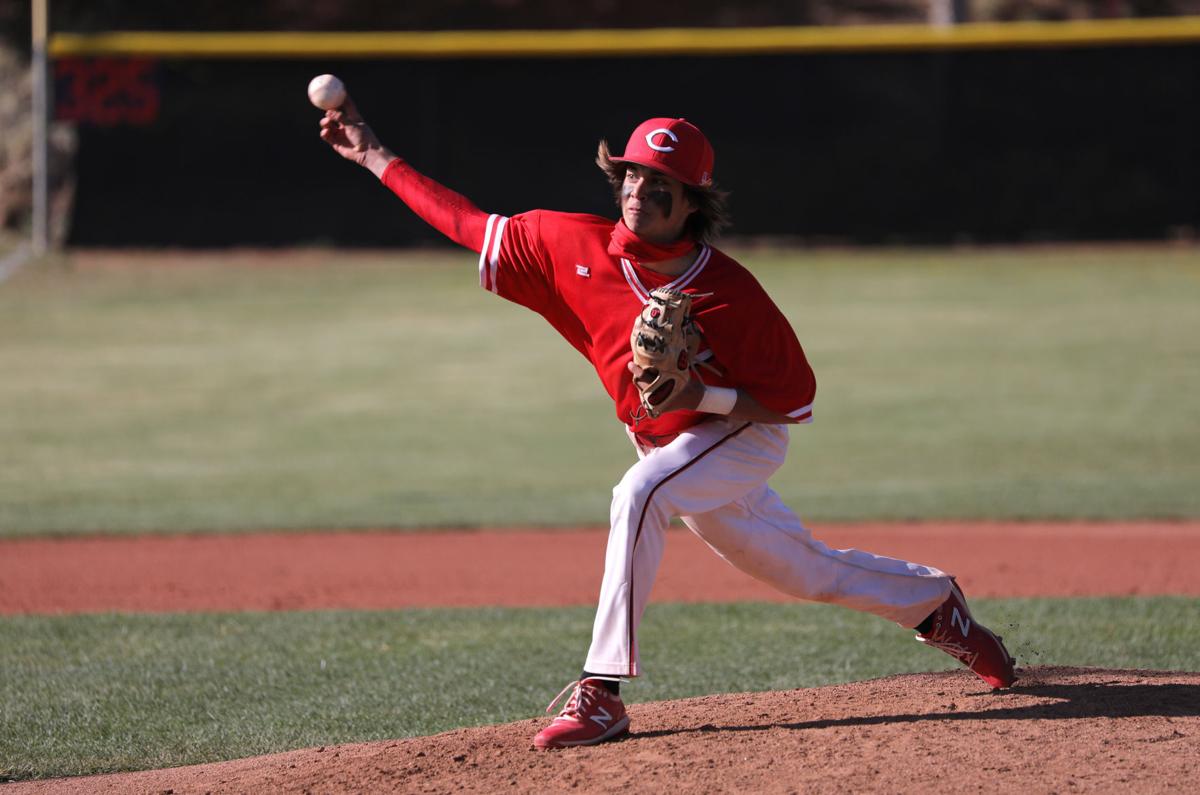 Flagstaff baseball swept its season series with Coconino Thursday, winning 11-5 across town after beating the Panthers, 5-3, two days prior at home.

Eagles senior Sylas Clerry led the way offensively, going 3 for 4 with a home run, three RBIs and as many runs scored. He also pitched a complete game, striking out five batters.

“I think we took a bit of a lull offensively in the middle of the season. And today we had a really good day offensively. So hopefully now we’re starting to come out of that lull and continue that here in the next few weeks,” Eagles manager Mike DoBosh said.

It is the first time since DoBosh took over the program in 2016 that the Eagles swept the Panthers in a two-game series. The two have split games since 2017 when Coconino (6-7, 4-6 Grand Canyon) won both home and away.

“It’s a testament to how hard our kids are working," DoBosh said. "This year we’ve got eight seniors, and we’re so proud of them to not only win as many games as they have already, but also beat Coconino twice. You know you’re getting their best every time."

The Eagles, ranked No. 6 in the 4A Conference as of Thursday, will wait a full week before their next game, an April 29 road contest at the Tempe Buffaloes (4-9).

Coconino, ranked No. 15 just inside the playoff bubble, will travel to take on the 5A No. 30 Lake Havasu Knights (3-10) on Saturday as the team attempts to snap a five-game losing skid.

Flagstaff’s Josh Lenners (5) connects with the ball Thursday during a game against host Coconino.