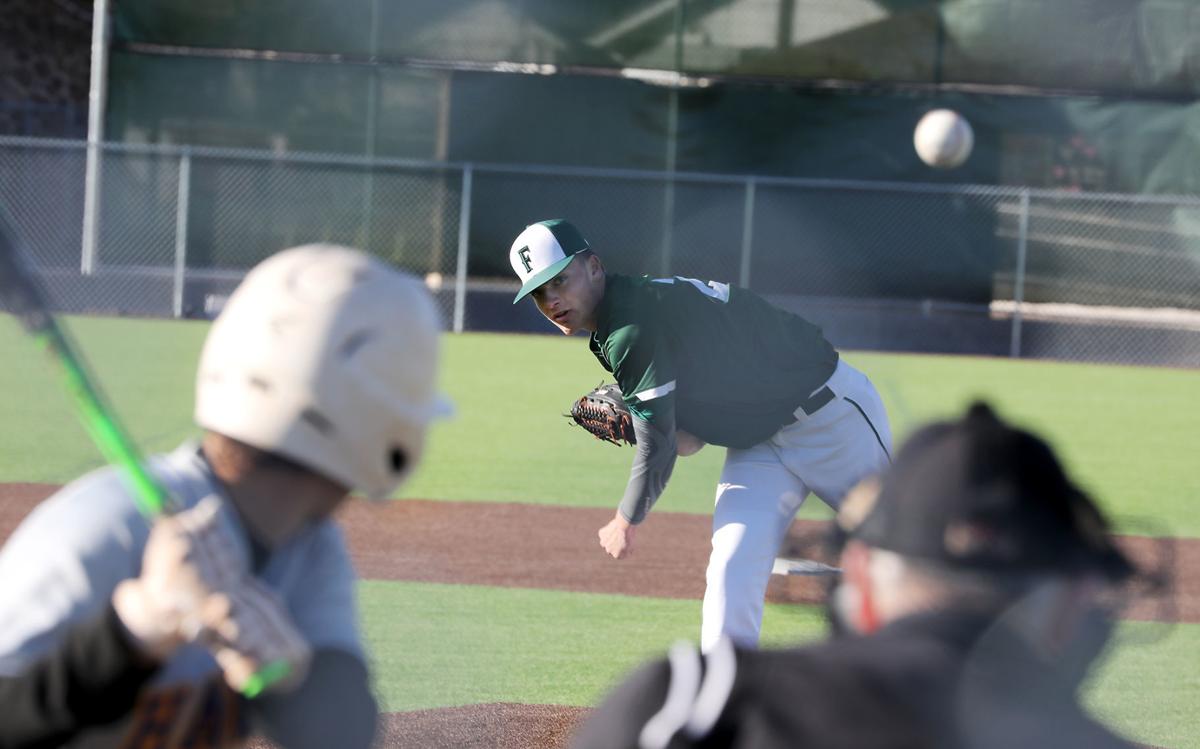 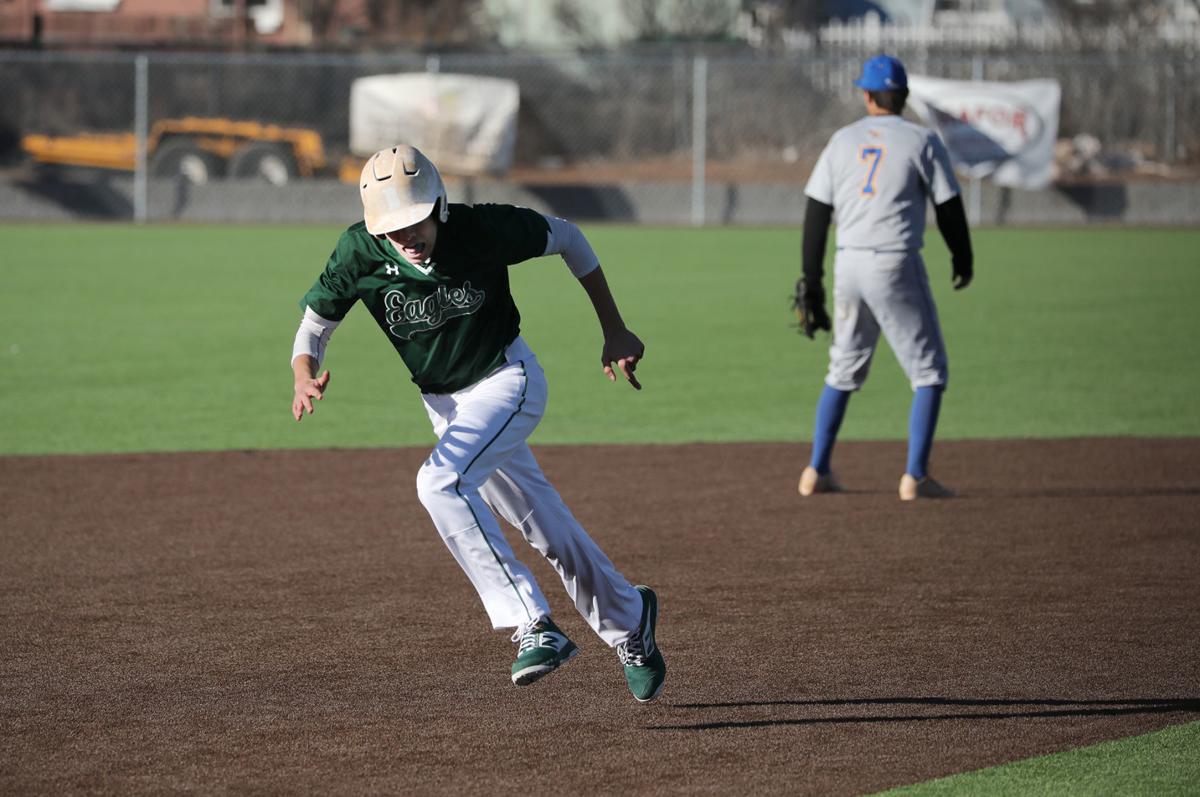 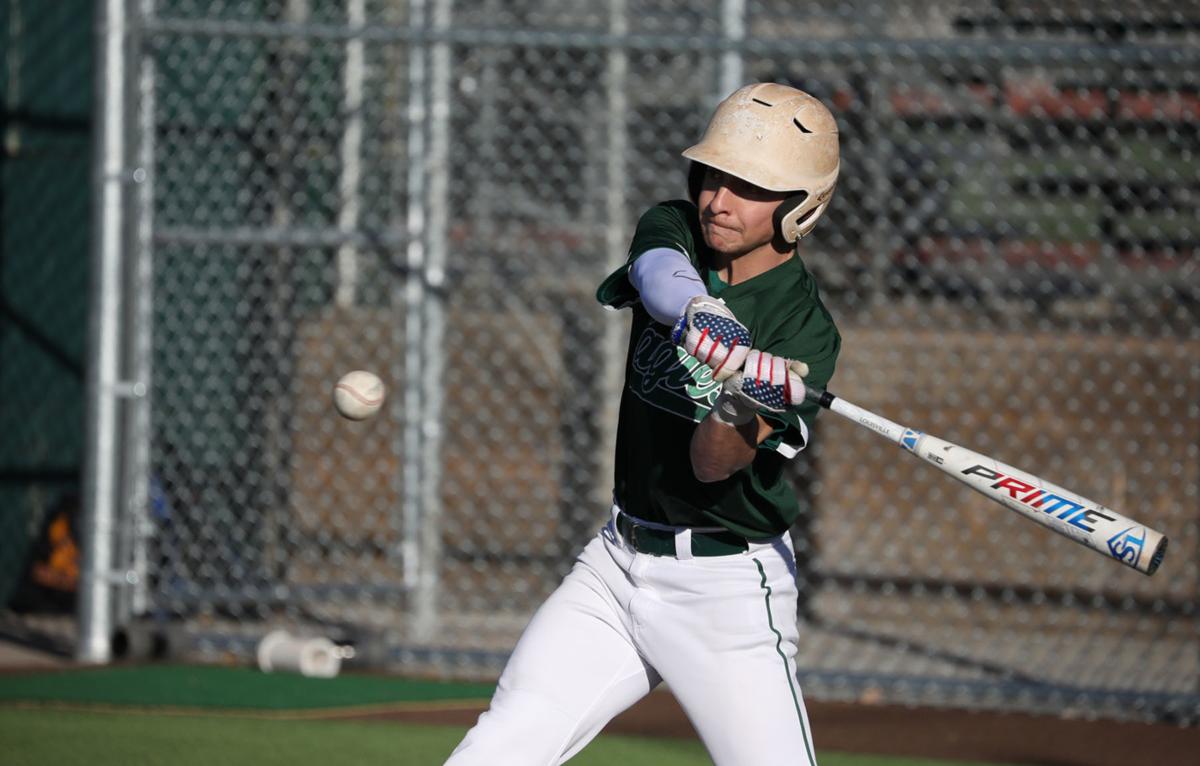 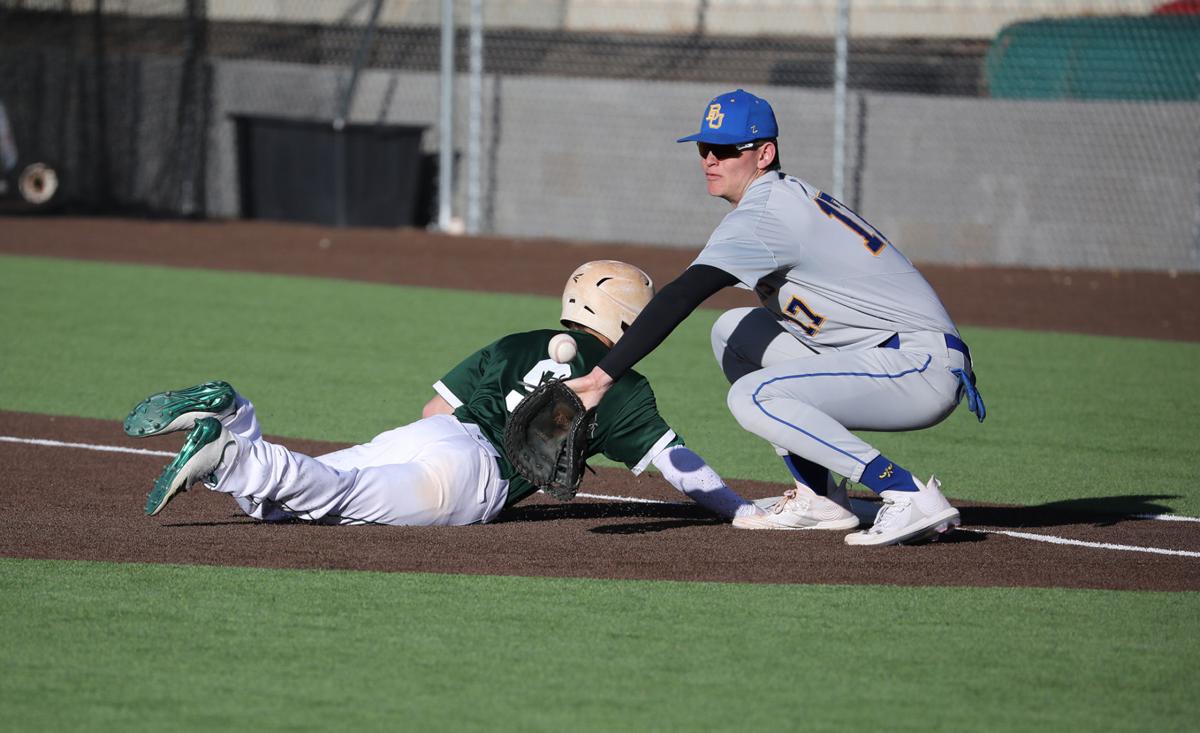 A dominant win was quite the way to break open a brand-new field for the Flagstaff Eagles baseball team.

The Eagles scored six runs in the third inning en route to an 11-1 mercy-rule victory over the Buckeye Union Hawks in five innings at home Tuesday afternoon.

"How else would you want to start with the opening of the new field," Eagles manager Mike DoBosh said. "What a great opportunity. We are very fortunate to be playing on this and we paid a little respect to the field today."

Just a year ago the Hawks got the advantage over Flagstaff in a 3-2 outing down in the Valley for the teams' season openers, as the Eagles couldn't figure out Hawks starting pitcher Brandon Compton. This year, however, the Eagles found a groove early with three runs scored in the bottom of the first on the visitor's No. 1.

Compton gave up just one hit but walked five and was credited for four earned runs in his two innings of work as Flagstaff opened up a 4-0 advantage after two frames in the contest between the two 4A Conference ballclubs.

After Spencer Smith hit into a flyout to right field, Justin Hanson hit an RBI double to the center-field warning track to bring in Faust and get the scoring going. Braeden Guerrero, the very next batter, hit a pitch to right-center field and flew down the base pads for an RBI triple.

Cornelius, who ran for Hanson, was tagged out at home for the second out of the frame as he tried to beat out a long throw for the score.

Luke Canizales hit an RBI single to shallow center field, then his cousin Stephen Canizales roped an RBI triple. The Eagles had three more hits until the Hawks finally stopped the bleeding with a strikeout as Flagstaff rallied with two outs on the board.

Flagstaff went with Hanson to start on the mound and he dominated the Hawks with 13 strikeouts and allowed just two hits in his five-inning showing.

Hanson got into a slight jam in the top of the fifth following a walk and a ground-ball single by the Hawks. Hanson, who opened the frame with a strikeout, got the Buckeye batter looking on a full-count pitch.

The lefty then got the next batter to hit into a fielder's choice to close the top half of the frame.

"Justin threw lights-out," DoBosh said. "That's upper-level stuff right there. He commanded the strike zone, multiple pitches for strikes. Put hitters in a bad count. He did it all today and that's impressive. His ceiling is really high."

Luke Canizales opened the bottom of the fifth by striking out looking on a borderline call on a full-count pitch. Stephen Canizales then was hit by a pitch and Sylas Clerry was walked to set up the potential winner.

Isaiah Mews had good contact on a swing but hit into a infield fly. Faust closed out the game with a grounder to right field to bring in Stephen Canizales and enforce the run rule.

As a team, the Eagles had 11 hits and drew six walks.

Flagstaff (1-0) will travel to Glendale for a 2 p.m. Wednesday ballgame down in the Valley.

Arizona Cardinals continue to bleed red for others during coronavirus pandemic