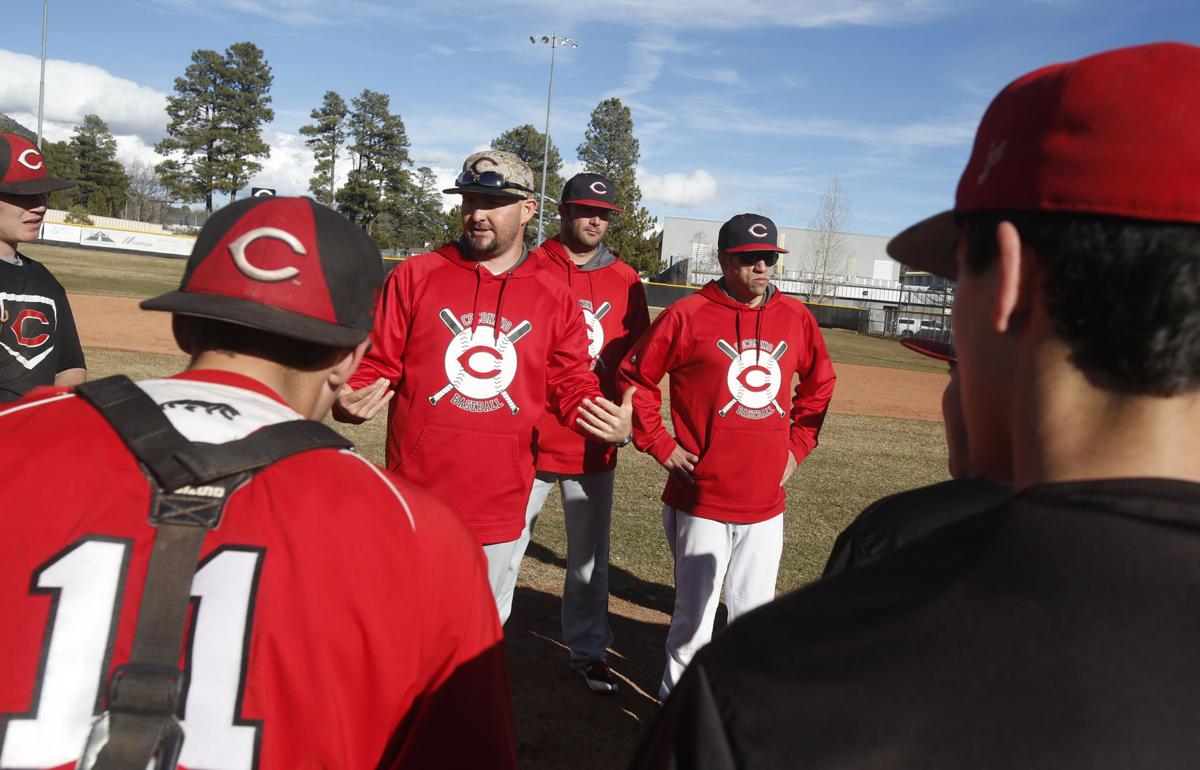 In this 2017 file photo, then Coconino Panthers manager Daniel Vander Valk speaks with his team during practice.

Vander Valk has been the skipper since the 2015 season and amassed a 50-42 overall record -- only counting games in the power-points slate, not tournaments -- in his five seasons with the program after taking over for longtime coach Ed Vesley.

According to an email from Eric Freas, Coconino athletics director, the entire staff will be replaced along with Vander Valk, who officially stepped down Wednesday night.

"Daniel has decided to step down as our head coach. We will be actively engaged in hiring a new staff," Freas wrote in an email.

Freas gave no other reason as to why Vander Valk stepped down. Vander Valk declined to comment when asked by the Daily Sun.

"Coconino High School (CHS) Administration and Coach Daniel Vander Valk recently had conversations regarding the needs and direction of the Panther baseball program," the statement read. "A decision was made by both parties that the program needed to make changes. Vander Valk stepped down from his position as coach on the evening of Wednesday, Jan. 20, and briefly addressed members of the baseball team afterwards sharing that he was no longer serving as coach.

"The school will begin a search for a new head coach and will be in communication with stakeholders during the process. CHS remains committed to enhancing opportunities for our student athletes as we look forward to starting a new season. Mr. Vander Valk continues serving in his capacity as a teacher in the physical education program at CHS."

Sources close to the baseball program told the Daily Sun that a group of parents voiced their concerns about Vander Valk's coaching style, but it is unclear at this time if that led to him stepping down or what other complaints the group might have voiced.

A few former Coconino baseball players, and a handful of parents, took to Twitter to support Vander Valk, while others appeared to be in support of the change that was made.

The baseball season does not have an official start date, but will likely begin sometime around March after winter sports are over.

Flagstaff Unified School District and Coconino Community College campuses will be closed Monday, Jan. 25 due to inclement weather. Both FUSD a…

For the first time in a years-long tradition, Coconino County’s top spellers are free from the anxiety-inducing judges, crowd, stage and micro…

In this 2017 file photo, then Coconino Panthers manager Daniel Vander Valk speaks with his team during practice.