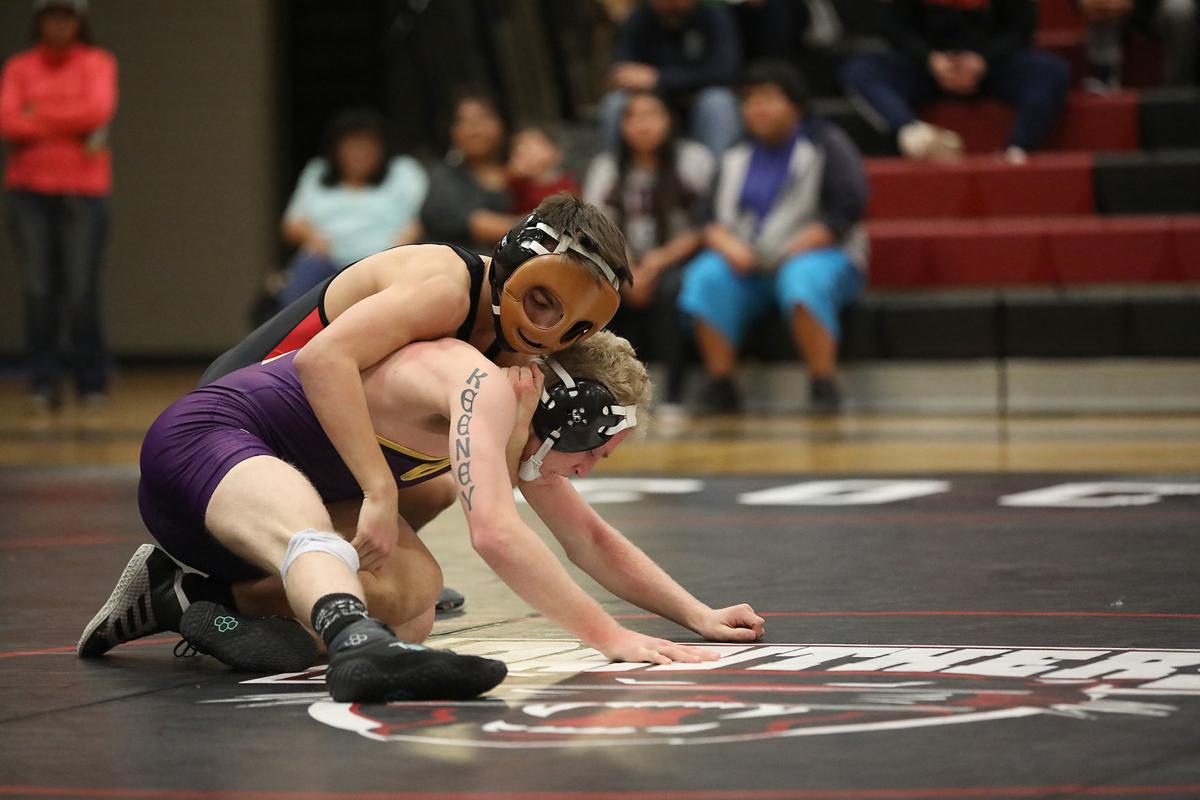 Coconino’s Cooper French wrestles in the 126-pound weight class during a match earlier this season.

Pedro Billups won the 120-pound weight class, three of his teammates came away as runner-ups and Division III Coconino finished second as a team at the Section Four tournament on Saturday at Payson High School, qualifying eight total wrestlers for the state championships that start next weekend.

"We stumbled a bit, but part of that is the struggle of putting the puzzle together as opposed to having a sculpture and just polishing," Schmieder said, adding that it's good to be back in the mix when it comes to the section known for producing studs.

Coconino tallied 146 points for the silver medal, edging third-place finisher Mingus Union's 145 total points. The Panthers flirted with taking over the top spot, but Chino Valley continued to pull away down the stretch of the long day and claim the crown with 157 points.

Second-place was a "bitter-sweet finish" for the Panthers, who were glad to hold off the Marauders.

"People didn't think we would be a contender, so for us to roll, we had Chino scared to death," Schmieder said. "They were picked to win it from the get-go, and we had them worried."

It was the second straight year that Billups finished with a gold medal after winning at 106 pounds a year ago for the Panthers, who had to make decisions this season about who would end up competing where. The senior received a first-round bye and went on to record three consecutive technical falls for the title.

To qualify eight, Schmieder said, was a "huge achievement" for the Panthers.

D-III Flagstaff had one wrestler make it to the state tourney as 138-pounder Zach Collins placed third Saturday at Payson.

Page finished fourth as a team in the Section Four tourney on Saturday in Winslow, registering 96.5 points and qualifying six wrestlers for the D-IV state tourney that begins Friday.

Page also had a repeat occur, as Zachery Ruiz placed first at 113 pounds as he looks for a second straight gold at states as well. His 145-pound teammate Kaleb June also walked away from the mats with gold around his neck.

Coconino’s Cooper French wrestles in the 126-pound weight class during a match earlier this season.